Throughout golf’s illustrious fashion history, some ensembles have pushed the boundaries to make us laugh, or perhaps hang our heads a little. (Think Payne Stewart’s knickers).

But Bill Murray gave Stewart a run for his money this week in Green Cove Springs, Florida. Murray and his brothers joined together for their  14th annual Murray Brothers Caddyshack Charity Golf Tournament, a two-day event full of golf, concerts, and entertainment. The proceeds of t 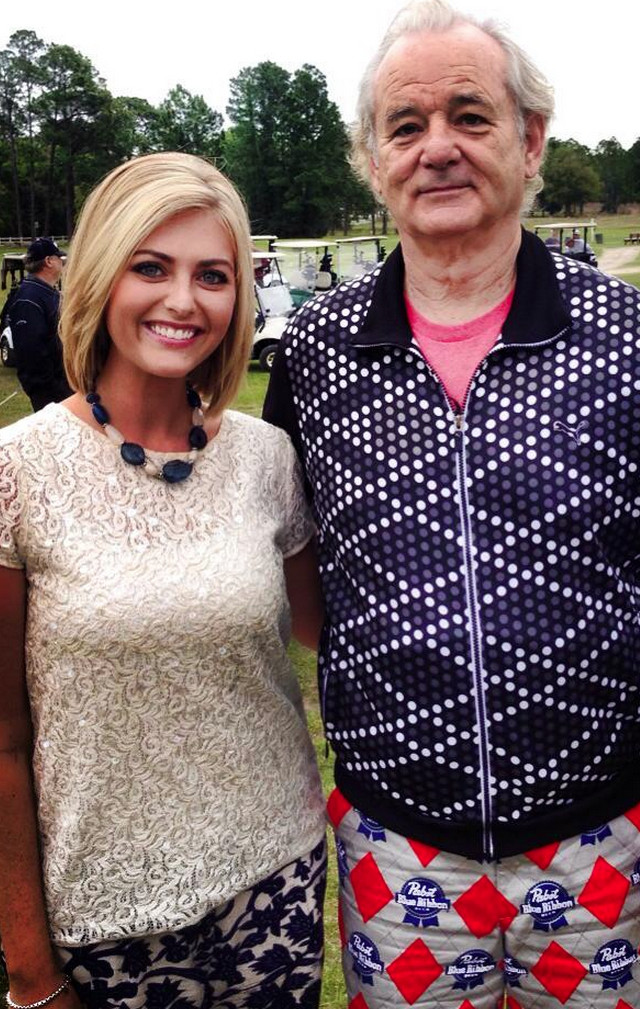 Was this a conscious fashion choice for the comic great?

“Usually it’s whatever is clean,” said Murray, according to FirstCoastNews. “And I’ve always been partial to Pabst Blue Ribbon. Goes well with bratwurst.”

Murray went so far as to advertise the flexibility of his ensemble. “You can wear this anywhere,” he said. “It crosses all socio-economic barriers.”

Murray has been famous for his comedic stunts on and off the golf course. Some highlights include sitting on the lap of a scorekeeper back in 1999, wearing jean overalls and ghile suits at Pebble Beach, knocking the hats off elderly spectators, eating a fan’s sandwich in 1995, passing out wine bottles,  and sporting various psychedelic outfits that push the boundaries of golf fashion.

For all his stunts, Murray boasts a 7.5 handicap and competes yearly in various tournaments including Pro-Am Charity events. And, of course, he won the Masters (on film) as the infamous groundskeeper Carl Spackler in the 1980 Harold Ramis flick Caddyshack.