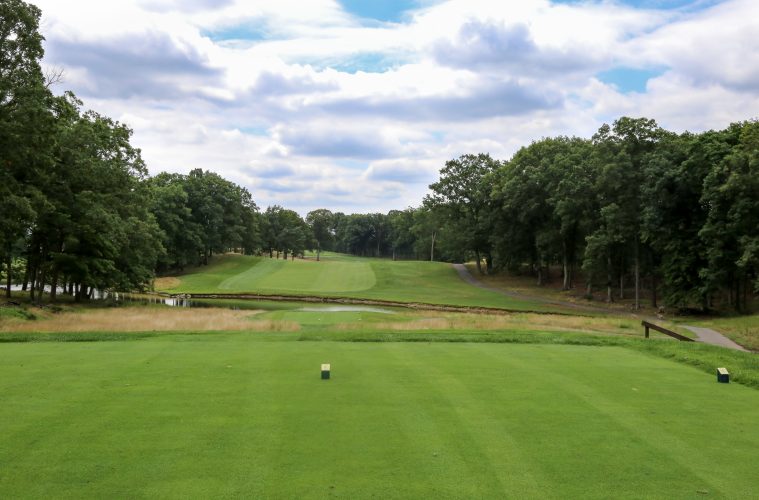 Golf clubs that came into being during the Golden Age of Architecture in the 1920s were blessed with some of the finest creators the sport has produced and North Jersey CC was fortunate to have as its designer the talents of Walter John Travis.

Australian by birth but spending the bulk of his adult years in the United States, Travis possessed an array of talents.

Amazingly, Travis did not intersect with golf until nearly 35 years of age. His rapid talent ascension would have him win three U.S. Amateurs and becoming the first player from America to win the British Amateur. In 1902, he T2 in the U.S. Open.

Travis was a prolific writer and his fascination with golf expanded to the creation of golf courses. His designs generally mandated careful thinking in tandem with strategic golf. He also included array of intriguing green contours that bedeviled all but the most accomplished of players and provided the underpinnings of his designs.

Travis designed North Jersey late in his life — the course formally opening in 1923. Sadly,, Travis would die at the age of 65 in 1927.

His notable courses include Garden City Golf Club in New York, Ekwanok in Vermont, Hollywood in New Jersey and CC of Scranton in Pennsylvania to name just a few of his most renown efforts.

North Jersey, like a number of other stellar courses that came into being during golf’s Golden Age was altered over the years — a number of changes clearly deviated from the Travis effort. The intricacies of the greens were compromised so that only several of them remained intact.

One of the most challenging of holes is the par-4 8th. The hole has been located in different parts of the routing previously in the 5th position.

As years passed the hole became engulfed with dense woods flanking both sides of the hole. The lack of exposure also played a role in lessening turf quality as sunlight had to fight to penetrate the invasive canopies.

The inclusion of different design ideas over the years meant a hodge-podge of perplexing outcomes with the Travis original thought process badly served.

Fortunately, the club has seen fit to resurrect itself and the hiring of Renaissance Golf Design with architect Brian Schneider leading the way is now putting into motion a return to its original intent.

The 8th is a quality two-shot hole. The pulling back of the tree canopy has exposed the natural terrain movements. Players hit over a small rise to a landing area that also includes movements. When firm and fast the necessity for placement is paramount.

The key rests with the approach. The target is not overly big and the ingenuity of Travis is on full display with a green that commands total respect. Missing to the right only ensures an extremely difficult recovery as the green falls away from that side. Travis also included pockets for the flagstick to be located and those sloppy with the approach will need to be especially mindful to avoid three-putting.

The 8th contains no bunkers and the challenge comes from the land itself. Those fortunate to walk off the green with a par should rightly celebrate the accomplishment.

The selection of Renaissance, under the watchful eye of Schneider, has curtailed the folly in adding more mindless wholesale changes that only further buried the legacy of Travis. Current club leadership is to be congratulated in realizing how far they strayed off course, no pun intended. More work remains to capture the true identify but the momentum is building and heartening.

The 8th is engaging architecture and a forerunner for the type of quality golf that can be front and center.