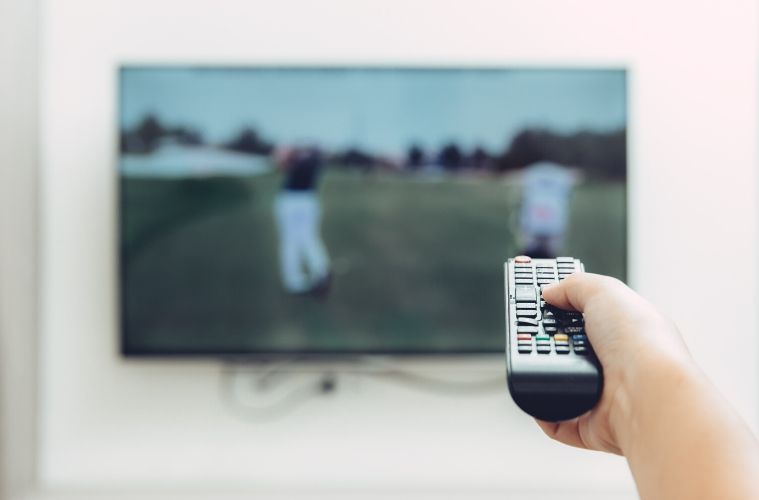 4 Tips for Watching Golf on TV

Golf should be seeing a massive surge in TV ratings real soon. “Why?” you may ask. It’s because there are no other sports on right now. Millions of sports fans are clamoring to watch some kind of athletic competition, no matter what it is. Golf is the only show on right now, so it should enjoy its time in the spotlight because football is on the way. Golf isn’t as exciting and fast-paced as basketball or hockey, and it doesn’t have the bone-crushing hits that football does, but it’s entertaining in its own way. There is suspense from shot to shot, and the final round is an emotional ride. Don’t let the haters get you down and say that golf is boring—they’re boring. You can watch The Masters on your giant sectional with the boys and some drinks, the same way you can watch the Super Bowl. If you’re new to the game, here are some tips for watching golf on TV.

If you are a casual fan of the sport, stick to the major tournaments. They will have the biggest names, the best players, and the most fans in attendance. You wouldn’t watch a minor league baseball game on television, so don’t watch amateur golf either. You want to see the tough shots, the bad shots, and the hot shots burn up a course. Once your appreciation for the game grows, branch out.

Being an active participant in golf increases your enjoyment while watching it. It’s better if you have a basic understanding of the game and why players are doing the things they are. Watching football for the first time is confusing because of the nuances in the game and the constant changing of players. All sports have their own subtleties that take a while to pick up on, so being a player makes it easier to be a watcher.

Not having a rooting interest in a specific player will guarantee that you’ll fall asleep on the couch. Race fans root for their favorite drives and basketball fans root for local or regional teams. Find a player who piques your interest, and follow their career on and off the course. There are some colorful personalities in golf, past and present. Find one and cheer him or her on during the tournament.

Most things in life are more enjoyable when shared with friends. This brings us to the most important tip for watching golf on TV; do it with a friend. Be that trendsetter who throws the first U.S. Open party in the neighborhood. Cook up some burgers and dogs, ice down some beers, and invite people over to watch golf with you. Make it as fun or chill as you want, but don’t watch alone.