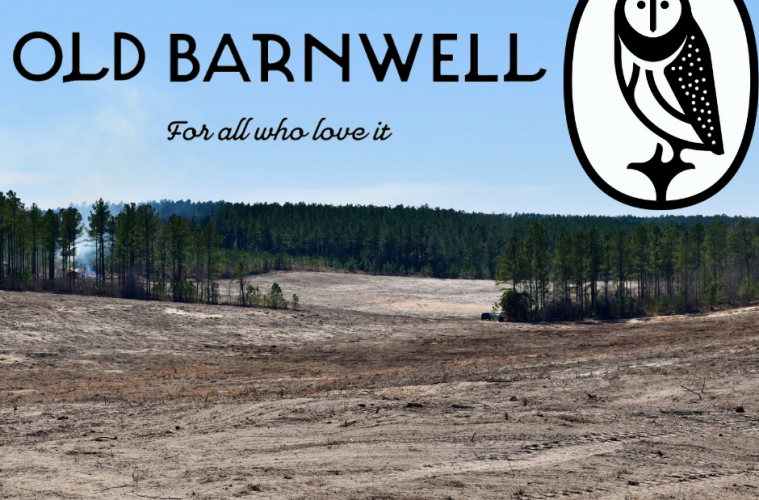 Nick Schreiber is the founder and owner of Old Barnwell, a golf club under construction near Aiken, South Carolina with a mission to bring people together through golf.

Born and raised in the suburbs of Chicago, Nick was introduced to golf by caddying at venerable clubs like Onwentsia, Old Elm, and Shoreacres. Though never a great player, he developed a keen interest in golf course architecture in recent years, and his hope is to bring an exceptional golf experience to a wider array of members, while simultaneously supporting aspiring female pros, students at HBCUs, and the communities surrounding Old Barnwell.

He currently resides outside of Charleston, South Carolina with his wife, Sarah, and two sons, Henry (4) and Emmett (2). 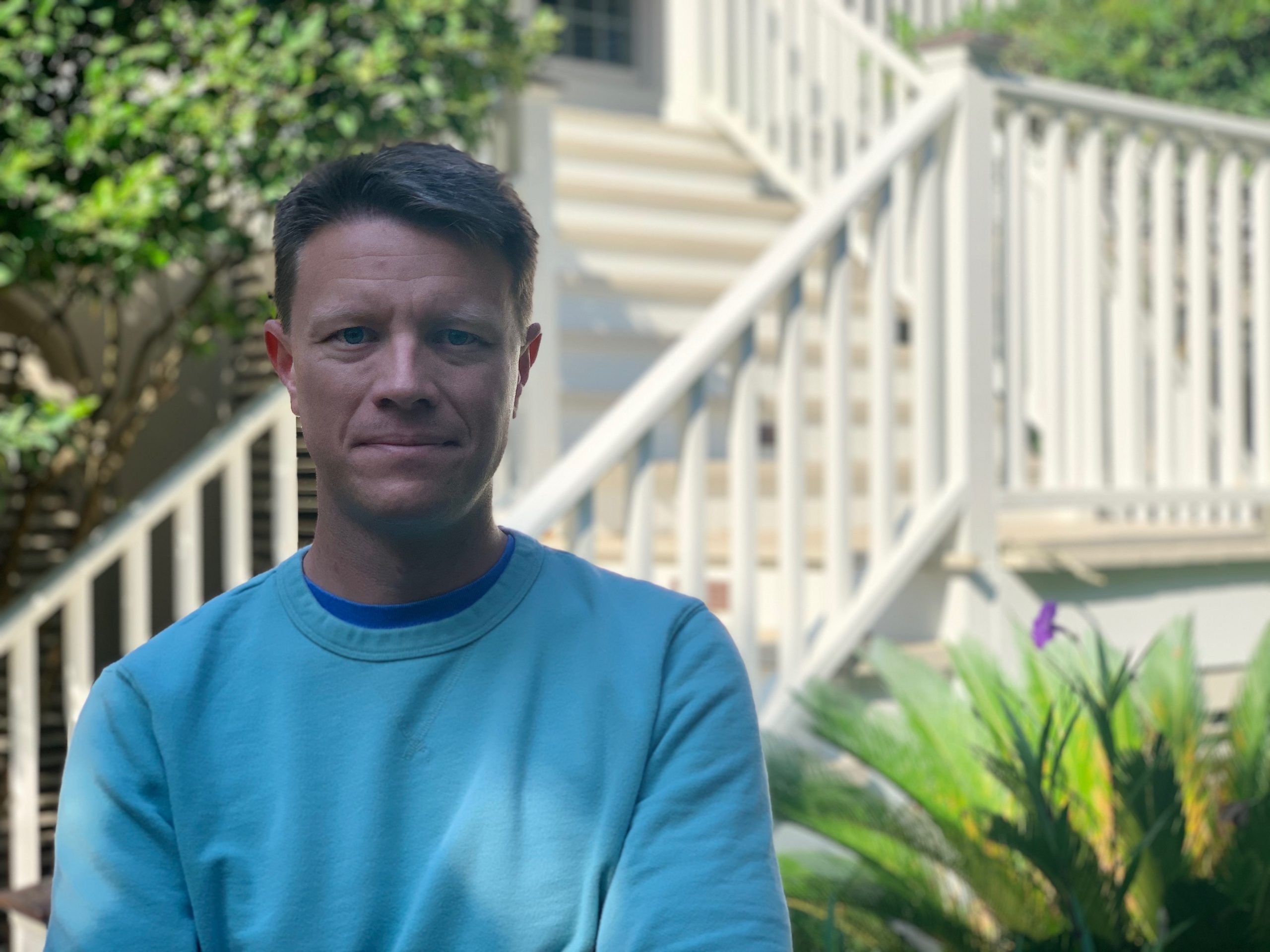 As a kid, my father didn’t golf. But when my brother and I became obsessed in grade school, he decided to take up the game as well. Like many who play the game, golf has since provided me with countless and invaluable memories with my him, my family, and my friends.

One of my favorites was walking up the sixth hole at Pebble Beach for the first time. I was 16, and I had never experienced a natural setting as beautiful as that location in my life, let alone a golf hole that was that dazzling. I turned to my father and said, “I think this is the best moment of my life so far!” He smiled and said something to the effect of, “Well, just wait until you have children.” Now, as a father of two young boys, I know that, as good as golf can be, it’s never better than when shared with those you love.

To be a better and more grateful person than I was the day before. I don’t always succeed in my quest for continuous improvement, but I have so much to be grateful for that it’s pretty easy to thank my lucky stars each morning when I wake up, and again before I go to bed.

What was the genesis for the idea in creating golf at Old Barnwell and later with The Gilroy?

The genesis of this project was, unfortunately, born out of my personal struggle with addiction. I had achieved some success professionally and personally, but I failed to appreciate what I had. When I decided to chart a new course, I was in a remarkably fortunate financial position where I could pursue something that I was truly passionate about, and do so in a way that might make an impact along the way. And so, the idea of building a club with a mission to bring people together through golf was born.

You likely scouted out different locations — what drew you to the immediate Aiken area of South Carolina.

In a word: sand. I spent twelve months traveling to more than 50 sites in the southeast, searching for sandy soil and interesting topography. Aiken and its surrounding communities have both. If this property had been in the middle of nowhere, I likely would have moved forward anyway, but Aiken’s people, its charm, and its sporting heritage are undeniable assets for our club and our members. 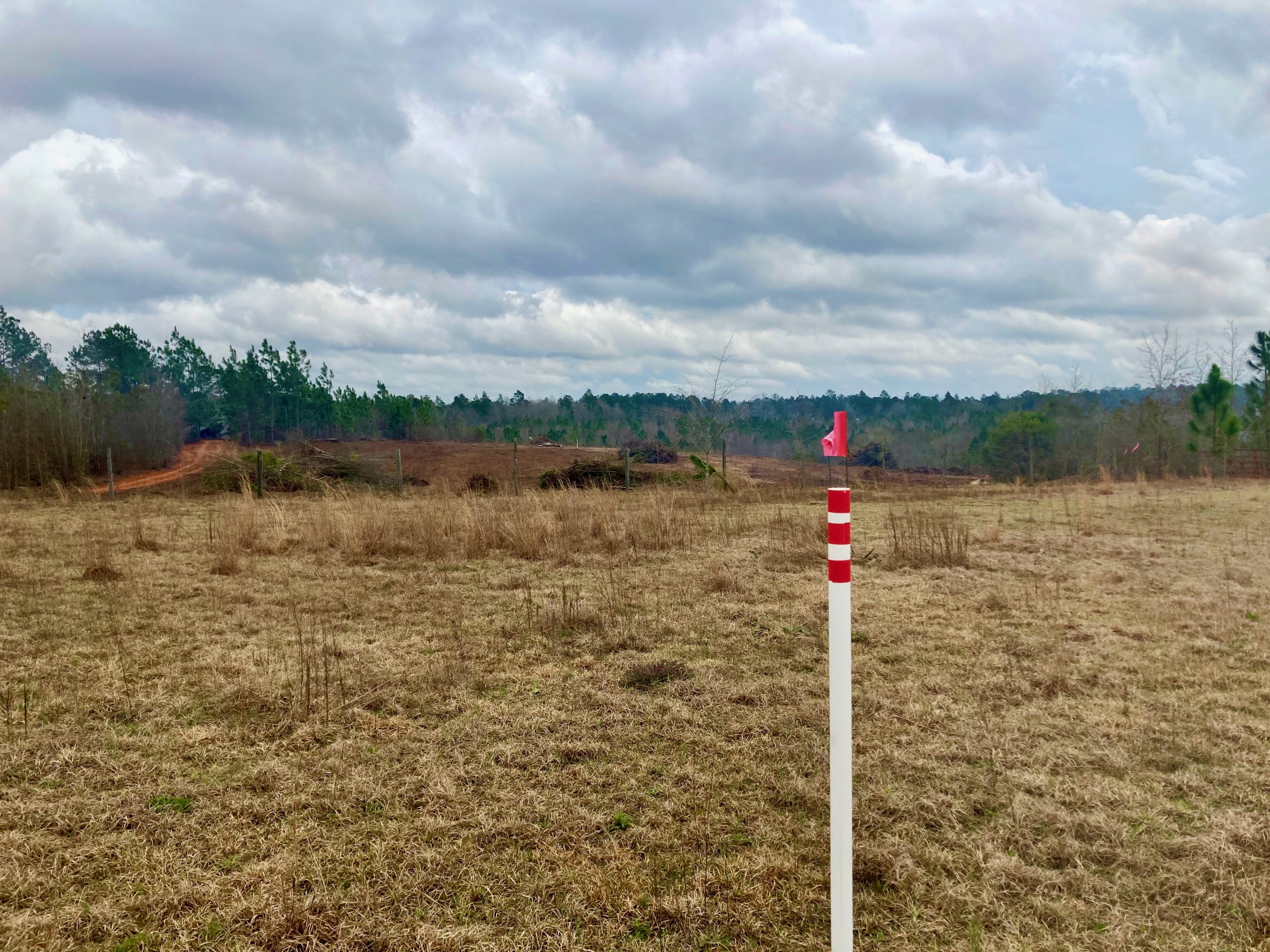 4th Hole – Short par 3 over a Valley as seen from the Tee. The White Pole in the Distance is the Green Site

How long did the process take in identifying Brian Schneider and Blake Conant as the co-architects — and what was the tipping point in hiring them?

Not long at all. I knew I wanted to do two courses from the beginning, and I knew I wanted Brian to do the first, and Blake to do the second. I had read their writing, listened to them on podcasts, and I had heard great things about them from folks in the business who are way smarter than I am. It just so happened they were willing to work together on both.

Interesting, you were quoted in saying that the first of the two planned courses will have “a sense of humor.” What did you mean by that?

Golf is a game, and games are supposed to be enjoyable! From my perspective, the most fun shots to hit are recovery shots – the types of shots that you have no business pulling off, but after you do, you can’t help but smile and laugh at the sheer ridiculousness of this sport.

So, Brian and Blake have created a routing and a design strategy that may put you in some compromising positions, but they also offer you the chance to get creative with your response, hopefully provoking a s giggle here and there. 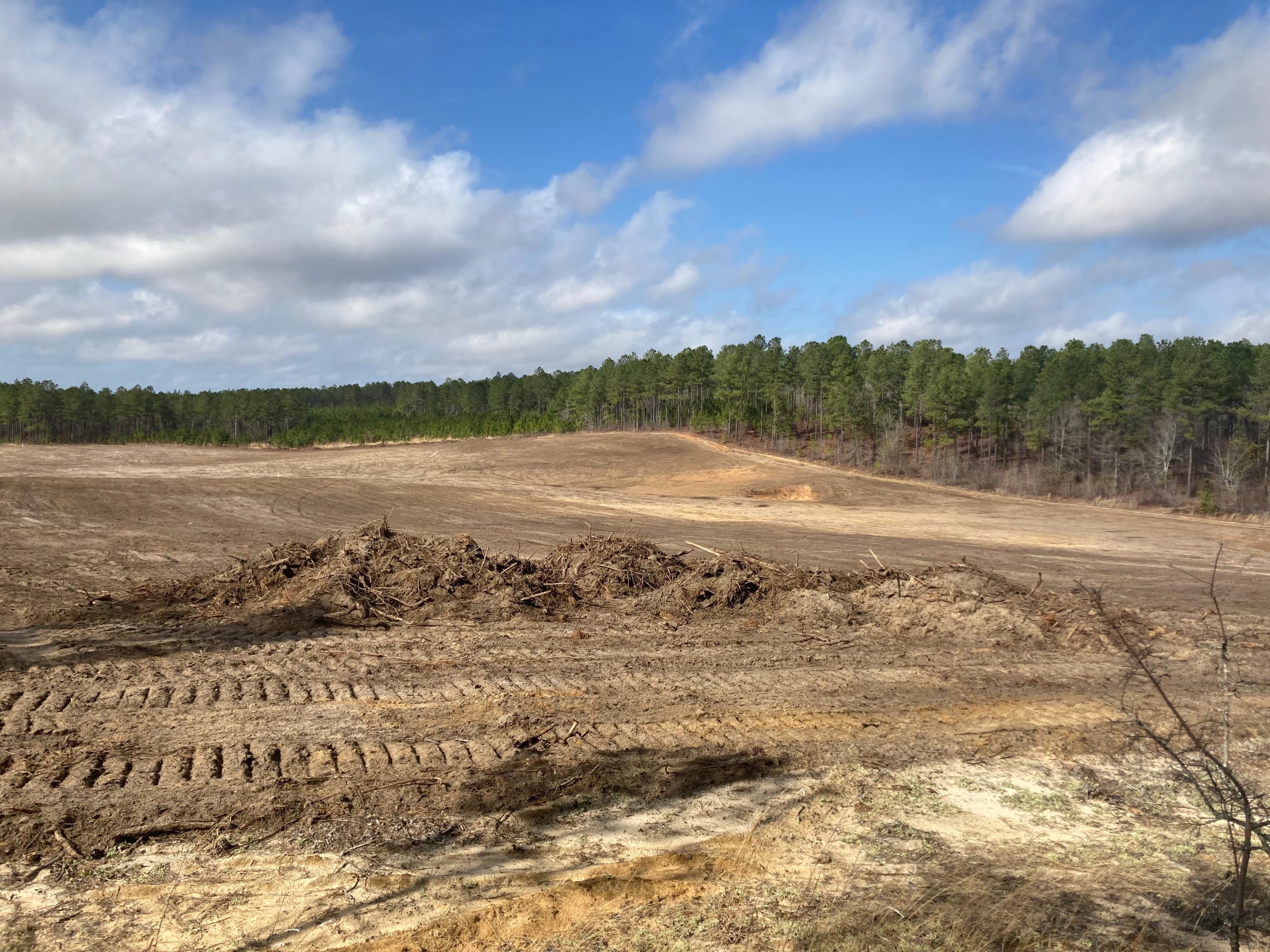 7th Hole. Viewed from the Side, the Central Feature on this Par 4 is the Hill that Blankets the Right Side of the Fairway.

When you look at golf on the broadest level — is there something missing you’re attempting to bring back into focus with your efforts?

I don’t know if its missing, per se, but one thing that isn’t as widespread as I’d like to see is the game of golf being used to generate opportunity for folks not usually associated with the game. I was lucky enough to caddie when I was younger, and in high school I was introduced to some hugely successful individuals. As an adult, I’ve been lucky enough to play alongside those same types of men and women, and those chance meetings have generated opportunities to expand my network, enhance my business acumen, and in some cases, immediately advance my career.

It’s a weird sort of location-based opportunity: If I can get access to this course, I’m likely going to meet some pretty impressive people. If  I am given access to these impressive folks, I’m likely to get something out of it that I can in turn use in my own career. I want to create more of that at Old Barnwell.

What kind of letter grade would you give the major golf organizations — USGA, PGA of America, R&A, PGA and LPGA Tours — in growing the game — specifically to Millennials, women and minorities?

Honestly, I’m in no position to give any of those organizations a grade, nor do I think judgment is the most productive practice in this case. Each of these entities has a vested interest in bringing golf to a larger population, which is not an easy task.

Some of these groups have been more successful than others, and others have a less than stellar track record in the past, but I’d like to think they’re all moving in the right direction.

All I can say is that the women’s game is as exciting as it’s ever been, at least since I started watching golf in the late 1990s. And when I go to the local driving range with my 4-year-old, there are plenty of young men and women with their kids out there trying to make solid contact.

You can change one thing in golf unilaterally — what would it be and why?

Abolish the golf cart for anyone who is healthy enough to walk.

I live in Charleston (SC), which gets quite tropical in the summer, but I still believe that golf is at its best when enjoyed while walking. The camaraderie between the players, the appreciation of nature, and just the overall experience is enhanced when walking. The only exception would be on days where temperatures soar above 90 degrees. On those days, by all means, take a cart! 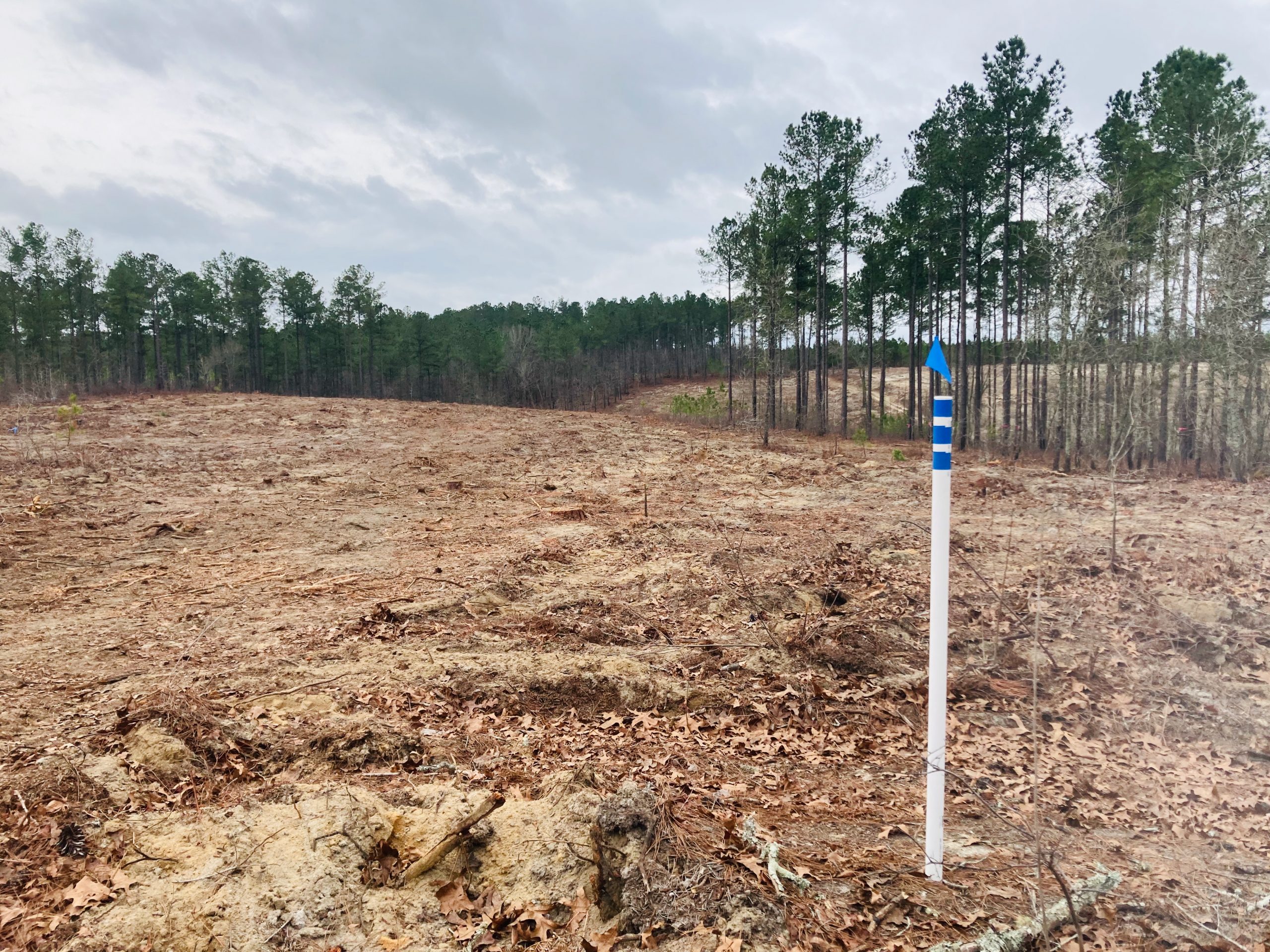 9th hole. This image of the Driveable Par 4 is from the Green Looking Back to the Tee.

Failure is a prerequisite for success. My Godfather, who was a somewhat controversial, but truly remarkable priest, spent his whole life devoted to social justice. He had more stories of failure than I’m sure he cared to admit, but in each of those instances, when he was faced with those failures, he made a deliberate decision to keep moving forward.

He wouldn’t have been as influential or have made as big an impact as he did without having failed as many times as he did.

You’ve got one course to play and three other people to join you — where do you play and who’s in your foursome?

A ramshackle, old resort course in Baileys Harbor, Wisconsin called Maxwelton Braes. It was long past its heyday when I began playing there as a kid, but it’s where I learned to love the game.

Alongside me on the first tee, I’d love to have my parents, whom I owe so much, and my childhood buddy Peter. Given our lack of collective talent, you can be sure we’d bring a sense of humor to our round together.