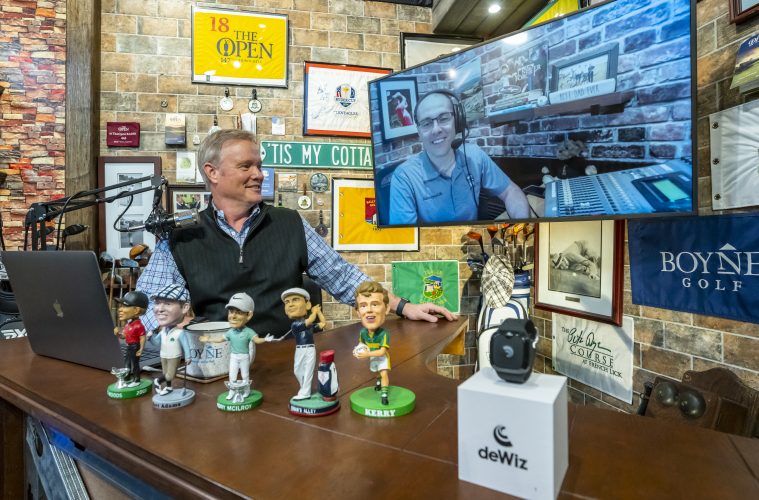 Adams Blazes a Golf Media Trail with Passion and a Plan

Author and personality Matt Adams is a veritable golf media titan reaching an audience in the billions on various platforms. Beginning in 2006 with Fairways of Life, he has written twelve books including two New York Times Best Sellers.

2006 would become a nascent year for Adams. While still serving as general manager of Newport National Golf Club in Rhode Island, he started a golf interview show on XM Satellite Radio featuring legends of the game.

He then launched his Fairways of Life program (fairwaysoflife.com) on Sirius XM PGA TOUR Radio eventually becoming an impactful on-air presence on Golf Channel and NBC Sports. Fifteen years later, he has become an omnipresent golf reporter and raconteur.

In 2020, Adams began construction on his own TV studio in Orlando. The Fairways of Life Show is now the largest, most listened to, and most widely distributed daily live golf talk show in the world. 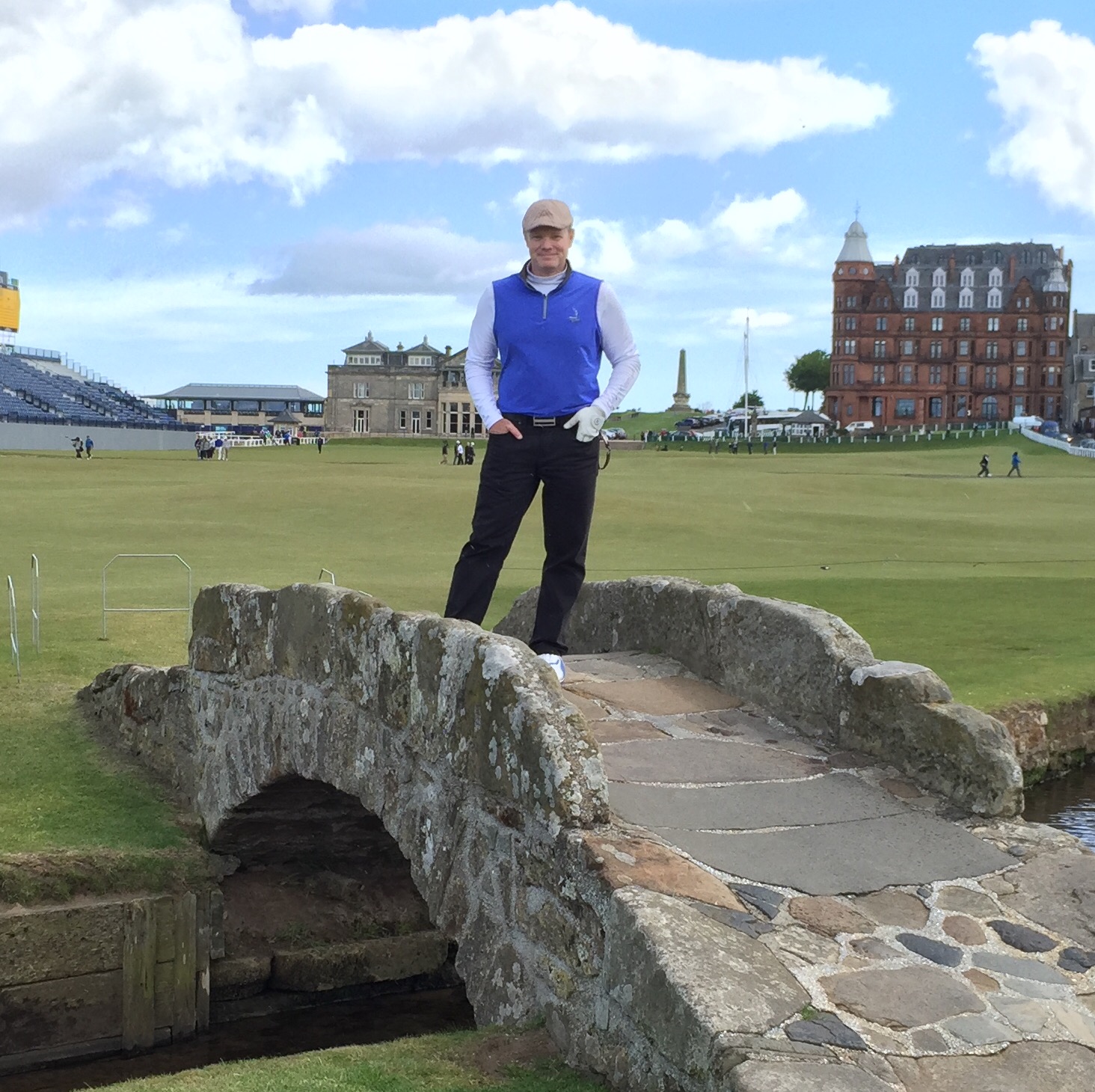 At the end of 2021, the program had nine billion video views on YouTube Live, the Fairways of Life Apps, and the show’s syndicated national sports network including AT&T SportsNet, Bally Sports, NBC Sports, NESN, and Root Sports.

Despite the enormity of Adams’ success, his mission remains basic. “I consider myself a storyteller,” says the 58-year-old New Englander, born in Hartford and raised in Rhode Island.

“Domenic Scarano, my producer, is a critical piece in what we do, and I have the best staff in the world. The mission of Fairways of Life is to share my passion for the game of golf.” 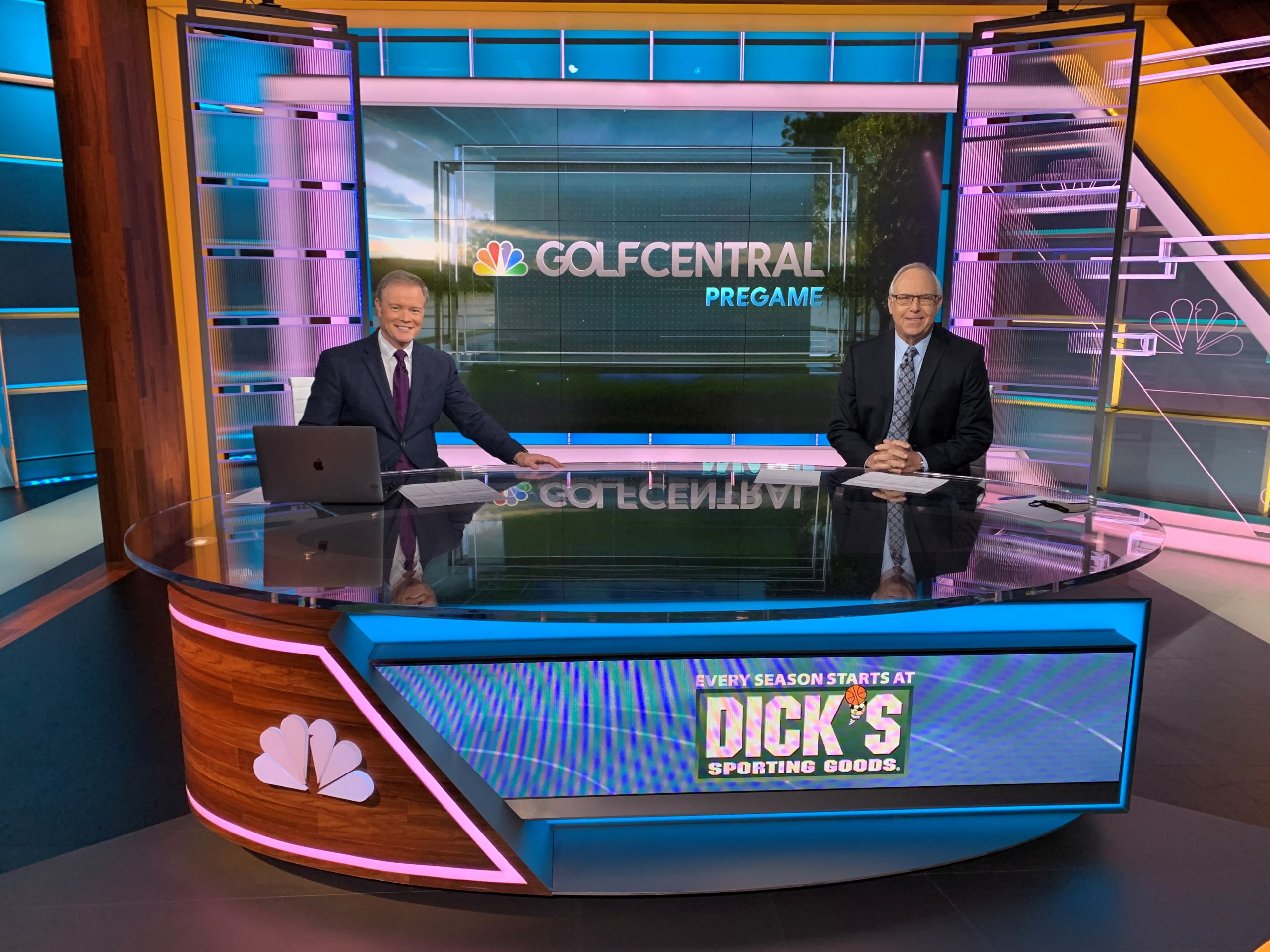 And share he does. In addition to his vast Fairways of Life empire, Adams has more than 30 years experience in the sport working in club operations and management. He is also an expert in golf equipment and technology having built and/or designed golf clubs for Nicklaus, MacGregor, Ram, and Wilson.

The Providence College graduate is a golf historian and has interviewed up and comers and the glitterati of the game, hosting broadcasts from every Major Championship and multiple Ryder Cups.

He talks about the current state of the golf, “I really believe that golf is at its height right now. The talent is deeper than ever. With the technology available, training, and improving college programs, players are coming to the PGA TOUR ready to compete and win.”

Adams stresses the game’s outreach to heretofore underserved populations stating, “The game’s governing bodies are communicating more and embracing a larger demographic. There is a greater percentage of females coming to the game. It is important that we make people feel welcome. Retention of players and fans is essential.”

One thing is for sure, both players and fans are enthused about the 2022 U.S. Open returning to The Country Club in Brookline, MA, June 16-19. Adams, who moved with his family from Rhode Island to Florida several years ago, shares their excitement. 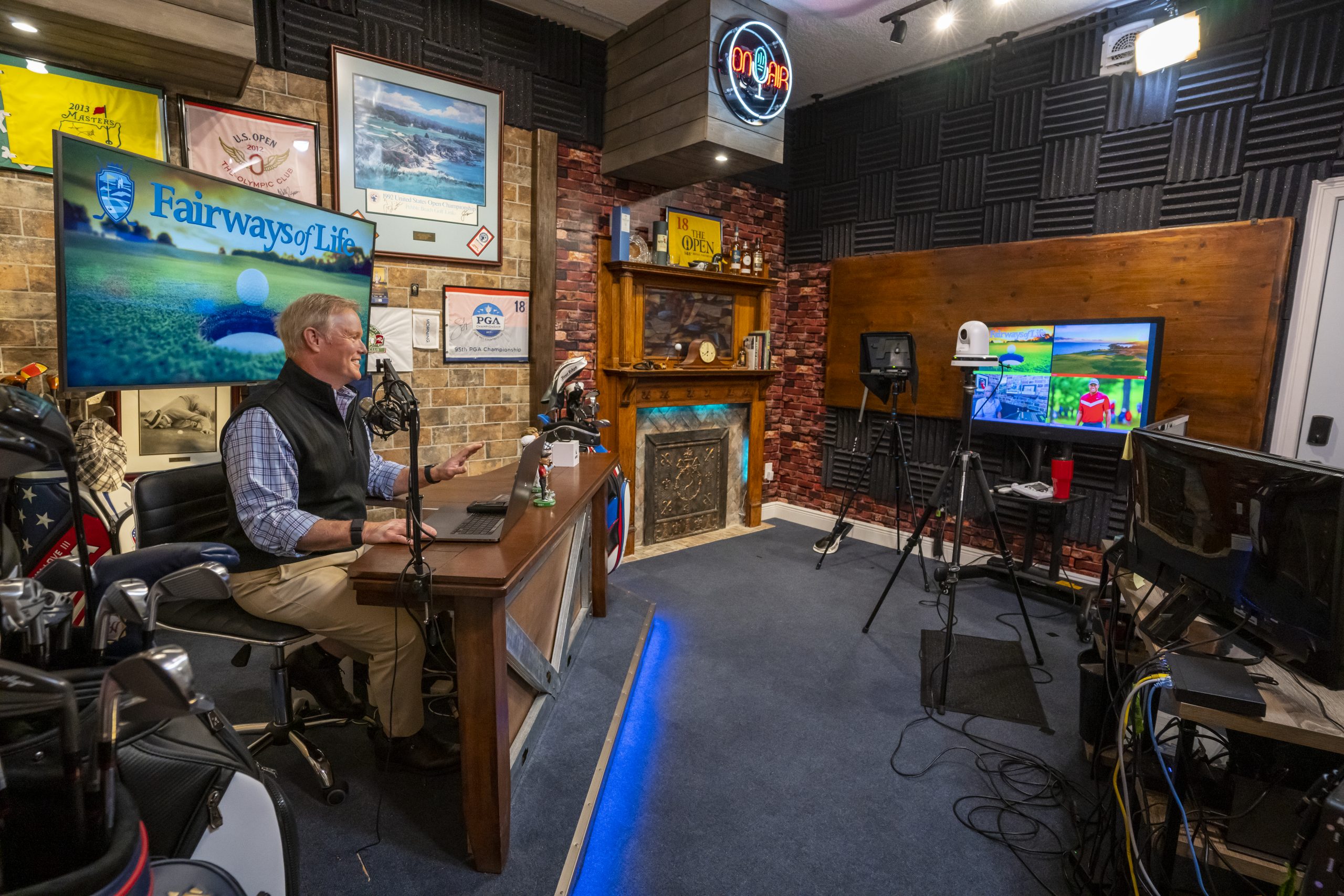 “We are coming home,” he says joyously. “We already have tickets to see Paul McCartney at Fenway Park in June and are planning to broadcast from Brookline. “I’m really excited about it. The course is a big ballpark where the short game and ball striking from tee to green are crucial.

“To me, Brookline is one of the high cathedrals of the game. It truly was the start of golf in America with Francis Ouimet winning the Open in 1913. From Curtis Strange winning the U.S. Open in 1988 to the 1999 Ryder Cup, Brookline is like great music or movies. It belongs to all of us who love golf everywhere around the world.”

Adams certainly can speak from a worldwide viewpoint. He doesn’t just have a large footprint; he has the whole shoe store. Fairways of Life delivers headlines from golf’s professional tours, featuring interviews with players and industry leaders. The show also explores the history of the game, golf architecture and travel, and includes interaction with golf fans.

Despite this global reach, Adams’ approach to both writing and broadcasting remains decidedly intimate. He relates, “I don’t know if I’m a good writer,” says the man who has co-authored several books in the best-selling Chicken Soup for the Soul series. “But if I am, it’s because I stopped trying to be a good writer. 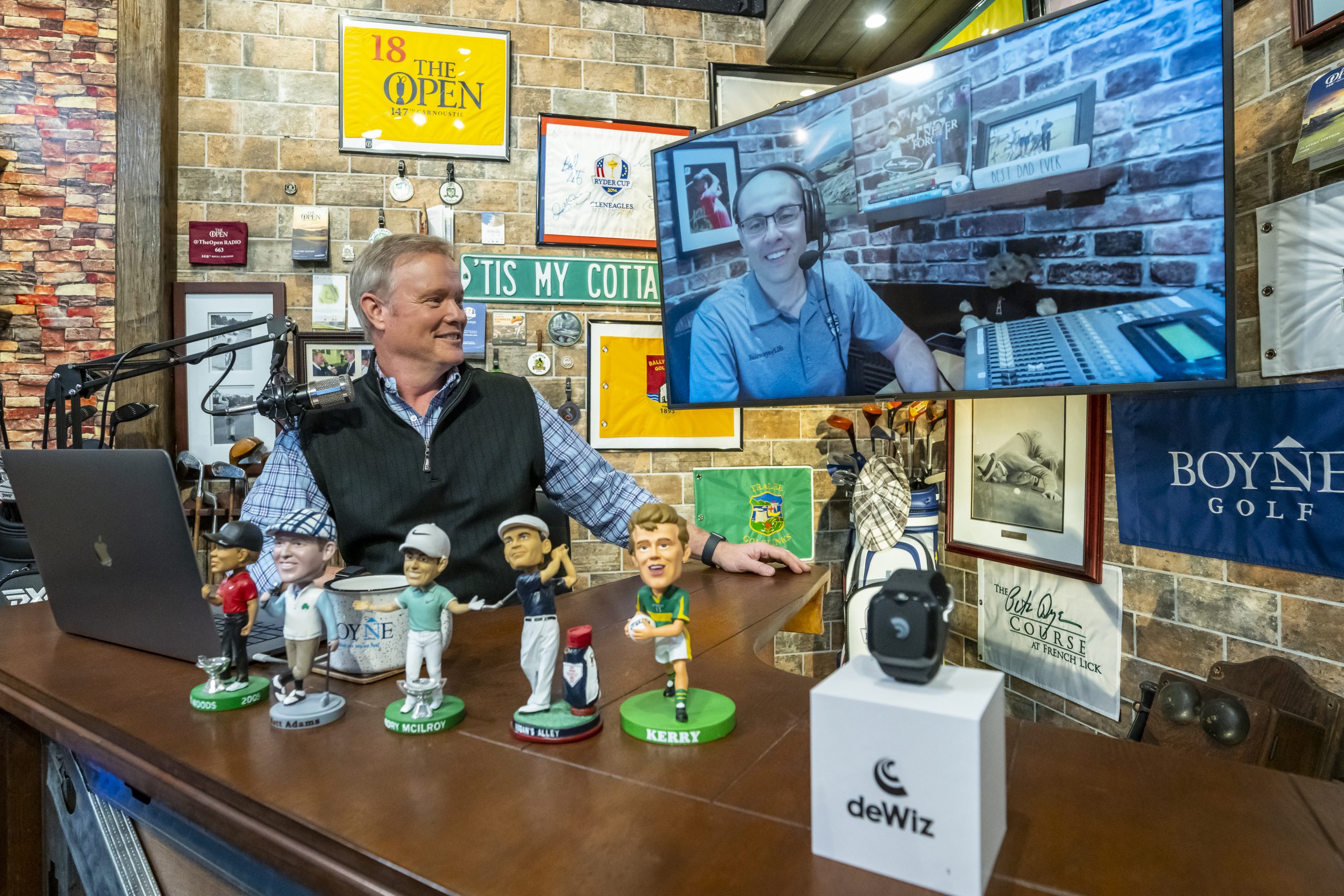 “I just want to talk to people about the game I love, to let it be what it is, not what it is supposed to be. I write constantly, getting phrases in my mind and keeping notes. I don’t look at it as broadcasting to 100 million people, I always see it as having a conversation about golf with one person.”

Adams has a lot of irons in the fire, but his golf irons remain largely in the bag. He now broadcasts live coverage of the PGA TOUR with PGA Live on ESPN+. This, along with his other commitments, leaves little time for play.

He explains, “I hardly ever play golf anymore, but I am the eternal optimist, and I plan to make time to get out there more.” He has a few other items on his bucket list as well. “One of my goals is to use technology to grow the Fairways of Life brand.

“I’ve always been interested in documentary film type of content. There is so much history and so many stories to tell about the game, players, and courses. I want to keep our worldwide golf focus, share interviews with people in our game, and continue to take our viewers and listeners wherever they want to go.”