Keegan WD’s at BMW. Was It the Ruling or The Ryder Cup? 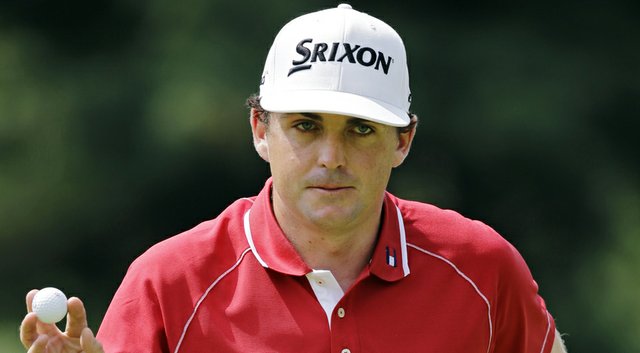 Team New England’s Keegan Bradley withdrew from the BMW Championship Saturday morning, citing a potential rules infraction, and likely will fall out of the top 30 in the FedEx Cup points race.

“I just feel withdrawing is the right thing to do to protect the field in the BMW Championship and the Tour Championship next week,” Bradley said in a statement released before his third-round tee time.

During the first round, Bradley hit a 4-iron from 233 yards into the grass face of the right-front bunker on No. 18. Bradley took relief (Rule 25-2) for a ball embedded in its own pitch mark. He signed for a double-bogey on the hole en route to a 71 for the round.

After the round, a fan told Bradley he had seen the ball bounce before coming to rest.

Doubt crept into Bradley’s mind about the drop, so Friday morning he and PGA Tour vice president of rules and competitions Slugger White, revisited Bradley’s circumstances and Bradley identified what he thought was his plug mark and Slugger agreed. No harm not foul but Keegan just couldn’t seem to shake it.

He played the second round “with misgivings about that ruling,” according to a statement from Bradley’s representatives. Today when he showed up at Cherry Hills, he had decided he simply could not continue.

Bradley’s WD was shortly after good friend and Ryder Cup partner Phil Mickelson had pulled out of the BMW after a bad showing on Friday. Jason Day was the third player to withdraw over back spasms forced him to walk off the course during the 2nd round at Cherry Hills.

Okay, so Mickelson pulled out citing his poor position in the Playoffs and the Ryder Cup in three weeks as his reason. Jason Day, obviously in pain, hobbled off the course and withdrew from the $8 million dollar event. Keegan? Well, it was that darn ruling. “It’s eating me alive,” Bradley said. “I didn’t call my fellow competitors for help in the first place and that bothers me. I know the official approved the drop, but I just can’t be absolutely sure it was the right spot.”

Bradley entered the week ranked 28th in the playoff standings. Since joining the Tour in 2011, Keegan has finished in the top 30 of the FedEx Cup standings making it to Atlanta and the Tour Championship every year. On Wednesday he’d said of the Tour Championship and his placement, “It’s one of my personal favorite stats of mine, he’d said. “Just because it shows that from my rookie year, every year I’ve been on Tour, I’ve been one of the best players on the Tour.”

Well, that streak most likely would have ended Sunday as Bradley was projected, before Saturday’s third round, to finish 34th in the standings and out of the Tour Championship.

Ruling aside, my wonderment is simply this: If he were, through some fluke, to wind up 30th in the FedEx Standings, post BMW, would Bradley go ahead then and protect the string of making it to East Lake every year since his rookie year? Or, would he instead opt out of the Tour Championship to prepare for the Ryder Cup?

I don’t know what I would do if I were in Bradley’s shoes. Knowing the type person he is, I can understand how he could and would second guess that pesky ruling at 18 on Thursday. I could also see how it, (ruling), might have been an excuse to move on and work on his game in preparation for the Ryder Cup knowing his chances of finishing inside the top 30 players moving on going East Lake were slim at best.

Whatever the reason for his WD, I am looking forward to more of that Mickelson/Bradley Ryder Cup magic in a few weeks.