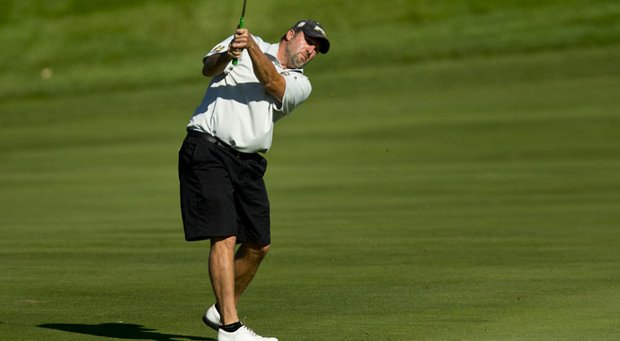 Charlie Blanchard, a Rhode Island amateur golf legend, has qualified to advance and play in the 2015 Champions Tour Finals of the National Qualifying Tournament.

Blanchard, a leftie, joins sixteen other players to advance from the California Regionals held at The Country Club at Soboba Springs in San Jacinto held last week. Along with players from two other regional qualifiers Blanchard will be part of the approximately 78 player field competing in the Final Qualifying Stage tournament being held December 1-4 in Scottsdale at the TPC Scottsdale Champions Course. The event features no 36 hole cut, so the entire field will play 72 holes.

A name in southern New England amateur golf circles, Charlie has an impressive resume that includes being a six-time RIGA Player of the Year. In 2002 he captured the R.I. Amateur Championship and was the only golfer to win all five Rhode Island major tournaments.

Blanchard will be inducted into the Rhode Island Golf Hall of Fame at ceremonies on December 1st. That is the date the Final Stage tournament’s opening round in Arizona.

I’m sure the RIGA will understand if Charlie doesn’t make the presentation ceremonies.