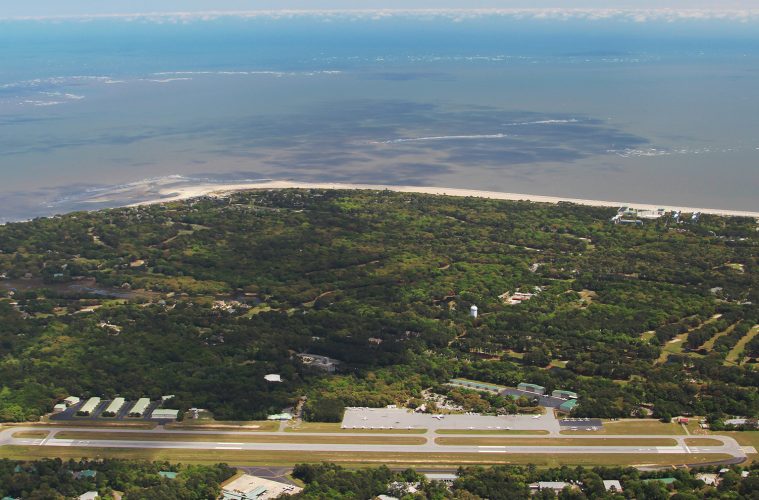 HILTON HEAD ISLAND, SC — Enjoying a round of golf on one or more of Hilton Head Island’s 16 renowned area courses keeps getting easier.

Located at the southernmost tip of South Carolina about 20 minutes off I-95 — with gorgeous vistas of the Lowcountry’s natural beauty along the way — Hilton Head Island has always been a convenient drive destination for many from the North, South and Midwest.

Now, with new daily non-stop flights from major cities across the U.S., flying to Hilton Head Island is even more of a breeze.

Centrally located mid-island, Hilton Head Island Airport allows visitors and residents to enjoy the luxuries of a “big city” airport without hassles such as traffic jams when looking for a parking space, mile-long hikes from a parking garage to the terminal and long lines at the ticket counter.

In 2018, Hilton Head Island Airport completed a $27.5 million expansion project, lengthening the runway from 4,300 feet to 5,000 and allowing larger jets to land.

Three major airlines are now servicing Hilton Head Island Airport with non-stop flights to and from more than a half-dozen hub cities, including:

United Airlines recently began seasonal service in and out of the Hilton Head Island Airport to hub airports in Washington, D.C., Chicago and New York City. The airport held an official ribbon cutting and inaugural water cannon salute to the new flights.

Hilton Head Island has earned its reputation as one of the world’s finest golf destinations, because of its award-winning public and resort courses.  The island is also home to the PGA Tour’s RBC Heritage tournament held at the famed Harbour Town Golf Links. This event was voted the second favorite stop on the PGA Tour by its players.

For visitors, the “Golf Island” has made planning your golf vacation very easy by visiting HiltonHeadGolfIsland.com. Marvel at our area golf courses, browse our custom resort packages and attractive rates, and see all that Hilton Head Island has to offer away from the links.

Planning your dream golf trip is just a click away.