Paddy is Back Winning the Extended Honda Classic 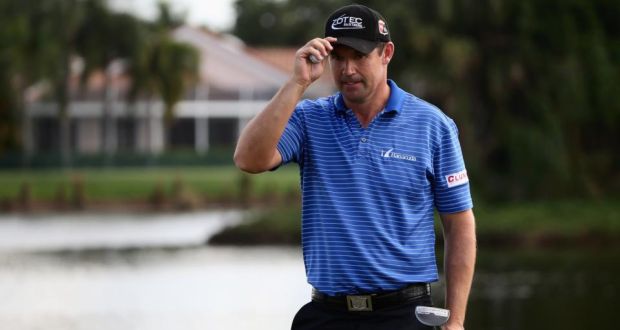 In 2007 I was in Ireland on business staying just outside Dublin. It was pretty hard not to get caught up in Irish National Pride as Dublin’s own Padraig Harrington won his first of two back to back Open Championships. Not since 1947 when Northern Ireland’s Fred Daly won the Open had an Irishman earned the Claret Jug. So, when ‘Paddy’ took the Open at Carnoustie, beating Sergio Garcia in a playoff, the country went wild.

Here we are some eight years later and to say Harrington has struggled could be considered a mild understatement. Today, however, Paddy was back on top winning the rain and wind swept extended Honda Classic in a playoff with young Daniel Berger. It was Harrington’s first playoff on the PGA TOUR since 2008. The win puts him in the field of next month’s Masters.

Harrington’s World Rank coming into PGA National was 297th which just happened to be James Hahn’s rank a week earlier when he won the Northern Trust Open. Padraig’s new World Ranking is 82nd.

Paddy wasn’t worried about any of that.

“It’s not about what it means to my career or what it means going forward. You don’t win that often. When you win, make sure you enjoy it. So that’s where I’m at the moment.”

Harrington had been ‘summoned’ to dinner Tuesday before the event by his long-time mental coach, Dr. Bob Rotella. Just the two of them for a ‘check

up’. It obviously paid off.  “….it’s the mental side of the game where I have been struggling for a while now.” “It’s always been mental with me” Harrington said.

The 43 year old son of Dublin with the impish grin has seen some of the loftiest highs that come with winning major championships. He has also seen some of the lowest lows that come from constantly tinkering with and second guessing his swing. He even had to suffer through and deal with a case of the Yips. But the stubborn Irishman has never given up.

Maybe it was the week I spent north of Dublin at the Red Cow Moran Hotel in 2007 when he won the Open that has endeared him to me. Perhaps it has been watching him struggle. Either way, Padraig Harrington is a very special player who also happens to be among the nicest out there. It’s nice to see  him back winning.

For Team New England, it was not a good week. Only Scott Stallings, +9/289 and Jon Curran, +13/293 made the cut. Keegan Bradley, J.J.Henry, Tim Petrovic and Jim Renner missed the cut at the water logged 2015 Honda Classic.