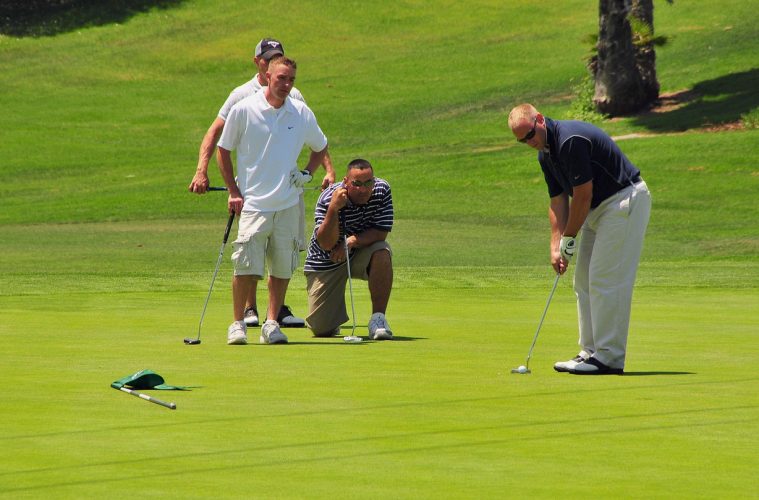 PAR AND YARDAGE
Oakmont Country Club will be set up at 7,219 yards and will play to a par of 35-35—70. The yardage for each round of the championship will vary due to course setup and conditions.

ARCHITECT
Designed by Henry Fownes, Oakmont Country Club opened in 1903. Fownes spent a year building the course on former farmland adjacent to the Allegheny River Valley. The Pennsylvania Turnpike, which was constructed in the late 1940s, passes through part of the course. Oakmont was the nation’s first golf course to be recognized as a National Historic Landmark.

COURSE RATING
Based on the course setup for the championship, the USGA Course Rating is 77.8 and the Slope Rating is 148.

WHO CAN ENTER
The championship is open to any professional golfer and any amateur golfer with a Handicap Index® not exceeding 1.4. The deadline for entries wasApril 27.

LOCAL QUALIFYING
Local qualifying, played over 18 holes, was conducted at 111 sites in the U.S. between May 2-20. Qualifying will be held in 43 states. Florida hosts 16 local qualifiers, while California is second with 14.

SECTIONAL QUALIFYING
Sectional qualifying, played over 36 holes, was conducted in Japan on May 23, in England on May 30 and at 10 U.S. sites on Monday, June 6.

CHAMPIONSHIP FIELD
The starting field of 156 golfers will be cut after 36 holes to the low 60 scorers (and ties).

SCHEDULE OF PLAY
Eighteen holes of stroke play are scheduled each day from June 16 (Thursday) through June 19 (Sunday). In the event of a tie after 72 holes, an 18-hole playoff will be held on June 20 (Monday), beginning at noon (ET).

2015 CHAMPION
Jordan Spieth, 21, of Dallas, Texas, became the youngest U.S. Open champion since 1923 with his one-stroke victory over Dustin Johnson and Louis Oosthuizen at first-time venue Chambers Bay, in University Place, Wash. Spieth, who carded a final-round, 1-under 69 for a 72-hole score of 5-under 275, joined Craig Wood, Ben Hogan (twice), Arnold Palmer, Jack Nicklaus and Tiger Woods as the only players to win the Masters and the U.S. Open in the same year. Spieth, who was also the youngest to win two majors since Gene Sarazen in 1922, entered the final round tied for the lead with Johnson, Jason Day and Branden Grace. In a dramatic finish, Spieth made a 27-footer for birdie on No. 16 for a two-stroke lead, while Grace made double bogey. Spieth blocked a 6-iron into the high fescue rough on the par-3 17th and three-putted for his own double bogey that dropped him into a tie with Oosthuizen, of South Africa. Oosthuizen shot 29 on the inward nine, the third player in U.S. Open history to accomplish the feat, en route to a sparkling 67. Spieth quickly recovered on the par-5 finishing hole when he reached the green in two and the result was a tap-in birdie. Johnson, who was playing behind Spieth, regrouped from a string of bogeys in the middle of his round when he stuffed his tee shot on No. 17 to within 4 feet to set up a birdie. He reached the 18th tee needing an eagle to win and a birdie to force an 18-hole Monday playoff. But Johnson missed a 12-foot eagle putt and failed to convert the 4-foot comebacker in the shocking ending to the first U.S. Open held in the Pacific Northwest.

TITLE DEFENSE
Since 1991, five champions have finished better than 15th in trying to defend their U.S. Open crowns. Tiger Woods tied for sixth in 2009 after capturing his third U.S. Open title at Torrey Pines the previous year. Woods also tied for 12th in 2001 after winning his first U.S. Open at Pebble Beach Golf Links. Retief Goosen tied for 11th in 2005 following his second U.S. Open championship victory, at Shinnecock Hills Golf Club. Graeme McDowell tied for 14th the year after winning the 2010 U.S. Open at Pebble Beach. Justin Rose tied for 12th in 2014 following his victory at Merion Golf Club in 2013. Eight champions missed the cut the next year during this period, including Martin Kaymer in 2015.

NICKLAUS AND PALMER SERVE AS HONORARY CHAIRS
Golf legends Jack Nicklaus and Arnold Palmer are serving as honorary co-chairmen of the 116th U.S. Open Championship. The duo made golf history at Oakmont Country Club in 1962, when Nicklaus, 22, defeated Palmer in an 18-hole playoff for his first win as a professional, and the first of his four U.S. Open victories. Beyond his record 18 major-championship titles and 120 professional wins worldwide, Nicklaus captured 73 PGA Tour victories as well as two U.S. Amateur and two U.S. Senior Open wins. In 1975, he won the Bob Jones Award, the USGA’s highest honor. The U.S. Open gold medal, given to all U.S. Open champions, was named the Jack Nicklaus Medal in 2012. With 92 professional victories and seven major championships, Palmer became the pride of Pennsylvania with his three USGA titles – the 1954 U.S. Amateur, 1960 U.S. Open and 1981 U.S. Senior Open. His long relationship with the Association also includes the 1971 Bob Jones Award. The honorary chairman of the USGA Members Program since its inception in 1975, he played in his 32nd and final U.S. Open in 1994 at Oakmont.

TELEVISION COVERAGE
The U.S. Open will receive at least 50 ½ hours of network coverage. FOX and FS1 will air at least 42 ½ hours of live coverage throughout the championship.

*If needed, an 18-hole playoff will be scheduled

LIVE STREAMING COVERAGE
The U.S. Open will receive at least 122 ½ hours of live streaming coverage on us.open.com and the U.S. Open app.

CHAMPIONSHIP TROPHY
The first United States Open Championship was won by Horace Rawlins in September 1895 at Newport Country Club in Rhode Island. As the victor, Rawlins earned $150, a gold champion’s medal, and use of the championship sterling silver cup for one year. The trophy was designated for display at Rawlins’ club until presented to the next year’s champion. Thus begun a perennial rite that has endured for more than a century.

The original two-handled cup was destroyed by fire in September 1946 at Lloyd Mangrum’s home country club, Tam O’Shanter, outside of Chicago. The USGA considered replacing it with a new design, but opted instead to preserve the look of the original with a full-scale replica on April 24, 1947. This replica remained in service, passed from champion to champion until 1986, when it was permanently retired to the USGA Museum. Today, the U.S. Open champion receives possession of the 1986 full-scale replica. The original U.S. Open Trophy is on display at the USGA Museum in Far Hills, N.J.