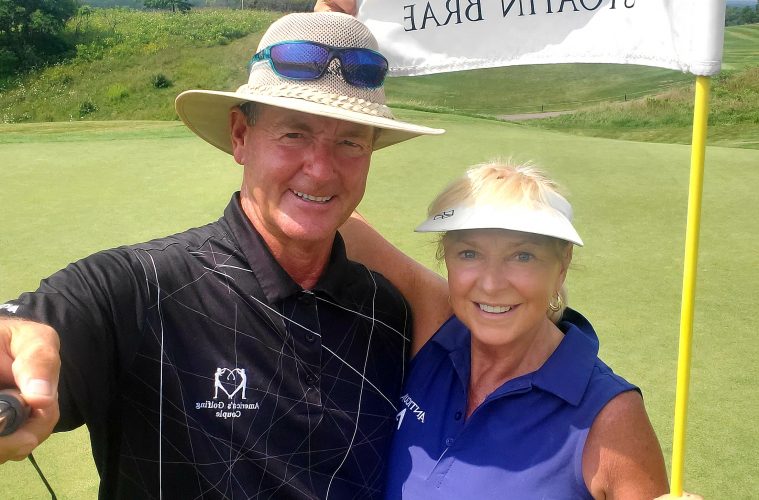 Stoatin Brae is the Scottish course at Gull Lake View Resort in Augusta, Michigan, owned by the Scotts and played by us, also Scotts that made for a grand Scottish day.  Stoatin Brae, meaning Grand Hill in Scottish Gaelic is the course overlooking the Kalamazoo River Valley, designed by a team of four from Tom Doak’s Renaissance Design team, that will delight any foursome. One of six courses at Gull Lake View Resort, it is the latest to debut. 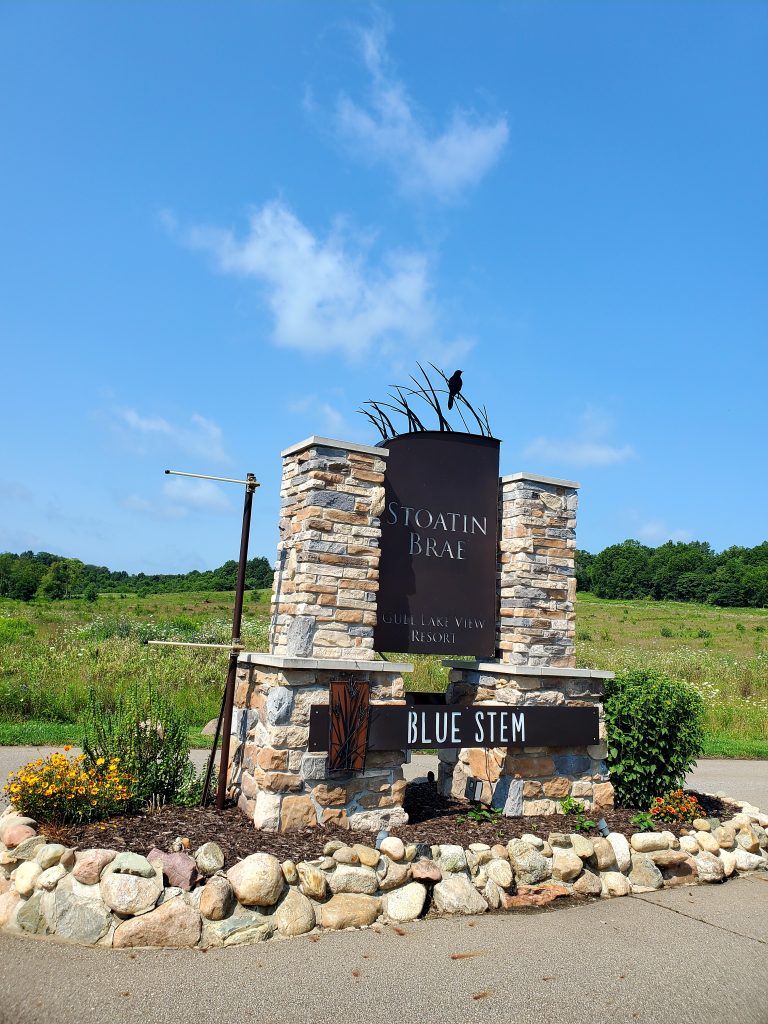 Gull Lake View is all in the family, four generations of Scotts, beginning with Darl Scott. We ran into his son, Charlie who explained that his dad was an ideas guy who fought in the Pacific and then worked for another golf course and decided he wanted his own. He was always buying and selling. We addressed Charlie as Mr. Scott and he said, “No I’m Charlie. Mr. Scott is at Fort Custer” (the national cemetery nearby).

Darl first designed and built the Gull Lake View West course in 1963, then partnered with Charles and Jim on the Gull Lake View East. In 1988 Charles added the woodsy Stonehedge South and in 1995 with son Jon Scott, the Stonehedge North. Also, in 1988 they purchased Bedford Valley, designed by William Mitchell and added a new clubhouse. In 2017 they brought Brian Schneider, Eric Iverson, Don Placek and Brian Slawnik, senior associates for Renaissance Golf Design of Traverse City, to complete Stoatin Brae. Charlie’s grandson Alex completes the fourth-generation picture.  He brings new perspective to the family operation since working at Sand Valley in Wisconsin and Gamble Sands in Washington.  Charlie speaks with a note of pride when talking about him and the family legacy. He asked about our impressive courses on this trip, and we mentioned a couple standouts but said that we are just as happy playing a small public course because golf is about the people you meet. He said, “Thank you and it’s about how you play your game.” Asked if he plays much, he said he doesn’t because he sees too many things he wants to fix. Apparently, he too is an ideas guy. 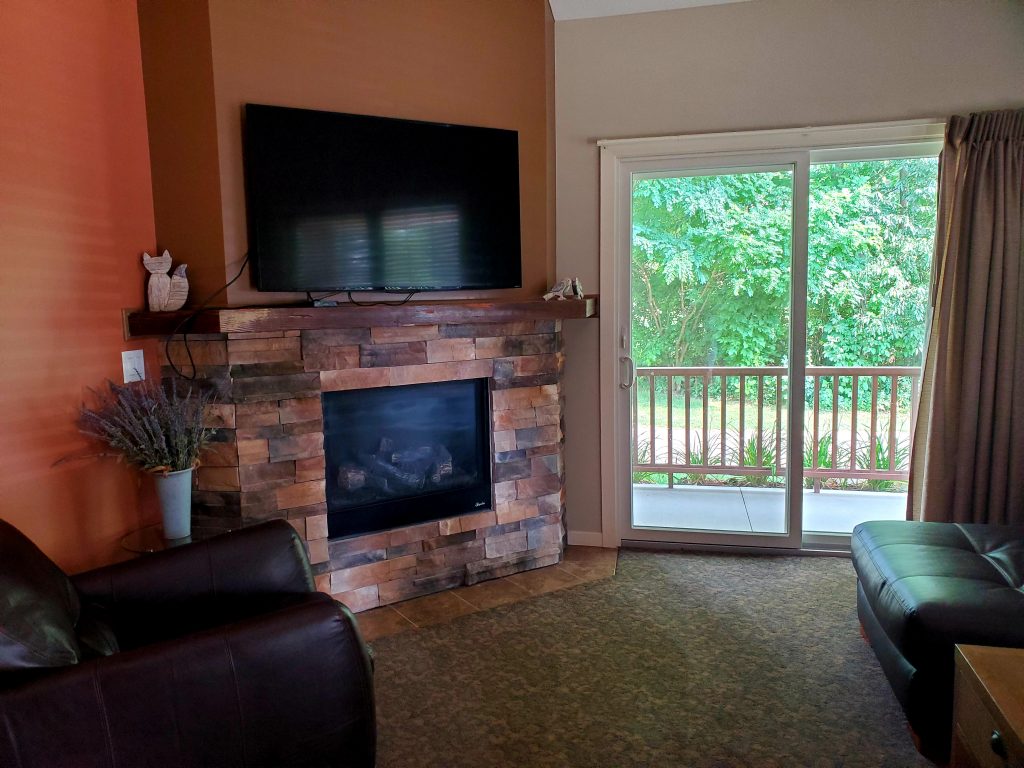 Gull Lake View offers villas and cottages that feel like home for foursomes and families to stay and play all six courses at affordable package rates. Kitchens are included but Charles and Darl’s Smokehouse Grill is popular in the main clubhouse for breakfast, lunch and dinner. It closes at 4pm on Mondays and Tuesdays so Jake Heerlyn, the marketing coordinator recommended the South Kitchen, across the street which opens at 5pm. It is perched overlooking the 7-mile Gull Lake with a nice menu nodding to southern cooking, reservations required to ensure seating. Off property golf packages are also available with accommodations at Kalamazoo hotels.

At the Stoatin Brae course, 8 minutes away, the Blue Stem restaurant veranda presents a lovely setting with waterfalls flowing to two separate troughs with goldfish swimming among a lily pad, firepits with ice flames at night and perched at the highest point overlooking the Kalamazoo River Valley.  A large tent with hanging lights and floral designs serves the same vista for special events. Ready to say, I do? 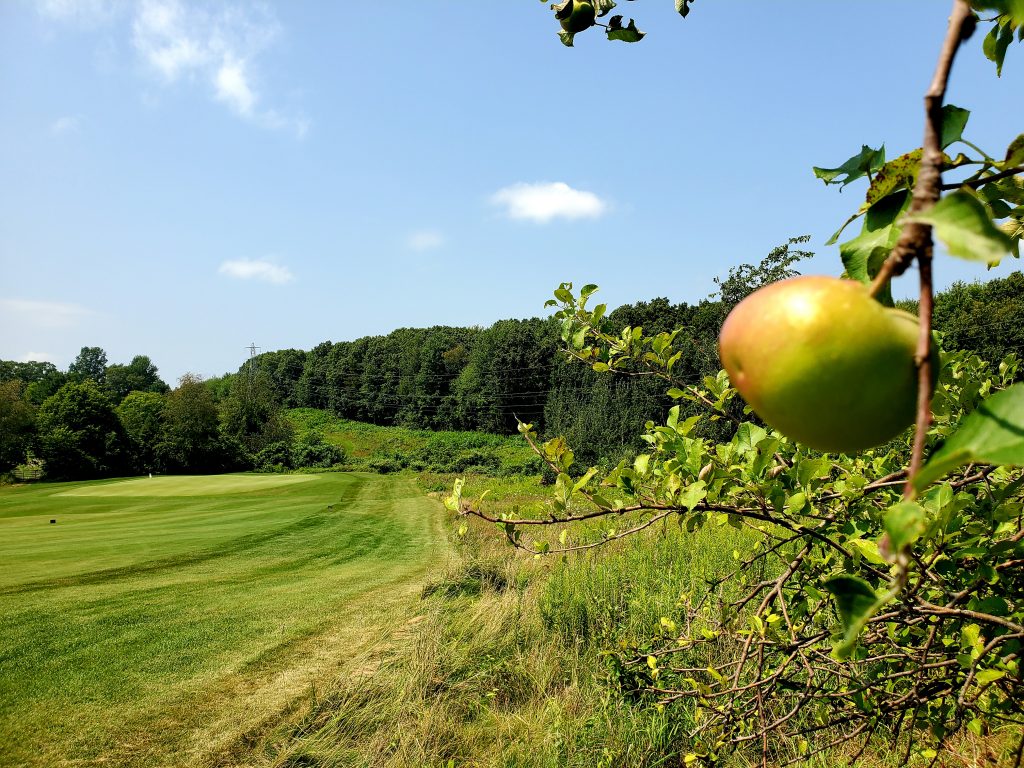 We played Stoatin Brae where the front nine is laid out on the high plains and the rough is official monarch habitat, a rainbow of wildflowers with an abundance of wing action. Mini bird houses serve as tee markers. Number 2 looks like an easy par 3 but aim short of the large green as the undulations will have your ball rolling down off the back. The number 7 par 3 climbs uphill to a mounded green, unseen. Don’t be a high plains drifter on the front or you will be hitting from another fairway.

The back nine has greater character with elevation changes, starting with number ten, straight up the hill. Built on a former apple orchard, there are still a few apple trees merging with the forest along the way and plenty of striking views of the Kalamazoo River Valley. The Bunker is a spacious, cool snack shop with restrooms conveniently situated between multiple holes. 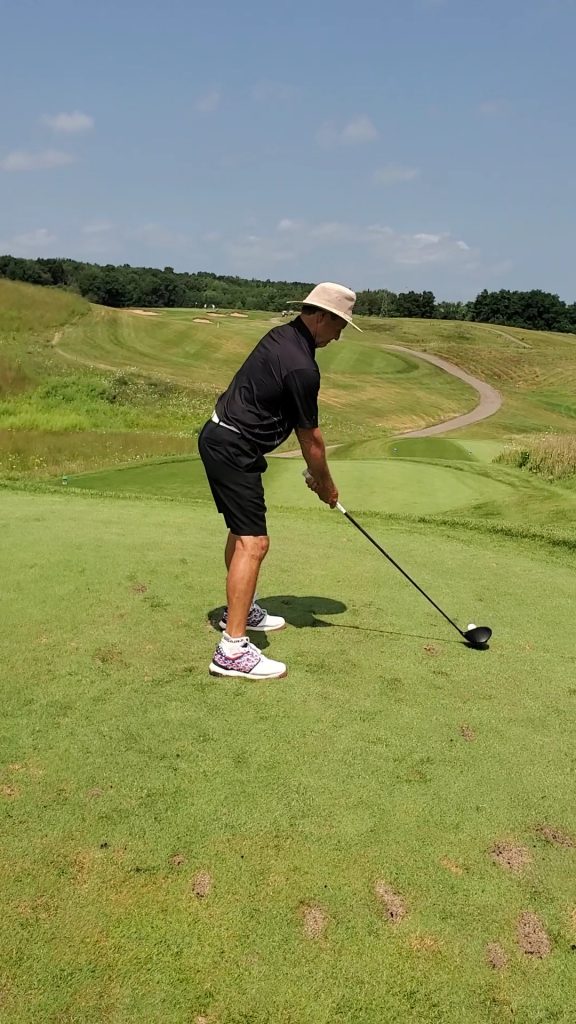 We met members Joel and Greg, Kellogg’s retirees who think that Stonehedge South is the most picturesque, on the other side of the woods from Stoatin Brae’s 12. They like Bedford Valley next best but love to play them all at Gull Lake View. The members feel they have the best deal around with unlimited play for $2k for last fall and this year at the six beautiful courses and ranges. They play 3-4 times a week together. Meanwhile, many foursomes are checking in and out of the villas, happy with their purchased packages and the great variety of courses.

Boats are available for rent at the Marina if you have time between golf rounds to explore the lake. And Charles recommends visiting the Gilmore Auto Museum nearby, one of the largest in the state, thanks to an Upjohn executive.  Augusta is close to Battlecreek, Michigan with big bold architecture where 100+ cereal companies once competed. Birders might like the MSU Kellogg bird sanctuary while Gull Lake View is a golfer’s sanctuary and considered, “The Golf Resort of the People.” www.gulllakeview.com 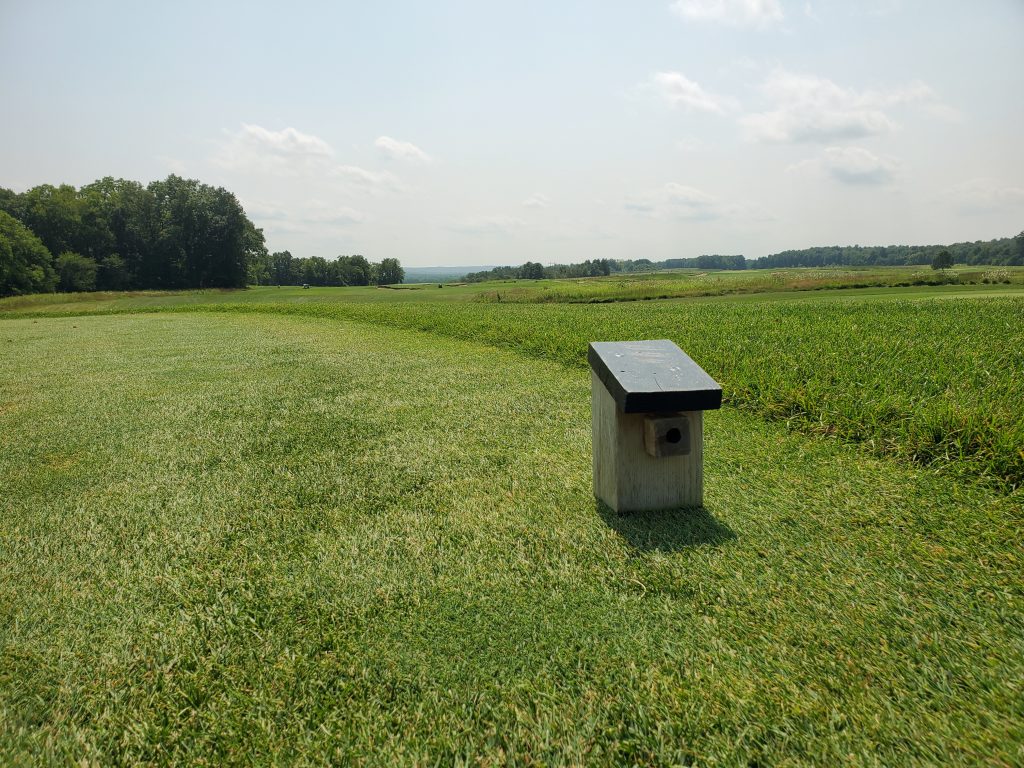