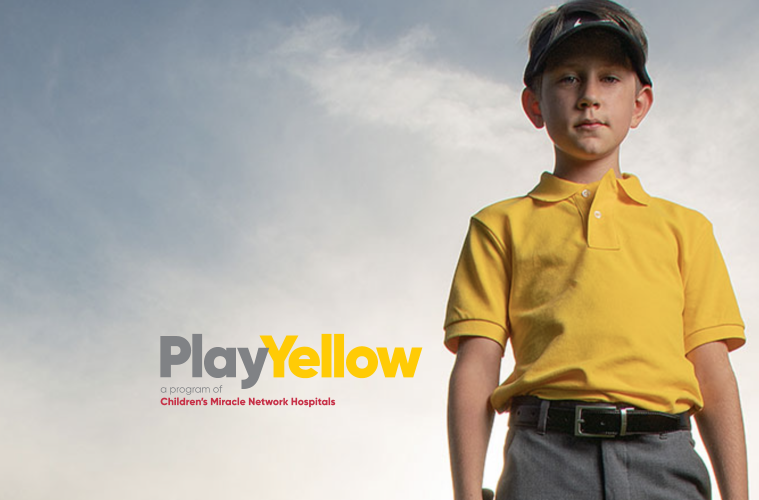 The Reason Behind Play Yellow

Jack’s love for yellow began with Craig Smith, the son of Barbara’s minister and a passionate young fan in Jack’s hometown of Columbus, Ohio. He was diagnosed in 1968 with Ewing Sarcoma, a rare bone cancer that would end his life in June of 1971 at the age 13. During his lifetime, Craig and Jack spoke frequently. In one conversation with Jack following a win, Craig said he predicted victory because he was wearing his lucky yellow shirt.

Meeting at the Nicklaus home, PGA TOUR Commissioner Jay Monahan, Jack and Barbara Nicklaus, and CEO & President of Children’s Miracle Network Hospitals John Lauck asked the question, “How might we get the golf community together under one umbrella to help children’s hospitals?” As they 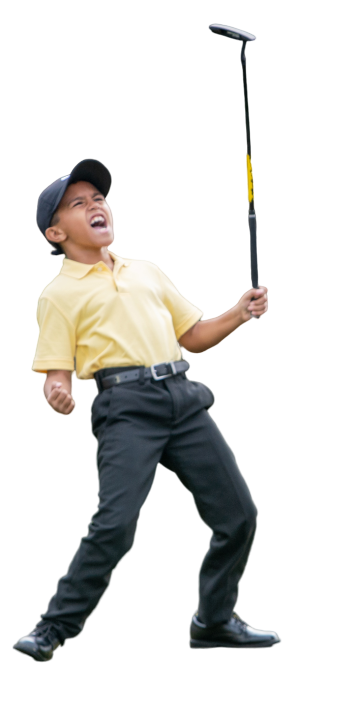 A Lifelong Commitment to Children’s Hospitals

With the help of Children’s Miracle Network Hospitals (a network of 170 children’s hospitals), along with corporate partners, media partners, Barbara and Jack Nicklaus’ lifelong commitment to saving the lives of children has already made an enormous impact on hospitals in Central Ohio and South Florida. Both Nationwide Children’s Hospital in Columbus, Ohio and Nicklaus Children’s in Miami, Florida have drastically improved as a result of their efforts.

Barbara and Jack are asking the entire golf world to step forward and help save lives by raising funds to help children’s hospitals across North America. Together the Nicklaus Foundation and CMN Hospitals have created a unique cause-marketing platform designed specifically for this purpose.

Click here to learn more about Play Yellow and how you can get involved. 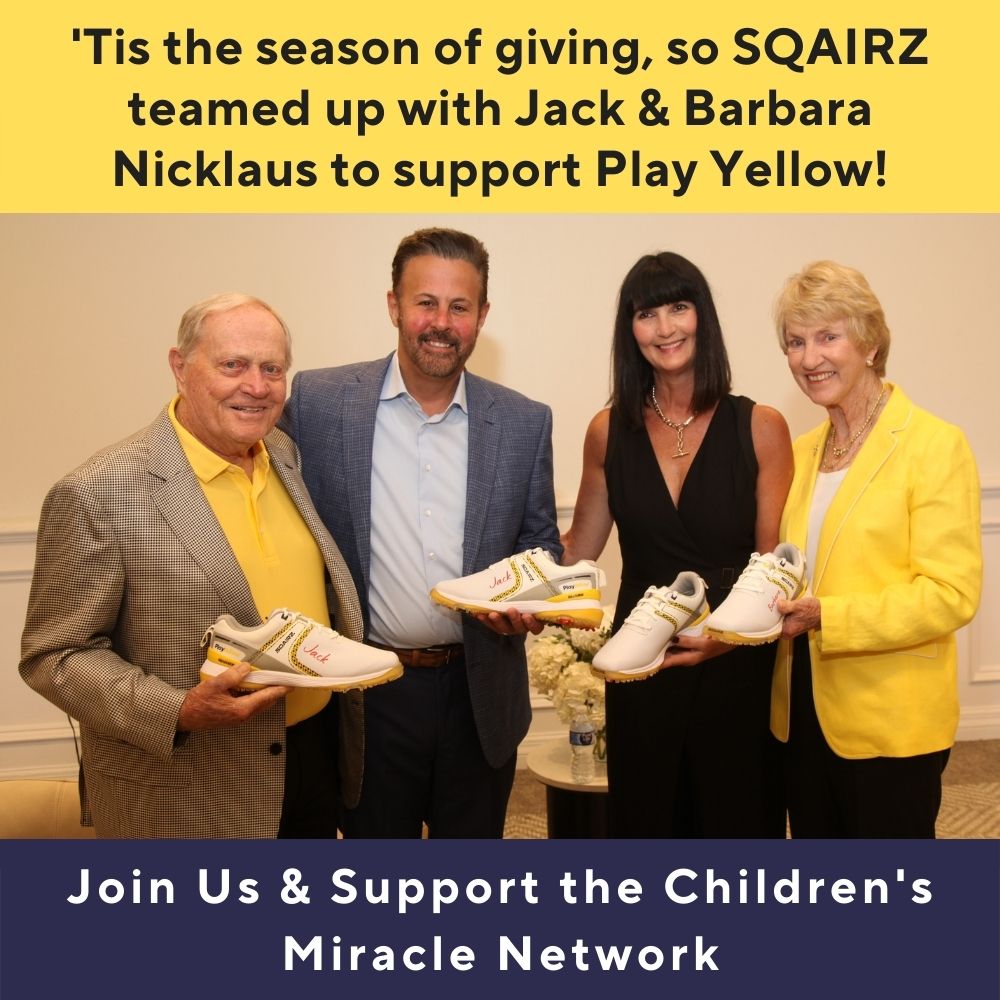 The most recent company to support Play Yellow is SQAIRZ, a company who believes in changing your game through performance footwear and giving back to communities in need.

In addition to their involvement with Play Yellow, right now SQAIRZ is offering the Limited Edition 3:16 shoe.

In partnership with Samaritan’s Purse and Operation Christmas Child, they will be donating a portion of the sales from the Limited Edition 3:16 shoe to fill shoeboxes with items, delivering joy to kids in more than 170 countries around the world.