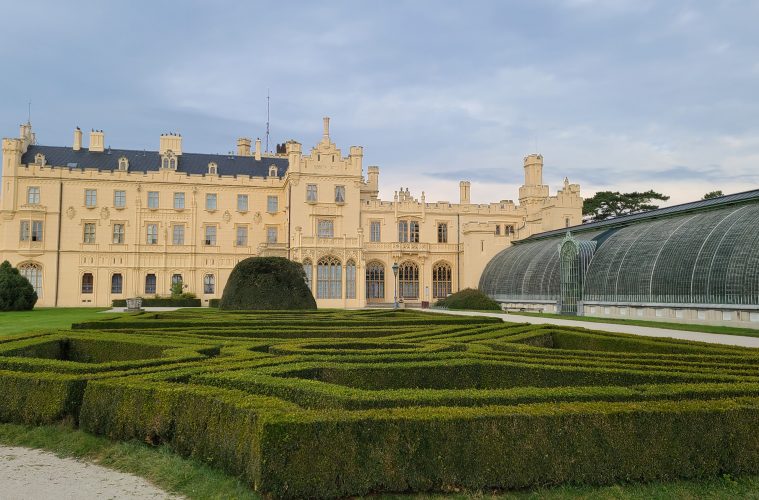 In between rounds of golf and rounds of world-renowned Pilsner

For someone like me who thinks that visiting the 60-year-old Rusty Spur Saloon in Scottsdale is history, or visiting the Picasso Museum in Malaga, Spain is both historical and cultural, you might say that I had a woke moment last October visiting the Czech Republic with 14 of the 1,000 or so UNESCO World Heritage Sites in the world.  No, I did not get to them all, but a few.

Of little surprise to any of you, clubs were in tow.  In between rounds of golf and rounds of the world-renowned Pilsner, I did manage to build up my intake of history and add a little culture that admittedly, both is greatly needed. 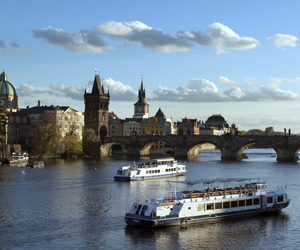 If historical sites, culture, amazing architecture through winding colorful streets with cobblestone guiding the ways then the Czech Republic should be on your bucket list.  Here is just a sample of what you might find on your historic adventure.

Based in the capital city Prague, arguably one of the most beautiful cities in the world, its historic center is recognized as one of the UNESCO World heritage Sites, culture and architectural history abounds.  The city holds a number of world-renowned landmarks, the Prague Castle, and the Charles Bridge with its Baroque sculptures and medieval towers.  A landmark is the Old Town Hall with its world-famous astronomical clock dating back to the early 15th century, and it still works.

A day trip from Prague gives one the option to visit the historic mining town of, Kutna Hora, once known as the treasury of the Bohemian kingdom, rich in silver deposits and the royal mint of the Italian Court.  Two medieval churches, the Church of St. Barbara and Cathedral of our Lady at Sedlec whose Baroque style of the 18th century severed as the basis for architecture.  Combined with the private dwellings in the town combine to create a cultural landscape. It was inscribed into the list of UNESCO World Heritage Sites in the Czech Republic in 1995.

Golf options are plentiful in and around Prague including: Two courses considered in Prague, Golf Resort Black Bridge and the Alex Cejka designed Prague City Golf.  Within an hour drive of Old Town (which is where you want to stay) some excellent and top ranked courses in the country include:  PGA National Czech Republic which in 2020 was named Best Golf Course in Europe by World Golf Awards.  Albatross Golf Resort which has hosted the Czech Masters for the past 6 years, Golf Resort Karlstejn, Panorama Golf Resort and Golf Resort Konopiste. 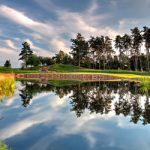 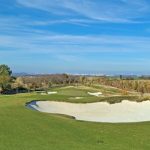 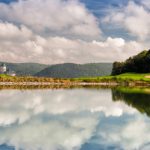 A couple of hours south of Prague towards the Austrian border and Czech wine country you will find the 2nd largest city in the Czech Republic, Brno.  The Tugendhat Villa is a work of architect Mies van Rohe. Inscribed into the list of UNESCO World Heritage Sites in 2001. It was cited for being an outstanding example of international style during a modern movement. This particular architectural style was innovated in Europe in the 1920s. The striking features of this architectural style include the use of spatial and aesthetic concepts that also utilize modern industrial production.

In the South Moravian region with 10 courses in all a couple of recommendations include Golf Resort Kaskada and Austerlitz Golf Resort. 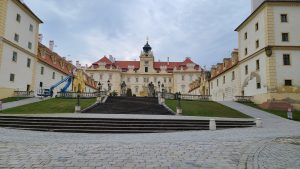 Continuing south, deep into wine country towards the picturesque town of Mikulov, you might leave the clubs behind and do some wine tasting in the region that boasts approximately 95% of wine produced in the Czech Republic.  Not to be missed The Lednice-Valtice Cultural Landscape, inscribed on UNESCO’s World Heritage List in 1996 is a unique and cultural landscape with extensive parks.  The originally Baroque castle in Lendice was rebuilt to its neo-Gothic style from 1846 – 1858.  Key components to the site are its palm greenhouse and riding halls.  Valdice Castle originally gothic in style in the 13th century was deconstructed in the 17th century and a Baroque palace was built in its place.  The surrounding area is interlaced with ponds, woodlands and even vineyards.

Moving towards the Polish border, a must stop for historians is Olomouc one of the most important cities in Moravia.  Built over several decades and finally consecrated in 1754.  Constructed in the 18th century the Holy Trinity Column is the most remarkable example of a Baroque monument specific to Central Europe.  Thirty-five meters in height, there are also many fine religious sculptures built around the column.  Other precious sights in Olomouc include the Marian Column in the Lower Square, many Baroque fountains and churches.

Just to the south of Olomouc is the town of Kromeriz, known for its Castle of the same name, with castle gardens which are a UNESCO World Heritage Site. The town center with the castle complex is well preserved and is protected by law as an urban monument reservation.

Prosper Golf Resort Celadna, a 3-time host of the European Tour on its 36-hole complex.  The Tour utilized the back nines of each course for their events and that option is available to you as well. The 15th hole par 3 on the back nine would rank as one of my favorites in the world.  Ostravice Golf & Ski Resort lies between the 2 highest peaks of the Beskydy Mountains, a fun to play parkland style course with panoramic views and for three consecutive years was recognized as the best course in the country.  The closest to Olomouc, about 12km is Golf Resort Olomouc and right on the Polish border, (you can see Poland from the fairways) close to the 3rd largest city in the nation Ostrava you will find Rospice Golf Resort.  Both are awesome options and top-quality courses.

My day at Golf Resort Ostravice.

Half a dozen, that was about all I could get to of the 14 officially designated UNESCO World Heritage Sites in the Czech Republic.  It needs to be pointed out that although the UNESCO sites here focus predominately on history, and architecture, there is so much more to the organization.  UNESCO  UNESCO check it out.  In the Czech Republic alone you will also find six traditions of “Intangible Cultural Heritage” that delve into verbal traditions, scenic art, social habits, rituals and festivals.  Additionally, UNESCO, Biosphere Reserves and Global Geoparks of which there are 6 allow you to better understand the unique relationship between nature and man.

WOW, writing and researching more of what I was exposed to during my first visit to the Czech Republic makes me crave for more.  Pretty sure it will for you as well.

If chasing the little white pill while filling your boots with history, culture and maybe some pilsner then you have come to the right place.   Yes, Pilsner Urquell has a place in history and definitely part of the Czech culture.  Established in 1842 in Plzen, changed beer forever, influencing over 70% of beer sales worldwide.

For more information of golf in the Czech Republic #VisitCzechRepublic – Golf