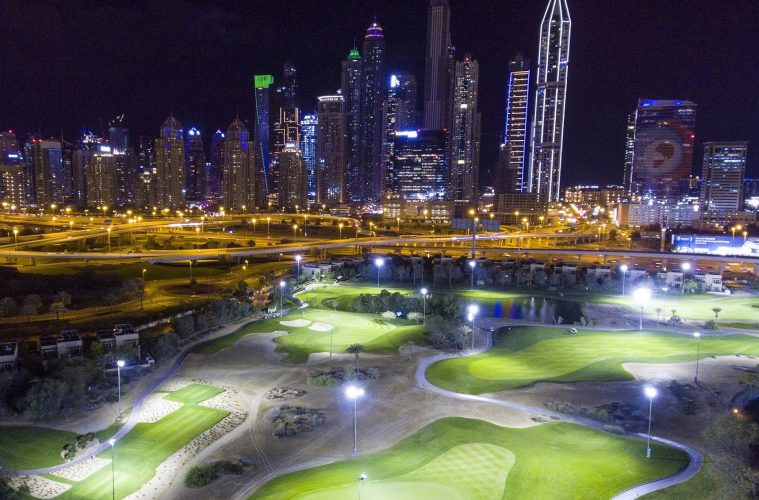 THE TIME TO SHINE… FOR THE OMEGA DUBAI MOONLIGHT CLASSIC

DUBAI, 08 OCTOBER: Golfing superstars Minjee Lee, Georgia Hall and Lydia Ko, will be teeing off under the floodlights at this year’s OMEGA Dubai Moonlight Classic. The iconic Faldo Course at Emirates Golf Club will host three days of golfing action from 4-6 November with 56 players set to compete. Competition for the $285,000 prize fund will be fierce with five players from the confirmed field in the top 50 and one player in the top ten.

The tournament which has been played since 2006 on the Faldo Course, will return in 2020 for its 14th edition. The course was built with night golf in mind. It was redesigned by six-time Major champion, Sir Nick Faldo, in 2005 and reopened as a par-72 layout in 2006, with floodlights being an integral part of the course’s design. This year’s three-day event is set to take place behind closed doors and held within a safe environment. The OMEGA Dubai Moonlight Classic will mark the return of sporting events to Dubai and take place under the appropriately named theme “Time To Shine”, after many tournaments were cancelled or postponed due to the COVID-19 pandemic. Speaking about the challenge of organising tournament golf amidst an uncertain backdrop, Tournament Director, Simon Corkill, commented:

“2020 has been a very difficult year globally, not just for sports, and as such we are very grateful to Dubai Sports Council and all our partners; without their support this tournament simply wouldn’t have been possible. With some of the game’s best players set to attend this year’s tournament, we’ve gone above and beyond to ensure the necessary safety precautions are in place for November. Whilst we won’t be able to welcome spectators this year, we are delighted that Dubai will host the unique and day and night event which will be broadcast globally to 60 countries and 348m households. 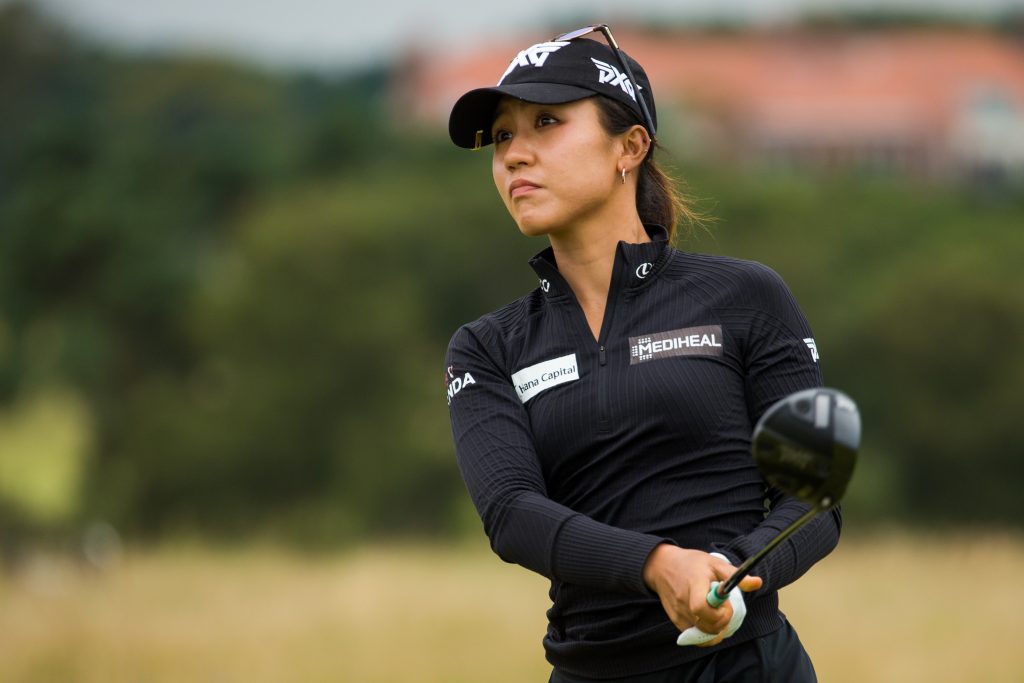 The 2020 tournament has already secured some standout players from the women’s game, including defending champion Nuria Iturrioz, Solheim Cup players Charley Hull, Georgia Hall, Céline Boutier and the 2021 captain, Catriona Matthew. With the latter being a previous Women’s Open winner, LET ‘Player of the Year’ and famously the victorious Team Europe captain for the 2019 Solheim Cup. Whereas Boutier has been prominent since her breakout as the number-one ranked amateur in 2014, going on to secure four victories on the Ladies European Tour and Symetra Tour in 2017 and 2018, before following up in 2020 with her first victory on the LPGA with a win at the Texas Women’s Open.

Australasian sensations Lydia Ko and Minjee Lee will be hoping to crash the European party. Ko, who in 2017 became the youngest ever number one ranked professional (in either the men or women’s game) as well as a two-time Major winner soon after, will be hoping her first appearance in Dubai will continue her return to form in 2020 after a recent T2 finish at the Marathon Classic. Australian Minjee Lee is currently ranked No.6 in the world and with three top-four finishes in five starts since the post-COVID resumption, she’ll be hoping to better her T-11 performance in Dubai back in 2014. 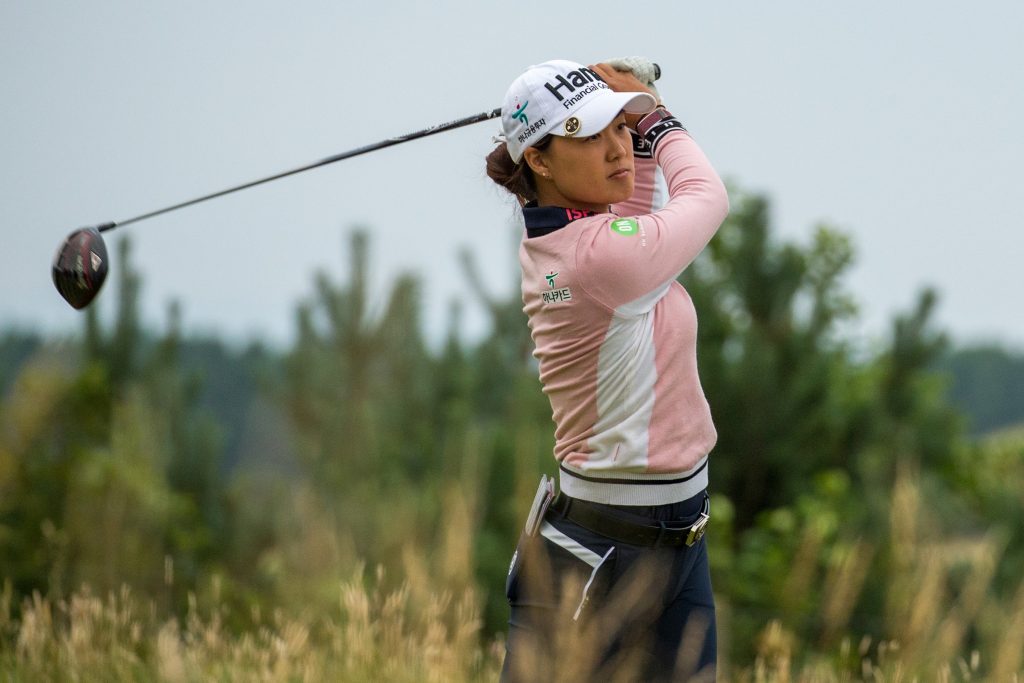 “It will be great being back in Dubai competing again and this will be my first time playing under the floodlights with the backdrop of the nighttime Dubai skyline, which I am sure will be an incredible experience,” said Minjee Lee. “As golfers, we are incredibly lucky to be able to compete and play golf all around the world, on so many beautiful golf courses in so many amazing locations. I just can’t wait to get out under the lights come November and try something new. Having previously secured a top-20 finish in Dubai before, hopefully my game will be able to adapt to the conditions and my performance will give me a chance to compete.”

Looking to take advantage of the unique conditions will be 2018 Women’s Open winner champion, Georgia Hall, who arrives in Dubai fresh from three victories in the pandemic-affected season of 2020, with success on the Rose Ladies Series in the U.K. and a playoff triumph in the US at the LPGA Cambia Portland Classic. 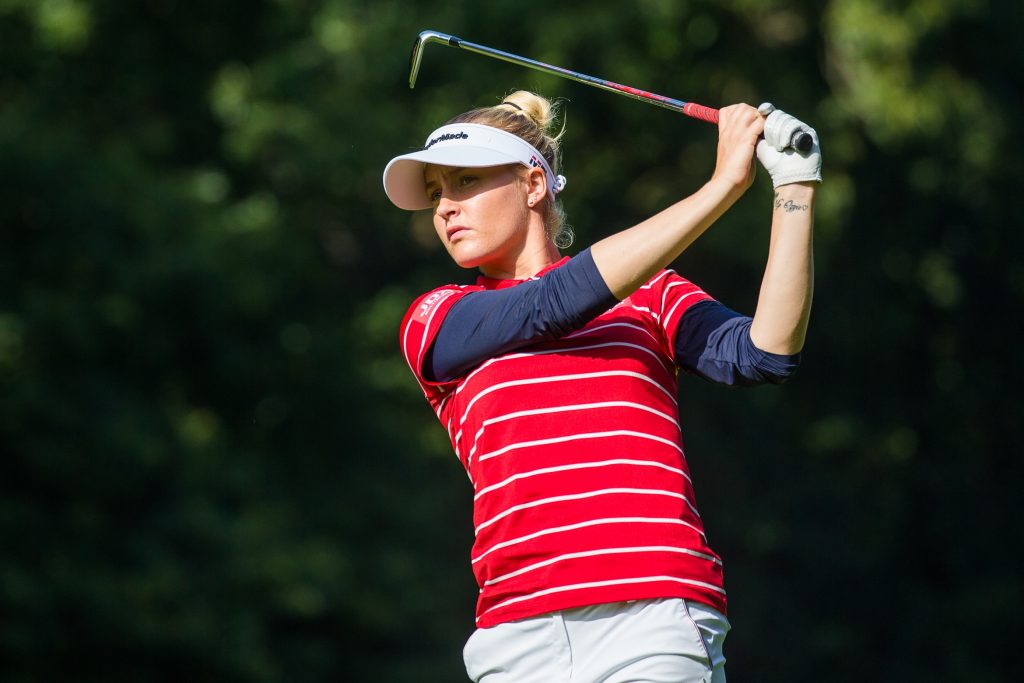 Georgia Hall added: “The prospect of being back out in Dubai where I first played in 2014 as a teenager is an exciting one. I’m looking forward to finishing off the season in style and playing under the floodlights for the first time will be something new for my game to have to adapt to, it’s incredibly exciting for the players and we are very grateful that we have the opportunity to safely compete together once again.”

Hall will be looking to claim her first title in the Middle East but will face tough competition in Charley Hull, who she finished runner-up to in the overall standings of the recent Rose Ladies Series. Hull, who is no stranger to success in the UAE, won the most recent edition of the Fatima Bint Mubarak Ladies Open at Saadiyat Beach Golf Club in Abu Dhabi, in 2019. Her recent run of form in 2020 will make her one of the favourites to lift the iconic Dallah Trophy when the world-class field assembles in November.

With a line-up of such prodigious talent at this year’s OMEGA Dubai Moonlight Classic, Muni He, certainly won’t struggle to standout. The 21-year-old Chinese professional whose rise to prominence has seen her claim her first tournament victory on the Symetra Tour in July 2018 at the inaugural Prasco Charity Championship in Maineville, Ohio. A follow-up win at last November’s LPGA Q-Series was enough to secure her 2020 LPGA Tour membership and Dubai will be a prime opportunity for her to prove her burgeoning potential.

About the OMEGA Dubai Moonlight Classic

The OMEGA Dubai Moonlight Classic will be held on the iconic Faldo Course at Emirates Golf Club from 4 – 6 November, 2020. 56 players are due to compete for the $285,000 prize fund with five players from the confirmed field in the top 50 and one player in the top ten.
Previously the OMEGA Dubai Moonlight Classic, has been won by some of the world’s leading female golfers including four time champion Shanshan Feng, two time winner Annika Sorenstam, Alexis Thompson and Pornanong Phatlum.

OMEGA, renowned for its innovative watchmaking, is title sponsor of both the OMEGA Dubai Desert Classic and OMEGA Dubai Moonlight Classic. Through its association with many of the world’s most high-profile competitions, organisations and players, OMEGA is committed to supporting the game’s rising stars and introducing golf to a new generation of fans.

Emirates Global Aluminium (EGA), founding partner of the OMEGA Dubai Moonlight Classic, is the world’s largest ‘premium aluminium’ producer and the biggest industrial company in the UAE outside oil and gas. EGA’s long term support for the tournament demonstrates their corporate commitment to the socio-economic development of the UAE as well as to promoting the country internationally.

Patrons of the event are: Motivate, Byrne Dubai Duty Free and The National

About the LET
The LET inspires women and girls to pursue their passion and realise their potential through the game of golf. Our strong, energetic, proud and confident players are driven to compete at the highest level and lead by example. A diverse and multicultural membership of 325 professional golfers representing 38 countries, we are a global tour with roots in Europe. We aim to entertain and excite, but also to enhance health and quality of life, as a responsible, committed and respectful partner.

Passionate – we are driven by a passion to perform to our full potential and get better every day. It’s not just about the money or the glory, but a true love for the game.

Committed – we are fiercely committed to continuous improvement and recognise the grit that it takes to achieve long-term goals.

Inspiring – our players are inspiring role models to follow and encourage others to pursue their own dreams. The 2020 LET season is the 42nd series of golf tournaments since the professional tour was founded in 1978 and marks the first edition of the Race to Costa Del Sol. The LET Access Series is the official development tour of the LET, formed to give players an opportunity to compete and progress onto the LET and achieve their dreams in professional golf.