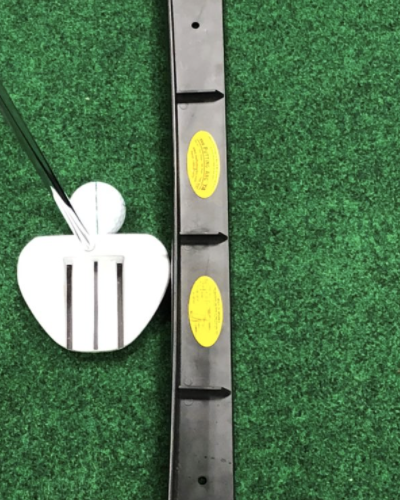 The Putting Arc congratulates the top finishers at the LPGA’s Volunteers of America Classic, held last week at the Old American Golf Club in Colony, Texas. At least two of the top four in the final leaderboard are present or past Putting Arc users.

Yealimi Noh and Inbee Park tied for second. Inbee is the defending Olympic Gold Medalist from 2016 and she is often mentioned as the best putter in the world, male or female. Yealimi has missed only one cut this year as a rookie and has won over $373,000 in official prize money so far this year.

The tournament was won by Angela Stanford, her seventh LPGA win and her first win since the 2018 Evian Championship, an LPGA Tour major. She birdied five holes on the final nine to take a comfortable lead into the eighteenth hole and a great victory in her home state. We have never had Angela on our user list and do not know that she has ever used a Putting Arc, but a slow motion replay of her putts on the final nine holes will reveal the inside-to square-to inside putting stroke that can be learned using a Putting Arc.

Get your own Putting Arc or give one as a Christmas gift for the junior golfer in your life. You will soon see what a few minutes of at-home practice every day will do for the average amateur putting stroke!

Available at The Putting Arc