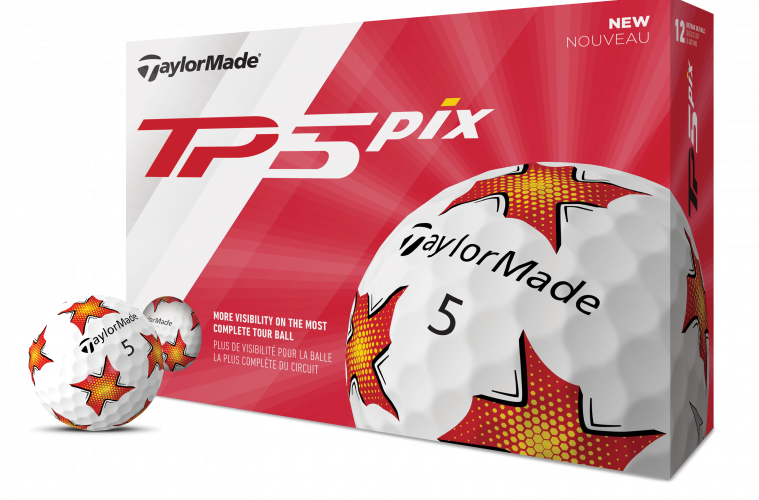 TaylorMade Golf has announced an “optically designed” version of the five-layer TP5 ball called the TP5 Pix for “pixelated” pattern on the cover.

In part the Pix version is in response to how quickly the non-white segment of the ball market is growing. TMaG says these non-traditional golf balls have several benefits including being easier to see and they make an easy visual check for the ball’s rotation on putts and shots around the green.

Mike Fox, Category Director, Golf Balls & Accessories was quoted saying, “White, round and sits on the ground is no longer the norm for golf balls. Visual technology has given us the opportunity to not only change the appearance of the golf ball but also allows for players to see immediate feedback where spin matters most – on and around the greens.”

Research at Indiana University by the same team the company has used for other projects such the new Spider X putter line featuring a reconfigured alignment called True Path that optically helps players see the intended target line more readily. The human eye processes lighter colors more efficiently when it’s darker and darker colors when it’s lighter. It’s this phenomenon that led designers to the two-color design of TP5 Pix. Competitive golf balls such as the Callaway Chrome Soft Truvis use a single color inside a single image or shape, TP5 Pix goes on better with two colors in the one shape that testing showed improved visibility. Producing this shape requires a unique, one-of-a-kind printing machine which has taken more than 18 months to design and develop.

TMaG is produce a ball with cover graphics that will last uses an undercoating printing process, the same as is done with TaylorMade logo and TP5 side stamp.

Pricing for the TP5 Pix is the same as the regular TP5 at $45 per dozen. No word if or when the Pix option will be available for the TP5x. 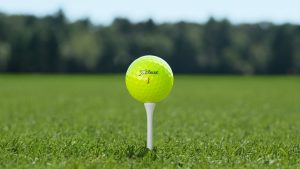 They were announced back in January but are now in shops, Titleist Pro V1 and Pro V1x balls in yellow. High optic yellow versions are already in play on the PGA Tour with Bubba Watson teeing one up at the Waste Management Phoenix Open and this past Sunday Kirk Triplett took the PGA Tour Champion Hoag Classic in a two-hole playoff with a Pro V1x Yellow. The new color model carries the $48 price of the white versions.

SGOTT
Old friend Dave Dusek always has an interesting take on the world of golf and his expertise of equipment is second to none making his contributions to Golfweek a must-read. His March 12 column listed the top ten on Tour in Strokes Gained Off the Tee and the drivers these exceptional players are currently using. No surprise in the prevalence of TaylorMade M5 and M6 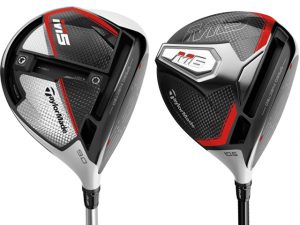 Granted the above is simply an exercise in selective statistics but a few observations the significance of which I will leave to others. The number one ranked player in the world Dustin Johnson isn’t on the list and that should reinforce the selective stats argument. There are no players using the Titleist TS model from the “Titleist Speed Project” only a two-year old 917D2. More surprising is the absence of at least one toursters teeing it up with the best-selling Callaway Flash.