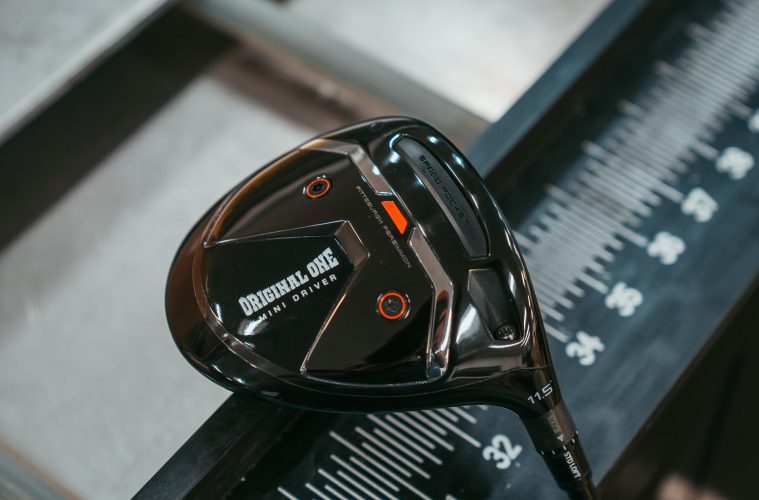 TaylorMade Golf had success with the small headed driver in 2014 and 2015 with SLDR Mini (260cc) and AeroBurner Mini (253cc) and both had heads made from steel. Now for TMaG’s latest entry in that category the Original One Mini Driver titanium is the metal of choice and there are several other design improvements.

Tomo Bystedt, Senior Director, Product Creation for the announcement was quoted: “For the past 40 years, TaylorMade has continued that legacy of innovation with game-changing technologies, engineered to help golfers perform at their best. The Original One Mini Driver incorporates that heritage of innovation with key performance technologies, packed into a confidence-inspiring shape that delivers on distance, forgiveness and accuracy.” 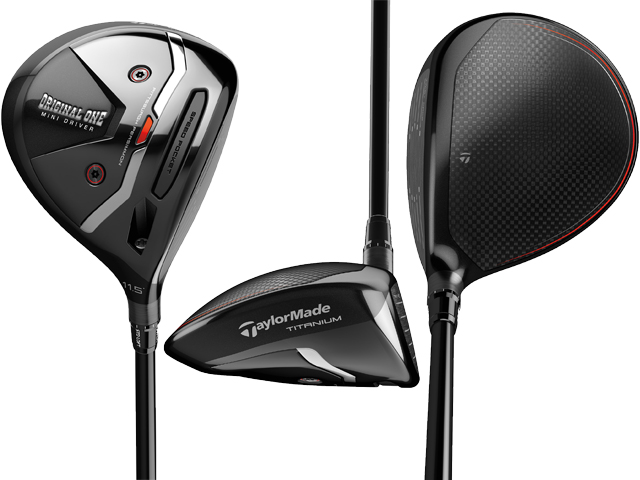 The titanium body has a sole plate of steel weighing 50 grams and a carbon composite crown similar to the M series drivers which means the center of gravity is very low giving the OOMD the versatility for use off the tee or out of the fairway. A neat touch are the words “Pittsburgh Persimmon” on the sole, a reminder of the of the 1979 metalwood that gave TaylorMade Golf its first popular club and initiated the industrywide conversion from persimmon driver clubheads.

Brand & Model:
TaylorMade Golf Original One Mini Driver
Key Features:
275 cc head
Speed Pocket Sole Slot
Twist Face construction
12 position adjustable hosel ± 2°
Interior Face has Inverted Cone design
Retail Price & Availability:
$400 at retail May
Need To Know:
Choice of 11.5° or 13.5° lofts. Stock shaft: Mitsubishi Diamana F Limited 55g (R-flex), 65g (S-flex) and 75g (X-flex). Length is 43.75” or 1.75” shorter than M5 or M6. All are a D3 swing weight. Can either replace the driver or fairway wood or played as a longer fairway wood. Shorter shaft to lower shot dispersion and sole slot for impacts low on the face such as from the fairway. 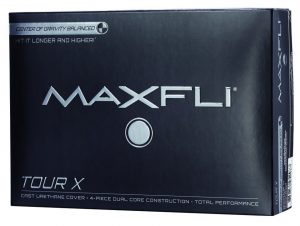 Maxfli is one of Dick’s Sporting Goods brands specializing in low priced distance-category balls but now have added the 3-piece Tour and 4-piece Tour X both with cast urethane covers. Both also have what they are calling “Gravity Balanced Technology” or a line on the cover indicating the natural spin axis of the ball which was determined during production. When pointed at the target side spin is reduced for added distance according to Maxfli testing.

The Tour has a softer feel of the two and a slightly lower trajectory and both are said to produce high spin rates from short irons. Both have a 318-dimple cover. Priced at $35 per dozen Dick’s is running a special of two dozen for $50. 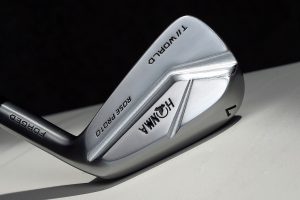 Justin Rose is proud of the input he had in the new eponymous irons from Honma Golf. This blade with a classic muscle back design features a channel across the back between the upper and lower areas effectively allowing more weight to be placed lower in the head. Forged in mild carbon steel offset is progressive through the set. Available now, Rose Proto MB irons of 4-iron through 10-iron (46° PW) are priced at $175 for each club. 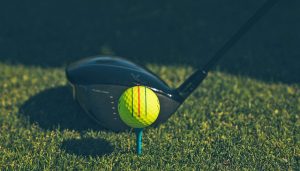 Callaway Golf through May 31 is running a promotion for the benefit of the Children’s Miracle Network Hospitals. Four dollars from the sake of every dozen ERC Soft Yellow golf balls will go to the benefit of the charity. ERC Soft Yellow according to Callaway is their longest ball with soft feel and has the three alignment lines on the cover tagged Triple Track Technology.

Gear at Harbour Town:
The ball count for the RBC Heritage again reflected the domination Titleist enjoys with 99 players in the field of 132 playing either a Pro V1 or Pro V1x compared with 15 using the Callaway Chrome Soft of Chrome Soft X. Titleist was also the top choice in the driver category with 38, 34 were the 2019 TS models (TS2 – 12, TS3 – 21, TS4 – 1). They were tied for first in fairway woods played with 45 and first in hybrids (21) and irons (41). Their Vokey wedges with 185 led the approach, sand and lob category. Odyssey took the putter count last week with 49 putters in play, Titleist had 40, PING 15 and TaylorMade had 14. Odyssey leads in worldwide wins this year.