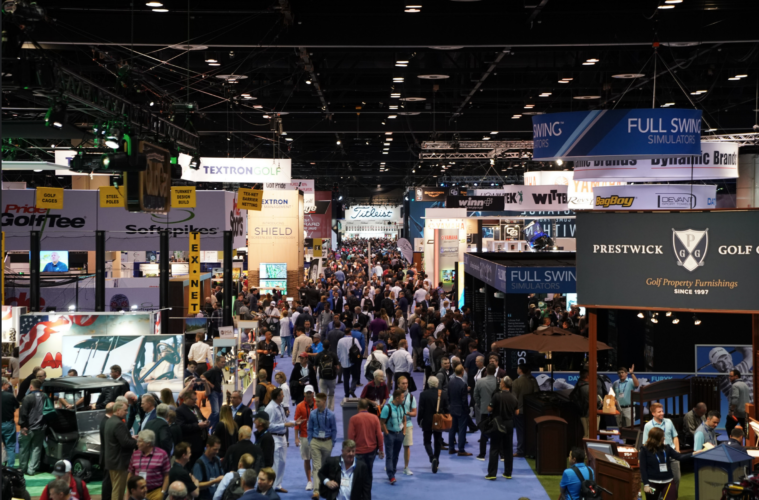 IS GOLF TURNING THE CORNER? QUESTIONS ABOUND AT 2019 PGA SHOW

ORLANDO, FL. When the annual PGA Merchandise Show commences this month at the Orange County Convention Center the euphoria of buying and selling among the 50,000+ attendees will be tempered by soft whispers in the aisles. Behind the gleaming smiles and firm handshakes there are serious questions hovering about but far from resolved. Since the end of The Great Recession in ’09 the golf industry has seen clear indicators of the future and the prognosis is a sobering one that remains far from resolved.

Golf rounds in America were down roughly 5% for 2018 and that trend has shown no signs of abating. Golf course closing have been far outpacing course openings for a number of years now. More than 200 courses closed in the United States in 2017 — with only 15 new ones opening, according to the National Golf Foundation (NGF), a golf market researcher provider, based in Florida. That trend is not abating and for every course that has closed several more are teetering along the financial abyss. Much of that coming during the 1990s because of a rampant overdevelopment of facilities in given areas and a dearth of players to provide a steady stream of financial revenue. 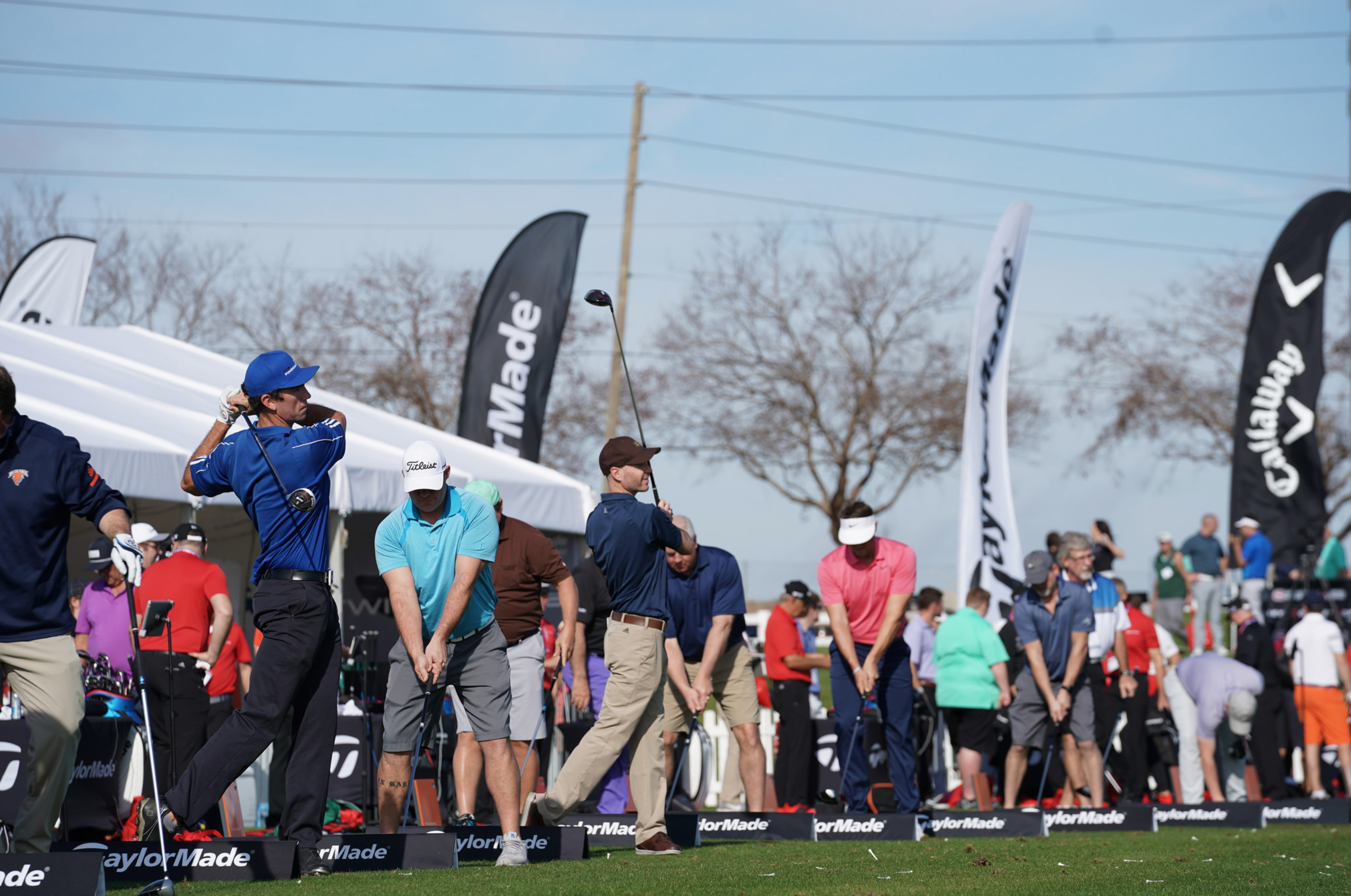 Much of the glut is tied to real estate developments that placed golf course creation in the center of their efforts. When the real estate market tanked badly during The Great Recession the aftermath — nearly a decade later — has shown clearly that a new and more likely permanent paradigm is now the new normal. In sum — until supply meets the new demand — the shuffling of courses will remain in flux,

The closures are not relegated to locations off the beaten path but have impacted major metro areas such as New York, Los Angeles, San Francisco and Chicago, to name just a few. Where a number of private clubs used to tout waiting lists to join the situation is now clearly going in a different direction for all but the most well-heeled and financially solvent of clubs.

The golf industry is still showing dependence on the involvement of Baby Boomers — those born between 1946 and 1964 — and which constitutes the largest percentage of core golfers — those playing over 50+ rounds per year. Baby boomers, categorized by being overwhelmingly white males have been the dominant and most active group. It is this group that has been the biggest spender in all areas tied to the golf industry — whether equipment, apparel and travel / destinations. Even though core golfers represent just 25% of the total number of players in America — roughly 4 million — it is this group that the industry as a whole is bankrolled to the tune of nearly 60%.

Until the world economy tanked over a decade ago — key voices within the golf industry continued to make gross assumptions concerning the health of the sport. During the rapid opening of countless courses throughout the 1990’s and continuing past the Millennium there was no deeper understanding of how such a growing portfolio of courses would be able to sustain themselves financially. The growth was fed by erroneous reporting — most notably the NGF– which stated no less than a course a day would have to be opened to sustain the expected surge of players. Neither of those assumptions have materialized and the resulting supply of courses still weighs down the market today. 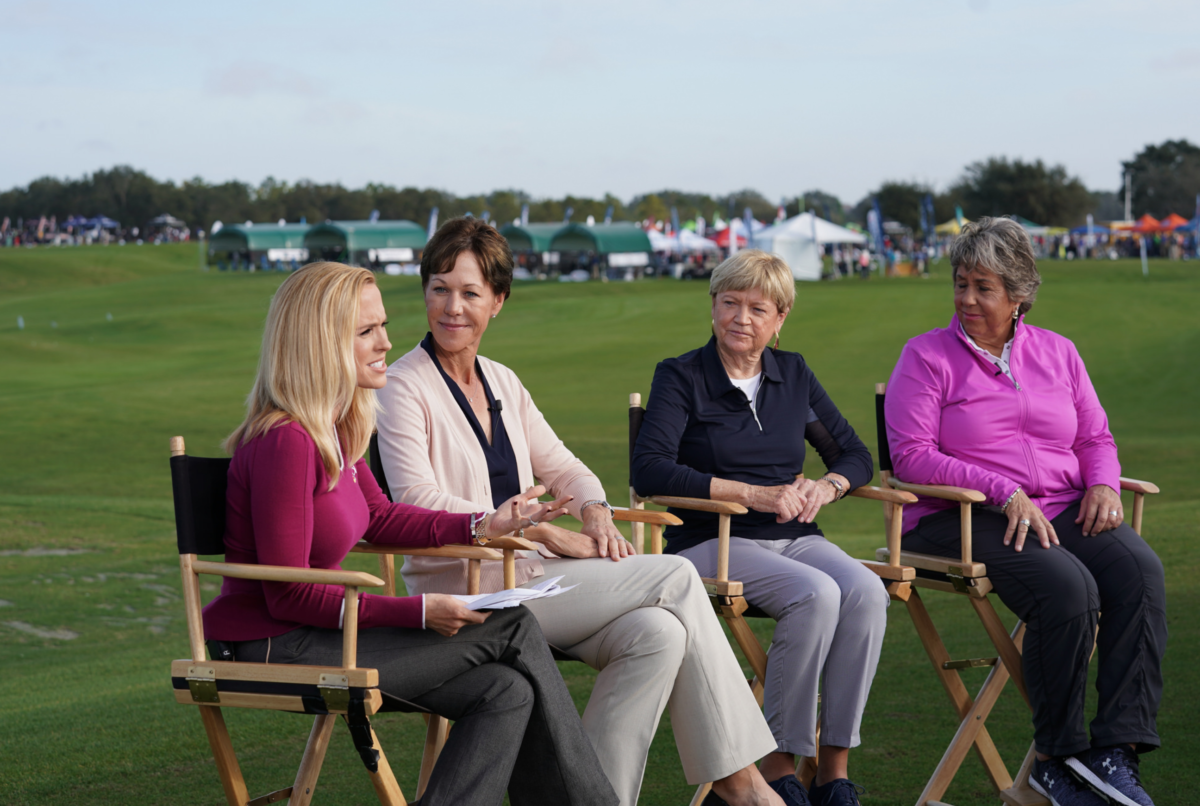 The PGA Show showcases a vast array of new product inventions spanning the full spectrum of the sport. There’s little doubt the far upper reaches of the economic strata will continue to play the sport and it is increasingly this group that a number of providers are targeting for their growth. But the questions remain — is golf turning the corner and is the future of the game on truly solid footing? How long can Baby Boomers be the financial backbone and is the sport heeding the ominous signs and making the appropriate course adjustments — no pun intended.

Over the last several years a number of key companies — mainly on the equipment side but also in other areas have focused exclusively on individuals with the deepest of pockets. The rapid escalation of premium equipment company PXG is an example of this. The company, under the direction of owner Bob Parsons — has focused on golf product clearly meant for those with the wherewithal to spend. Drivers are considerably above $500 and full set of irons can easily surpass $2,000.

But PXG is not the only one doing so. Honma, the premium brand Japanese company, has done likewise. Ownership of the clubs alone is a status symbol for many within the Asian community and prices are no less set at a premium level for those with the wherewithal to spend. Several golf apparel companies — Bobby Jones, Peter Millar, J. Lindeberg, to name a few — are doing the same marketing efforts — pigeonholing those with no hesitation in plunking down $100+ for a polo golf shirt. Foot-Joy, golf’s most successful shoe company, launched in 2018, a new high end premium model shoe — the 1857. Costs for the shoe are approximately $750 a pair. 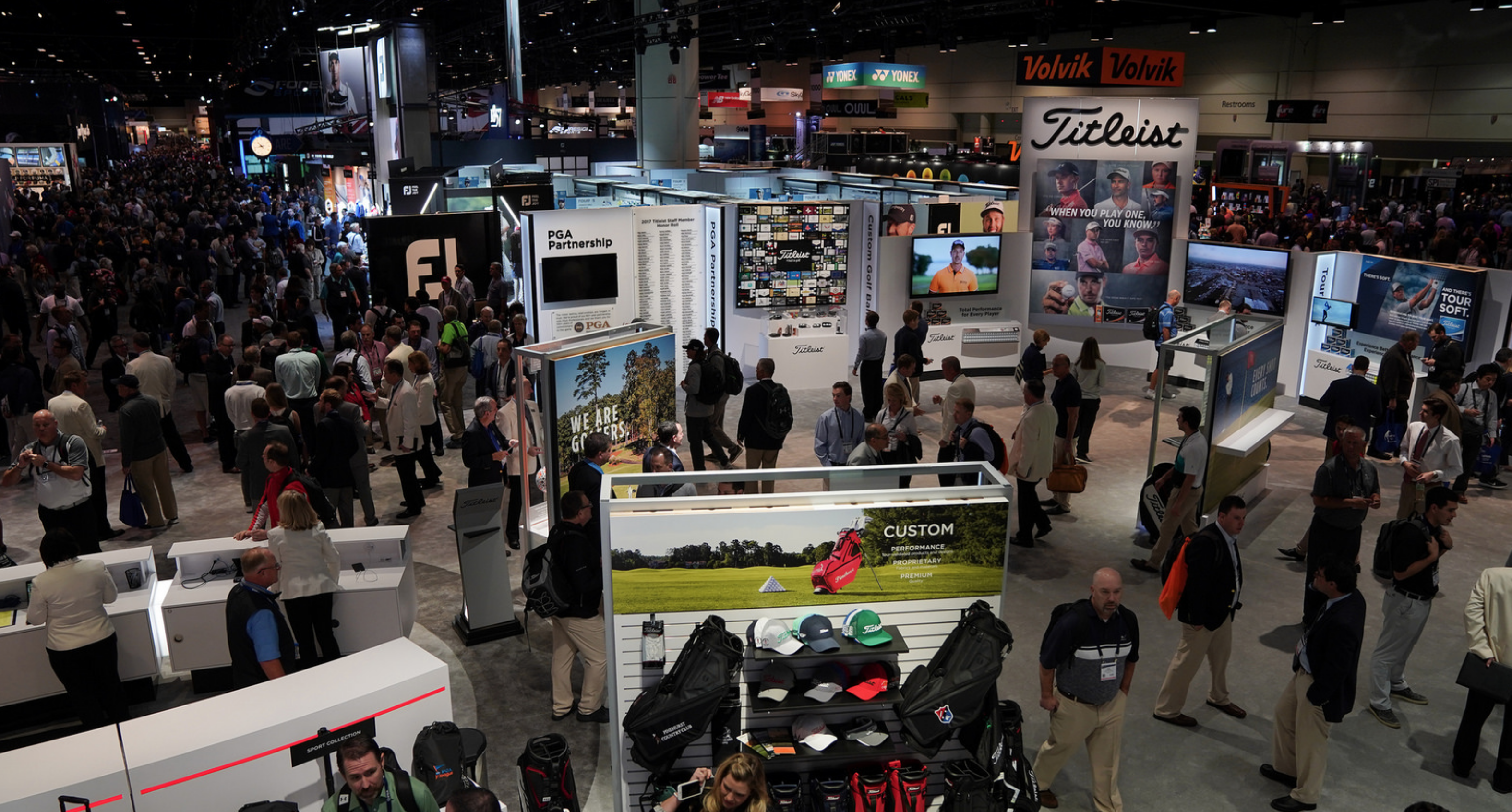 Sparking the involvement of Millennials — those born in the mid-1980s and carrying through the mid-1990s — is a central theme for many within the golf industry but the results have been mixed thus far. Golf is a game that requires time – a previous commodity for a younger generation that wants to engage itself in a range of ways and not be trapped on a course where five hours or more is the norm. There is also the costs associated in playing the game — golf requires a hefty investment in order to get started. Those at the mid to lower points on the economic ladder have not seen golf as a game within their pocketbook reality. There is also the difficulty of the game — being able to play at an enjoyable level has focused squarely on how effective teaching is happening — or not happening. In sum — the patience of past generations to learn a very frustrating game at times — is not an aspect ingrained in the newest generation of players.

There have been some clear innovations in order to attract new players. Alternative golf options such as Topgolf and Drive Shack have entered the scene. Each offers a mechanism for players to enjoy shared entertainment — mixing food and drinks into a revamped golf driving range scene. No less than 65-70% of the people who have participated with either company have never picked up a club previously. The question remains to be answered — can traditional golf capture a fair percentage of these new players? In many ways golf is equivalent to the situation snow skiing faced over 25 years ago. The rise of snowboarders was looked down by many in the skiing industry. They were seen as rebels and outside the realm of traditionalists. But, as one skiing facility owner said so succinctly — “the snowboarders have the same Andy Jackson on their $20 bill as the others and we are in the industry that needs to cater to those who will spend.” The skiing industry is still facing long term challenges but the desire to adapt is a clear lesson for those in the golf industry to learn from and adjust accordingly. Players now want relaxed dress codes, being able to play music while on the course and having access to golf boards that whisk them around the course. These are just a few of the desires being sought. Those clubs hunkering down and appealing only to those who favor the long time traditionalist approach will still remain but the overall numbers are clearly going in a different direction. Change is the price of survival in any industry and golf is no different in that regard. 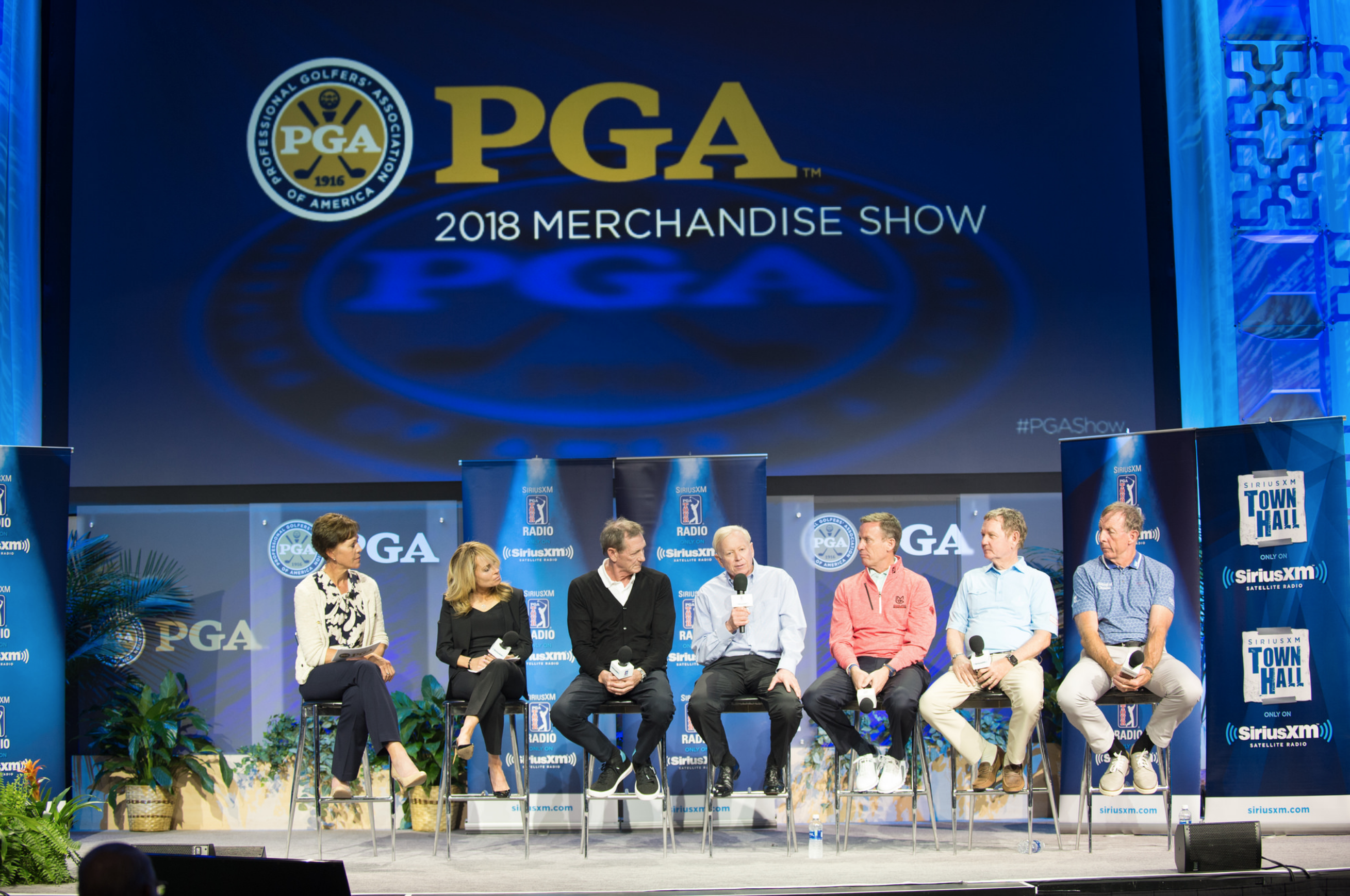 The peak involvement of Baby Boomers is nearing an end and what comes after that for the golf industry is a matter of great concern — with clear unknowns looming large. Those gathering at this year’s PGA Show have always promoted a positive glowing account that the health of the game has never been better and that the best days are just ahead. The realities point to a different direction on the road ahead. Various efforts are underway — initiatives such as First Tee – are making inroads in attracting a younger audience to the virtue in playing the game and the fruits of these labors may indeed have a healthy contribution.

But, the risk for golf is whether the sport can continue to attract those who don’t have the deepest of pockets. Golf’s ascension came about through a convergence of key elements in the 1960s — the growing middle class, the emergence of a dashing Arnold Palmer and the role of television in concert with a personal desire to have a connection to the outdoors via a game that fostered networking with people. There is a very deep risk that golf will retreat — going back to a time where only the most affluent will remain active with the sport. Golf’s future is clearly on the line and while efforts are being made — the clear economics and the numbers associated with them are unassailable. It’s been said that time and tide wait for no man. The same can be said for the golf industry. The outcomes are not etched in stone but the realities are undeniable. It is this new reality that those gathering in Orlando will squarely be facing — and in shaping a sport for the balance of the 21st century.