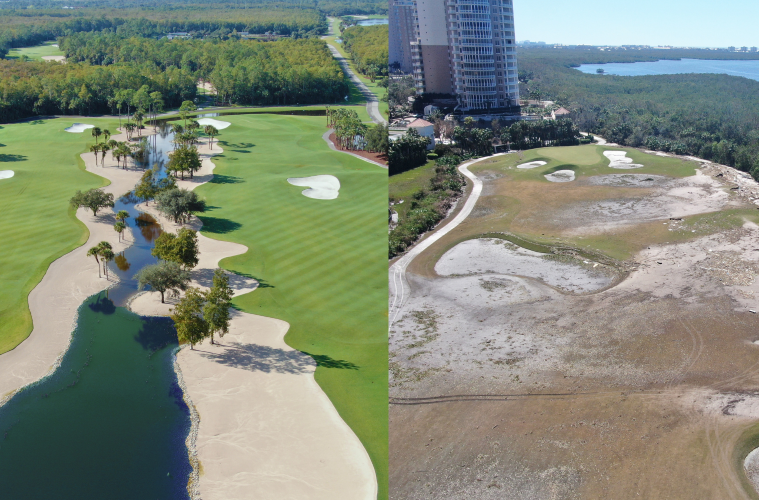 Fred Fung joined Bonita Bay Club 2010, shortly after its members purchased the club from its developer. From 2017-2019, he served as the GM/COO of Charlotte Country Club, site of four USGA Amateur Championships, including the 2018 Mid-Amateur.

Since returning to Bonita Bay Club in 2019, Fred Fung and his team have successfully managed through the pandemic, its accompanying unprecedented influx of membership, and, most recently, Hurricane Ian – all while maintaining favorable operating balances. 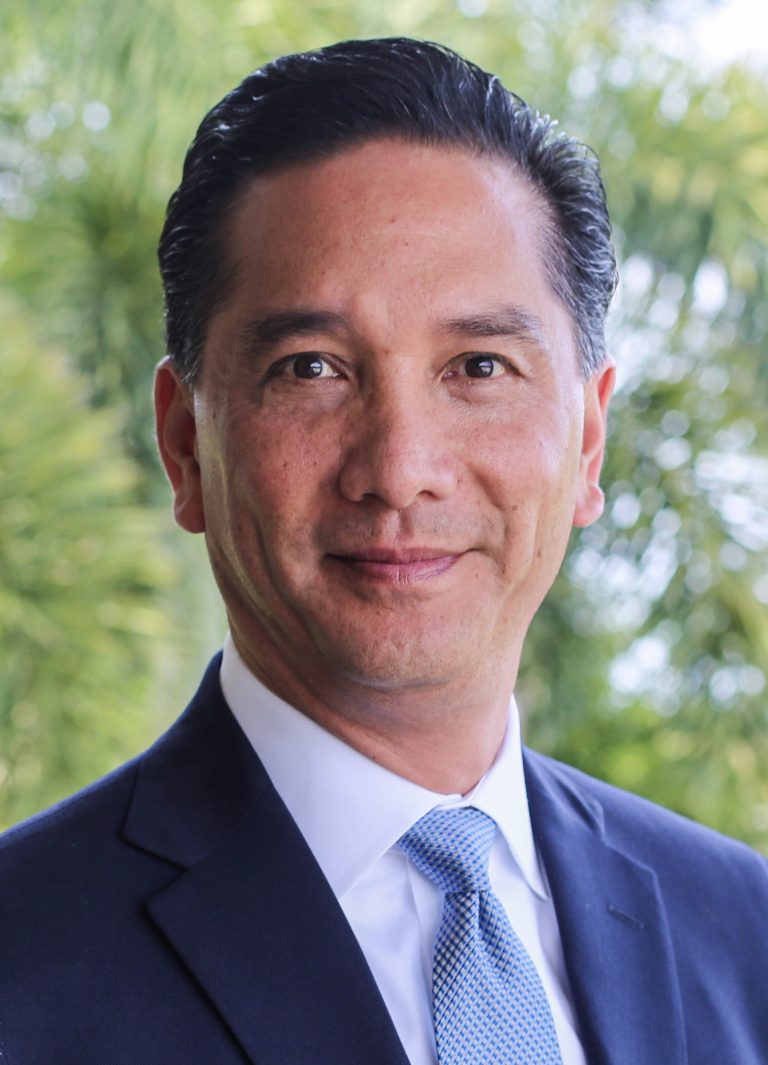 I’ve known what I’ve wanted to do since I was 13 years old. In 1980, my family was visiting a friend in Fort Lauderdale at a resort he managed. As he approached us by the poolside restaurant — wearing canary yellow pants, boat shoes, and a pink blazer — he was grinning ear-to-ear, waving, and chatting with people along the way.

Immediately, I proclaimed to my father, “that’s what I want to do!”

After graduating from Penn State’s Hospitality Program, I worked in the hotel industry for 20 years, highlighted by a seven-year tenure with Mandarin Oriental Hotel Group, opening their triple (hotel, restaurant, and spa) 5-Star property in Miami.

In 2007, I transitioned to private club management with Turnberry Isle, Fisher Island, and joined Bonita Bay Club in 2010. 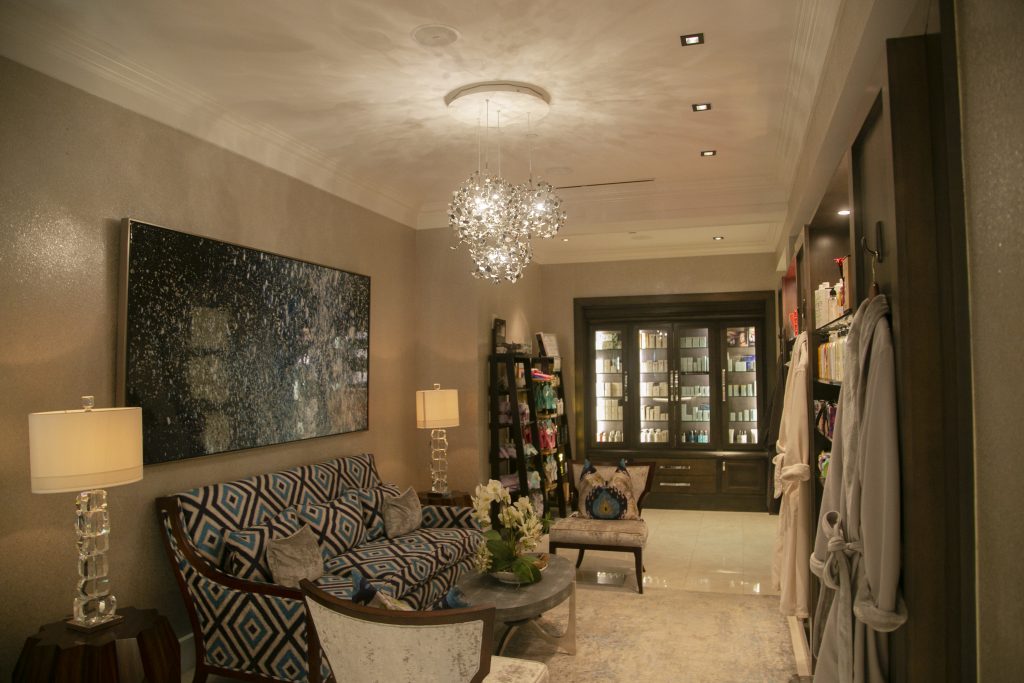 Simply to make an incrementally positive difference in the lives of the people I serve. Since that enlightening moment when I was 13 years old, I knew that the hospitality industry was for me.

In the years that followed, I came to embrace that passion. In the private club world, this includes Bonita Bay’s members and 650 staff. 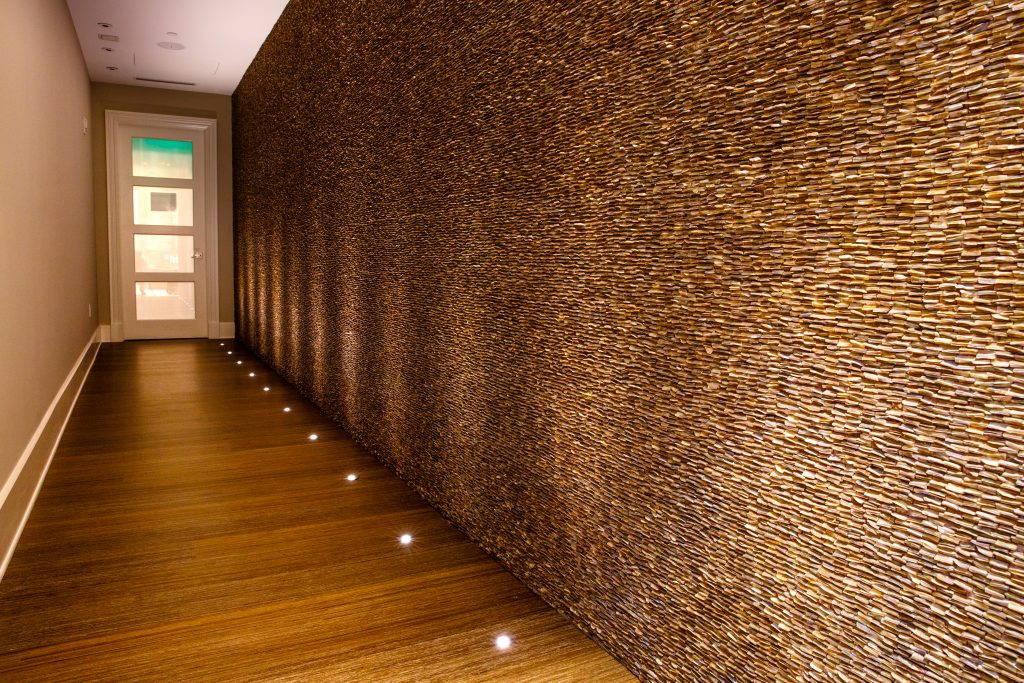 You’ve been in the golf industry for quite some time – what drew you to it originally?

I sort of fell into the golf industry when I started working at resorts with golf courses. I loved my days in junior and high school golf and, for some reason, I never even considered that people could enjoy a career in the industry. That changed after I moved out of the hotel business and into private clubs.

You started your career at Bonita Bay Club then left for the lead staff position at Charlotte Country Club before returning to BBC. That’s an interesting development. What prompted the desire to return “home?”

The people. There is a unique employee culture at Bonita Bay Club demonstrated by a senior staff tenure that approaches 20 years. Simply put, it’s where my heart is. 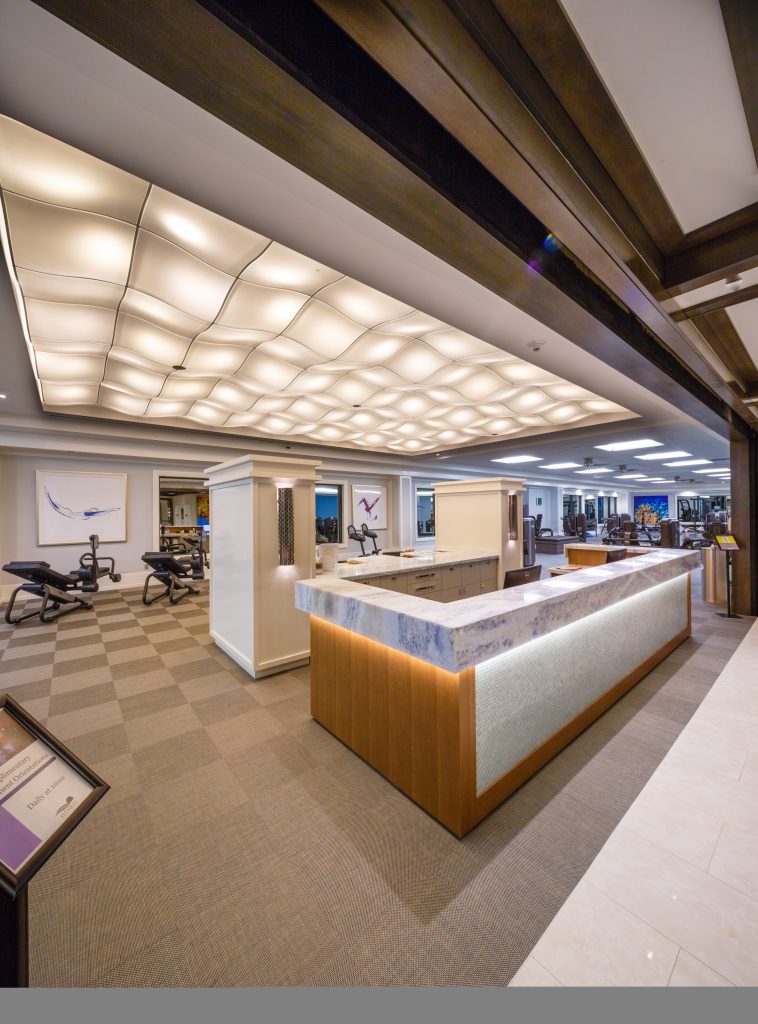 The three most essential attributes one must have as a General Manager is what?

Adaptability – you can only plan for what you can predict but you can adapt to anything – this has been exceptionally important when dealing with various emergencies such as the Covid pandemic and Hurricane Ian.

What impact did the pandemic have and how are things now in going forward?

The pandemic had a significant impact on the hospitality (including private club and golf) industry. We’ve had to adapt to a reduction in available staff due, in large part, to what has traditionally been an industry with low wages and demanding schedules.

I view this as positive in the long-term, with significant increases in pay and with flexibility in our approach to adapt schedules for our hard-working staff.

Is there any noticeable difference between Baby Boomers and those from the Millennial generation?

We see noteworthy differences in the needs and wants through all generations of members and staff, the most significant being their progressive levels of comfort with technology. We provide a wide scope of available technologies and communication resources – then allow people to use those with which they are most comfortable. 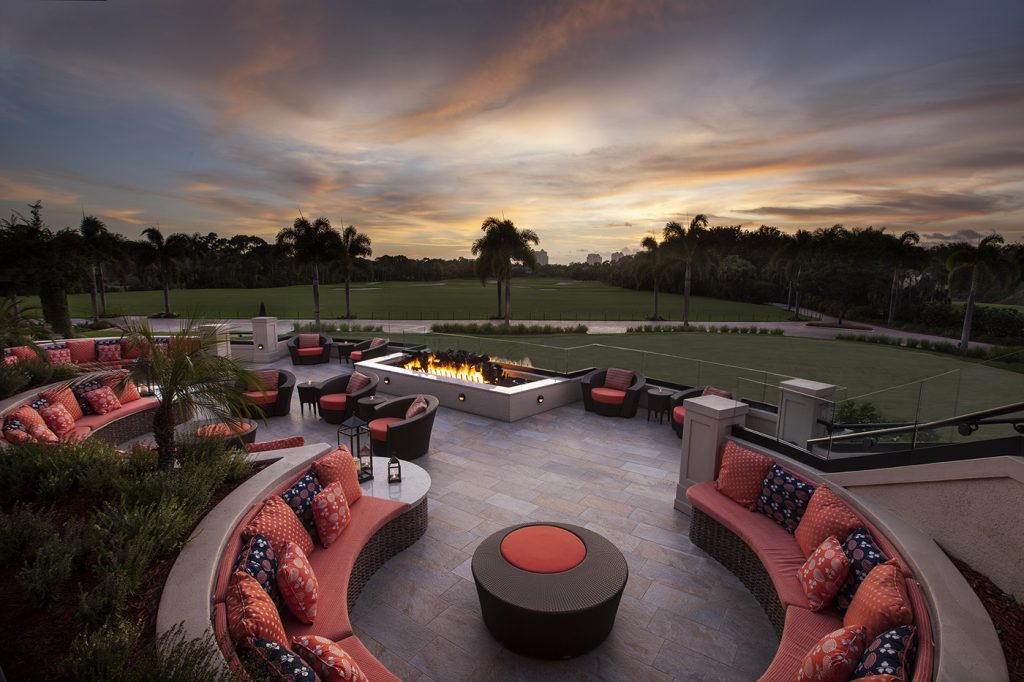 Curious to know — when you visit a facility for the first time what’s the first thing you notice?

Facilities are critically important and it’s all about the details. But nothing impacts my impression more than the intangibles associated with the friendliness and warmth of the staff – or lack thereof.

If you could change one thing in golf unilaterally – what would it be and why?

That the industry’s present growth – unlike in years previous – would continue and increase access to the game. The First Tee is doing a tremendous job nationally and is breaking ground locally on a state-of-the-art facility this fall.

This not only helps the industry cultivate players – it also helps to populate its staffing needs.

So many clubs and organizations tout the importance of customer service. Define the term and the approach followed at Bonita Bay Club.

We hire nice people who have a desire to serve and, specifically, to exceed expectations. Then we teach them the rest. Our extensive programs to train, nurture, acknowledge, and reward our employees polish the service gems that we take deliver. 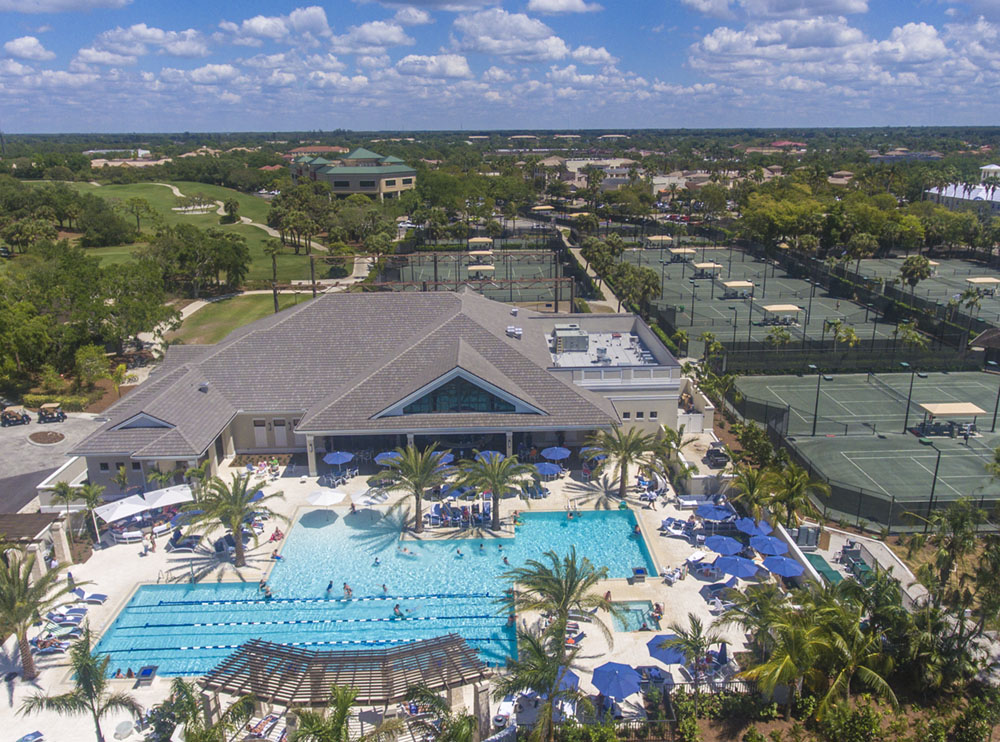 How challenging has it been in terms in securing sufficient personnel up to the task in working at Bonita Bay Club?

Undeniably, qualified labor resources have diminished. Fortunately, we provide great employee benefits, serve a terrific membership base, and pay higher than market wages. As such, we enjoy the lowest turnover of non-seasonal staff in the area. We also supplement our culinary staff with international talent.

Biggest challenges going forward at Bonita Bay Club — short and long term — and what specific responses are you contemplating for each?

We currently enjoy three fully subscribed waiting lists with incremental access to golf. So, it’s critical for us to continue to invest in our staff and facilities – there are direct correlations with success in doing so.

Our ongoing commitment to strengthening culture, creating great value for our members, and to club governance puts us in an enviable competitive position.

Best advice you ever received — what was it and who was it from?

About 10 years ago, I was attending a Club Leadership conference. One of the speakers quoted Harry Truman – “It’s amazing what you can accomplish when you do not care who gets the credit.”

I’ve lived by this quote since that day, focusing entirely on the success of others. Their success lifts the boat for everyone, including me. 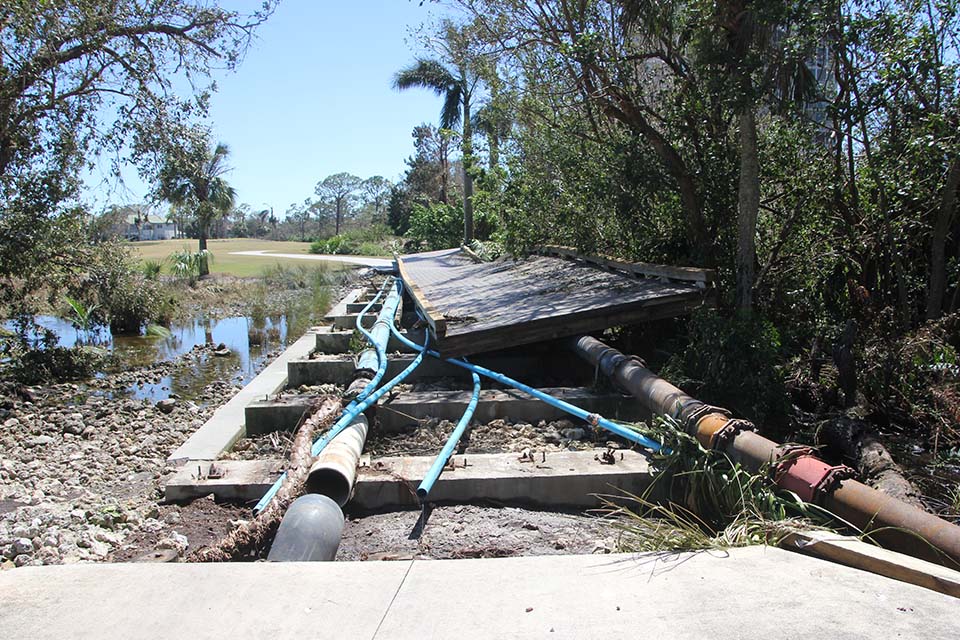 What impact did Hurricane Ian have on the operations at Bonita Bay Club?

A large portion of our damage was a result of up to 12 feet of storm surge onto our golf courses closest to the Gulf and inland water bodies. Two of the three courses had been renovated within the past three years so the damage was heartbreaking for everyone – but none more than the agronomy team.

That same team and their business partners swung into action immediately and, thanks to them, we are quickly recovering. We were fortunate that our two Tom Fazio-designed Naples courses (including our just-completed $14 million renovation of our Cypress course) were minimally impacted by the storm.

How quickly after the storm had passed did remedial efforts get underway?

You’ll recall my earlier comments about the caliber of staff we have. Here’s where they truly shone. Despite practically non-existent communications, we had almost 100 employees show up on-site the following morning to start clean-up efforts.

Power was restored four days after the storm and we were able to reopen many of our facilities by the following morning. I can’t tell you how proud I am of our team!

For more info go to: www.bonitabayclub.net