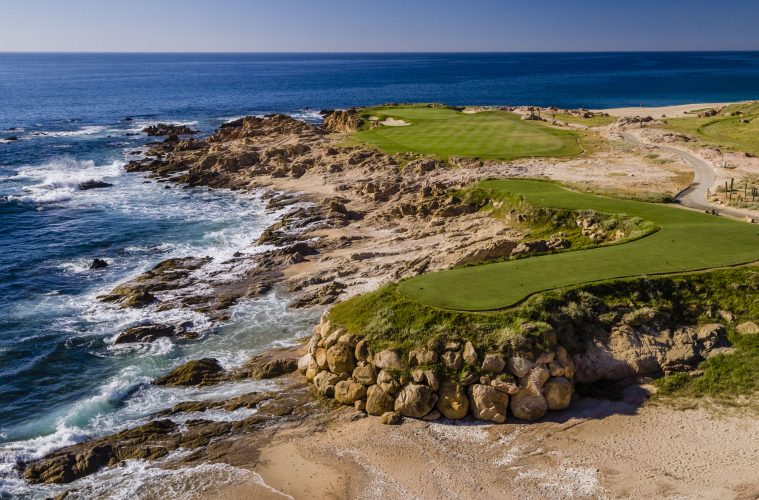 A native New Yorker, Brian McCallen has written feature stories on a variety of topics for leading magazines, newspapers and travel guides for the past 45 years. He served as a Senior Editor at Golf Magazine from 1987 to 2003, creating several major franchises for the publication, including the Gold & Silver Medal Resort awards program and “Top 100 Courses You Can Play,” both of which led to book projects at Harry N. Abrams. He now works as a freelance writer and tourism consultant, dividing his time between Cabo San Lucas and Connecticut. 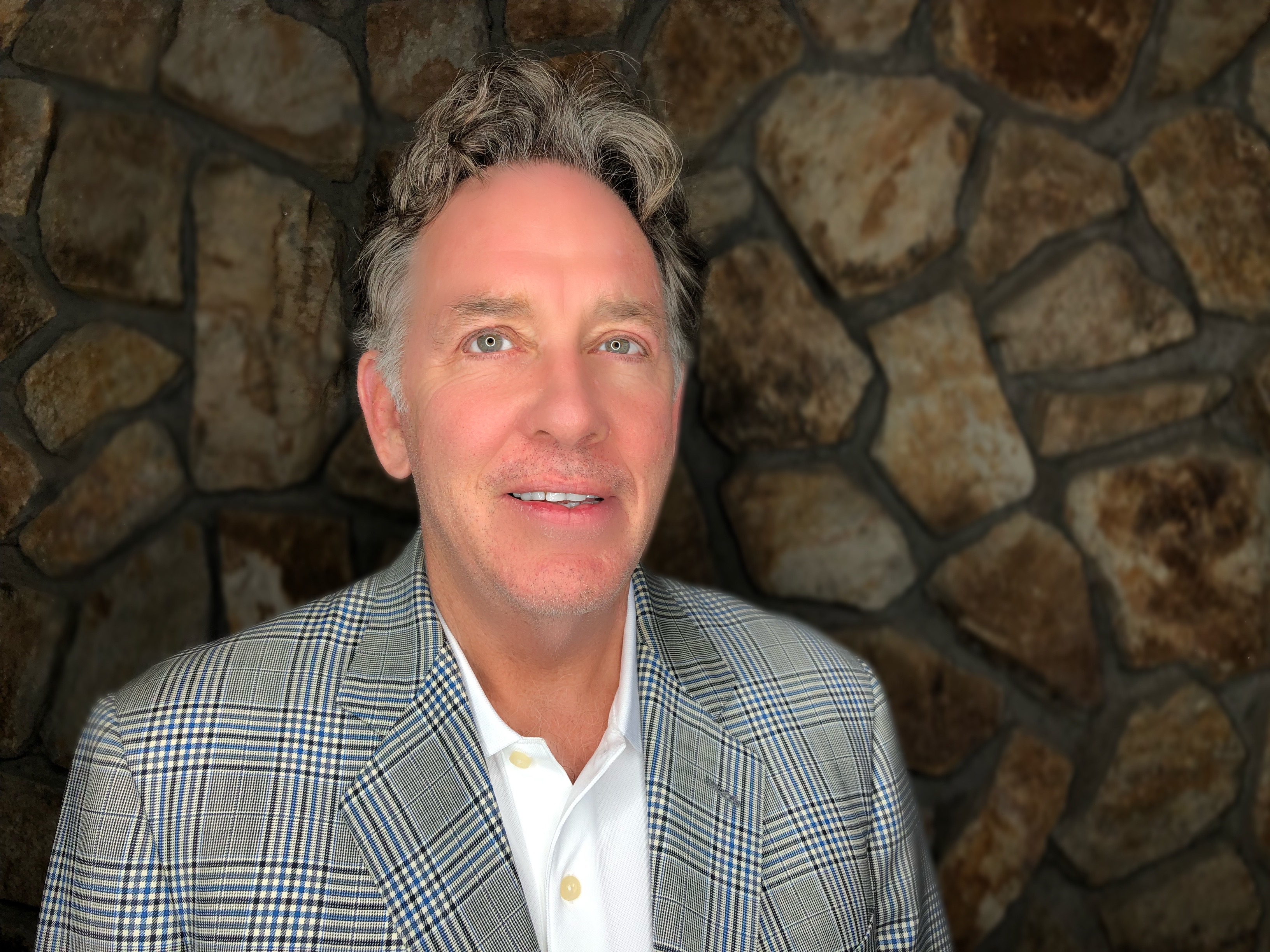 In the late 1970’s, I was working in New York City as an editor at a trade paper covering the travel industry. My boss got a British Airways invitation to attend a Queen’s Silver Jubilee industry golf event in Scotland. He knew I played golf and said if I was willing to use my vacation time, I could take the trip.

The group—20 foursomes of travel agents from around the U.S.—was quartered at Rusacks Marine Hotel in St. Andrews. It was my first trip overseas. I was 27 years old and carried a 10 handicap. The first round was on the Queen’s Course at Gleneagles. I was blown away by the beauty of the place. The second round was on the King’s Course, which to this day remains one of my all-time favorites. I’ve always been interested in earth science. I was astonished that the property’s landforms were the remnants of a retreating glacier.

The golf holes were set into kames and kettles and eskers. I learned about the railroad tycoon who built the hotel and the Scotsman who designed the course, James Braid. The tournament’s final round was on the Old Course. Unlike the balmy weather at Gleneagles, a cold, spitting rain fell at St. Andrews. I swung from the heels, shot a million and quit the game for a year. But I had discovered a special place, the place where golf and travel meet. I forged my career around those two pillars.

You wake up in the morning — what’s the driving passion for you?

A short yoga routine that I’ve been doing for over 40 years. A visit to the gym or a 30-minute walk in the desert. A proper cup of English breakfast tea. I then do any typing that needs to be done—I call it typing because it sounds easier than writing–and then have a look at my inbox to see what’s going on. I miss the days when I had carte blanche to set an editorial agenda and execute it. Now it’s about responding to a client’s needs and requests.

You were active for many years with Golf Magazine — what sparked your interest in writing about golf?

Well, I caddied for 10 years, mostly in Westchester County, so I had that going for me. And I always enjoyed reading about the game. I still remember waiting for Sports Illustrated the week after a major so I could read Dan Jenkins’ wry reportage. And then I discovered George Plimpton and Herbert Warren Wind in The New Yorker and other writers who brought the game to life. I worked as a freelance writer in New York City from 1979 to 1986, and while I covered a variety of topics, from archaeology to zoology, I found it paid to specialize. I gravitated to golf and skiing, mostly overseas assignments. In the early 1980s, I made fall visits to the U.K. to preview the site of the following year’s British Open for Pan Am Clipper, the in-flight magazine. I also started doing travel pieces for Golf Digest around that time. 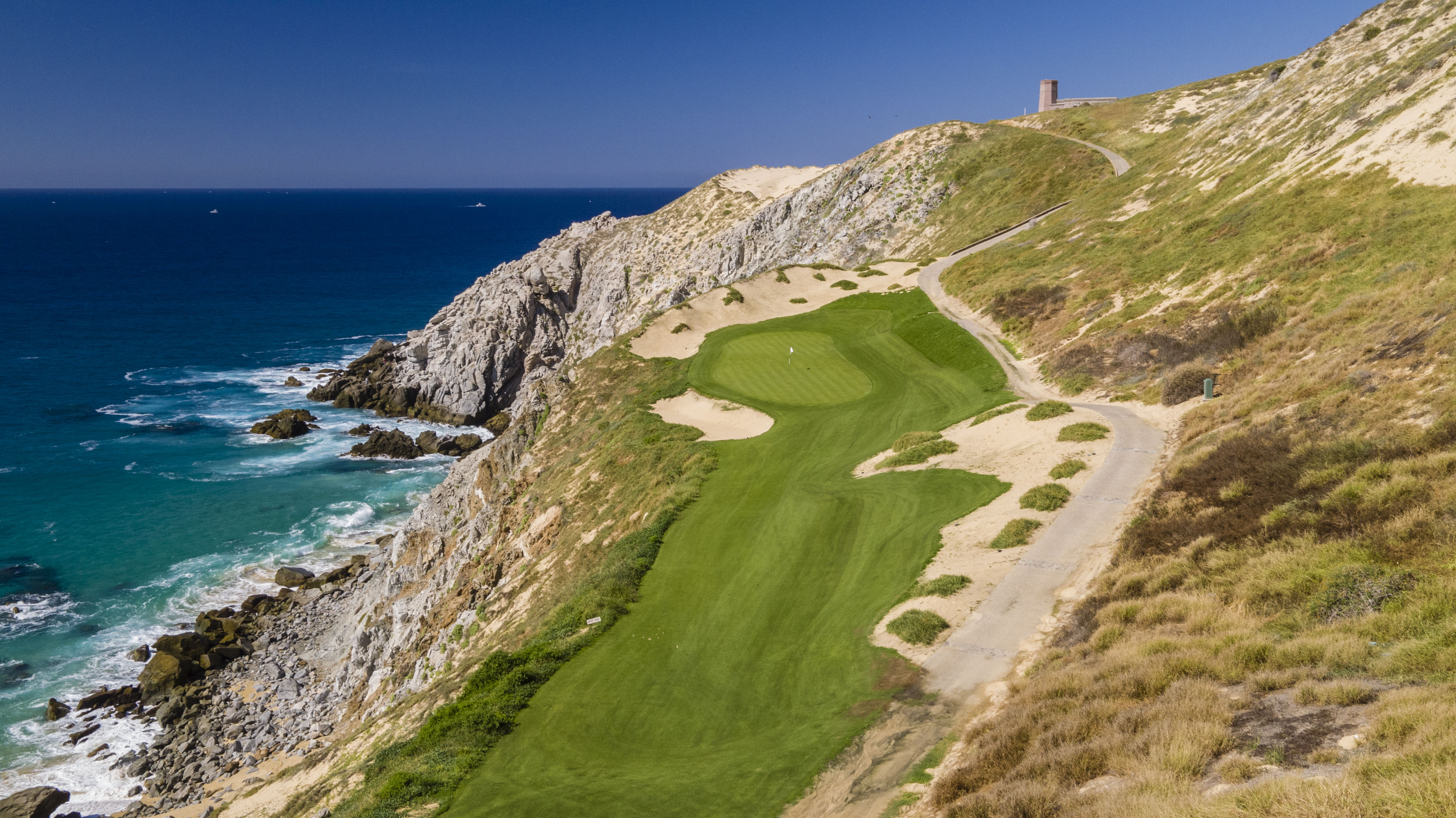 During your time at Golf Magazine you wrote about numerous locales where golf was a key central element. Curious to know your top five international golf locations that also provide a combination of top tier amenities?

In no special order: France, Portugal (Algarve), Morocco, New Zealand and the Dominican Republic. And if I could add a sixth and seventh, our neighbors, Canada and Mexico.

Is there any specific golf destination location you have not been that you desire to visit?

Yes, there’s one. Australia, specifically Melbourne’s Sandbelt region. Everyone I know who’s been says it’s the finest collection of courses of any metropolitan area in the world. Life is long, maybe one day. Especially since Australia is a big emerging market for Los Cabos. 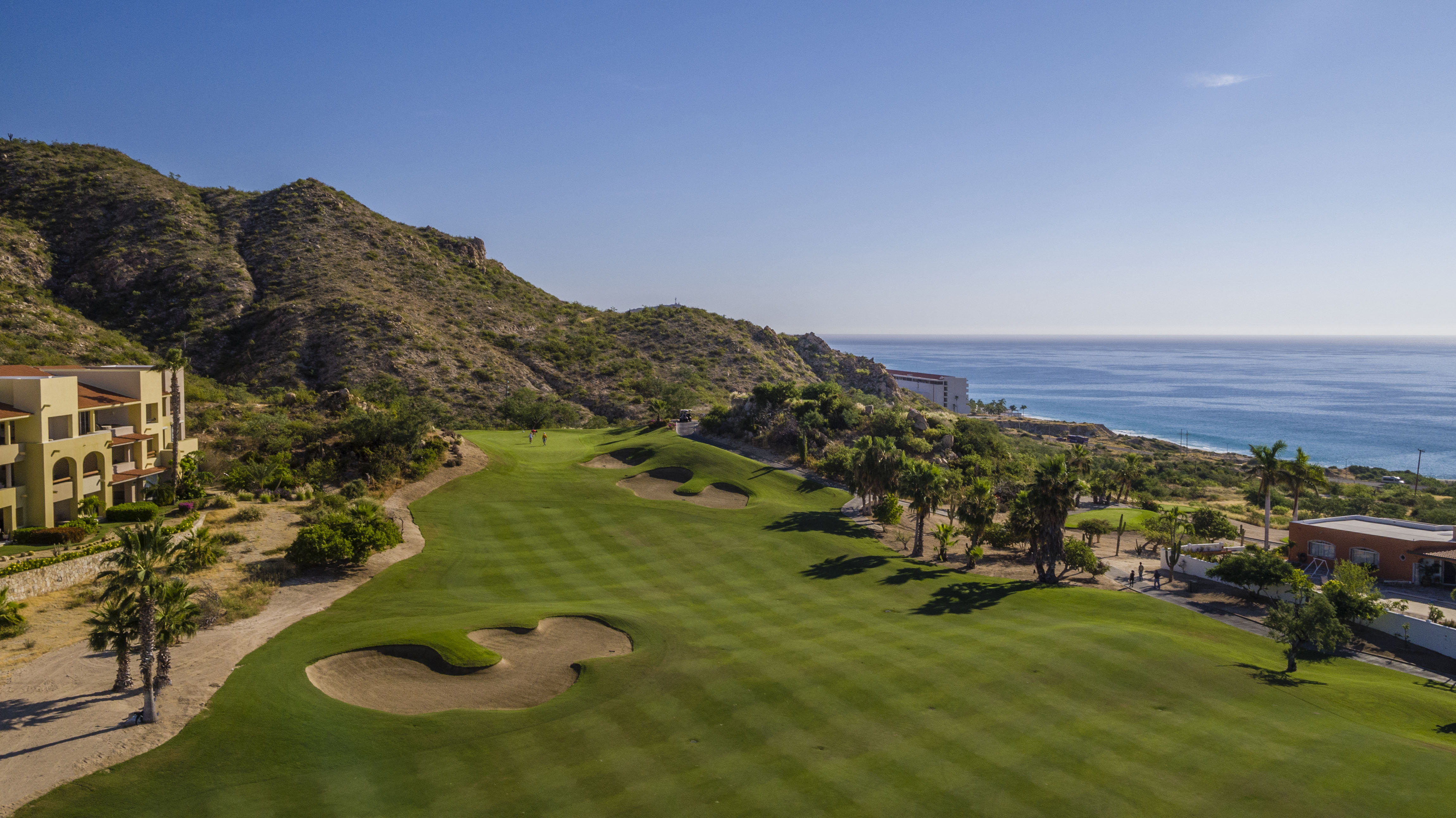 What made you decide to take the position you hold now?

After the ill-fated AOL – Time-Warner merger in 2002, most of the edit staff at Golf Magazine eventually got rolled out. Traditional print media was beginning to take its long walk downhill. A few years later, I got hired as a consultant at Cabo del Sol, a top 36-hole complex in Los Cabos. I eventually got introduced to executives at the Los Cabos Tourism Board who understood the value of promoting golf. In addition to private clients, I’ve been doing golf PR for Los Cabos for the past five years.

What elevates the Cabo area from others?

Geography and climate. There’s a mountain-desert-ocean ecosystem here. It’s very rare. For those who haven’t been, I say imagine Tucson with the Sea of Cortes at its feet. Los Cabos boasts 340 sunny days per year, low humidity and cooling sea breezes. There’s also a surfeit of world-class hotels, more than any other destination in Latin America. The dining scene is phenomenal, everything from Baja fish tacos to farm-to-table cuisine. The beaches are beautiful. You can be as active as you want–the weather is never a deterrent–but it’s also a great place to kick back and relax. Finally, people make the place. The Mexican people are unfailingly friendly, courteous and genuine. 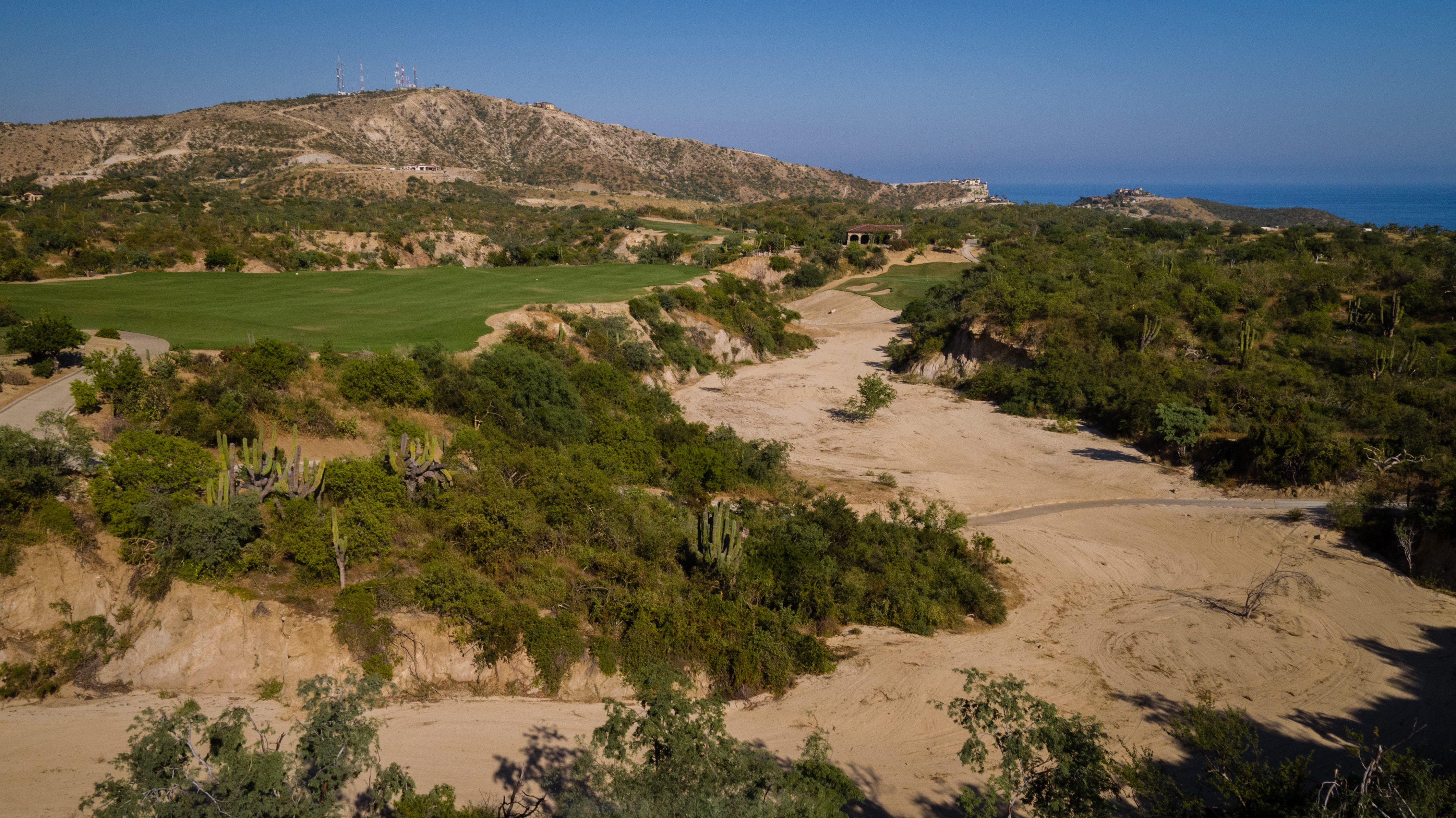 There are ongoing efforts in Cabo now — the growth of golf along the Pacific, the updating of Cabo del Sol and the recent opening of Twin Dolphin. What other items are on the agenda?

Greg Norman has designed a stunning oceanfront course that’s slated to open in the fall at Rancho San Lucas on the Pacific. It’s got stacked sod-walled bunkers made with synthetic turf. Windy like Scotland, but much better weather. On the opposite side of the peninsula on the East Cape, Robert Trent Jones II is building a very fine course at Costa Palmas. It’s scheduled to open by the end of the year. With a few exceptions, most golf destinations are contracting. Los Cabos continues to expand.

Given the golf market today how much more golf is sustainable in the Cabo region?

That’s a good question. Golf in Los Cabos is now a frontispiece for upscale real estate developments. There’s unlikely to be any more courses built in the 20-mile corridor between San Jose del Cabo and Cabo San Lucas, much less the kind of public-access resort courses that first put this region on the international golf map. As noted above, all future growth will occur along the east and west sides of the Baja peninsula, along the Sea of Cortes and the Pacific Ocean, respectively. 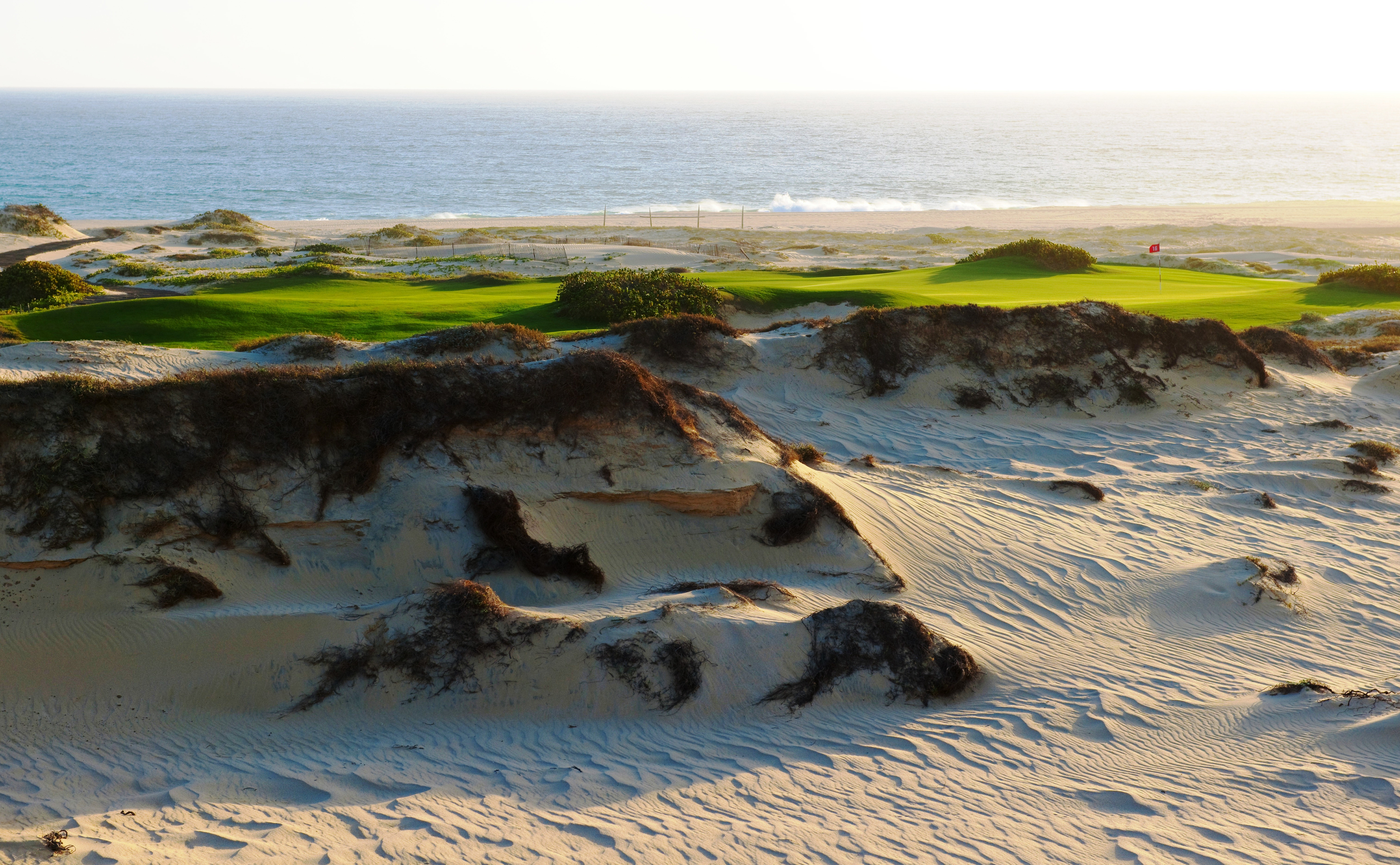 The amount of money it costs to play, and the amount of time it takes to complete a round.

When I first visited St. Andrews in 1978, the green fee to play the Old Course was 6 pounds. I once read somewhere that before 1966, there was no green fee to play the Old Course! Things have gotten out of hand. And while I realize that golf at its best is a walking game completed in four hours or less, carts at resort courses, notably in Los Cabos, are an unavoidable reality.

The biggest challenges — short and long term for the Cabo area — is what?

Water. Baja California Sur is a desert. All future growth will be predicated on water availability. We also need better living conditions for the people who work here, for all the right reasons. Los Cabos does not want to become the next Cancun in terms of size and volume, but there’s no shortage of land—or ambitious developers.