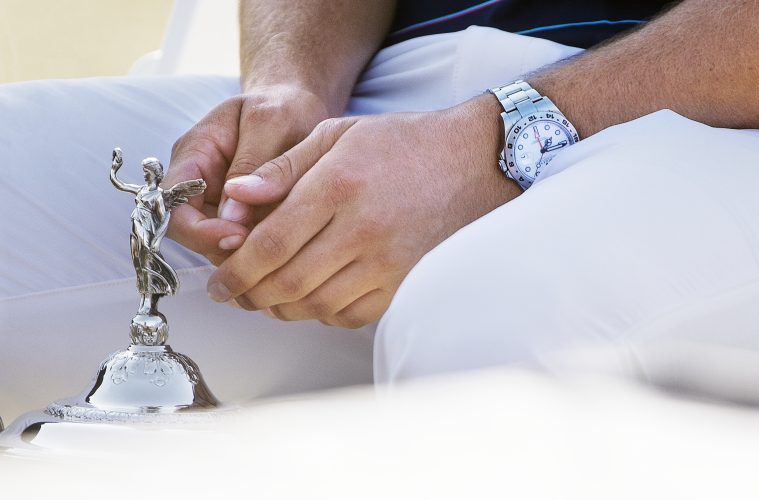 Geneva, Switzerland, Wednesday, 05 June 2019 – One of the greatest golfing venues in the world, Pebble Beach Golf Links will welcome 156 of the world’s best professional and amateur golfers for the 119th edition of the U.S. Open from 13–16 June.

This will be the sixth time that Pebble Beach has hosted the event, one of the four annual golf Majors, highlighting the championship pedigree of this revered course which celebrates its centenary year in 2019. This year also marks the 40th edition of the tournament that Rolex will preside over as Official Timekeeper, a position it has held since 1980.

For more than 50 years, the Swiss watch manufacturer has nurtured one of the most enduring relationships between a brand and sport. In 1967, Rolex partnered with Arnold Palmer, joined by friends and rivals Jack Nicklaus and Gary Player, affectionately known as The Big Three, who played a key role in modernizing this ancient sport.

Since then, Rolex has become intimately linked with golf, extending its support to every level of the game, from its elite players, to men and women’s Major championships and the foremost professional tours around the globe. It is a partnership steeped in quality, reliability and a pioneering spirit, attributes that permeate everything Rolex does.

Not only is it an important year for the Swiss watch manufacturer and Pebble Beach, Rolex Testimonee Brooks Koepka will arrive at this dramatic stretch of California coastline with the opportunity to continue his sequence of historic victories. In winning the 2019 PGA Championship in May, Koepka reclaimed the World No. 1 ranking and became the first golfer to successfully defend two Major titles. He clinched his fourth Major at the Bethpage Black Course on New York’s Long Island after claiming the 2018 PGA title at Bellerive Country Club in Missouri. At Pebble Beach he will be aiming to become only the second golfer to win the U.S. Open title three years in a row, a feat not repeated since Scotland’s Willie Anderson won in 1903, 1904 and 1905.

The course requires long drives from the tee, yet precise iron play around the greens, an exacting challenge that ensures only the worthiest can be crowned champion. In his quest for a momentous third successive U.S. Open title, Koepka must once again rely on his accuracy and consistency, qualities that are echoed in Rolex’s quest for perpetual excellence in all its endeavours.

Should the 29-year-old win at Pebble Beach, he would join an elite group of Rolex Testimonees to have won the U.S. Open at this famous venue. In 1972, Jack Nicklaus won his third title here. Ten years later he was pipped by great friend and rival Tom Watson, who claimed his only U.S. Open title with one of the greatest finishes in Majors history. And Tiger Woods’ win in 2000 by a then record 15 strokes is considered one of the greatest performances in golfing history. His victory was the first en route to holding all four Major titles at the same time, the so-called Tiger Slam, a feat no other golfer has achieved.

In 2019, Woods will have the chance at Pebble Beach to add yet another milestone to his glorious career. In April this year, the 43-year-old completed an extraordinary renaissance by winning his 15th Major at the Masters Tournament. A fourth U.S. Open title would match the record haul of fellow Rolex Testimonee Nicklaus, whose unrivalled 18 Major wins would become a realistic target for Woods.

Elsewhere, victory for Rolex Testimonee Phil Mickelson would complete his career Grand Slam at a course where he has enjoyed much previous success. One of the most consistently excellent golfers of the past 27 years, Mickelson turns 49 on Sunday, 16 June, so will have extra cause to celebrate should he win the one Major to have eluded him.

ROLEX NEW GUARD
Koepka, Woods and Mickelson will be joined in California by a new generation of golfers at the forefront of the game, the Rolex New Guard. The maturity with which these golfers play the game belies their young years, and every one possesses the skill and ambition necessary to compete with any golfer, at any tournament.

One New Guard member who travels to the Pacific Coast with the distinct advantage of having already lifted the U.S. Open trophy is 2015 winner Jordan Spieth. The American will hope to recapture the magic of four years ago when, aged just 21, he became one of the youngest winners.

Testimonees Rickie Fowler and Hideki Matsuyama have both been runners-up at the U.S. Open, with Fowler finishing tied for second in 2014 and adding two further top-10 finishes since then, while Matsuyama achieved the same feat in 2017. Similarly, American Justin Thomas, himself a Major winner, at the 2017 PGA Championship, has recorded two top-10 finishes at the U.S. Open. All three are eager to follow in Spieth’s footsteps and see their name engraved on the trophy.

Preceding the 119th U.S. Open, on Monday, 10 June, will be the Induction Ceremony for the World Golf Hall of Fame Class of 2019. Rolex is a partner of the World Golf Hall of Fame and among those being honoured this year is one of South Africa’s greatest ever golfers, Rolex Testimonee Retief Goosen. In his prime, Goosen was ranked in the world top 10 for more than 250 weeks from 2001 to 2007. His 33 worldwide wins include two U.S. Open titles, in 2001 – the same year he was named European Tour Player of the Year – and 2004. He led the European Tour Order of Merit in 2001 and 2002.