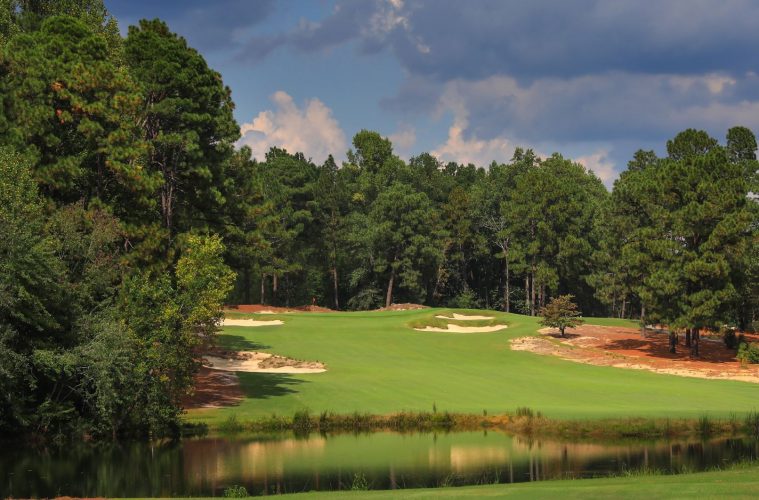 Pinehurst Area Prepares for a Pair of USGA National Championships

PINEHURST, N.C. – The Pinehurst area consistently earns its nickname, “The Home of American Golf.” In 2019, the eyes of the golf world will turn toward North Carolina’s Sandhills region once again for a pair of national championships conducted by the United States Golf Association (USGA).

On May 16-19, Pine Needles Lodge & Golf Club in Southern Pines plays host to the second-annual U.S. Senior Women’s Open Championship. Later this summer, on Aug. 12-18, the 119th U.S. Amateur Championship will be contested at Pinehurst Resort & Country Club in the Village of Pinehurst. This is the second year the U.S. Senior Women’s Open has been contested. Laura Davies won the inaugural event last year at Chicago Golf Club by an overwhelming 10 strokes over Juli Inkster.

Tickets for both championships to be played in the Pinehurst area can be purchased at usga.org. In a special offering, golf fans can secure good-any-one-day or all-inclusive upgraded combination ticket packages to attend both championships for increased value. Golf enthusiasts can also purchase premium tickets that include rounds of golf on Pine Needles, as well as Pinehurst’s Course No. 4 and The Cradle par three course after the championships are complete.

Pinehurst Resort and the USGA have enjoyed a relationship spanning decades and the resort has served as the site of more single golf championships than any destination in America. The 2019 U.S. Amateur will be the 10th USGA championship to be hosted by the club and the ninth since 1989. It will be the third U.S. Amateur at Pinehurst and the first since 2008.

“The U.S. Senior Women’s Open and the U.S. Amateur are two of the USGA’s most unique and fan-friendly championships, and this year they will be contested only five miles apart,” said John Bodenhamer, USGA senior managing director of championships. “Not only will golf enthusiasts be able to watch women’s golf legends and the future superstars of the men’s game, but they receive unprecedented access to walk the fairways with the players at both championships.”

“This is an exciting golf season for our area and we welcome the USGA, the players and fans for what promises to be a pair of great national championships,” said Phil Werz, president and CEO of the Pinehurst-Southern Pines-Aberdeen Area Convention and Visitors Bureau. “The national television and media exposure for our destination is invaluable and will reinforce our recognition as the ‘Home of American Golf’.

“After a historic introduction of the U.S. Senior Women’s Open last year at Chicago Golf Club we are thrilled to continue to build the tradition of the championship at Pine Needles,” Bodenhamer said. “We’re excited to see the faces of those who participated in the 1996, 2001 and 2007 U.S. Women’s Open Championships return to compete for another title at such a famed golf course, as well as those who will tee it up there for the first time.”

Meanwhile, history will be made this summer when Pinehurst Resort & Country Club hosts the 36-hole match play final of the U.S. Amateur Championship on two courses.

When the 2019 championship begins on Monday, Aug. 12, Pinehurst’s Course No. 2 and Course No. 4 will host the stroke-play rounds, which will be played over two days and 36 holes to trim the field from 312 players to 64 for match play. The first five rounds of match play — through the semifinals — will be played on Course No. 2 on Aug. 14-17.

The championship match, scheduled for Sunday, Aug. 18, will open with the morning round on No. 4, which was recently redesigned by golf course architect Gil Hanse. The afternoon round will be played on Course No. 2, a classic Donald Ross design that was restored by Bill Coore and Ben Crenshaw in 2011. It will be the first time the 36-hole U.S. Amateur Championship final is contested over two courses.

It will also mark the second groundbreaking collaboration between the USGA and Pinehurst in five years. In 2014, Pinehurst hosted the U.S. Open (won by Martin Kaymer) and U.S. Women’s Open (won by Michelle Wie) in consecutive weeks on Course No. 2 — the only time the same course hosted those two championships in back-to-back weeks.

“We are thrilled that competitors will have the opportunity to play the 2019 U.S. Amateur on No. 2, one of the most revered tests in the game, and No. 4, which will present players with a new set of challenges,” Bodenhamer said. “Pinehurst is one of the world’s leading championship venues and we are very excited to watch the entire event unfold over these two wonderful courses.”

According to Hanse, the setup for the U.S. Amateur represent a symbiotic relationship that exists between Pinehurst Resort Courses No. 2 and 4. “No. 4 is a companion in the landscape, but it is not a tribute to No. 2 in the features,” he said. “The greens are different, the approaches are different and we wanted to take advantage of the landforms, which are much more dramatic than those on No. 2.”