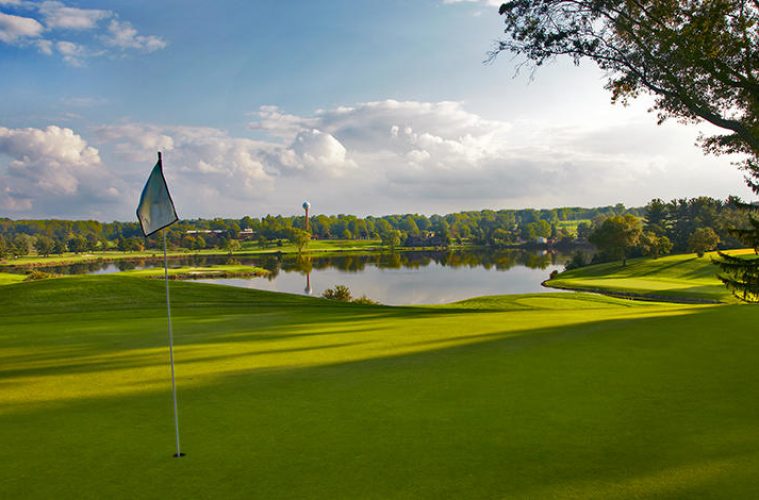 Play Away Membership Provides the Passport to Many Private Clubs

ClubCorp is first and foremost an investor in exclusive properties and is renowned for developing and maintaining both vibrant communities and upscale lifestyles, where the facilities, amenities and service are all first class. The company’s philosophy is espoused in its mantra: Come discover a Life Well Lived. As “The World Leader in Private Clubs” and with more than 430,000 current members, ClubCorp owns or operates more than 200 private clubs, city clubs, athletic clubs and stadium clubs in 27 states, in the District of Columbia, and in Mexico and China.

Play Away with Exceptional ClubCorp Benefits

The Champion Course, home of the Honda Classic, and PGA National in Palm Beach Gardens have recently been added to Club Corp’s impressive array of managed facilities.

The Play Away Membership is a unique program that provides access to ClubCorp’s vast network of country clubs and business clubs as the member travels from home, anywhere outside a 100-mile radius. It is the perfect fit for mobile businessmen, wanderlust retired couples, peripatetic buddy foursomes and any other avid golfers with roving ambitions.

The member benefits are comprehensive: Two free green fees per club with a 21-day advance tee time, including complimentary TaylorMade loaner clubs if needed. Two free, four-course meals each month at private business clubs in more than 50 cities. Access to pools, tennis courts and fitness rooms at all clubs. Special rates at worldwide hotels like Omni Hotels & Resorts, Mandarin Oriental Hotels and Ritz-Carltons; in addition, up to 40% off overnight accommodations through Find Hotels, an online service. Special, member-exclusive packages to such events as The Masters, the US Open and the Kentucky Derby. A concierge service, ClubLine, that will book reservations from coast to coast.

Membership costs $50 per month. Normally, ClubCorp charges an enrollment fee of $1,000. However, ClubCorp, in conjunction with Northeast Golf, is waiving this fee for a limited time. Plus, with the number of complimentary benefits available, new members can save their annual dues in one or two trips.

Play Away at Exceptional ClubCorp Venues

Several other golf clubs of note are Boca Lago in Boca Raton, the Country Club of Hilton Head, Cozumel CC, Eagle’s Landing in Atlanta, Ford’s Colony in Williamsburg, Indian Wells (home of the Bob Hope Classic for 40 years) in Palm Springs, Ipswich CC north of Boston, Las Colinas and The Hills of Lakeway in Texas, Oro Valley CC in Tucson, The Ridge Club (home course of Bobby Orr) on Cape Cod and TPC Piper Glen in Charlotte, to name just a very few.

Equally important are the private business clubs and restaurants such as Boston College Club (for all devoted Eagles), The Capital Club in Beijing, The Commerce Club in Atlanta, The Metropolitan in Chicago, Pyramid Club in Philly, Tower Club in Ft. Lauderdale and in Dallas, and University Club atop Symphony Towers in San Diego, again to name just a few. The annotated map on the ClubCorp’s website identifies each constituent in ClubCorp’s extensive repertoire.

Play Away at Iconic Firestone CC

The Boston College Club on the 36th floor of 100 Federal Street in Boston is the gathering spot for avid Eagles fans.

Firestone CC is both one of the flagship properties of ClubCorp and one of the country’s most acclaimed sites. A new Play Away member would undoubtedly have to put this extraordinary 54-hole track on his or her short-term Bucket List. Harvey Firestone established the iconic South course in 1929 as a perk for his Tire and Rubber Company employees and their families, and he authorized architect Bert Way from the start to create a championship caliber layout. ClubCorp acquired the property in 1981, purchased from the Firestone family.

Firestone’s storied professional tournament history began in 1954 with the six-year run of the Rubber City Open. Robert Trent Jones did a major redesign of the South Course for the 1960 PGA Championship (won by Jay Herbert). The PGA Championship returned in 1966 (Al Geiberger) and once again in 1975 (Jack Nicklaus).

Arnold Palmer made a triple bogey on the demanding, par-5 16th hole during the 1960 PGA and irritably referred to the hole as “The Monster.” The name, of course, stuck, and players today still refer to the entire course as “The Monster.”

The American Golf Classic followed from 1961 through 1976. Almost during that same time period from 1962-75, the World Series of Golf was an unofficial 36-hole event among the champs of the four Majors. The Big Three—Nicklaus (PGA), Palmer (Masters and US Open), and Gary Player (The Open)—played in the inaugural competition with Nicklaus winning. In 1964-65, The Big Three filmed six episodes of their popular “Big Three Golf” TV series on the South course. From 1967-1980, PGA champion and 11-time Tour winner Bobby Nichols was the head professional. 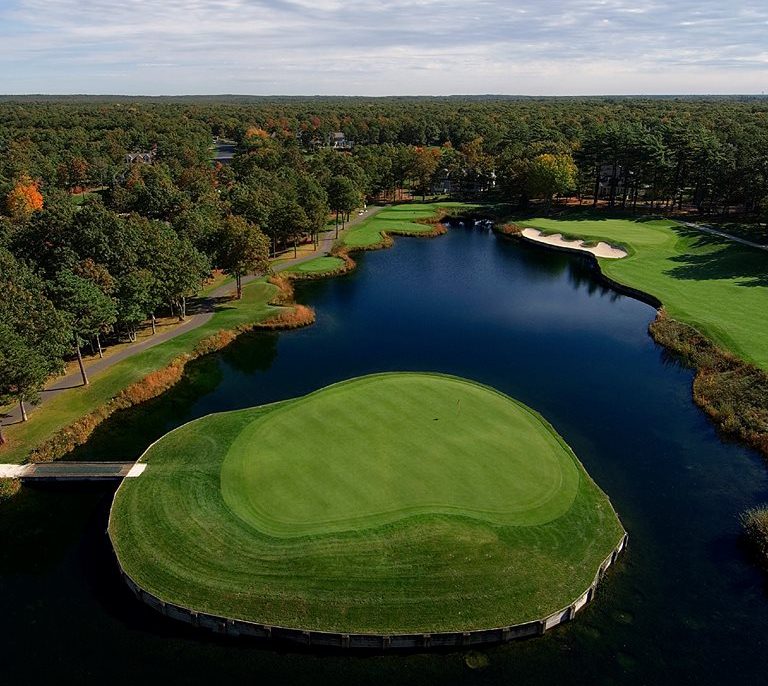 The Ridge Club is one of Cape Cod’s best tracks and is the home course of Bruins legend Bobby Orr.

In 1976, the World Series of Golf increased the field and became an official PGA Tour stop, and from 1984 through 1998 it was known as the NEC World Series of Golf. From 1999 through 2005, the event became the WGC Invitational sponsored by NEC. Bridgestone took over as sponsor in 2006, and the WGC-Bridgestone Invitational ran through 2018. With the Bridgestone Senior Players tournament this July, Firestone will be celebrating 66 years as the host of professional events.

The North course was also designed by Robert Trent Jones and opened in 1969. It was renovated by Golforce in 2007. Famous for its multiple water hazards and scenic layout, the North has been used less frequently for professional events but did host the American Golf Classic in 1976 and the World Series of Golf in 1994.

The West was the final course, opening in 1989 with New England stalwarts Geoffrey Cornish and Brian Silva creating the layout. Tom Fazio redesigned it in 2002. It is the host annually of the Ohio Senior Open.

The Firestone clubhouse burned down in 1958. As a result, the Firestone Water Tower was constructed and although it no longer operates or holds water, it has become a symbol of the club that can be seen from all over all three courses. And the final food for thought about Firestone is the Crunchy Cream Pie, the premier dessert and the favorite of members, guests, and touring professionals.

(All photography courtesy of Club Corp)