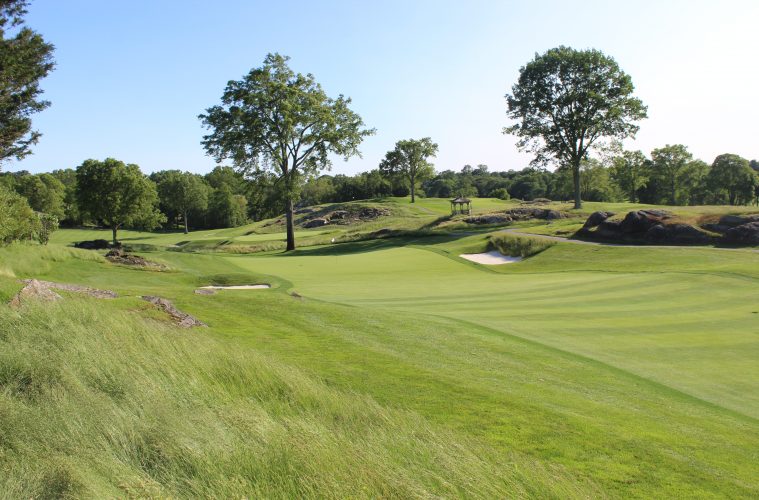 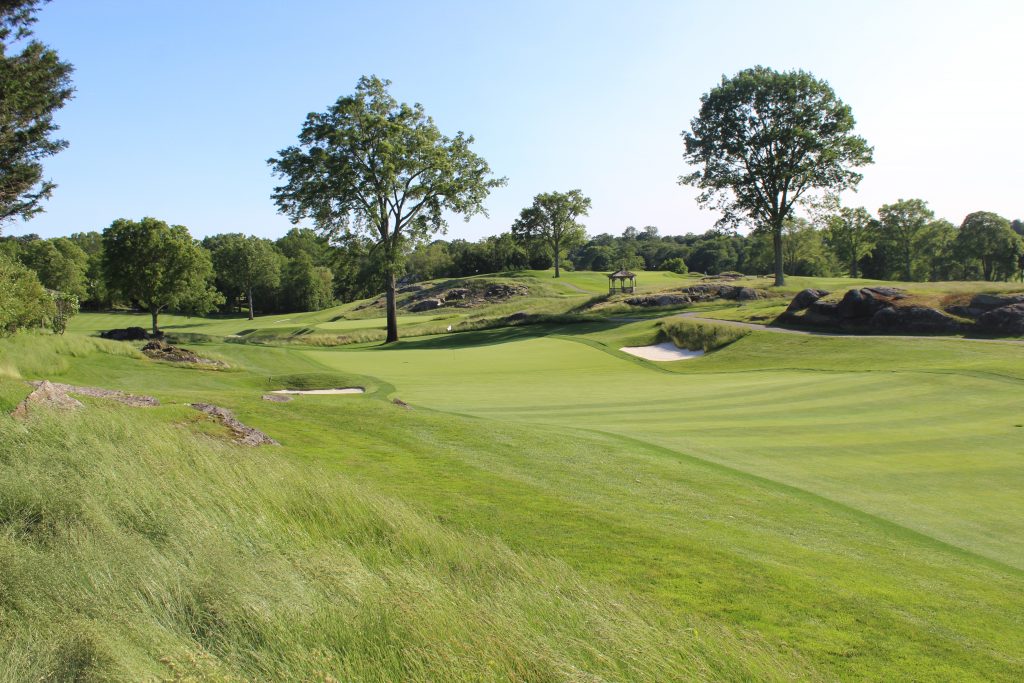 One of the most important recent developments for a number of golf clubs throughout the USA has been the implementation of major upgrades for facilities with the golf course side the primary emphasis area. Although golf has seen a spike in rounds played in 2020 because of the pandemic the ongoing trend prior to the arrival of Covid-19 was moving in a clear opposite direction — course closings far outdistancing openings because of a lack of active players.

On the flipside is a vanguard of key club’s double-downing efforts in bolstering the quality of their respective golf product. Many have come to realize — rightly so — the future of their very existence can only be assured by reinvigorating what they have to offer golf wise.

The Apawamis Club came into existence just when golf was moving beyond its embryonic stage in the United States at the outset of the 20th century. Not long after the golf course opened the USGA staged the 1911 US Amateur. Years later the U.. Girl’s Junior was played in 1970 followed by the Curtis Cup Matches played in 1978. In addition, the U.S. Senior Women’s Amateur was contested at the club in 2005.

Like a number of other private clubs in golf rich Westchester County, The Apawamis Club is blessed with fascinating terrain. Rock formations are part and parcel of the design and the routing takes full advantage of them at several key points during the round. 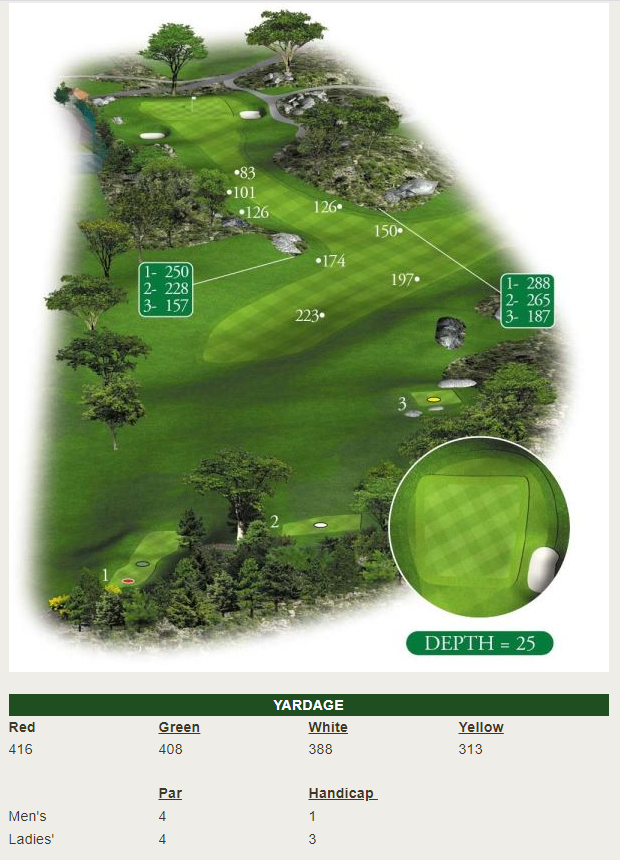 The 7th hole — appropriately named “gorge” — is a brilliant strategic hole promoting a high degree of risk / reward elements from the moment you step on the tee box.

The teeing area is divided into different areas. There’s an upper tee box providing more of a direct view of the landing area. The championship tee is set in a lower area immediately near to the 6th green. What’s interesting is how many golfers do not fully appreciate how tee positions can significantly impact the perception of a hole and the assorted challenges encountered.

The hole turns left in the drive zone and an optimum distance anywhere from 225-240 yards leaves you in a valley floor with the green situated slightly above the landing area and providing a blind approach to the green.

Players attempting to secure greater distance by trying to cut the corner will need to adroitly work the ball from right-to-left. Rock outcroppings rigorously protect both sides and must be avoided. What adds to the brilliance of the hole is the added risk factor via a narrowing of the landing area when players seek to cut off the dog-leg. The master plan provided for a bit of widening between the rock formations but the risk in attempting to gain more yardage is ever present for those failing to execute. 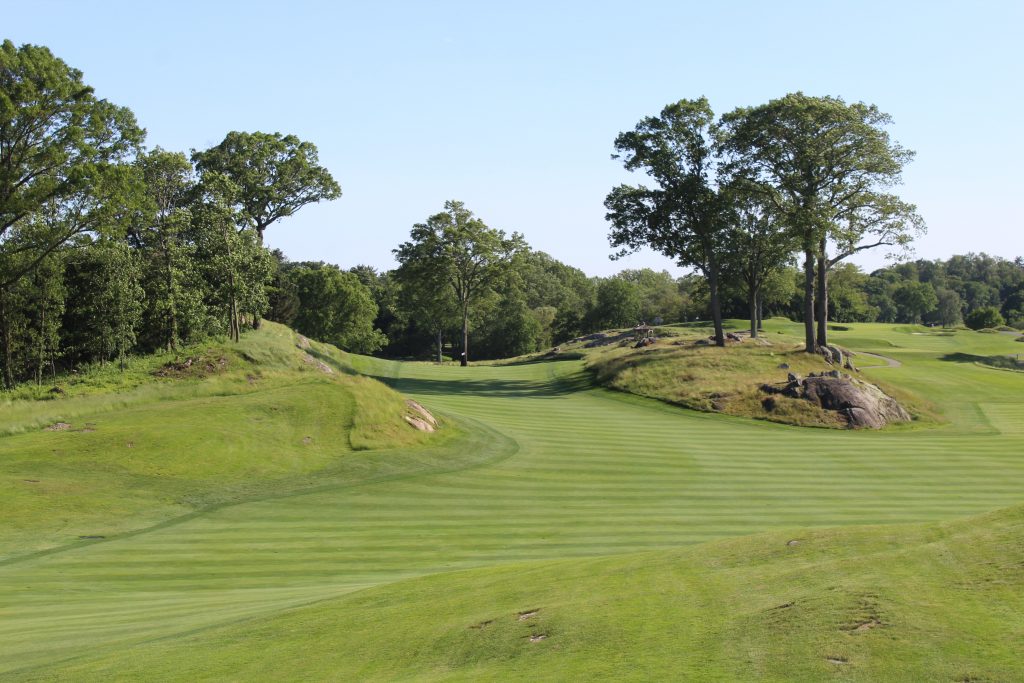 The putting surface is deliciously contoured — sloping away from front-to-back. Players can run the ball onto the green with a low shot but the necessity in balancing how much to fly the ball in concert with how much the ball will run upon landing is a central riddle to be solved.

The green features high flanks on both far sides behooving players to avoid missing approaches finishing to either extreme as the recovery from either area is highly unlikely. The character of the green features a punch bowl appearance so players can use the slopes to feed the ball to the pin if desired. Two bunkers are also present.

There is a large solitary oak tree in the background serving as a direction guide for the approach. The 7th also benefits from a fairway cut that ties in with the 8th hole. The chemistry between the holes truly adds to the overall aesthetic.

The shaping of the green is also beautifully done with the surface squared off on all corners.

As golf advances into the 21st century it’s critical for clubs to reinvigorate themselves — especially those whose roots tie to the early years of development golf in the USA. Credit the club’s leadership for moving ahead with a master plan instituting the creative thinking of Foster and the execution from course superintendent Michael McCormick and his hard-working team.

This old-time gem now shines with new luster — the 7th most assuredly leads the way.