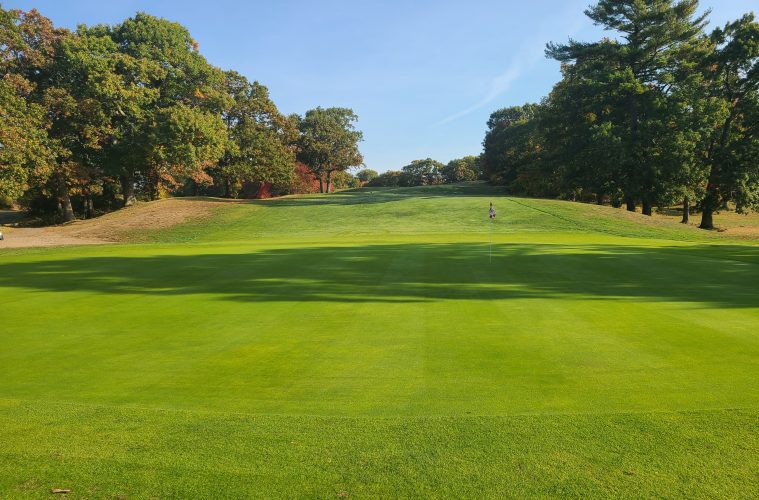 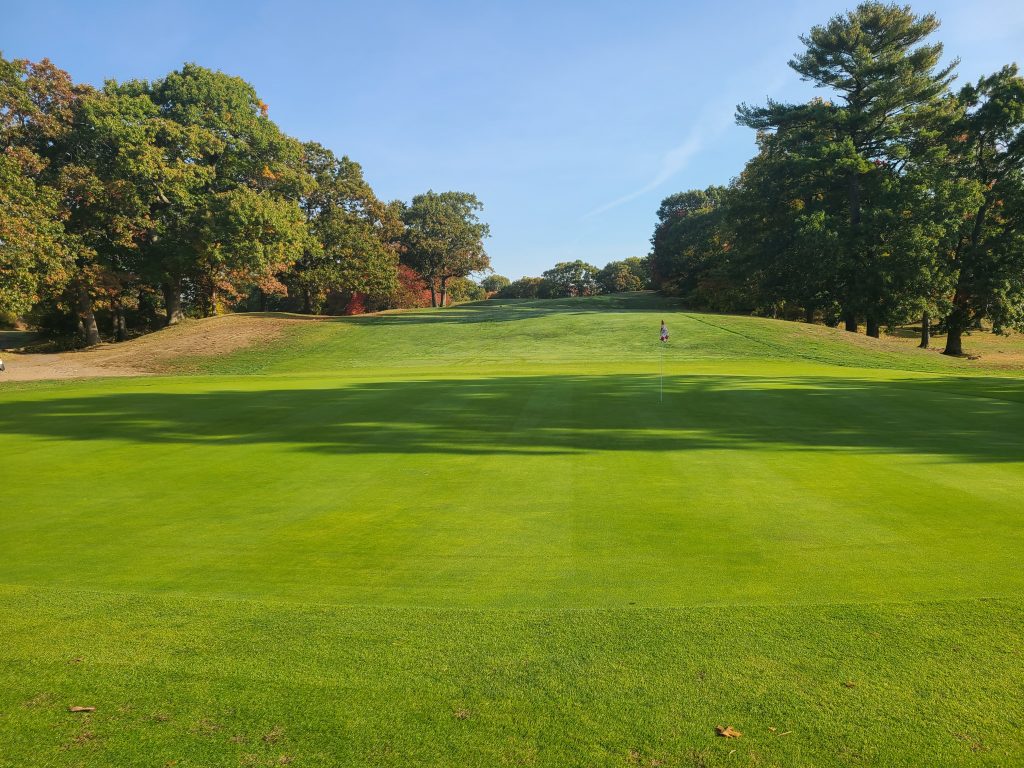 Sometimes misfortune for someone can mean greater fortune for others. Private investors were contemplating creating a development Hyde Park land that would later become the George Wright Golf Course. Sad for them, but The Great Depression ensued and the City of Boston stepped in with financial assistance from the Works Progress Administration (WPA) to create a municipally-owned golf course.

The site was engulfed with rock and the construction was arduous. Roughly a thousand men employed in pushing ahead with the Donald Ross design.

As years progressed the facility was losing its luster. Needed dollars siphoned off for other priorities and misguided outside management companies were hired that failed to stay on top of matters needing both short- and long-term vision.. At the start of the new millennium the City of Boston opted to take back control over a property that had great promise but needed engaged leadership at the club level for that to happen. Since that time the positions of head golf professional and superintendent have been at the forefront in raising the profile of this fascinating layout.

The par-4 5th is a superb hole. The teeing area adjoins with the par-4 7th which goes in an opposite direction. As players prepare to drive the ball they see a fairway with various internal movements. The hole turns right in the drive zone and its incumbent upon players to decide how aggressively or cautiously they wish to play.

Those venturing left of center run the very real risk in running out of room on that side as deep woods make their presence known. Golfers attempting a bolder line of attack down the right side will be rewarded only when the execution is soundly carried out. 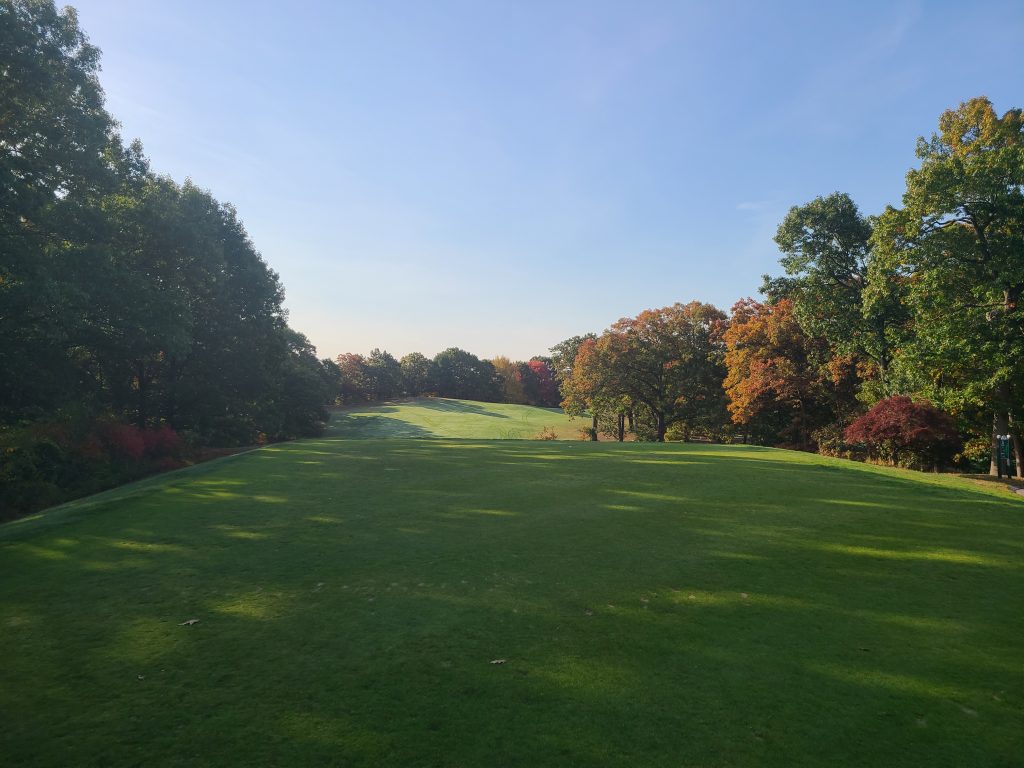 The approach to the green is equally tested. The 7,000 square-foot target sits below the fairway and was ably designed by Ross as the surface runs away from the player. Golfers can bounce the ball onto the green but the play must be properly thought out.

Once on the green there are various internal contours that can prove to be most vexing.

The 5th at George Wright features a brilliant usage of land — a true statement of “less being more” and bringing to the forefront the need for solid shotmaking. In recent years architect Mark Mungeam has been instrumental in fine tuning the design attributes Ross originally envisioned. George Wright successfully makes the point that municipally-owned courses need not be drab and boring and the 5th hole personifies this to the max. 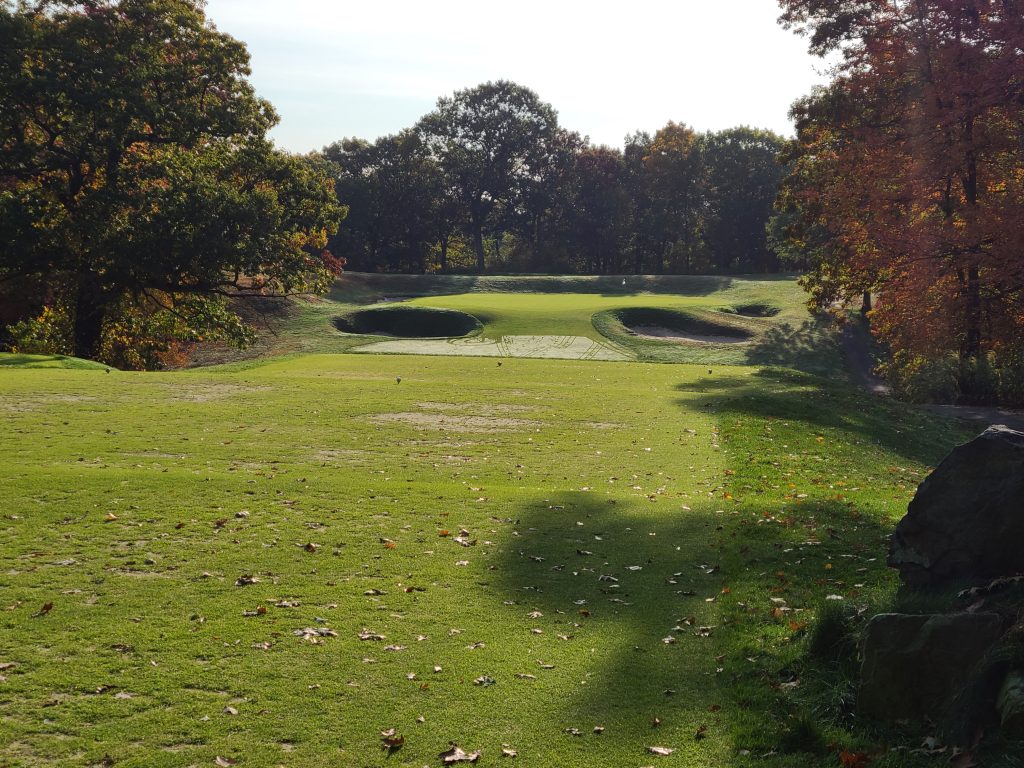 For more info go to:
https://www.cityofbostongolf.com/