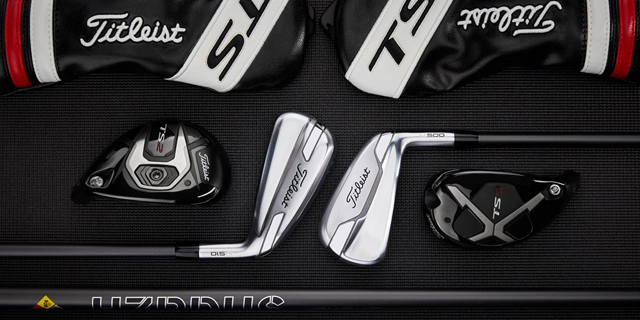 Titleist “Seeding” TS Hybrids & Utility Irons
Most club companies have a fairly standardized process to introduce endorsement staff pros and others on Tour to new club model. Titleist announced on social media starting last week at the Memorial the new TS Hybrids and Utility irons would be “seeded” for “Tour validation.”

The new hybrids break Titleist’s old naming convention using the number 8 and two digits for the year as in the current 818H1 and 818H2 models. The newest hybrids are tagged TS for “Titleist Speed” and join the TS driver and fairway woods in that family.

The TS2 hybrid for recreational players 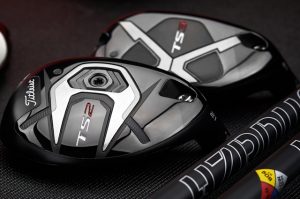 with a sole weight behind the face presumably to decrease spin and increase ball launch trajectory. Both factors can produce added yards. The TS3 looks like it has a smaller head which would appeal to better players and no sole weight. Outside of the obvious adjustable hosel on both we will have to await release of exact specifications, but they appear to target specific player segments similar to the previous H models.

The fastest growing category of clubs are driving or utility irons with every maker having at least one model where as little as eight years ago there were only a handful of the major manufacturers offering them.

Utility irons can serve better players in two ways. First as a substitute for the hybrids that recreational players carry since, depending on the design of the utility iron, they often offer better control with lower ball flight. Low handicappers and pros also like utilities as a driving iron on very tight holes. Players with high swing speeds have less need for a hybrid’s get-it-out-of-any-lie weighting and head configuration that are so helpful to regular golfers. 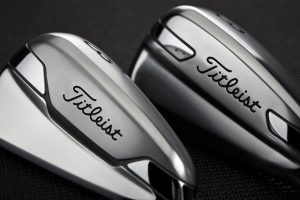 Others just don’t like that some hybrids have larger, almost fairway wood size heads and feel the bulge and roll of the face is unneeded, indeed detrimental to shot shaping. These players tend to opt for the smaller size and flat face of a utility iron.

From their looks the new U500 and U510 utility irons have a hollow construction similar to the 718 T-MB model from two years ago, a design that professionals like in a utility iron.

Honma Financials
Sakata, Japan based Honma Golf is only beginning to make a name for itself in the U.S. but has been well-known in its home markets of Japan, Korea and China. The signing of former OWGR No. 1 Justin Rose did however focus attention on the company’s clubs, some of which sell in the ultra-premium price segment with drivers ranging from $600 to $4,300.

In October 2018 the company appointed Mark King former president and CEO of TaylorMade Golf to lead the brand’s expansion in North America.

And by the way to clear up any confusion. The small figure peeking out of the “O” in Honma is a mole not a seal as I had thought for some time.

In Case Anyone Should Ask
Steve Stricker provided some pre-tournament copy for the media when he showed up in Columbus for The Memorial Tournament with a set of 13-year-old irons. The Titleist 755 Forged model were released in 2006 and Sticker was satisfied with the current model Titleist 718 AP2s to win the Champions Tour Regions Tradition but didn’t feel the shaft was quite right so the 755s came out of the closet.

Phil Being Phil
Another player causing a ripple of interest in the media was Phil Mickelson who played The Memorial carrying two drivers. Both are Callaway Epic Flash models, one his usual 9° and the other and 1 ¼ shorter 10.5° so he can hit more fairways. Lefty says he is preparing for the U.S. Open in two weeks and wants to be able to be more accurate off the tee at Pebble Beach. Mickelson missed the cut at Memorial with scores of 70-79 with a horrendous driving day in the second round though he led in driving distance but hit only 15 of 28 fairways. Readers will remember 13 years back Lefty won the Masters with two drivers but it would accurate to say the strategy hasn’t produced the needed results.

Gear at The Memorial
The putter count went to Odyssey who now can include being the most played putter at Jack’s tournament as well as the Masters and PGA Championship. The 120-man field overwhelmingly again teed up Titleist Pro V1 or Pro V1x balls 85 to 13 for Callaway Chrome Soft and Chrome Soft X.