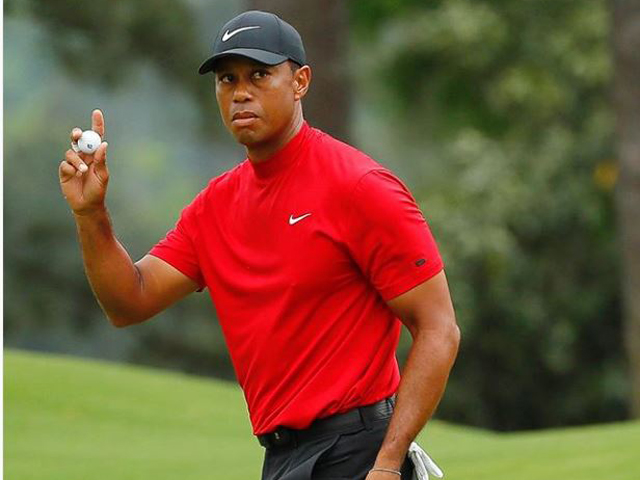 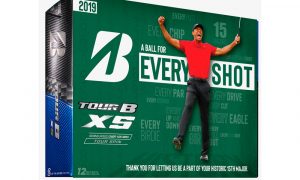 Bridgestone & Tiger – A Great Combination
After Tiger Woods captured the Masters two weeks ago Bridgestone Golf, supplier of the Tour B XS golf ball he used, thought packaging to commemorate his accomplishment was in order. The result was the limited-edition box pictured but something almost unheard of happened.

The special box featuring Tiger in triumph on the 18th green at Augusta National sold out in 24 hours with stores snapping them up so there are no Tour B XS balls for additional orders. The 75 compression Tour B XS and stablemate 85 compression Tour B X are both highly rated by reviewers and recreational players.

Speaking of Bridgestone
The company tells me they are going all-in with an agreement to have Club Champion Golf, the largest custom club fitter, to include Bridgestone irons and woods in their fitting program. This reflects Bridgestone’s strong commitment for all golfers to be able to play with the absolute correct clubs for their particular swing. 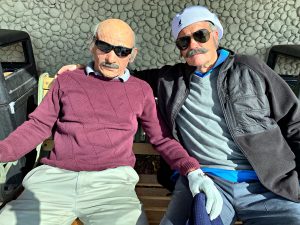 The first video made by Cleveland Golf depicting two-time long drive champion Jamie Sadlowski as an octogenarian wowing unsuspecting golfers with his length was seen by more than 5.5 million viewers. Now Grampa Jamie has returned with a video of his driving length on a launch monitor and on the range. Also, in the action is former PGA Tour star and network commentator Peter Jacobsen as Uncle Jake. Here’s the link to the return of Grampa Jamie: Grampa Jamie Video 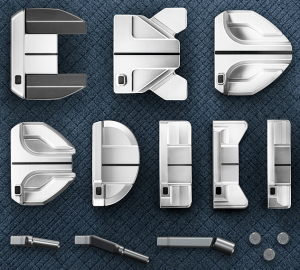 Gen2 Putters have been announced by Parsons Xtreme Golf (PXG) along with an emphasis on having each fit particularly to the user’s stroke. Eight head shapes in either chrome or black finish and a choice of three hosels are offered. Interchangeable sole weighting available with a choice of 5 to 20 grams. “Putts account for roughly 40 percent of shots taken, yet only a small percentage of golfers make an effort to be properly fitted,” PXG owner Bob Parsons was quoted in the press release. “We’re working to change that stat. With the release of our exceptional new PXG GEN2 Putters, we are committed to helping golfers dial-in their preferred putter to help shave strokes off their score.” Pricing starts at $425 and a weight kit is $75.

Lamkin Sink Fit
Lamkin Sink Fit putter grips are out in three shapes: traditional Pistol ($19.99), Skinny Pistol ($17.99), Straight ($19.99). All are made from their proprietary GENESIS material for better feel and surface traction and have Lamkin’s Fingerprint Technology. Details on LamkinGrips.com. 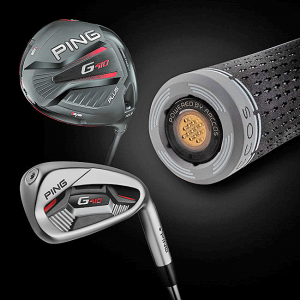 Arccos known for its swing data collection using their Smart Grips and Smart Sensors has signed an agreement with PING to supply them for PING’s full line of clubs. Performance tracking using the Arccos Caddie app will be at no charge for 90 days and then $99.99 per year. PING joins Cobra Golf in providing this extra to golfers purchasing their clubs.

In Case Anyone Should Ask

World Top 10 Drivers
Thanks to Dave Dusek on Golfweek.com for a listing of the drivers used by the top ten ranked players in the OWGR:
3-TaylorMade M5
2-Callaway Epic Flash Sub Zero
2-Cobra King F9 Speedback
1-Honma T//World 747 460
1-TaylorMade M6
1-Titleist TS3
TaylorMade may have lost the top spot in driver sales to Callaway and weekly challenged by Callaway and Titleist as the most played driver on Tour but at least for this listing four users is double the individual counts of Callaway and Cobra. Readers are cautioned not to make too much of this.

Tour’s Member-Guest
The Zurich Classic is the only team event of the PGA Tour schedule and consists of 80 two-man teams with the highest-ranking pro inviting another professional, usually a fellow member of the PGA Tour. First played using this format in 2017, competition is a four-ball Thursday and Saturday and foursomes on Friday and Sunday with a cut to 35 teams and ties after the second round.

The ball count at the Zurich showed 126 players using a Titleist, either the Pro V1 or Pro V1x, compared with 15 teeing up the Callaway Chrome Soft. Titleist was also the top choice in the driver category, with 51–46 were the 2019 TS models: 14-TS2, 28-TS3 and 4-TS4. The company led usage of hybrids (23), irons (48) and wedges with 228 of their Vokey Design brand. Callaway Odyssey was the most used brand of putters.