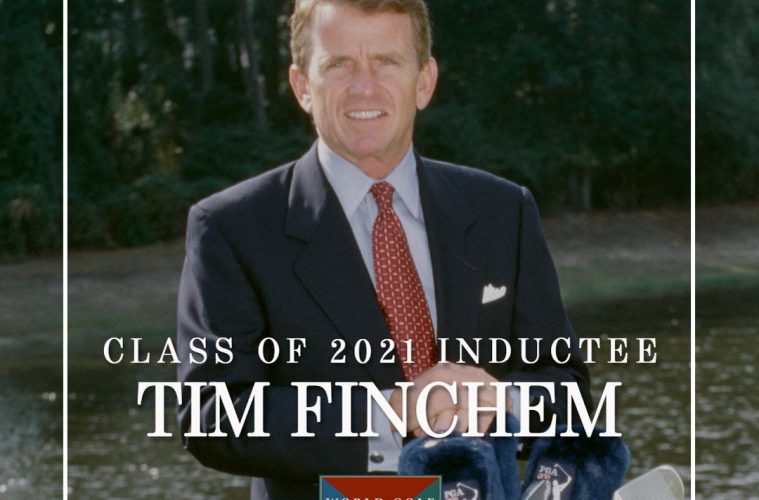 The World Golf Hall of Fame will enshrine former PGA TOUR Commissioner Tim Finchem as part of its Class of 2021, joining Tiger Woods and Marion Hollins. He received news of his Induction through the Contributor category from Commissioner Jay Monahan.

“It is the greatest honor to be elected to join golf’s most legendary players and contributors in the World Golf Hall of Fame,” said Finchem. “This is a truly humbling moment, for which I am most grateful, and I look forward to celebrating with my family and friends throughout the game of golf and the many people who made this possible for me. I am especially proud to stand alongside one of the world’s all-time greats, Tiger Woods, in the Class of 2021 and look forward to what will be an exciting year ahead.”

Under Finchem’s 22-year tenure as the PGA TOUR Commissioner from 1994 through 2016, prize money skyrocketed, moving from under $100 million on three tours in 1994 to more than $400 million on six tours when he retired in 2017. He created signature events in today’s game, including the FedExCup and the FedExCup Playoffs, the Presidents Cup and the World Golf Championships.

Finchem’s impact expanded far beyond the PGA TOUR as he left his mark on the global game. He spearheaded efforts to coordinate the bid for golf’s return to the Olympics, which became a reality in the 2016 Games after a 112-year absence.

Finchem worked to ensure giving back was part of the fabric of the PGA TOUR’s business model and was instrumental in founding the First Tee in 1997. Since inception, Finchem has helped First Tee grow and develop into the positive youth development organization it is today, having reached more than 15 million young people on golf courses, in schools and after-school locations. During his tenure as Commissioner, the PGA TOUR and its tournaments raised more than $2 billion in charitable contributions.

“Tim Finchem’s vision and leadership have made an indelible impact on the game of golf over the past 25 years,” said Jay Monahan, PGA TOUR Commissioner and World Golf Foundation Board Chairman. “His enshrinement into the World Golf Hall of Fame will forever stand as a testament to his tireless dedication and contributions, but more importantly, so will the countless lives – whether those are the players on the PGA TOUR and beyond, millions of First Tee participants, or charitable organizations around the world – impacted by his life’s work.”

Finchem joins Tiger Woods and Marion Hollins as part of the 2021 Induction Class. The Hall of Fame will round out the Class of 2021 by announcing the fourth and final Inductee in the coming days.

The Class of 2021 is elected by the Hall of Fame’s Selection Committee, which discusses the merits of 10 finalists. The Selection Committee is a 20-member panel co-chaired by Hall of Fame Members Beth Daniel, Nick Price, Annika Sorenstam and Curtis Strange, and includes media representatives and leaders of the major golf organizations.

Click here to download press kit materials for the Class of 2021. For more information on the Induction process, visit www.worldgolfhalloffame.org. 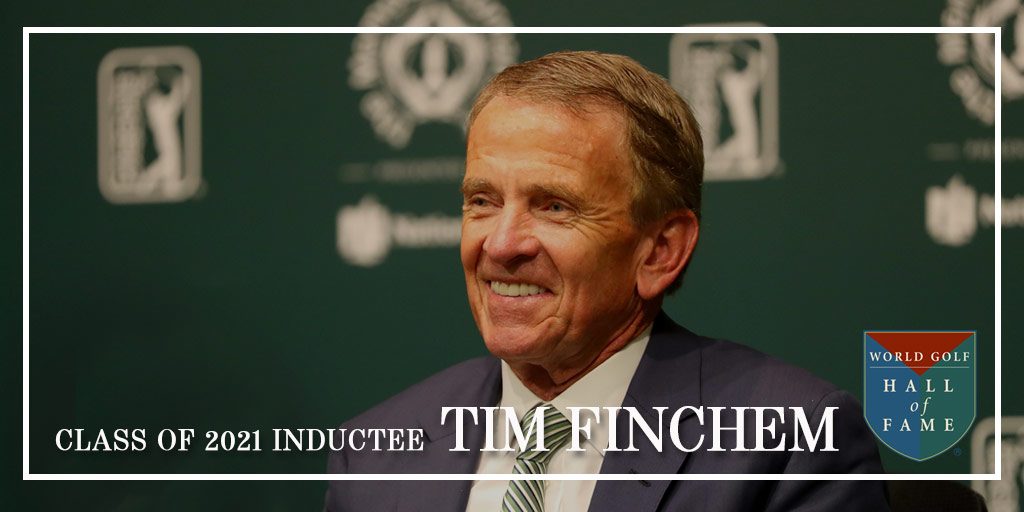