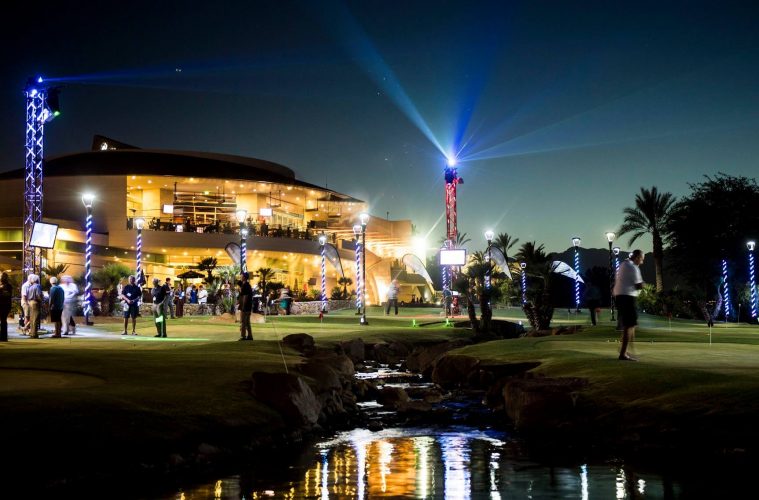 Dan Mechem is a seasoned media/entertainment and financial executive who began his career as Press Secretary for John McCain in Washington D.C. He went on to become a White House Correspondent and Emmy-winning Fox reporter for seven years. Mechem then went to work at Nielsen Online, where he became VP and GM of their entertainment and media division.
He then served as Senior Vice President with Unit 9, one of the premiere ad agencies in the world for two years and then founded a boutique wealth advisory called The Money Protector. Mechem was named CEO of NextLinks in September of 2021. He has served on the boards of numerous charities and currently serves as Chairman of the board of SknVue, a leading skin cancer prevention charity. 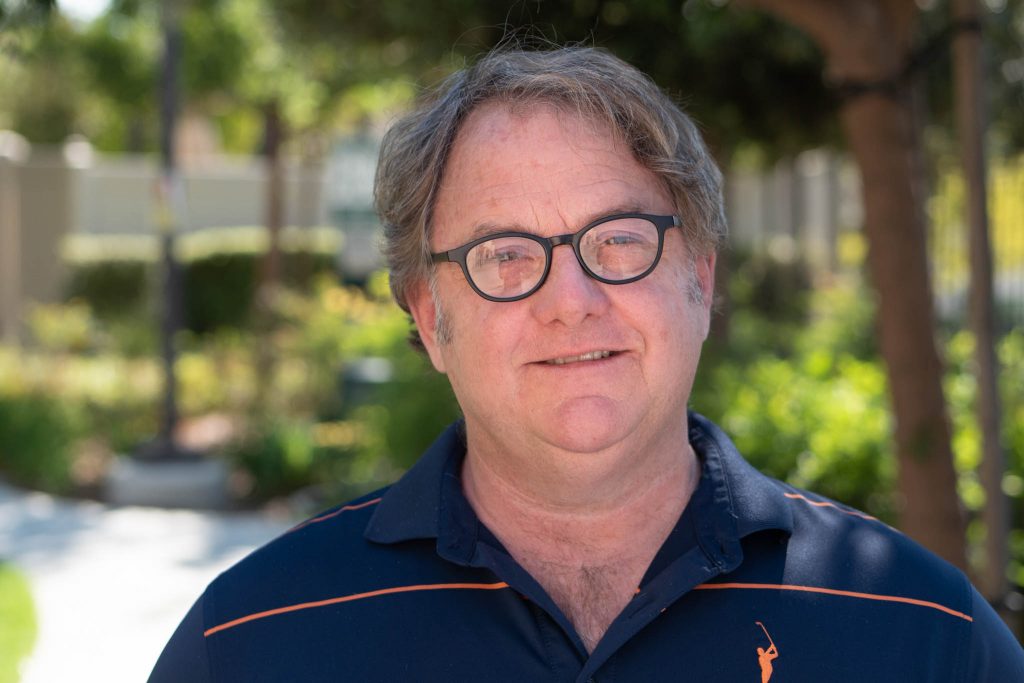 I have been blessed with an exciting and varied life from my days as a Press Secretary and as an investigative reporter, having interviewed celebrities and Presidents, including President Biden, many times when he was a Senator.

However, one of the most impactful and transformative things in my life happened to my family when I was 10 years old. My younger sister was playing outside and was suddenly kidnapped and later held for ransom. She was gone for several days, and thankfully she was returned unharmed but not after 48 hours of hell, uncertainty, and fear. They caught her abductor, and he went to jail for 25 years.

This event affected me profoundly for many years. First, it underscored the fragility and precarious nature of our lives on earth. We need to be thankful for every day we are alive and make the best of it. I also am mindful that we were extraordinary lucky to get my sister back unharmed. Most children who are abducted are not so lucky.

I also had a front row seat to see how the media covered the kidnapping and, in many ways, turned it into a circus. The media made numerous factual mistakes including initially naming the wrong man as the perpetrator. I learned a great deal from this. Many years later, as a reporter, I vowed to always tell the truth and make sure to get my information right. It is so important to report the facts and nothing but the facts.

My driving passion is to make a difference in the world, one day at a time, brick by brick. Leading with a positive attitude and being a CEO who leads by example.

What was the genesis for NextLinks?

The genesis for NextLinks was the proposition that it might be possible to build a better technology and player experience than what Topgolf offers. Topgolf is great, and the company was acquired by Callaway for $2.6 billion. That convinced our founder and core team that there was and is room for another company to take the player experience to the next level. That dream and promise is now coming to fruition as NextLinks raises capital to build 15 to 20 large scale indoor golf arenas worldwide.

How does NextLinks differ from what’s being done with companies such as Topgolf and Drive Shack?

We believe our tech and player experience is much better, and more like real golf. We also have the former CIO of the Dallas Cowboys, Pete Walsh, on our team, the guy who built and executed the tech for the iconic AT&T stadium and many others around the world. It’s one thing to say you have better technology, it’s quite another to have a guy of Pete’s caliber to fulfill and implement the dream of our technology being the market leader. 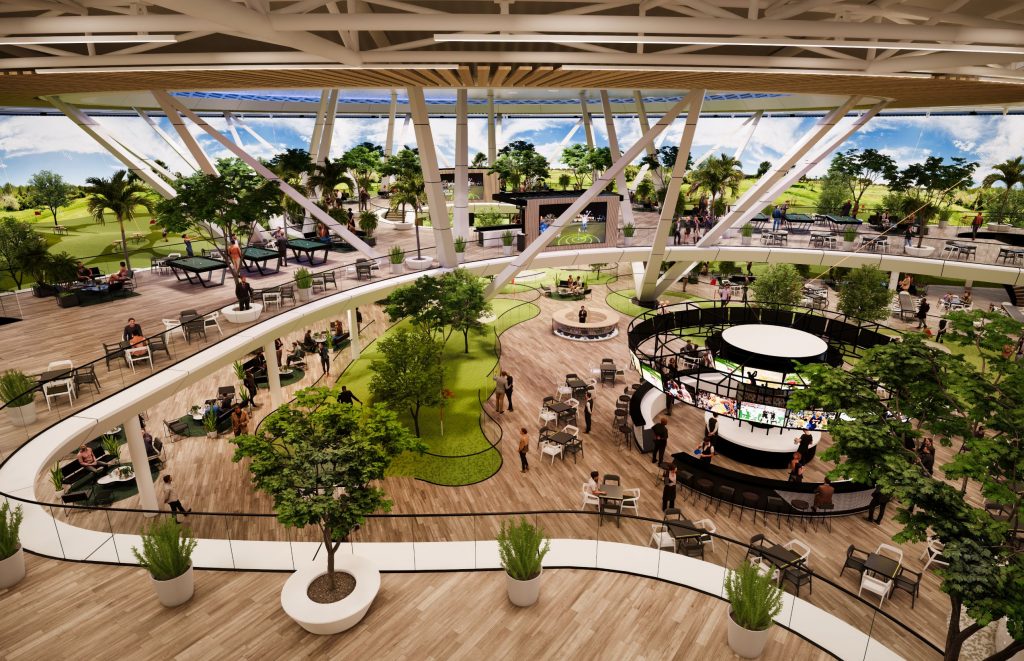 How will NextLinks connect with a younger generation — those under 35 — who do not view golf in the same manner as their parents and grandparents?

The younger generation will love and embrace NextLinks because it is social and be-cause of the fabulous food and beverage. And unlike a stodgy golf country club, they can take selfies anytime they want, text, video their friends and post a NextLinks golf challenge on TikTok, without the fear that some golf rules official will come along and yell at them or take their phone away. NextLinks is the younger generation’s salvation, and a non-pressure zone to have fun and play golf with your friends.

You’ve worked in a variety of interesting positions – what prompted the move to be-come CEO of NextLinks?

I have been CEO of several companies, which prepared me to come aboard, but I have never been part of a company that has so much passion and energy to create some-thing unique and special. The momentum we have at NextLinks is palpable. Every day I wake up energized and ready to take on the world.

How active a golfer are you and how will NextLinks be relevant to both avid golfers and those just starting out?

I play golf about once a month; I wish I had time to play more. But all my friends are fanatical golfers. And I come from a golf family, with my father having been Commissioner of the LPGA and Arnold Palmer’s chief advisor, sharing an office with The King at Bay Hill for many years. So even though I don’t play golf as often as I would like, it is in my blood. 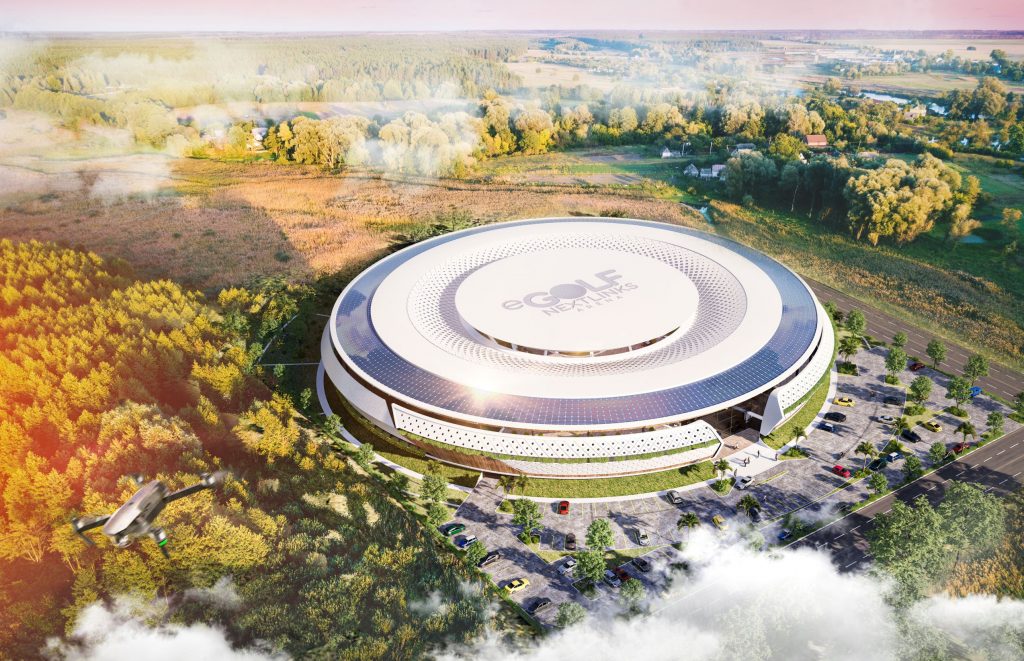 NextLinks plans to open a number of destinations — will the efforts be nationwide and concentrated near major metro areas and what kind of timeline do you see happening with the openings?

We are hoping to have our first arena under construction in Q4 of 2022, and then build 15 to 20 more in the next five years. Most will be concentrated in large metro areas, but not all.

I would make golf easier to learn and take away the pressure and all the antiquated rules that discourage many people from learning. That is very much our mission. Golf needs to be fun and social, and that is the very essence of NextLinks. And we plan to have a profound impact on growing the game of golf by introducing it to people in such a relaxed, enjoyable setting.

The biggest challenges for NextLinks — short and long term is what?

The biggest challenge short term is to build all the 15-20 indoor golf arenas during a pandemic and when many supplies and material are stuck in ports and the shipping lanes are clogged. That is out of our control, but we can just hope that the issues ease and start to get back to normal as the pandemic subsides.

Long term: our biggest challenge is to clearly articulate and show in our advertising and marketing how NextLinks works, and exactly how you can play golf in our arenas, so people clearly understand who we are and our value proposition. But as a former Press Secretary for John McCain, award winning reporter, and SVP for one of the top ad agencies in the world, Unit 9, I know a thing or two about marketing. And we already have something big planned for our company launch at the PGA show in 2022 in Orlando 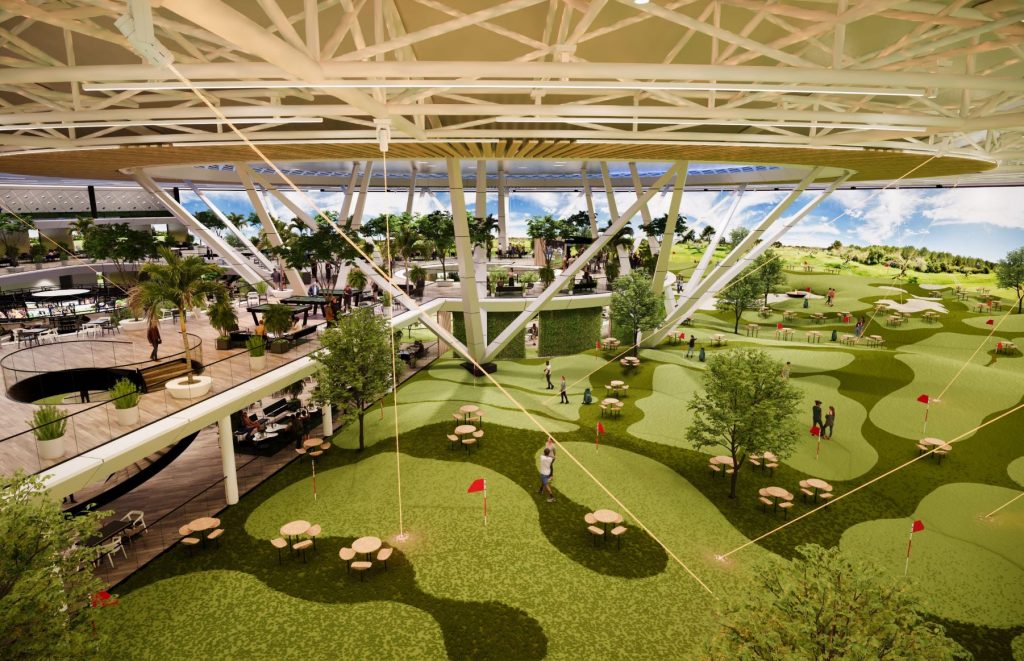 Best advice you ever received — what was it and from whom?

The best advice I ever received was from my father. He is a real consensus builder and an irrepressible optimist who said: “Never say a disparaging word about anyone and never write a nasty email to someone when you are upset.”

This is great advice for all of us and could be employed to great effect by many people who spend countless hours online criticizing and saying venom-filled, terrible things about other people. As Dad likes to say, you get more bees with honey, than vinegar.

For more info go to:
www.nextlinks.com