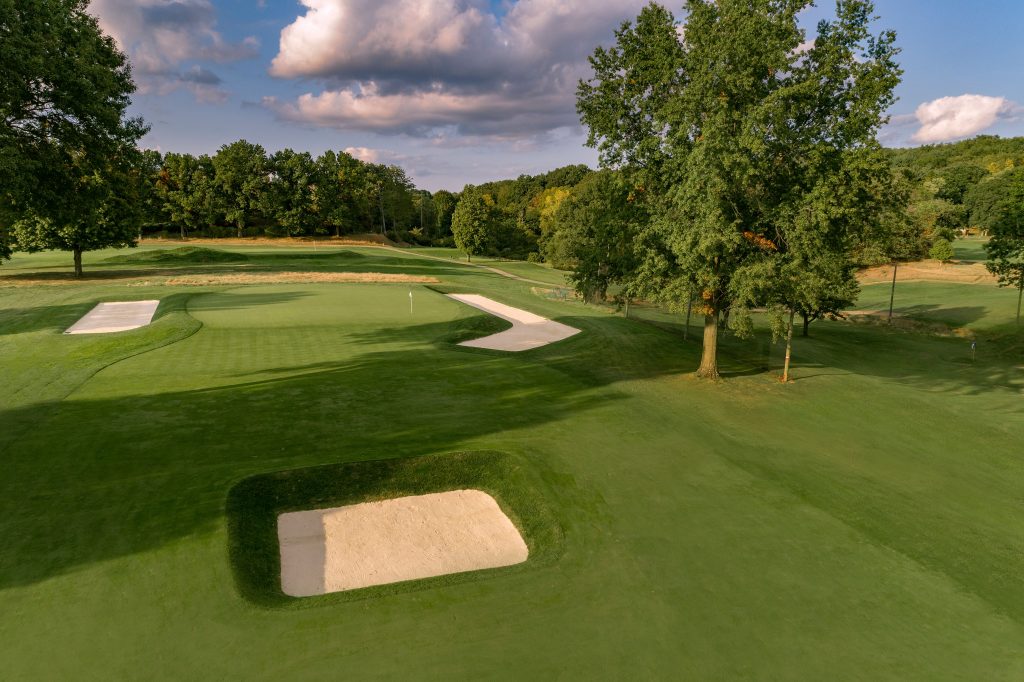 Over the last number of years golf clubs throughout the United States have engaged various architects in updating their respective layouts. The western Pennsylvania area is home to a number of revered layouts that came into beginning during the Golden Age of Architecture in the 1920s.

While much of the limelight in the immediate Pittsburgh area centers around the acclaimed Oakmont Country Club — there are a number of other courses clearly meriting serious attention for the architecture that’s showcased and how they have been successfully updated.

Just a few miles from Oakmont across the Allegheny River is Fox Chapel Golf Club. The storied club owes its considerable pedigree to the handiwork of architect Seth Raynor. Raynor, a civil engineer by profession, learned his craft under the tutelage of Charles Blair Macdonald – the father of American golf. Raynor, was engaged by Macdonald to create The National Golf Links of America on Long island and through Macdonald’s vision adapted the famous holes from Scotland for many of the courses he designed. Interestingly, Raynor never actually saw the holes he so adroitly copied. 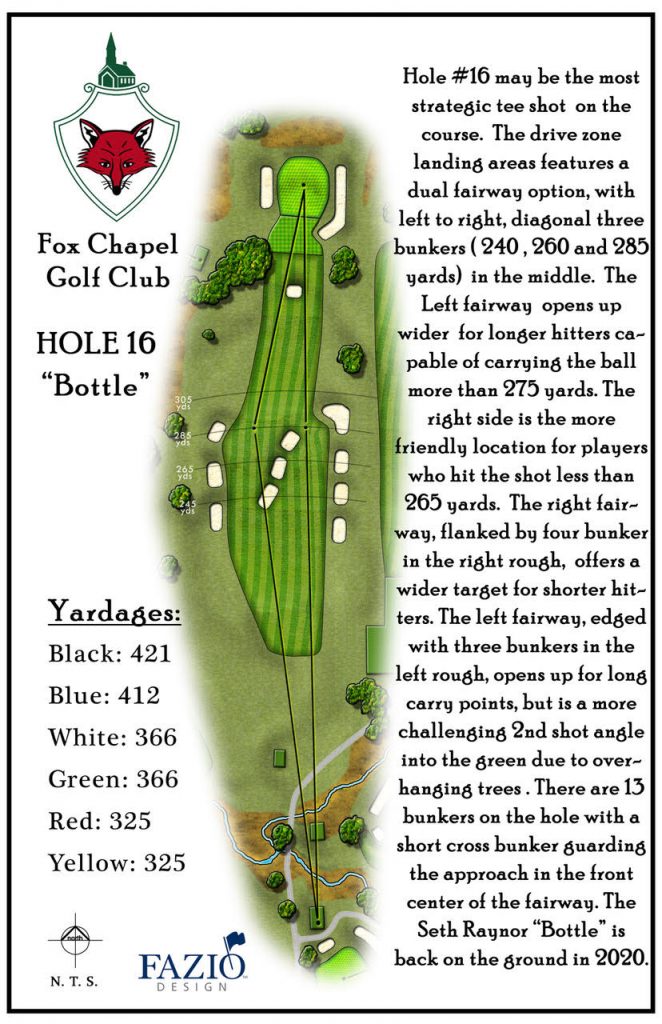 Over the course of time, numerous courses from the Golden Age period have gone through various efforts in being updated. Fox Chapel is no different and the most recent effort initiated in 2014 and carried forward to present time by Fazio Design with senior design associate Tom Marzolf serving as the principle point person on-site.

The crucial ingredient when updating architecture from one of golf’s premier designers is showcasing what was originally done — and avoiding the mistake in superimposing a different style. The preceding sentence sounds straightforward, however, far too many course updatings fail to do so and, as a result, the original qualities are forever compromised. Marzolf is quick to point out that “strict adherence to Raynor design principles” lies at the core of the work carried out.

A number of courses in the extended Pittsburgh area are blessed with rolling terrain that adds to both the visual and strategic calculus. Fox Chapel provides plenty of natural land forms and players are always tested to make constant adjustments throughout the round. 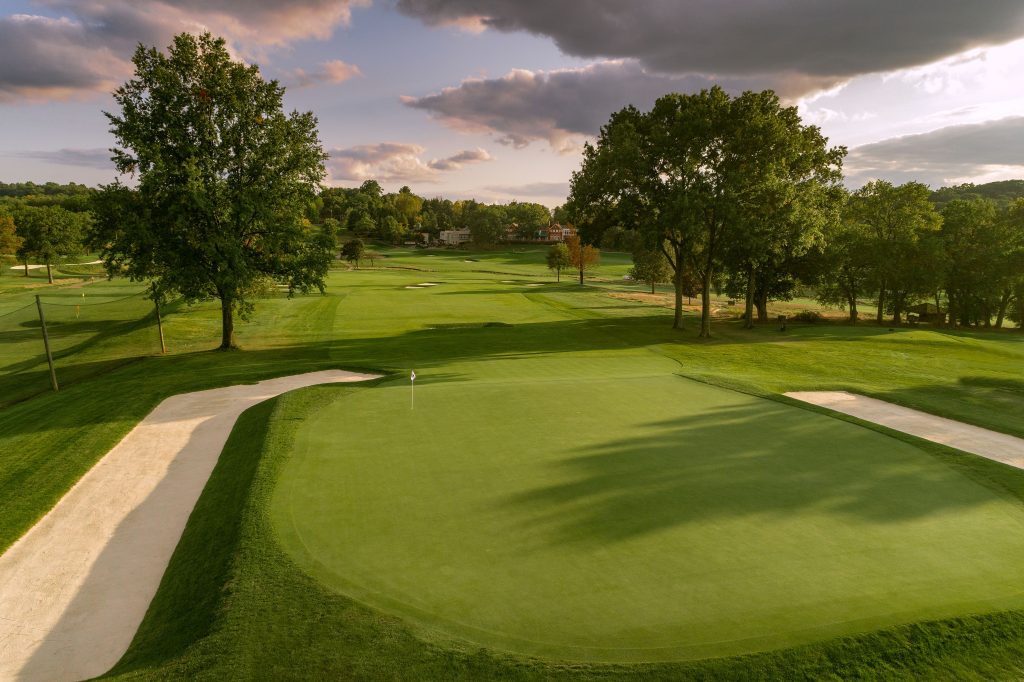 The 16th hole at Fox Chapel is aptly called “Bottle” because of the split nature of the fairway — with two sides separated by a series of bunkers positioned diagonally sin the center location. The origin of the Macdonald modification comes from the original 12th hole at Sunningdale’s Old Course in Berkshire, England.

Players, of varying handicap levels, must decide upon reaching the tee on how they wish to proceed. A wider area of fairway exists on the left side but the approach from that area is more testing because of the way the putting surface is angled. The ideal right side presents a narrower landing area — hence the terminology of the word “bottle” but if successfully attained can lead to a less rigorous approach shot. There is also a short cross bunker a number of yards in front of the green which also must be avoided. In total, 13 bunkers are located at the 16th — with an imposing 10 in the landing area.

Marzolf is quick to add — “It is not an interpretation. It’s truly putting Raynor back on the ground. Seth Raynor’s once and forever the architect of Fox Chapel.”

Added Alexander Childs, head golf professional at Fox Chapel, “The hole embodies the Macdonald / Raynor design element with strategy players can play in front of, to the side of or even over the fairway / cross bunkers. Playing to either side of the fairway poses completely different approach shots. Macdonald / Raynor makes a player think before the player strikes their ball.”

Fox Chapel served as host to the Senior Players Championship from 2012-2014 and the Curtis Cup Matches in 2002. In 2023 the club will celebrate its centennial.