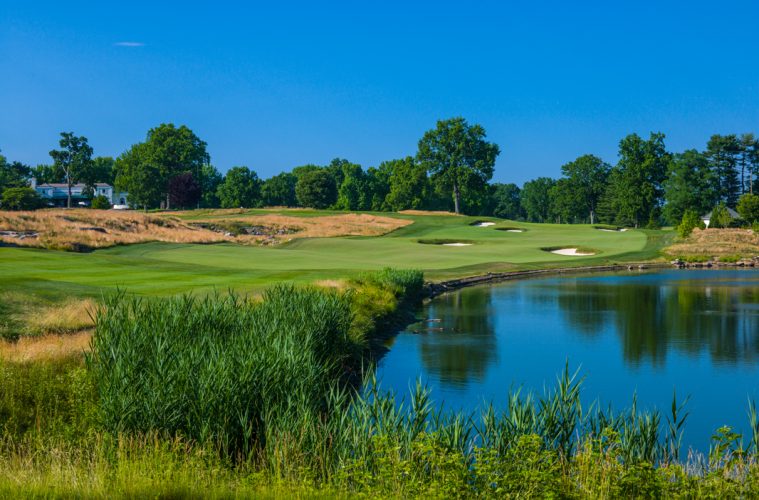 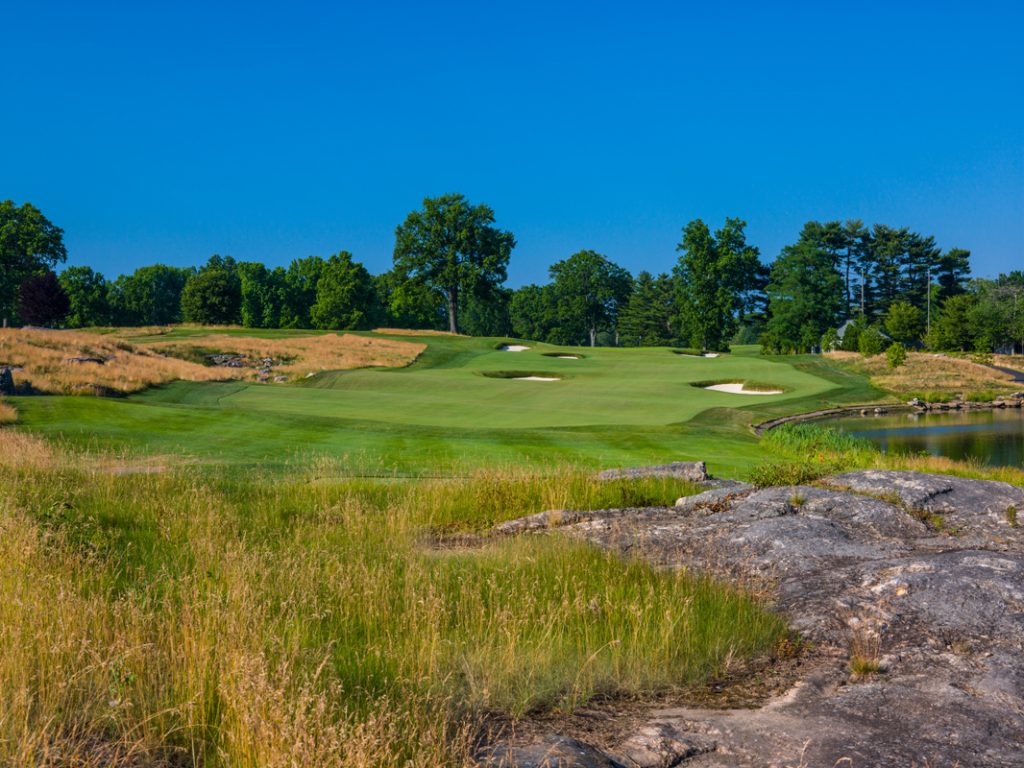 The eyes of the golf world will be on New York State when the US Open returns to Winged Foot Golf Club in mid-September instead of its usual June time frame because of the pandemic. But, what is often undervalued is the sheer depth of a number of other private clubs that call Westchester County home.

Siwanoy CC served as host for the inaugural PGA Championship back in 1916. The layout is the only course designed by famed architect Donald Ross in the county. Over the course of time the club hired various architects to upgrade the course and the net result was a hodge-podge of elements — a number of which were clearly at odds with what Ross originally envisioned.

Smartly, the club became aware of the efforts of architect Mike DeVries through his work at another nearby Westchester club called Sunningdale. The involvement with DeVries commenced in 2006 with a long range plan. Restoration started in earnest in 2013 and concluding in 2015 in preparation for the centennial celebration of the 1916 PGA Championship.

Besides being an accomplished creator of new courses such as the highly regarded Kingsley Club in Michigan and Cape Wickham in Australia — DeVries has been most successful in bringing back to life old-time classic courses and reinvigorating the true character of what was originally present.

Ross cleverly routed Siwanoy so that constant adjustments are called upon players throughout the round. DeVries smartly bolstered a number of holes but he also was equally adept in creating “new” efforts with the par-3 6th and par-4 16th holes respectively. 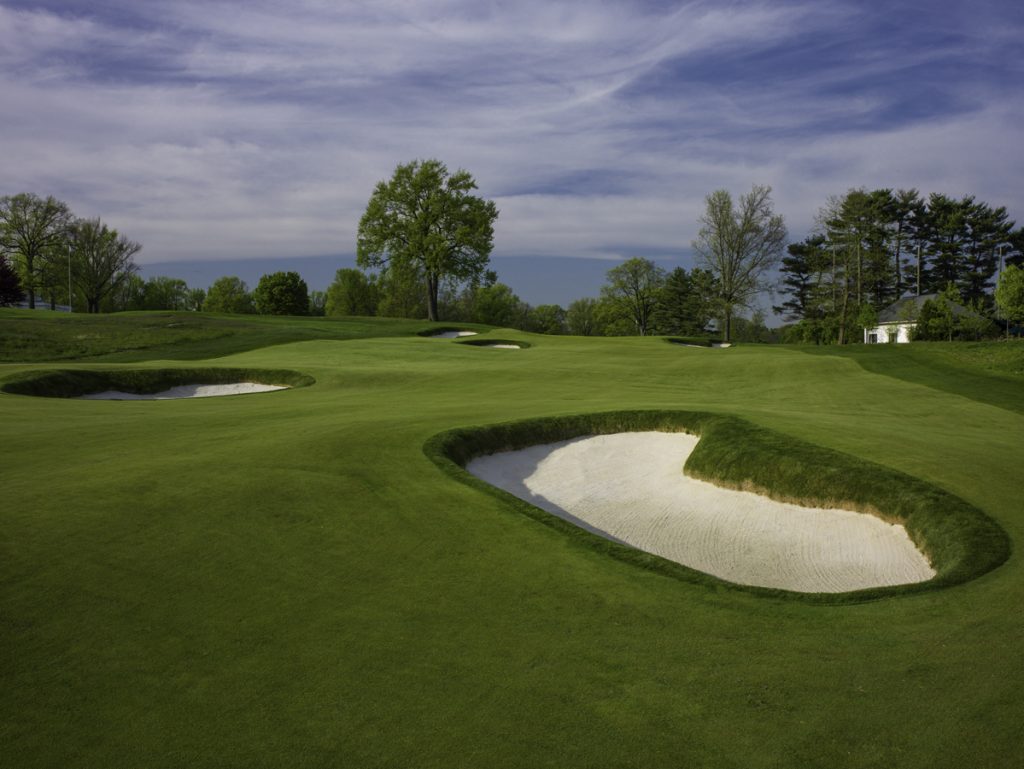 The 6th features a vexing green that repels hapless plays and includes a deep menacing right side bunker.

The 16th was fundamentally altered over the years and the fingerprints of different architects needed to be resolved. DeVries completely re-fashioned the hole but its overall look and character merge smartly with the Ross style.

The walk from the 15th green to the 16th tee is the longest one golfers face between holes. “The view across the pond and up to the green site gets the butterflies going in your stomach for a tough tee shot,” said Superintendent Steven McGlone. “The 16th has everything Siwanoy has to offer — contoured fairway, penal bunkers, water hazards, native areas, rock outcroppings and a challenging green. DeVries added two fairway bunkers in the drive zone — they offset one another and each poses a clear risk for those failing to steer away from them. 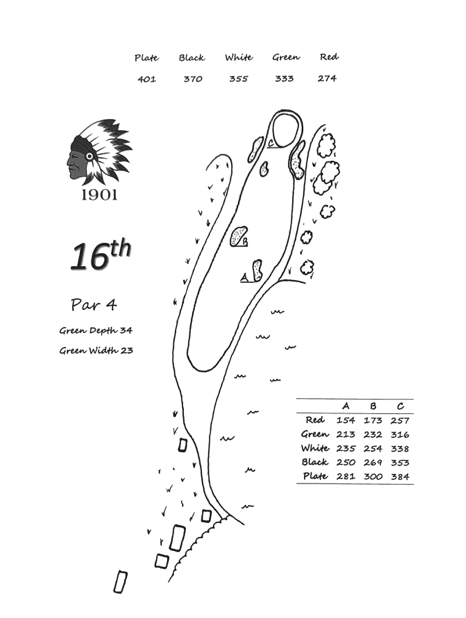 “The 16th had been manipulated quite a bit over the years, with the last version a very poor one with a wide, flat fairway constructed when the pond was put in — originally a swampy area fed by the original drainage way that made its way through the property from the 18th thru to the 15th hole and out the low side,” said DeVries. “The original green was said to have three (3) tiers but the last iteration was flat and it didn’t fit in very well — we brought back character to it and tied it into the granite under the left hillside.”

The putting surface provides 6,800 square feet but it’s incumbent on the player when making the approach shot to keep the ball in the most advantageous position. The 16th plays to the north and the general prevailing wind comes from left-to-right.

“I like that we were able to put some roll back into the fairway and set up the green with enough options for the golfer to think about their approach shot,” said DeVries. “It’s a beautiful hole and retains its classic golf mentality with distinctive shot options and challenging plays without being overall penal on the average golfers.”

Donald Ross is indeed smiling now. Knowing his efforts at Siwanoy have clearly been wonderfully resurrected with the 16th demonstrating a deft touch by DeVries.