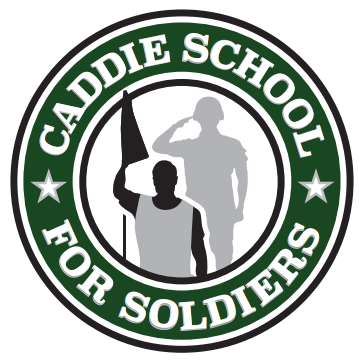 Carrying On, a Documentary Film on the Caddie School for Soldiers, to Premiere at the KOHLER Golf Party

Sept. 16, 2021 – Kohler, Wisc. – Carrying On, the feature-length documentary film that profiles the work of the nonprofit Caddie School for Soldiers (CSS), will premiere on Wednesday, September 22 at 6 p.m. CST, at an open-air special event stage located at the Shops at Woodlake Kohler (725 Woodlake Rd, Kohler, Wisc.) at Destination Kohler.  All media and the general public are invited to attend the event free of charge, with light food and beverages available for purchase.

This highly emotional and uplifting film, which was shot during the school’s first session in St. Andrews, Scotland, features military veterans from the U.S., U.K., and Canada who were invited to spend a month together learning not just about caddying and golf, but about how to find a way forward in their lives after concluding their service careers.

“Because soldiers are dedicated to the ideal of self-sacrifice, when they return to a world that is defined by the opposite—personal gain—they don’t really know how to fit in and they become strangers to themselves,” said Don J. Snyder, Founder and Chief Executive Officer of the organization. “And when you’re a stranger to yourself, you don’t really believe in yourself anymore. The Caddie School for Soldiers program was created to help veterans earn back their belief in themselves, so that they can carry on in life with the measure of dignity they are entitled to.”

The CSS invites small groups of veterans to live together for a month, learn about golf and caddying, and gain skills that will help them create new lives in a new profession—whether in golf or any other. Previous schools have been held in the St. Andrews area, but the 2021 school will take place between October 6 and November 5 at Whistling Straits, host of the 43rd Ryder Cup.

“Our Sponsoring Partner, the Kohler family and company, have been instrumental in helping these deserving veterans through their generous support from the very beginning,” said Snyder. “They’ve provided not just vital funding, but also the use of their wonderful golf facilities, initially in St. Andrews and this year at Whistling Straits. The CSS is extremely grateful for their support.

“We’re also very grateful for the support of our many other donors, contributors and partners—including our Presenting Sponsor, Peak Scientific; Folds of Honor, which contributes scholarships to the children of the school’s attendees; and the many organizations who refer veterans to us, including the Wounder Warrior Project®, the On Course Foundation, Royal British Legion, B.L.E.S.M.A., and others.”

Carrying On was directed by Jon Beer and filmed in St. Andrews and Elie, Scotland. In the film, the veterans share highly personal stories about their service careers, talk about the difficulties they’ve had adjusting to civilian life, and emerge at the end with newfound hope after spending time together learning about the noble profession of caddying. Several of the school’s graduates have gone on to become professional caddies in the St. Andrews area and elsewhere.

For those who cannot attend the premiere in Kohler, the film will be available for viewing at the organization’s website: caddieschoolforsoldiers.com. Media members who would like to schedule an interview with Don Snyder or one of the school’s graduates are welcome to contact the group’s public relations representatives, shown below.