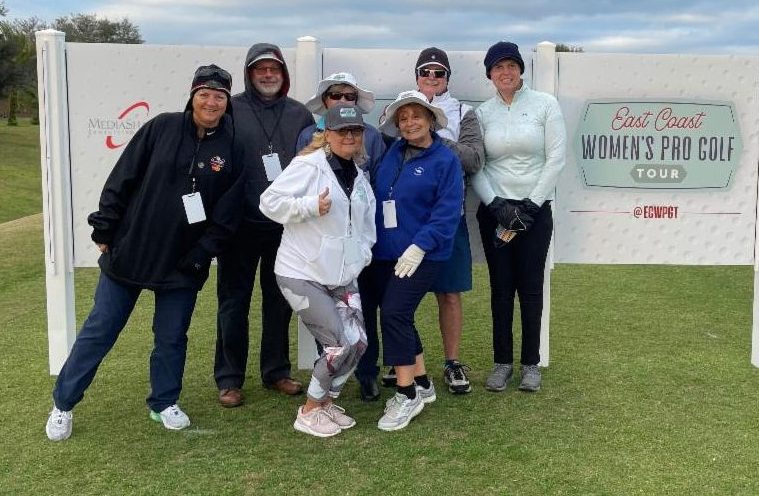 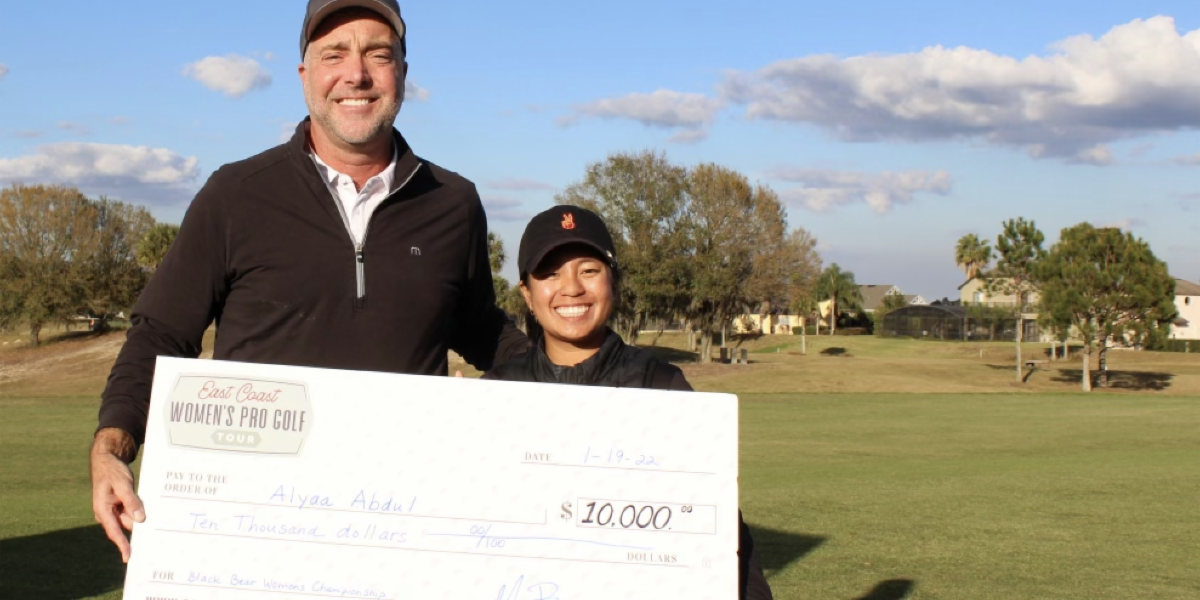 Alyaa Abdul earned $10,000 today and etched her name in the history books of the East Coast Women’s Pro Golf Tour as its first-ever champion. From Newport Beach, CA, this is Abdul’s first professional win since graduating University of Southern California in 2021 and turning professional immediately after. After a tough opening round 7 (+6) in tough windy conditions at Black Bear Golf Club, she followed up with a 69 in round 2 and closed today’s final round with a 70 and a total 217 to stave off Alexandra Swayne by a single stroke.

Swayne, from St. Thomas, USVI and a 2022 Clemson graduate came out of the gate on absolute fire with a 6-under par 30 on the front nine to close the gap to a single stroke at the turn. She finished the day at 4-under (68), to cap off a week that started with an 80 and then a ten-shot turnaround (70) on day two. Pauline del Rosario (Garland, TX) and Mohan Du (Beijing, China) we’re just two back of the leader at 219 for T3. The round of the day belonged to Hexi Yuan of Hainan, China with a 67 for a T5 finish with Thailand’s Panitta Yusabai.

Just launched in December, the ECWPGT is a professional women’s golf tour with the mission of creating more and better playing opportunities for those aspiring to play in the LPGA. Today was the second round of the Dare the Bear Women’s Championship, the 2022 Winter Series opener. There are seven more Winter Series events scheduled through March 30, before the Official Tour schedule kicks off at the end of April in Northeast Florida. The ECWPGT is owned and operated by Ponte Vedra Beach (FL) event and brand marketing company, MediaShare Consulting Group.

News from the Dare the Bear Women’s Championship 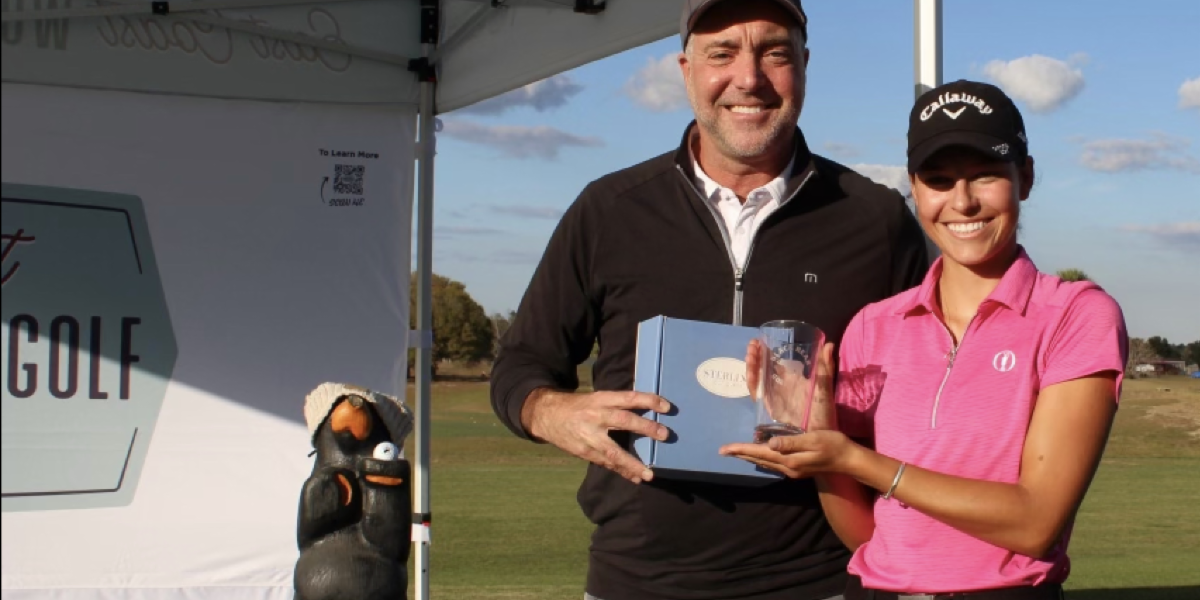 Black Bear Golf Club in Eustis (FL) was the host to the Dare the Bear Women’s Championship. Owned by Sue and Roger Adams (PGA), Black Bear offered the test players asked for with small and fast greens and undulating fairways. The course was set at 6400 yards, but played much longer on the first day with winds gusting into the 20 MPH range. The final round gave way to much better scoring conditions with bright skies and temperatures in the low 70’s, yet still only yielded five rounds under par.

Said today’s winner, Abdul, “The conditions were tough, but the course was in great shape for tournament play. They really took great care of us this week. The ECWPGT put on a first class event, and I’ll be back for sure.”

Added Mark Berman, Tournament Director and owner of the ECWPGT, “This is what the players wanted: a course that challenged their game, a host venue that clearly cared about them and the women’s game, and an exciting prize purse.” Berman continued, “$10,000 is a season-maker for a developmental tour player and a big check for a developmental tour event. What a great first win for Alyaa. She played hard and earned every bit of it. In fact, as the sun was setting last night she was still on the range grinding it out. Hard work paying off for her and mission continuing to be accomplished for the ECWPGT.” 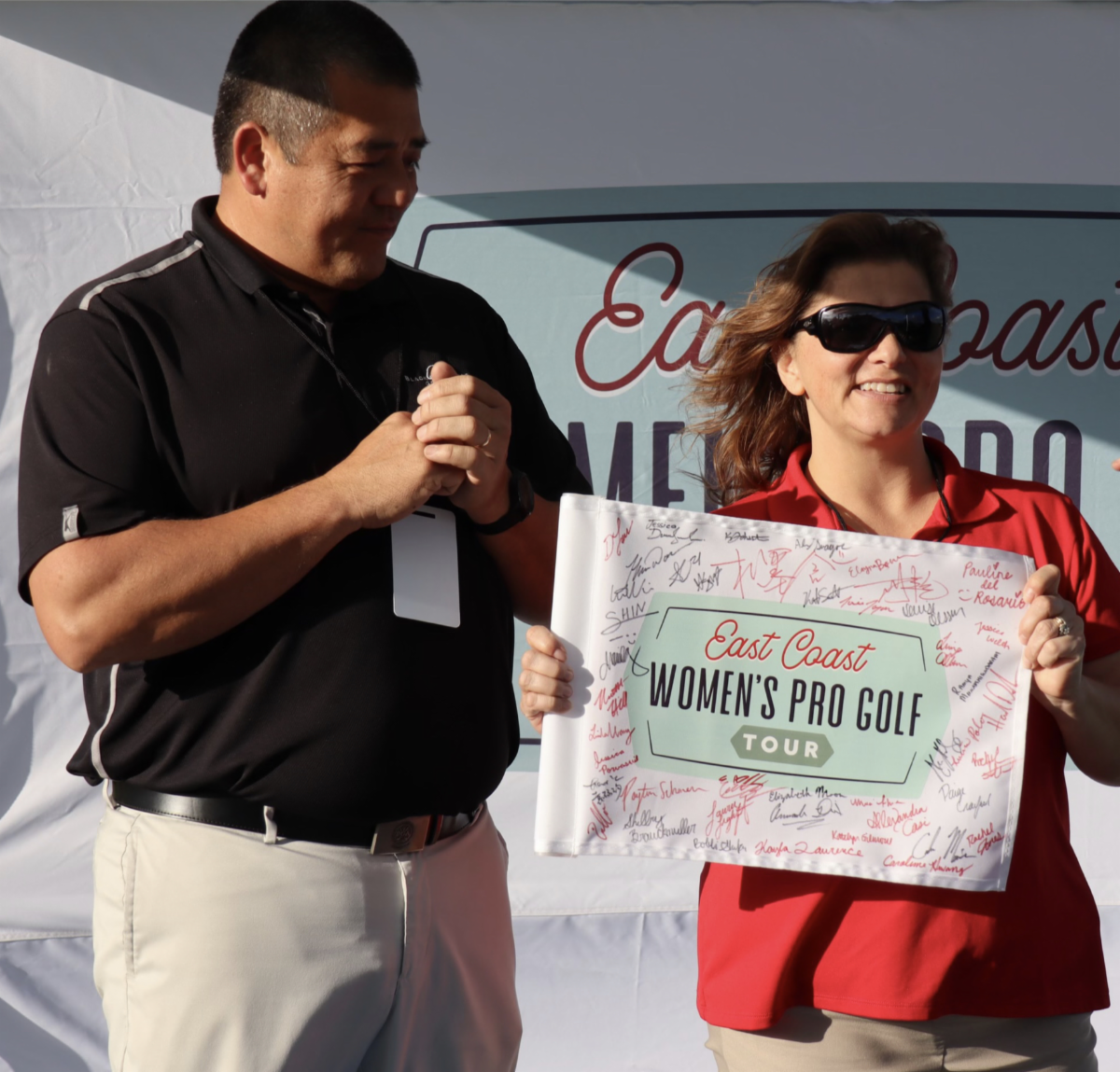 Golf fans can follow the ECWPGT action on the Tour’s website, www.ecwpgt.com or via social media at @ecwpgt. The ECWPGT will move next week to Orlando for the Rio Pinar Women’s Championship being hosted at the historic Rio Pinar Golf & Country Club. Admission is free. The tour is seeking volunteers (some of the Dare the Bear Volunteers pictured with ECWPGT player Hailey Davidson before round one’s chilly start).