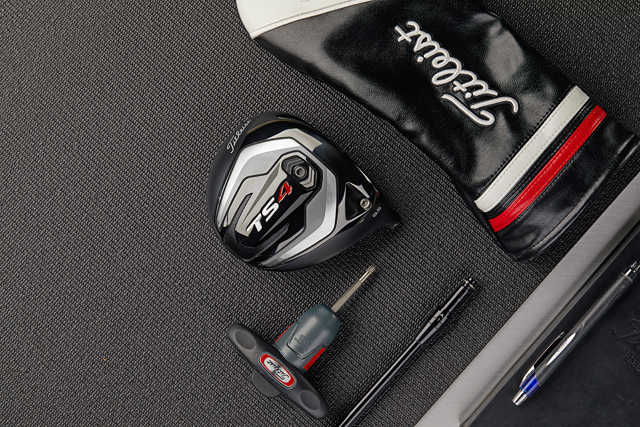 The Titleist Speed Project researching how to push up the ball speed delivered by all their clubs resulted in the introduction of the TS2 an TS3 drivers for 2019. These two are now joined by the next member of the family, a low-spin version, the TS4 which debuted at last week’s Valero Texas Open when two players immediately switched.

The TS4 at 430cc is 30cc smaller than its stablemates but shares the thin titanium crown, Speed Chassis construction and variable thickness face of the other two models. Moving the center of gravity towards the face (5mm closer than the TS2) with a sole weight called a SureFit Flatweight lowers the spin off the TS4 for a more penetrating flight profile. The other significant features include Titleist’s SureFit Hosel with 16 loft and lie settings and a stock shaft length of 45.5”.

Titleist says the TS4 will be in golf shops the end of June. See Titleist.com for details. 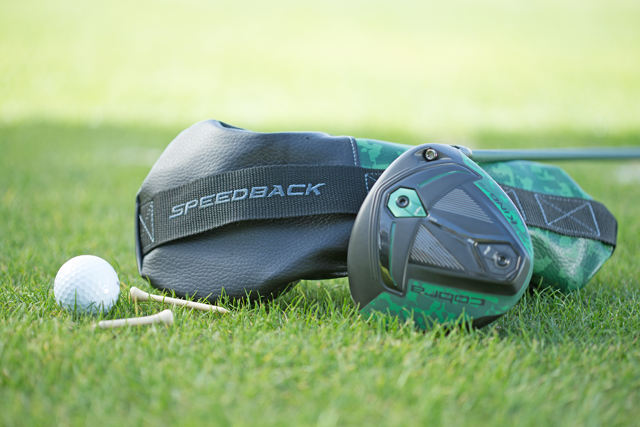 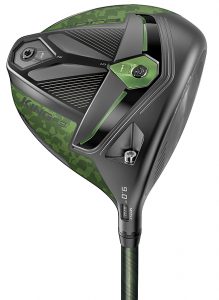 but feedback so far from players says Cobra has a real winner with the KING F9 Speedback driver supported by head to head Trackman data from a number of testers. When Cobra originally brought the Speedback to market it came with two distinctive and pleasing color combinations black/yellow and black/white.

Now expanding the Speedback offering is a special edition Camo coloring with what may be a deal-clincher for some, a cool-looking matching Camo-themed headcover. Available now the Camo KING F9 Speedback is $499 versus the other versions at $449. 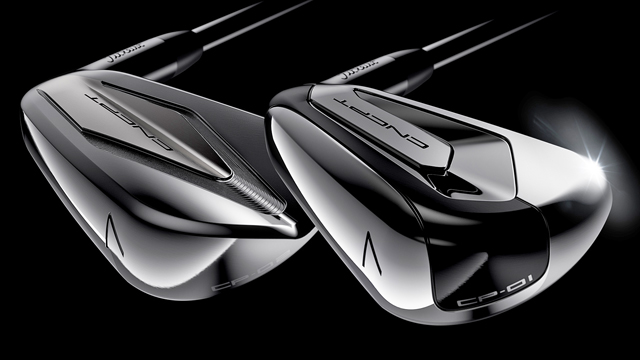 Starting Saving Up for Titleist CNCPT
Titleist is not saying what the “rare, super strong alloy never before used in club manufacturing” is but it allows the them to make the thinnest unsupported single thickness face of any iron in the new CNCPT CP-01 and CP-02. Complimenting the L-shaped face insert are 100 grams of tungsten in the hollow body players-distance category CP-01s and 110 grams in the players blade CP-02. Available only by contacting the “CNCPT Concierge” to schedule a fitting both carry a retail price of $500 per club. 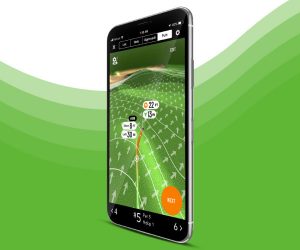 Putt Line
GolfLogix has updated their app which shows the line of a putt so it now also shows the green speed. Drag a line on the screen from the ball to the hole and the aiming point and distance past the hole is generated and shown along with the green contour. Putt Line is available for a no charge trial. See their web site GolfLogix.com for more information. 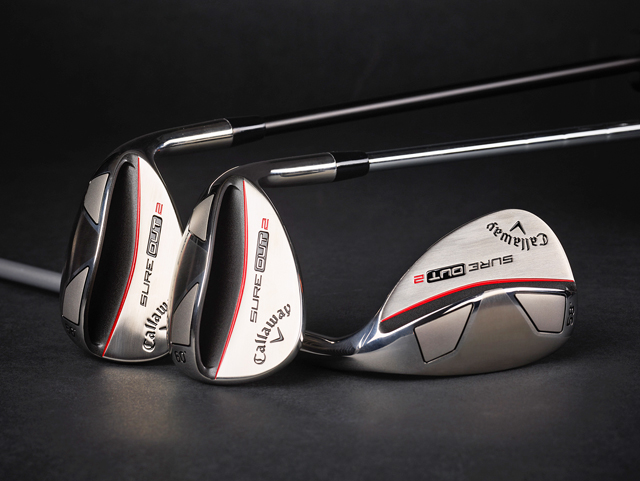 Sure Out 2
Last year Hank Haney worked with Callaway and came up with the Sure Out wedge, an easy to play design they have updated with the Sure Out 2. Meant for shots around the green from sand, fairway or rough, according to the company the new model makes it even easier for all golfers to hit and produce shots finishing close to the pin. They also point more relief has been added to the heel to accommodate a wider variety of shots. A full-face groove pattern and a Lamkin Step Down grip complete the package. Available April 12, the Sure Out 2 offers four lofts from 56° to 60° at $119.99 each. See the Callaway Golf web site for more details.

Gear at the Valero Texas Open:
Titleist Pro V1 and Pro V1x as happens each week won the ball count. Of the 144-man field 109 used one or the other out distancing second place Callaway with 14. The world’s largest golf equipment company could also could point to being the top choice in the driver category with 44 in play. Of those 28 were TS models 9 TS2, 28 TS3 and 2 TS4. They were also first in hybrids (20) and irons (40) plus Vokey wedges topped the approach, sand and lob wedge category with 197 and Scotty Cameron was the top choice in the putter category (55).

Conners wins Valero with PING:
Canadian Cory Conners in his second year on Tour had to Monday qualify but parlayed great approach shots with gutsy putting on Sunday into winning the Valero Texas Open, his first career victory. A member of the PING staff his G400 driver, fairway wood and hybrid are last year’s models while his iBlade irons were introduced in 2016. The complete list of Connors’ clubs:
Driver: Ping G400 LST (8.5°) – UST Mamiya Elements Gold 6F5 shaft