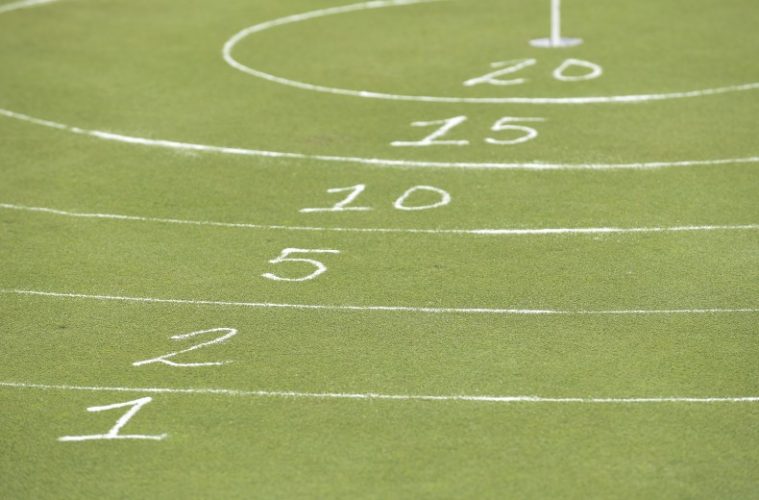 Nationwide Local Qualifying Returns May 1 AUGUSTA, Ga. – The USGA, Masters Tournament and PGA of America announced today that registration for 2021 -2022 Drive, Chip and Putt qualifying is now open on DriveChipandPutt.com.

Prioritizing the health and safety of participants and everyone involved, all qualifying events will follow protocols to mitigate the risk of COVID-19. These include wearing face coverings, social distancing and minimizing spectators; additional protocols are detailed on DriveChipandPutt.com.

“We are thrilled to be able to safely return to a full qualifying schedule this year for Drive, Chip and Putt,” said Mike Davis, CEO of the USGA. “The program continues to be an important vehicle to introduce and encourage junior participation in golf and serves as a foundation for their lifetime enjoyment of the game. We all benefit annually from watching these young players having fun in a game they love.”

“Drive, Chip and Putt is a fun, accessible way for boys and girls of all skill levels to enjoy playing the game, and we are excited to offer this opportunity once again for participants across the country,” said Fred Ridley, Chairman of Augusta National Golf Club and the Masters Tournament. “We appreciate the commitment of our partners at the USGA and PGA of America in our efforts to conduct this year’s qualifiers responsibly and provide a pathway for juniors to develop a lasting connection with golf.”

“Drive, Chip and Putt serves as a fun and engaging gateway to the game of golf for junior golfers across America to showcase their skills,” said PGA President Jim Richerson. “We’re proud of the PGA Professionals who will host these qualifying events, as Drive, Chip and Putt returns nationwide. Through a special partnership with the Masters Tournament and USGA, the PGA of America is excited to grow the game at the grassroots level through Drive, Chip and Putt.”

Drive, Chip and Putt is a free youth golf development initiative for junior golfers of all skill and ability levels, aimed at sparking a lifelong interest in the game. The initiative welcomes boys and girls, ages 7-15, to participate in local qualifying events in all 50 states throughout the months of May, June, July and August. Entrants will play in girls’ and boys’ divisions in four age categories, with scoring centered around golf’s three fundamental skills – driving, chipping and putting.

Top performers at the local level will advance through subregional and regional qualifiers in July/August and September/October, respectively. From these qualifiers, 80 finalists – 40 boys and 40 girls – will earn an invitation to compete in the National Finals at Augusta National Golf Club on Sunday, April 3, the eve of the 2022 Masters Tournament. Qualifiers are conducted by all 41 sections of the PGA of America across the country.

Local qualifying begins Saturday, May 1, 2021, at Miami Shores Golf Course in Troy, Ohio. The full breakdown and schedule of 2022 Drive, Chip and Putt qualifying is as follows:

Local (May/June/July/August): 330 host sites throughout all 50 states 3 juniors advance in each age/gender category from every venue

Subregional (July/August): 61 host sites in more than 30 states 2 juniors advance in each age/gender category from every venue

Regional (September/October): 10 host sites in 10 regions 1 junior advances in each age/gender category from every venue

The regional qualifying events in September and October of this year are set to take place at 10 host sites on the following dates:

The 2021 Drive, Chip and Putt National Finals, which were rescheduled from April 2020 due to COVID-19, will feature 80 junior golfers competing at Augusta National Golf Club on Sunday, April 4. Golf Channel will broadcast the event live across North and South America.