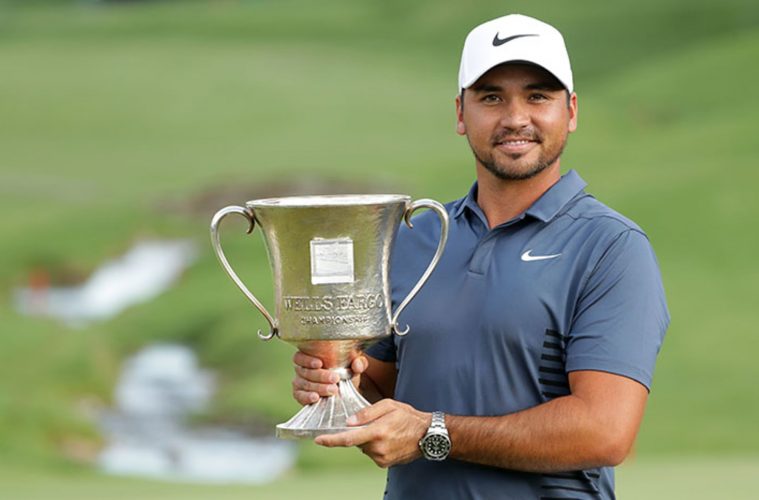 This past week, 12-time PGA Tour winner Jason Day joined the Jake Asman Show to discuss topics on his career in the PGA Tour, competing during the pandemic, cashing his first big check from his first Major win, and more!

Asman and Day begin their conversation talking about how unusual this past golf season has been due to the Coronavirus Pandemic. Asman asked what it has been like during the past few months competing out in the PGA Tour. Day said before the pandemic, they usually would head out on the course first thing Monday, but now with the pandemic, the PGA Tour is taking extra precautions. Golfers now have to plan ahead to get tested for Covid-19 and wait 2-4 hours to head out on the course. Day says this messes with his Mondays, but he is still thankful he has the opportunity to get out and play during the pandemic.

Staying on the topic of the pandemic, Asman asks Day what the strangest part was of playing in tournaments without spectators. We all know, spectators have always been a huge part of sports because they act as motivators to the athletes. Day agrees with this, saying spectators are a huge part of the golf experience. He explains that they bring a, “buzz in the air,” and without that buzz, it feels as though nothing is going on which brings about a strange feeling. Day says, he misses feeling that buzz to know who is in the lead along with all the emotions and adrenaline they bring on. He looks forward to getting them back in the upcoming season.

They move on to their next topic of starting at the bottom and working up to be an established champion. Asman asks what the transition is like from a nobody to a full established golfer. Day explains that climbing the ladder is just like any other job or hobby where it is just a learning process. He says it is mostly about becoming a better individual where over time you start to gain your confidence and keep working harder as things start to go your way. As if one major wasn’t enough, Jason Day is hungry for another and is going to come out with fire next season.

After being a 12-time champion, Asman asks Day what it was like seeing the big deposit from winning a major tournament. Day explained it was one of the coolest feelings being able to see how all of his hard work paid off. Click this link to hear the full conversation about Day winning his first big check! https://twitter.com/JakeAsman/status/1334148818363932676?s=20

One of the last topics the two covered was how learning of his mother’s diagnosis with Stage 4 Lung Cancer effected Day. He explained how he could feel his game was going downhill and that his mind was off the golf course. He also felt that it was difficult being out on the course when his mother was suffering. As a result, he wanted to make sure he could get his mom the best care she could get. Jason is now teamed up with AstraZeneca to encourage newly diagnosed Stage IV non-small cell lung cancer patients to ask their doctor about biomarker testing.

To listen to the full interview, click this link: https://audioboom.com/posts/7741453-12x-pga-tour-winner-jason-day-joins-the-jake-asman-show

All credit goes to The Jake Asman Show on SportsMap Radio