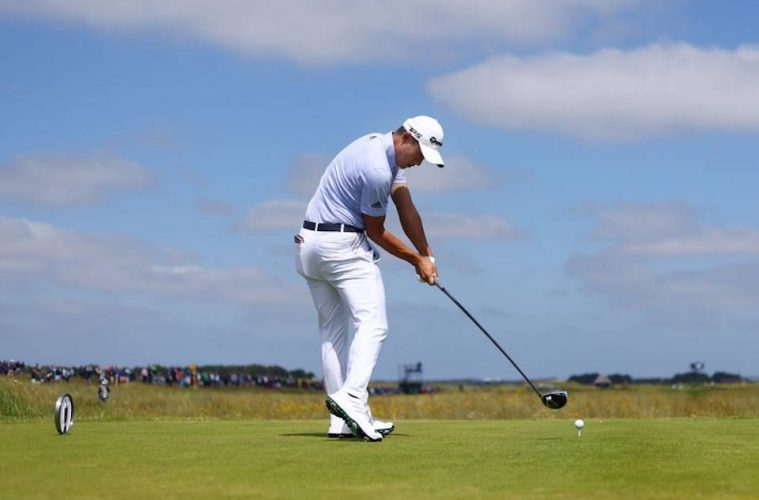 The Open Championship: Louie Oosthuizen Is the Man to Beat

Louie Oosthuizen Is the Man to Beat

Sandwich, England – The weather that is always the story mostly at The British Open has been the best anyone can remember, with temperatures toping out at 65-75 degrees and very sunny with no light winds and no hint of any rain through Sunday. This has opened up unprecedented scoring opportunities at this year’s event in the first two rounds with 49 players under par as of 6pm Friday. It is very unusual to say the least to see this kind of scoring and the possibility of records being broken, Henrik Stenson’s -20 score at Royal Troon in 2016 stands as the current all -time Major Championship Record! 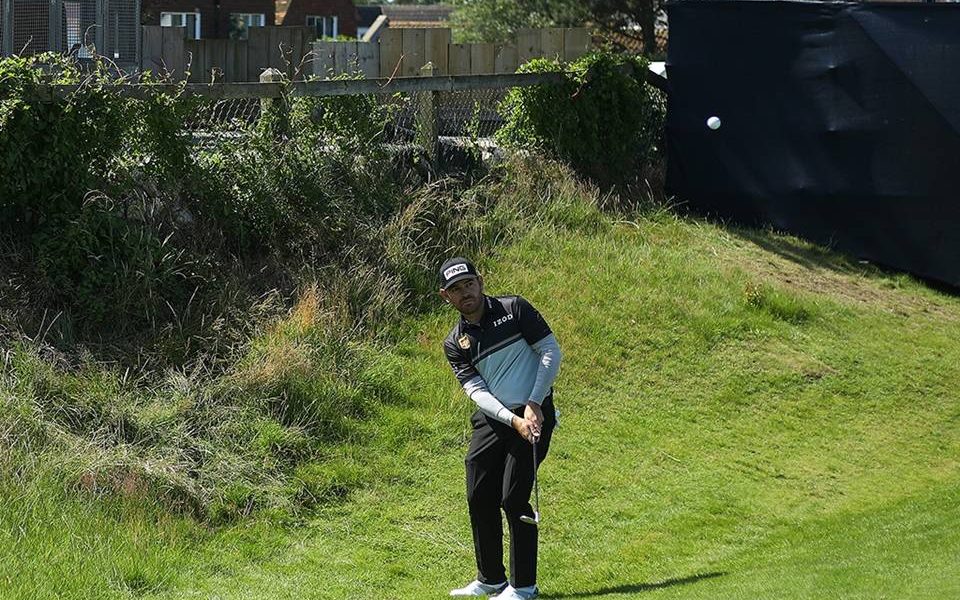 Louis Oosthuizen is on top of the leaderboard right now at -12 after a superb performance on Thursday in the opening round of 64, and -6 under today through 14 holes. Collin Morikawa is just 3 back after shooting 64 on today’s round and in the clubhouse at -9 after 36 holes. Closely behind Jordan Spieth has played back to form and was -5 in his first round and -3 today with 3 holes to play at -8 after an unfortunate bogie on 15. Paul Casey, Brooks Koepka, Dustin Johnson, are all back 7 shots from the lead at -5.

Crowds are very heavy for a Friday at the Open and expectations for the weekend are record crowds. With the amazing weather expected all weekend the conditions are considered balmy by all.

After Bryson DeChambeau fought the wind and bad drives that reached thick thatches of rough at Royal St. George’s, he ended day one with a sub-par performance of +1, the 2020 U.S. Open champion blamed his driver for his errant tee shots and then backtracked hours later after a rebuke from a Cobra official. On Tuesday Bryson said, this is the first time I’ve taken my length to links golf, the key is driving it in the fairway this week. No matter what, you’ve got to be in the fairway. If I get … into the hay, probably not going to have a good chance this week.” The poor start at Royal St. George’s continues a streak of also-ran finishes since winning his only major at Winged Foot. He tied for 34th in the Masters in November, for 46th in the Masters in April, for 38th at the PGA Championship and for 26th at the U.S. Open, where he briefly had a one-shot lead in the final round. He continues to struggle on his second round today.

Louie Oosthuizen is 40 years old and from South Africa and he won the 2010 Open Championship on The Old Course in St Andrews Scotland after shooting 16 under and winning by 7 strokes over Lee Westwood. He also holds the distinction of having finished runner-up in all four major championships: the 2012 Masters Tournament, the 2015 and 2021 U.S. Open, the 2015 Open Championship, and the PGA Championship in 2017 and 2021. He is one of eight golfers to accomplish this feat, joining Craig Wood, Jack Nicklaus, Arnold Palmer, Tom Watson, Greg Norman, Phil Mickelson, and Dustin Johnson. His highest placing on the Official World Golf Ranking is fourth, which he reached in January 2013.

The question the golfing world has at 7pm on Friday at the Open? Will Louie hold on to the Louie, Louie, Louie cheers from the friendly UK crowds and hold off all contenders through to Sunday. Let’s watch and See!