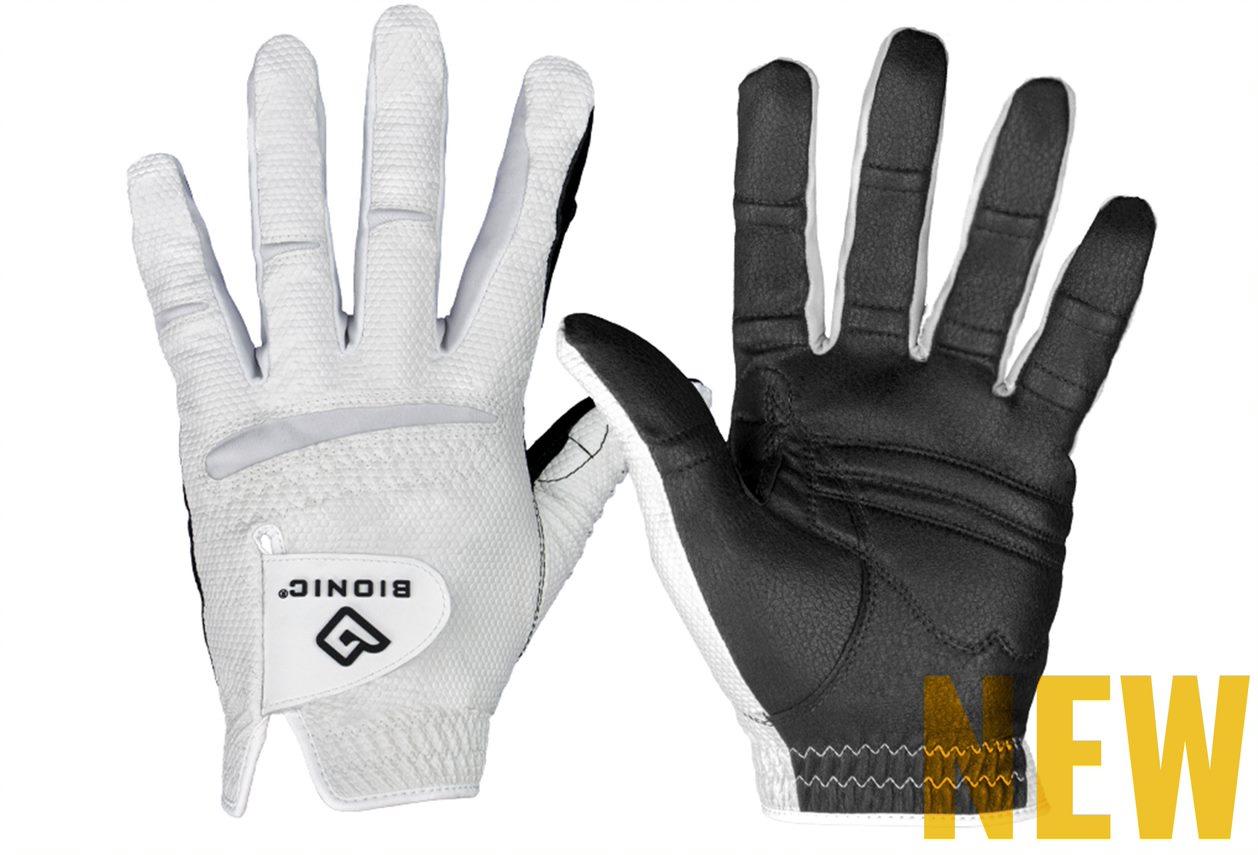 matt wardMay 17, 2019743 views
interviewNews0 Comments743 views 0
WHAT'S YOUR REACTION?
When the first round gets underway Thursday at 6:45 AM it will be Metropolitan New York section club professional Rob Labritz doing the honors off the 1st tee. Labritz is the face of the club professional — the 29,000 men and women — serving golfers at every type of club and course throughout America.
Although they don’t carry the “rock star” status of the top tier players known to all — it is Labritz and 19 other similar club professionals each showcasing through their participation this week the bedrock connection that lies at the heart of the PGA of America. The probability of a club professional hoisting the famed Wannamaker Trophy is indeed slim. But, the issue is not just about winning but demonstrating a zeal for competition, a vital connection forged at the local level and having a clear place on the grand stage this week at Bethpage.

The 47-year-old has been Director of Golf at Glen Arbor Golf Club in Bedford Hills, NY for 19 years. His participation in the field for the 101st PGA Championship at Bethpage marks the 6th time Labritz has qualified to play in golf’s 3rd oldest major. Rob’s best finish came in 2010 with a tie for 68th. Interestingly, Labritz has won the New York State Open all played at Bethpage Black in 2008, 2011 and 2016. A PGA member since 2000, Rob is married to wife Kerry and they have two children — a boy Matthias (16) and girl Ryan (5). They reside in Pound Ridge, New York. 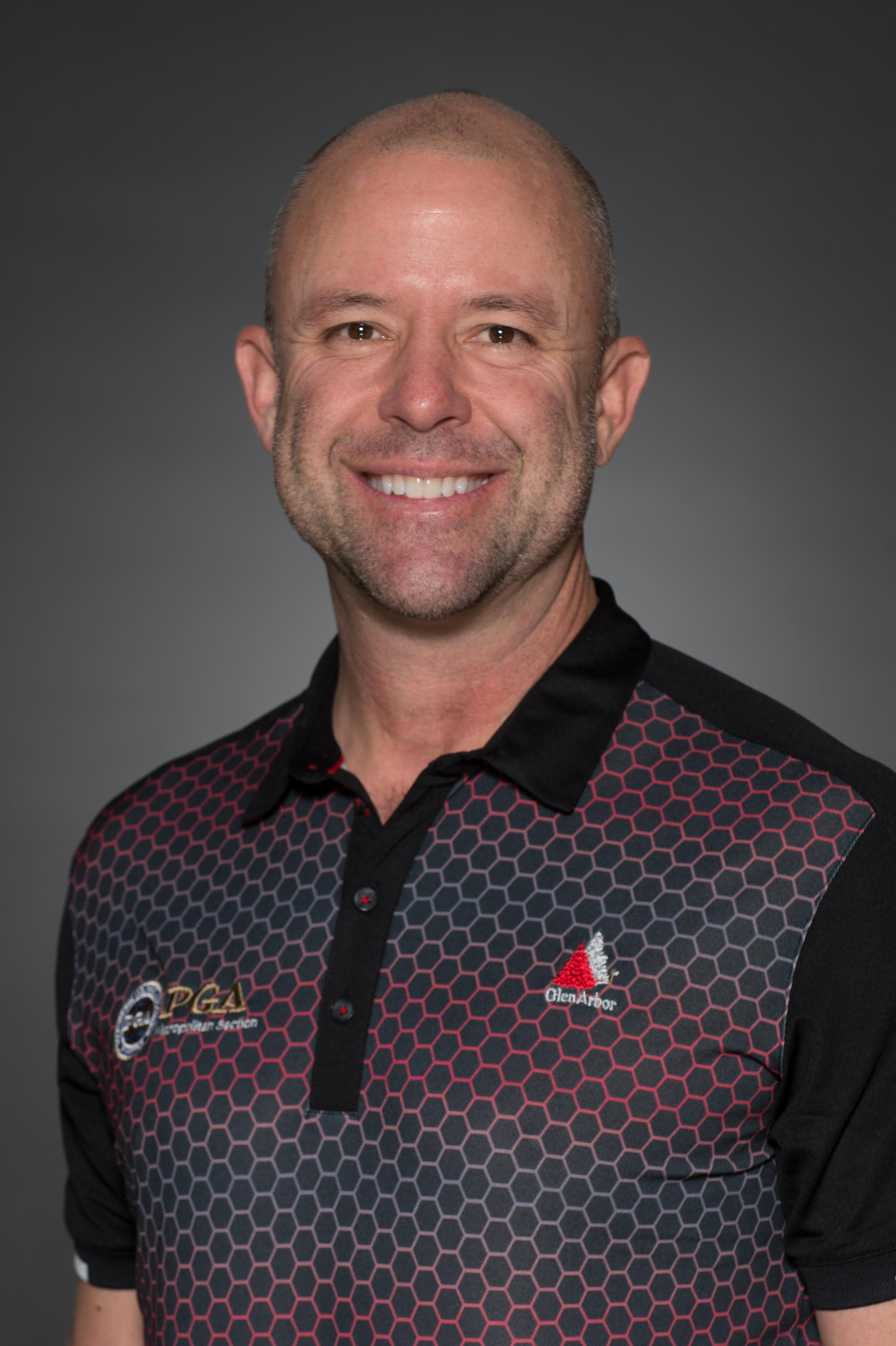 BLUFFTON, SC – April 25: Rob Labritz poses for a portrait during Player Registration for the 52nd PGA Professional Championship held at Belfair on April 25, 2019 in Bluffton, South Carolina. (Photo by Montana Pritchard/PGA of America)

Ever since the 2019 PGA Championship was announced, it has been one of my goals to be a part of this field. Many sacrifices have been made to obtain this stepping stone in my career. The PGA Professional Championship and the PGA Championship are the two pillars that drove me to become a PGA professional. I became a PGA member because I love golf and want everyone to enjoy it as much as I do.

These opportunities are extremely special and only available to PGA members. To have the ability to share the game of golf and compete at the highest level in the game on one of golf’s greatest tracks in my own back yard– let alone a public golf course which formed my roots when I was a kid– is the greatest experience. I grew up on public golf courses until I started working in the private golf arena.

You will be playing in your 6th PGA Championship this week at Bethpage — describe the feeling?

There are so many emotions all in one: excitement, pride, honor, fulfillment, happiness, thankfulness, thrills, pumped, jacked. I’m all of those.

Outline the balancing act you have to do in order to be active at the club level with your members and all related activities and at the same time being able to play golf at a high competitive level?

The day starts at 5 AM each day with a work out with my trainer. I then have a quick breakfast with my kids, get them on the bus and head to the club. I’m there usually until 7 or 8 PM to make sure the club is running efficiently and members and guests are having a good time. Then, taking care of my team, coaching my players and practicing takes up much of the day. After all that is done, I will head home to have dinner with my family and catch up on their day before we head to bed. Wash, rinse and repeat! 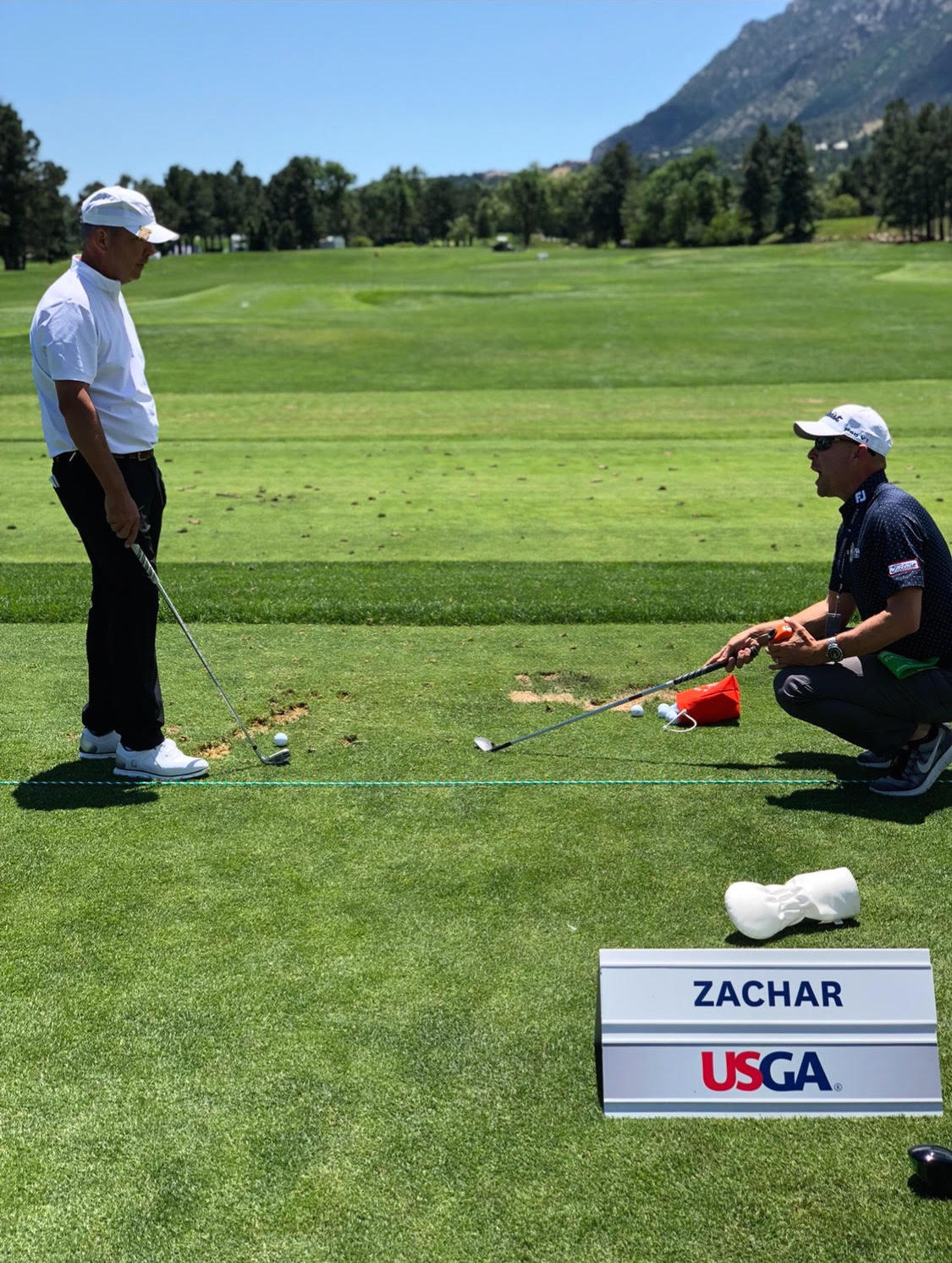 The PGA of America allocates 20 spots exclusively for club professionals to play in the PGA Championship. A number of people have questioned why so many are permitted to play in a major championship event. What’s your take?

What people need to understand is that this is the way of other tournaments as well. The US Open, The Open Championship some PGA Tour events through sponsors exemptions and qualifying. The PGA Championship is open to PGA members and the top players in the world. We hold 20 spots for our PGA Member club professionals. There were many more, but over the years we’ve traded them for other things. What’s great about the PGA Championship is that I understand that the top players in the world are the draw for the crowds and they provide the star power, but it’s also cool to root on a guy that you took a lesson from last week or who hosted you at golf course at one point. By the way, that same guy went through seven rounds of golf to earn a spot in the field.

There are 29,000 PGA members and 20 of us that dedicate our time to keep our game at a level where we can compete. With all of the other things we have to do as club professionals, it’s an impressive feat.

If a move were made by the leadership of the PGA of America to limit the number to a lesser number — say 10 or 15 — what would the reaction be from the rank and file membership?

I can’t speak for anyone else but personally I would be extremely disappointed, but it wouldn’t stop me from doing what I love as a PGA professional in the game of golf. It would just be that much harder to qualify for the PGA Championship. I think 20 is a great number and hope it does not diminish over the years. 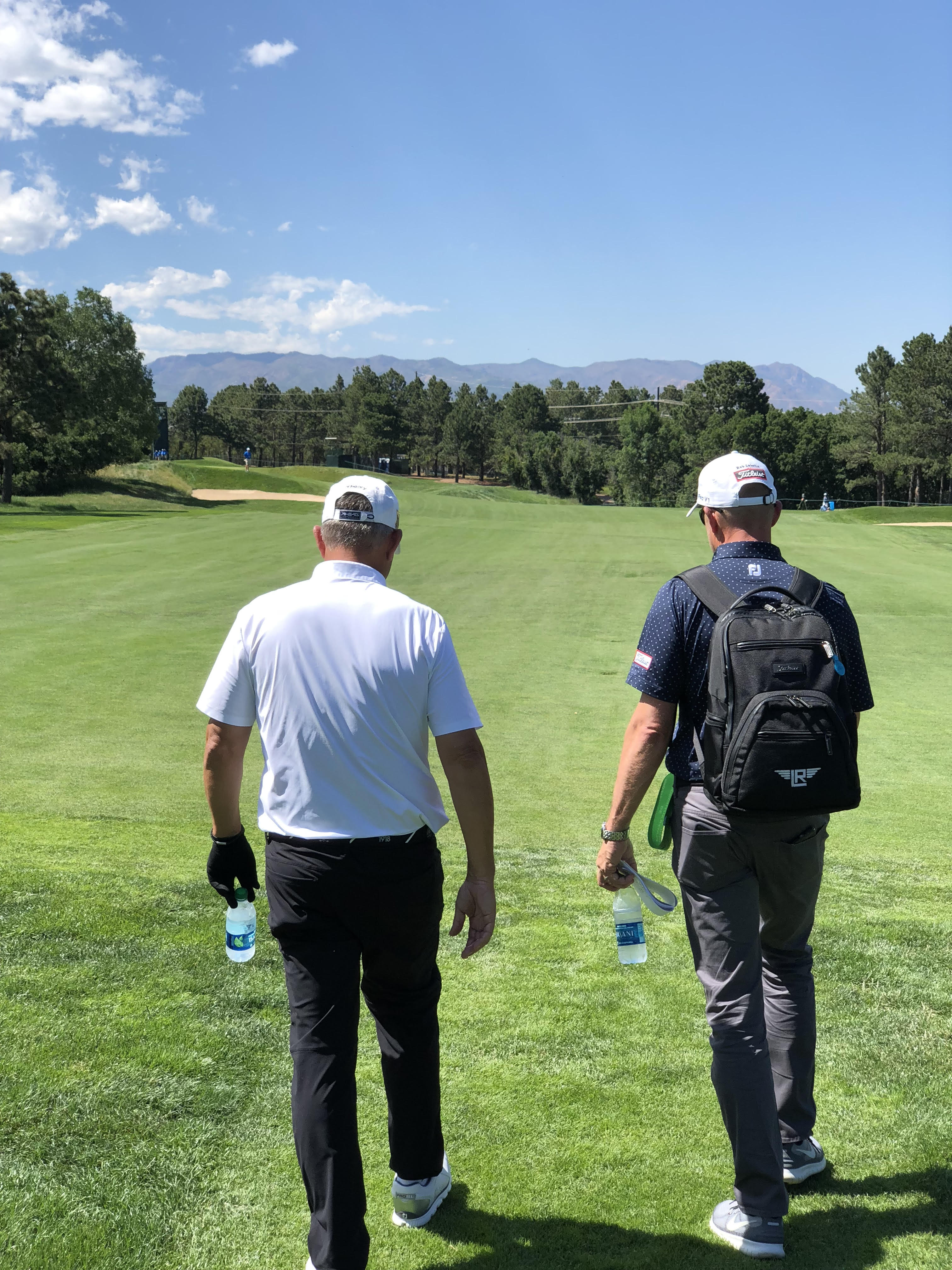 You’ve had a good amount of success in playing at Bethpage Black over the years — winning three NY State Open titles there. What makes the Black so compelling when compared to other courses you’ve played that have hosted the PGA Championship?

The Black is pure golf. You must control your ball with much length. It’s a fair, tough, and beautiful golf course. And its public which makes it so much cooler because everyone that has played it before can relate to the tournament and the players competing.

Seth Waugh assumed the role of CEO of the PGA of America in September 2018. What’s your take in his new role and do you see a meaningful connection happening under his watch regarding the day-to-day needs of the 28,000 members of the association?

I’ve had the pleasure to meet Seth and walk with him as he caddied for his son Clancy last year when we were paired together in the New York State Open on the Black. Seth is just so nice and easy to talk to. He has a great way about him. He’s obviously a great representative of the PGA of America. He’s so close to the game and such an avid golfer himself. With his extensive background in the financial world and his ethics, he’s a perfect fit to be the CEO of the PGA of America. 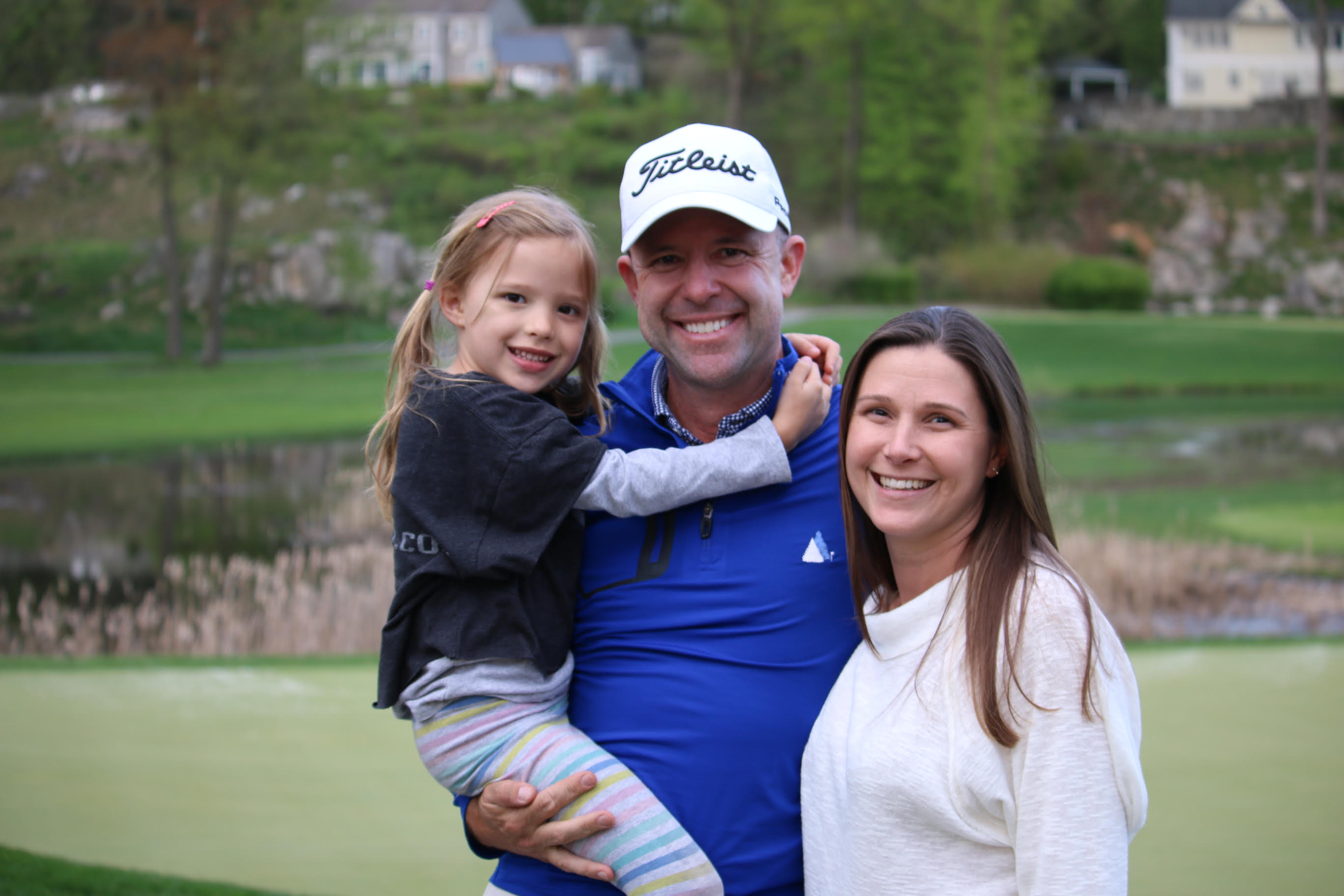 Prioritizing time as you get ready to compete will be a major issue — what have you learned from past times when playing in the PGA Championship?

Just keep doing what I’m doing and not change anything. I am trusting the process that got me here and enjoying the ride.

The major golf organizations — PGA of America, USGA, R&A, PGA Tour, LPGA — are all seeking ways to attract new players to the game. The most needed are Millennials, women and minorities. If you were counseling them — what would you be advise be done given your role as an active head professional?

Golf is a very simple game, but can be very difficult if started on the wrong foot. Proper introduction to the game is paramount. One should learn golf from the hole backwards to the tee to make it easier and more enjoyable. It should also be offered as just a few holes at a time instead of only 9 or 18 holes to allow the less-skilled golfer a chance to play while not taking up an entire day. I hear the length of time the game takes is too much for many beginners to handle. 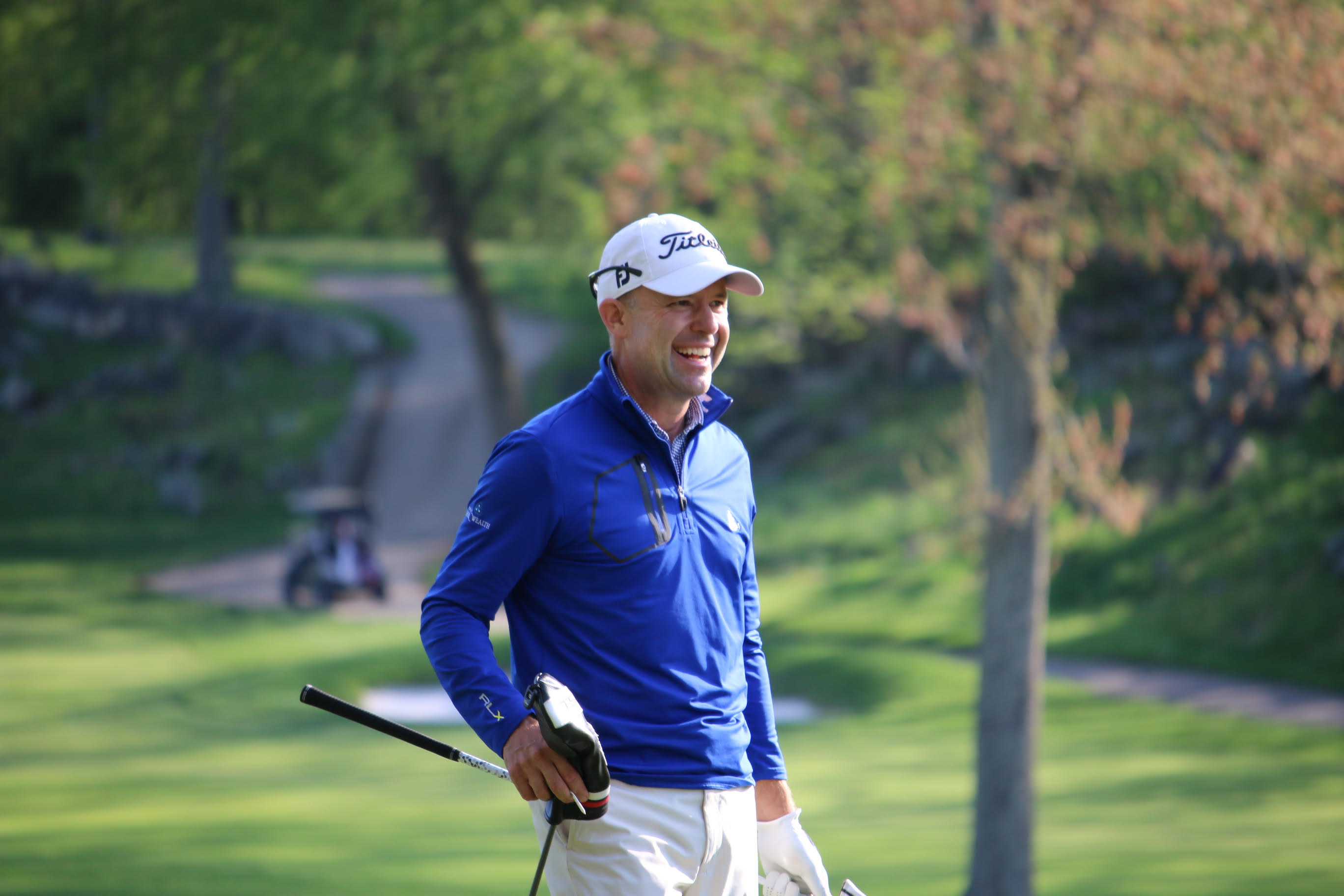 Whether a golfer is playing a public, resort, private or semi-private course, I would allow them to play only the number of holes — and pay for just those holes — that they wanted to play that day. I don’t like that nine or 18 holes is the only option.

One of my members, Robbie Risman gave me a great bottle of wine after I qualified for my first PGA Championship in 2002 with a note attached that read, “Enjoy every second of what you have accomplished but make sure you stop and look around every few moments and take it in! Life moves very fast and you have to truly look around and enjoy!”

For more info on the 101st PGA Championship go to: