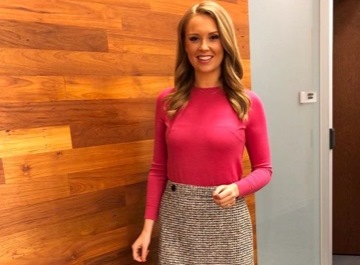 As we celebrate the return of golf, why not look to one of the best newcomers to American golf television. Anna Whiteley, a native of England, recently joined GOLF Channel’s Morning Drive and has brought a unique charm and perspective to the program. 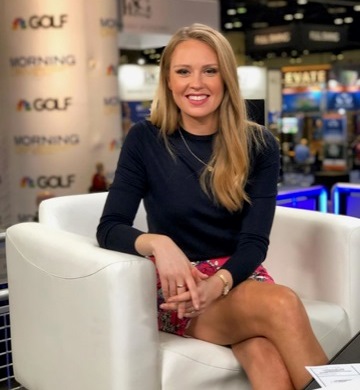 “It’s been a genuine hoot,” says the 31 year-old Whiteley, who has relocated from London to GOLF Channel headquarters in Orlando, FL. “Probably the biggest change for me has been getting up so early in the morning.

“That’s been quite the transition and you really don’t know what a change it is until you do it, but it has been worth it. When this opportunity came around, I had to do it. My family has been so supportive and I love it.”

Her new Morning Drive gig is a literal eye-opener. “I’ve never seen so many people so happy to be somewhere at 4am,” jokes Whiteley.

“It’s amazing how well people all work together on the show. Everyone is so happy. Doing a daily news program like this is truly a 24-hour job, but we all bond with a sense of humor. I think it’s that great English/American combo that makes it work.” 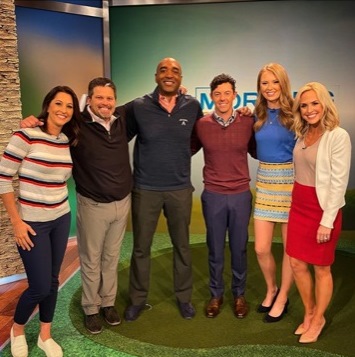 Co-hosts Robert Damron, Damon Hack, Lauren Thompson, and Paige Mackenzie join Whiteley, providing an entertaining and diverse mix of perspectives on the game. Whiteley relates, “I always wanted to have media career in sports. I also play tennis and lacrosse, but it was always my dream to cover golf.”

This dream and Whiteley’s love of the game began at home in Cambridge, England. She explains, “I come from a golf family. On holidays, I didn’t want to go shopping. I played golf with my dad and brother. Even today, I am so grateful for the time I have to play golf and be with my family.”

These days, time is at a premium in Whiteley’s busy life. “Right now, it is all about Morning Drive. You can’t just wake up at 4am and do a show like this.

“After each show, we work with our producers to build segments for the next show. We do a lot of show prep, but don’t pre-plan too much. We like to keep the discussion spontaneous.”

GOLF Channel executive vice president, content and executive producer Molly Solomon is pleased with Anna’s contributions to the show stating, “I’ve long been a fan of her work, and she has been a welcome addition. Her vast golf knowledge allows for insightful discussions with fellow co-hosts.” 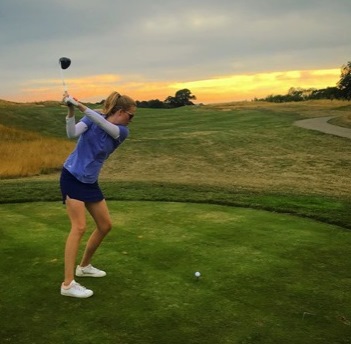 So, with a bustling television career, how often does Whiteley get to play golf? “Not as much as I’d like,” she quickly responds. “Weekday golf is not going to happen, but I try to get out and play at Grand Lakes here in Orlando Saturday mornings.

“I am not as competitive as I used to be. The game got me so angry at times, I needed to settle down and enjoy it more.”

In the competitive world of golf media, Whiteley has reached her audience with a strong multi-platform social media presence. She relates, “The power of social media has become quite phenomenal in the last four to five years. It is really important. Our show recognizes this. I even ask and answer viewers’ questions between breaks.”

A true international golfer, Whiteley marvels at the Alps course settings in Crans-Montana, Switzerland, the coastal sights of Kingsbarns in Scotland, and the panoramic ocean views at Old Head Links in Ireland.

It is this intercontinental flair that makes Whiteley such a bright and engaging host and commentator on Morning Drive. She talks about the comparisons between the American and European game.

“The Brits and Europeans are proud of the European Tour. This is really the point of what makes the Ryder Cup so popular.

“I think the U.S. is ten times more golf crazy, fueled by the popularity of Tiger Woods. The number of fans at events is phenomenal. Both the American and European games are traditionalists – old school golf fans.” 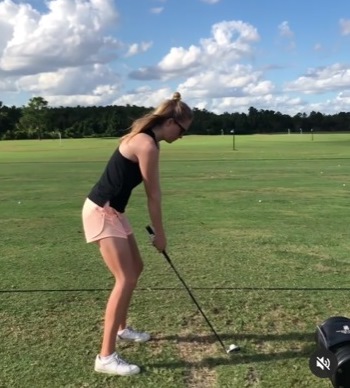 The COVID-19 pandemic has compromised the 2020 PGA Tour season, but Whiteley offers some of her top stories to watch for as play resumes. “The Brooks Koepka/Rory McIlroy rivalry is so intriguing.

“I also look forward to seeing if Jordan Speith can get out of his predicted demise. It is stories like these that really pique my interest and make golf so great.”