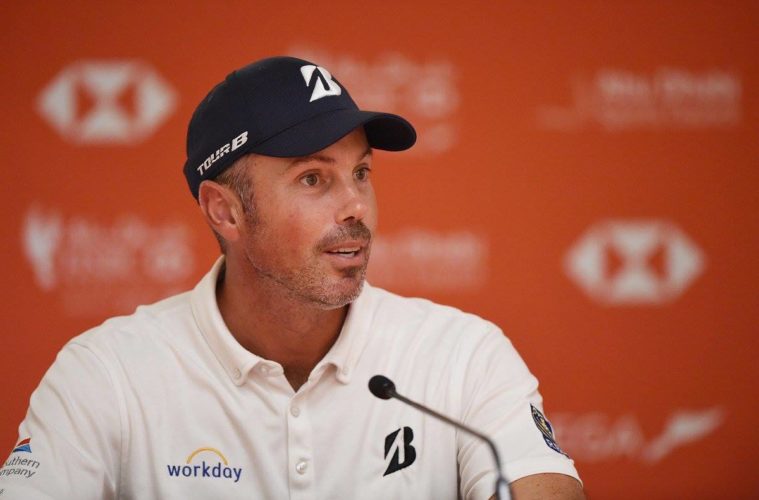 “Mooch” or “Kooch”? How Kuchar lost his way and can regain his senses?

matt wardFebruary 20, 201984 views
News0 Comments84 views 0
WHAT'S YOUR REACTION?
ANALYSIS —
The Matt Kuchar debacle that reached its culmination with last week’s Genesis Open is a clear situation on how to prolong a matter that should have been resolved weeks ago. The main issue is how a professional — thought highly of by peers and the golf public at-large — would behave in such a dimwit manner and thereby cause his standing to take a considerable hit to the good will built over many years.

As most golf fans are likely aware, Kuchar had to backpedal from earlier comments concerning the underpayment made to a substitute caddie employed while wining the Mayakoba Golf Classic in Cancun, Mexico, last November.  Kuchar took home a winner’s check of $1,296 million and paid his caddie, David Giral Ortiz, the amount they agreed upon for a top ten finish ($4,000) and an additional $1,000 on top of that equaling $5,000. Keep in mind, the amount Ortiz received represents a 0.38 percent of the amount Kuchar received.

When word leaked out about the miserly amount Kuchar had paid you would think his agent Mark Steinberg — the same guy who represents Tiger Woods — would have pulled aside Matt and indicated to him that paying Ortiz the figure of $50,000 which Ortiz had wanted — would have placed the issue on the back burner once and for all. That did not happen. Instead Kuchar double-downed and hurled a number of stunning comments. “For a guy who makes 200 a day, (the amount Ortiz generally makes when caddying at host course El Camaleon) a 5000 dollar week is a really big week.” In addition, Kuchar went further to say he did not lose any sleep concerning the matter.

Kuchar joined the PGA Tour in 2002 and has won nine times on the circuit. His triumph in Mexico was his first since early in 2014. This is a guy 10th on the career money winning list with nearly $47 million in earnings. He’s also a golfer who has built a fan-friendly reputation — always smiling — always carrying himself well on and off the course. Who can forget Kuchar’s behavior when narrowly losing the ’16 Open Championship to Jordan Spieth and still smiling — ever the gentleman.

When Kuchar made a putt of any significant length the endearing cries of “Kooch” echoed throughout the grounds. Until this incident, Kuchar had displayed the decorum of top tier professional and one fans enjoyed rooting for.

There are few mortal sins in professional golf. At the top of the list is willful cheating. Such actions can terminate one’s career and even if not proven the mere hint can seed lingering doubt — see what happened with Vijay Singh and Colin Montgomerie as two examples.

Being cheap is not on the same level as cheating but it’s an indictment on those making such staggering sums of money on how utterly clueless they can be when their actions are viewed closely.  Ortiz made it plan he did not expect to receive the generally awarded 10% figure of a total purse when a player wins an event. “He treated me very well. I am only disappointed by how it all finished,” said Ortiz.

Even after leaving Mexico and before the social media buzz became a tidal wave of negative comments, Kuchar could easily have nipped in the bud this entire matter. The issue with crisis communications — something Kuchard and his agent Steinberg showed glaring stupidity — is that the longer the matter goes on the worse it gets. Adding verbal darts only inflamed the situation and highlighted the insensitivity of Kuchar and the inane counsel recommended by Steinberg.

In all likelihood the smarts of the PGA Tour — through Commissioner Jay Monahan — realized giving Kuchar some sound advice would push this issue off to the side where it should have been weeks ago. For if there’s one thing the Tour realizes it’s redirecting media attention away from side issues that only diverts attention from their weekly event and the sponsors ponying up the money to do so.

The only real question is whether Kuchar added the $50,000 Ortiz because he truly believes his earlier actions were grossly mistken or he is simply doing it now because he realizes his self interest tied to his endorsements such as Skechers could be at-risk if nothing was done. I personally hope it’s the former.

Without being overly cynical — credit Kuchar for admitting his failure belatedly, apologizing, and agreeing to pay Ortiz the requested $50,000. Matt also donated an unspecified amount to local Cancun charities, and, in his own comments, regretted how his actions would impact the sponsor for the Mexico event. For the PGA Tour the actions taken bring closure to the matter.

Interestingly, the Tour will be in Mexico City this week with the WGC Mexico Championship. Kuchar is in the field and it’s highly likely he will be hearing from those attending. When walking the fairways at Riviera, Kuchar heard the verbal slings. You can be sure in the country’s largest city those attending will work their vocal chords in reminding him how one of their countryman was embarrassed through his actions.

What awaits Kuchar for the long term?

Hard to say. If the media and public could push aside the mega infidelity scandal Tiger Woods caused a number of years ago and what Phil Mickelson faced with his insider trading fiasco — then it’s certainly possible Kuchar can do likewise. But, that journey will be a long one. The entire episode did one good thing — shine considerable light on what caddies get paid. There’s no question players hit the shots but caddies, at the opportune moment, stabilize a player in free fall and can push him through to victory. 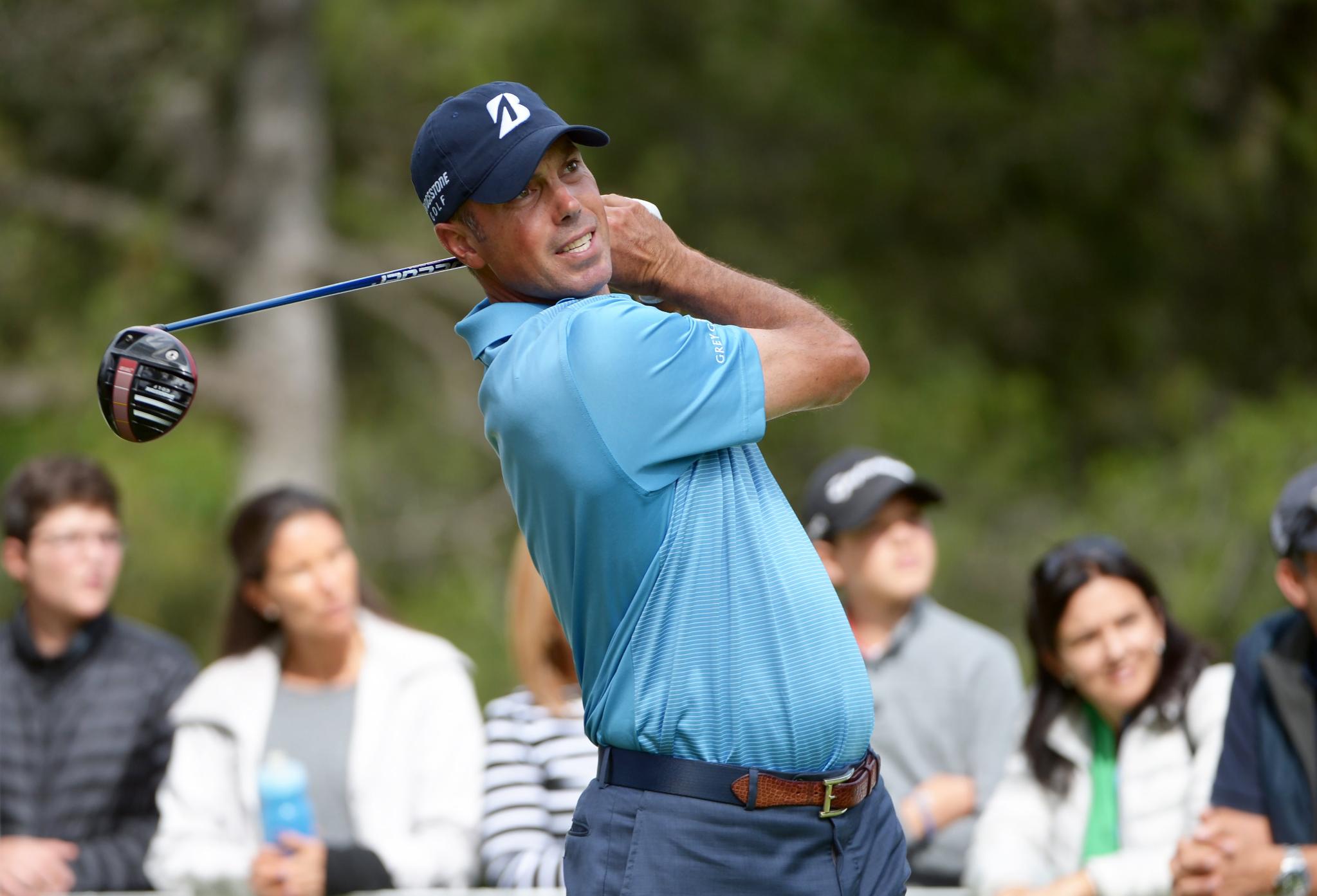 For Kuchar and other players the lessons to learn from this are rather straightforward. When in a situation that clearly calls into question your actions — cut your losses and work towards a meaningful and fast corrective game plan. Mistakes are human — denial is simply corrosive. Digging one’s heels and then broadcasting to the world how you are the victim only exacerbates the matter and when said and done only doubles or triples the massive riptide of pushback you’ll encounter.

Kuchar is not the first player to stiff a caddie. It’s been said Tiger Woods has a bad case of alligator arms too. Caddies understand they are only one round away from being sacked and there are numerous instances where the chemistry between player and caddie may have worn out its welcome. That’s part and parcel of the job description. But, handling things requires a deft touch and it’s one Kuchar fumbled badly.

The Mexico City event will be the first part of that healing process. Kuchar will be tested to not react to the slings and arrows he may encounter when playing there. People do make mistakes and forgiveness can be applied when true acknowledgement is tendered. But for Matt the need to replace the “mooch” with the “kooch” is now up to him.