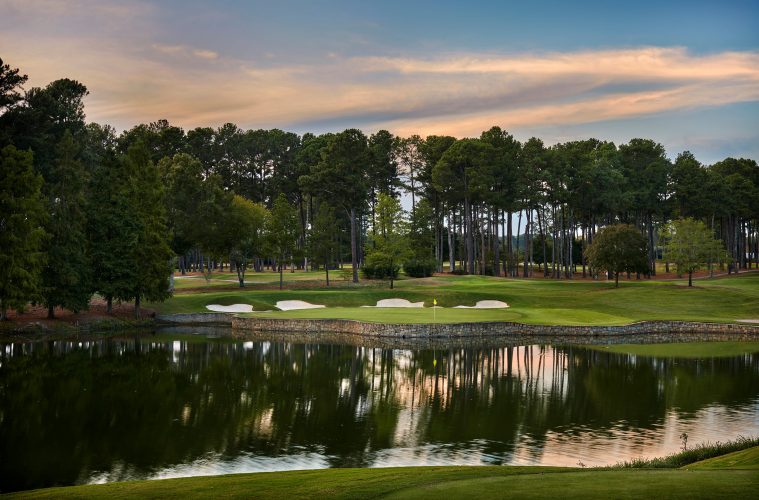 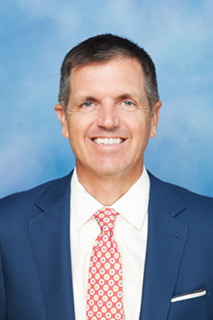 Atlanta Athletic Club is known nationally and internationally for its outstanding facilities, as well as being chosen as a Platinum Club every year by the Club Leaders Forum. The two Championship 18-hole golf courses, nine-hole par 3 course, 42,000 sq. ft. fitness center, outdoor clay courts and indoor tennis facility, Olympic-sized pool and the magnificent dining facilities and family-focused special events make up a vibrant hub of activity that offers members, their families and guests an unsurpassed athletic, recreational and social experience.

The charter as a private club date back to 1898 when a group of young businessmen were looking for a place to enjoy indoor and outdoor athletics with their associates and friends. The original downtown city club was located on Edgewood Avenue and through the ages twice outgrew its space and relocated.

The Club added a golf course and country club at East Lake in 1915 and moved to the present Johns Creek location in the late 1960s. The great golfers, Bobby Jones and Alexa Stirling, grew up playing golf at the Atlanta Athletic Club’s East Lake Country Club, built in 1906. Bobby Jones became the world’s most famous amateur golfer and his career culminated with the Grand Slam of Golf in 1930. Alexa Stirling won three U.S. Women’s Amateur Championships; a feat only achieved by seven women golfers.

The Atlanta Athletic Club hosted the 2021 KPMG Women’s PGA Championship, and we are scheduled to host the 2026 Southern Amateur Championship. We continue to work with the USGA and PGA to host additional future championships.

Why the need to update the Riverside Course?

The infrastructure of the Riverside was nearly 20 years old and all of it needed to be replaced and or updated. Once we began to look at that scope of work it became very apparent, we had an opportunity to update the design and strategy of the course to fit memberships’ current needs.

Was there something amiss that prompted the action taken?

One other issue that prompted the renovation, besides the need to rebuild the bunkers and update the infrastructure, was the change in the weather pattern we have seen over the past four years in Johns Creek. We are experiencing more rain than in the past, and we will be adding much more subsurface drainage and creating surface drainage in the fairways to help direct the water off the fairways into non-playing areas of the course. 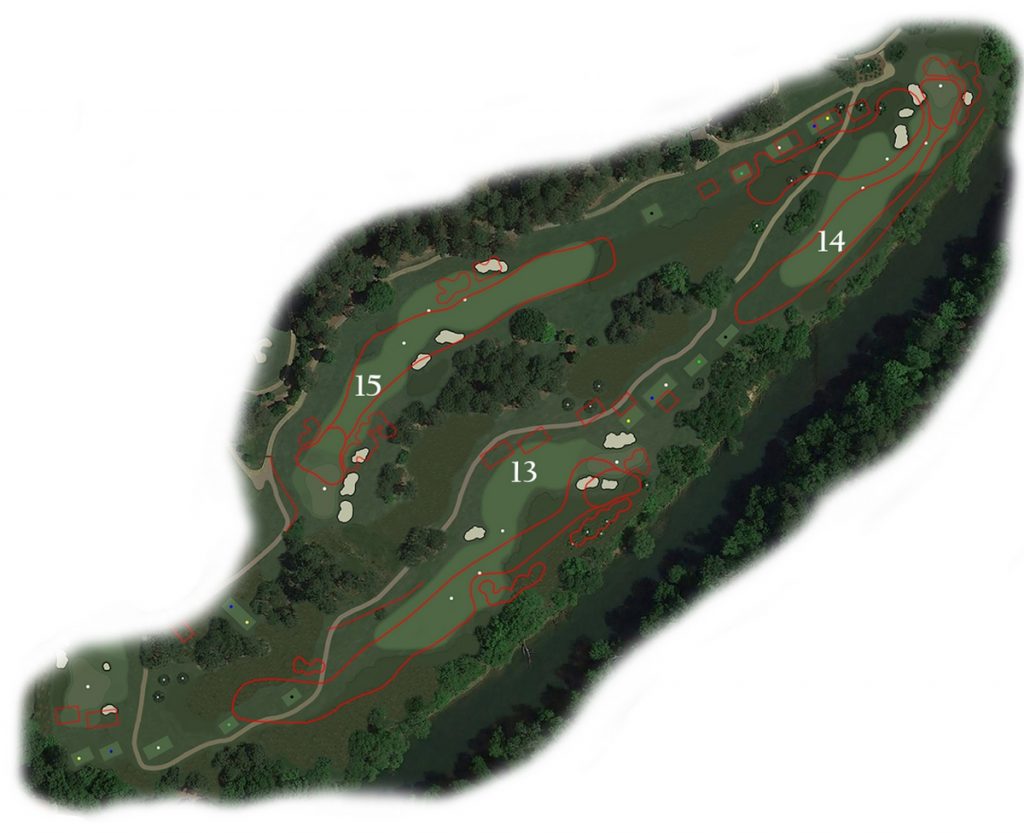 How extensive was the process in determining which architect would be hired?

Over a 6-month period we vetted nearly 30 potential golf course architects, narrowing it down to six for on-site interviews and presentations. Countless hours were spent by our Renovation Committee members and key leadership of the club during the interview process, presentations and follow-up site visits.

What was the tipping point in hiring Tripp Davis?

For Tripp there was an instant connection with his roots being here in Atlanta, coupled with his stellar amateur career that ties in seamlessly with the history of AAC and Bobby Jones.

But the tipping point was his engagement with the renovation committee while communicating his attention for detail and commitment to be on site for much of the project.

The timetable for completion is when? 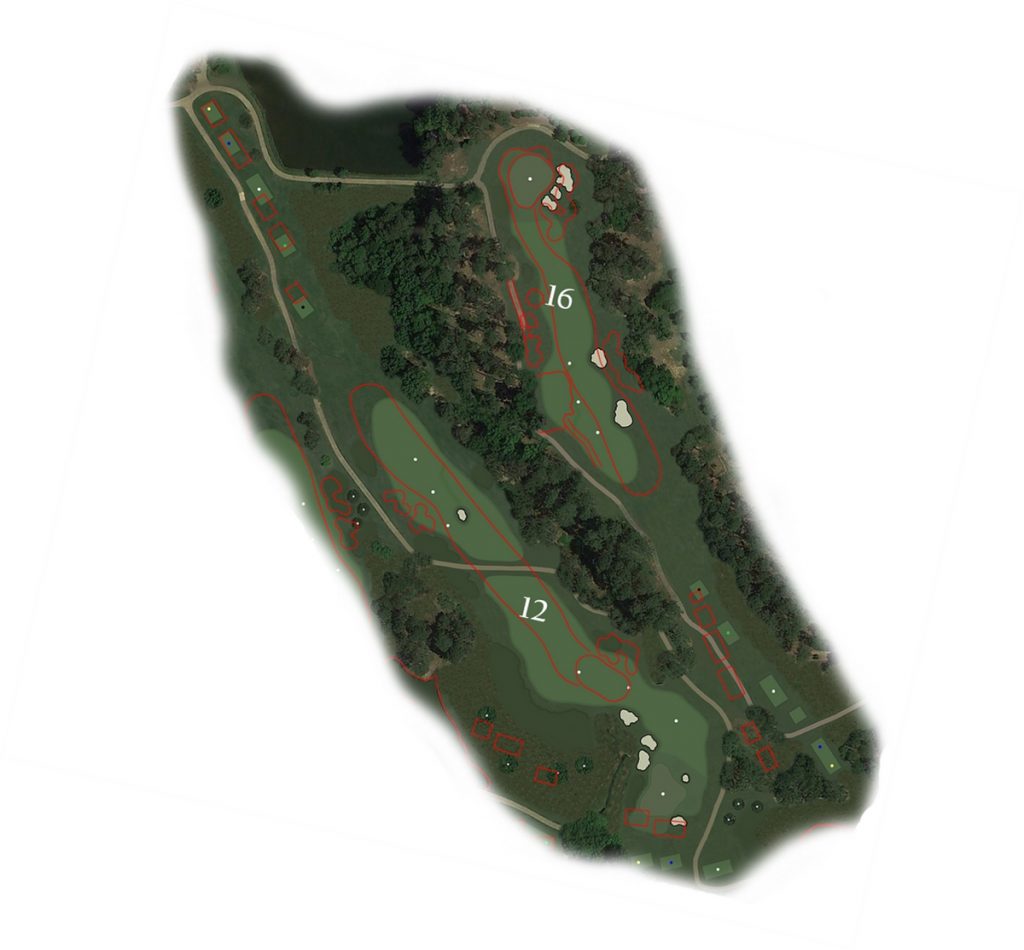 What steps has the club taken in keeping its membership informed throughout the process?

Thorough and consistent communication of all forms has been key. From early on, we held town hall meetings with Tripp reviewing preliminary plans, plus numerous emails, videos and coming soon, tours of the in-progress project.

The club last hosted the U.S. Open in 1976 — is there a desire to host the national championship of American golf again?

It is in our mission statement to continue to host championships at Atlanta Athletic Club and over time we intend to continue that tradition. We are hopeful that the new Riverside Course design will attract a national championship in the future.

What impact has the pandemic caused and how do you see that impacting your time table for work to be carried out on the Riverside Course?

Supply chain issues, skyrocketing prices and labor shortages are all real hurdles in getting this project complete. But we have navigated these things quite well thus far, first by pre-purchasing most of the materials as early as March 2021 and by taking delivery ASAP.

That same early purchasing helped us be ahead of some of the larger price increases this past year. Lastly, partnering with the best golf course contractor in the industry has helped with the labor issues everyone is facing. 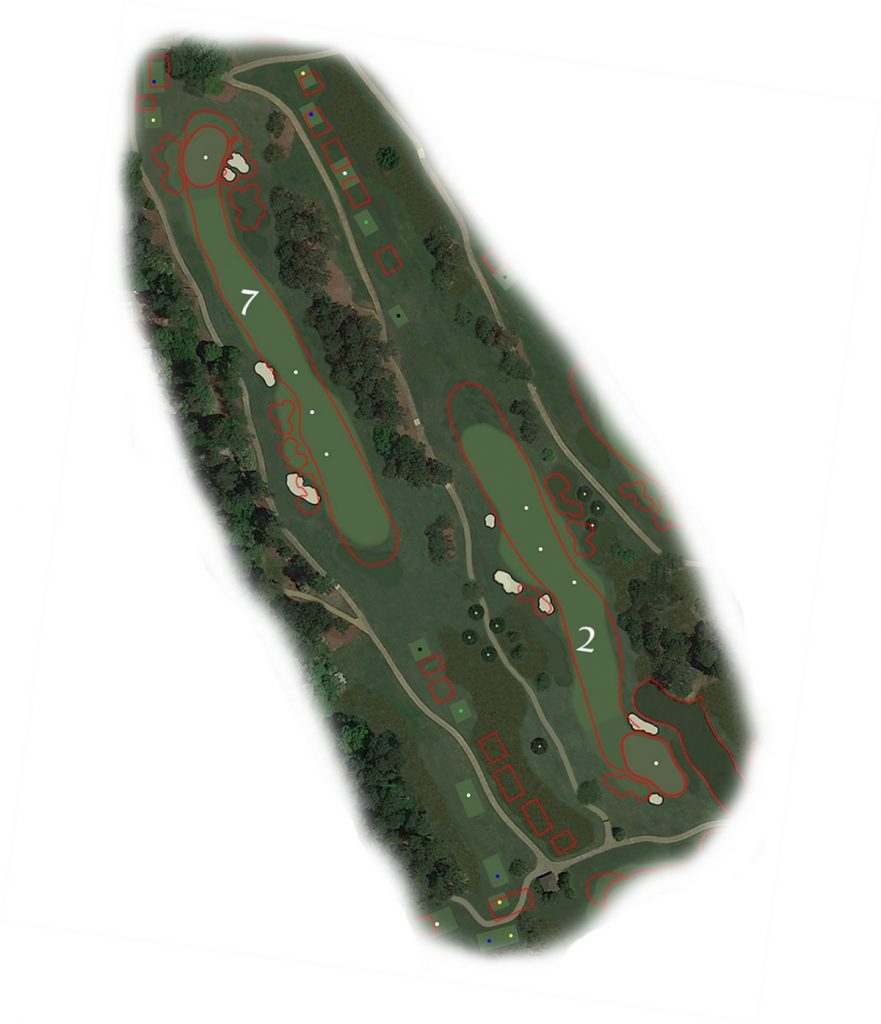 The pandemic has seen a surge in those playing golf. How much have total rounds risen at AAC and what are you forecasting for the remainder of ’22?

Due to the Riverside Course renovation impacting 2022, I would refer to our total rounds for both golf courses before the pandemic and after the pandemic in 2021.

We experienced a 15.5% increase in golf rounds in 2021, this increase occurred over an 11-month period as the courses were closed or had limited golf rounds at the beginning of the pandemic in April and May.

Bob Jones was a member of AAC – what do you think he would say if alive today given how the club has matured and its broader involvement in hosting key golf events?

Mr. Bob Jones would be very proud of how Atlanta Athletic Club has continued to host key golf championships for professionals and amateurs.

I believe that he would be very supportive of the AAC’s efforts to continue to host major championships in the future.