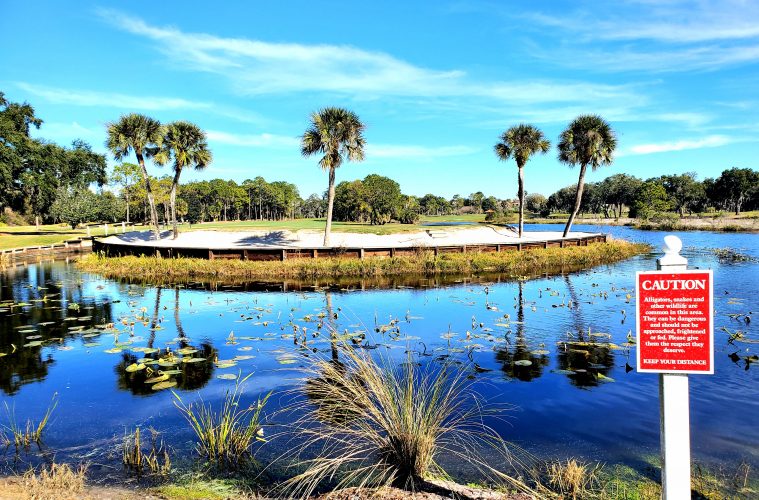 Orlando is busy with Disney and entertainment galore but 35 minutes away is a real retreat away from the hustle and bustle – Mission Inn at Howey in the Hills. William Howey came in the early 1900s calling it the Alps of Florida for the elevation. He had a mission to create the largest citrus empire in the world and a grove remains across from Mission Inn. In the twenties he constructed a hotel, commissioned the golf course that is now called El Campeon and the town was named after him, Howey in the Hills. His citrus empire collapsed after the great depression and the Beucher family purchased the property in 1964. Generations later they will soon celebrate 60 years. Many of the staff are long termers as well and evidently happy.  While personnel at many places seem disgruntled working, the Mission Inn folks display enthusiasm while interacting with people from all over the world. And why not? They have an incredible “office.” 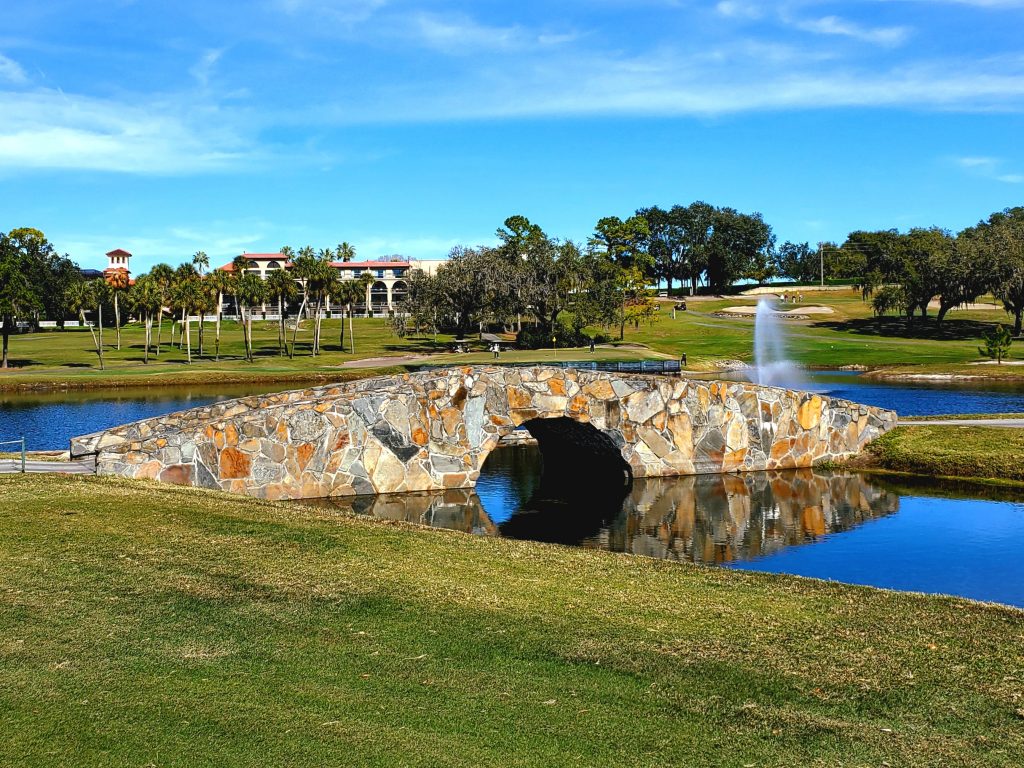 El Campeon begins with typical Floridian holes and then comes to life with ascension and descension over the hills. Howey’s description of the alps is a stretch but the elevation changes of up to 80 feet is a welcome distinction in Florida and one reason it always makes the top 25 list of courses. Multiple fairways wrap around and flow to the focal point of the course which is a large lake with a fountain and bridges to other waterways. Gators sun themselves on the lakeshores including Thumper, the granddaddy who lost a leg in a disagreement during mating season. Warning signs about gators and wildlife give them the distance and respect they deserve. Towering trees are laced with Spanish moss and roses and azaleas line tee box areas. Topless trees called snags are left for birds to roost and birds of every ilk take advantage of the habitat.

El Campeon welcomed the ‘21 LPGA event when other courses were hesitant to host. The Beuchers said, “We’ll take it.” The Symetra Tour has extended a three-year contract while group sales, meetings and tournament business are robust. During the pandemic months of shut down, the Mission Inn embraced an accelerated recovery plan according to Roy Schindele. They took advantage of down time and made improvements like sanding the bar at La Margarita Lounge where we watched the Rams take down the Bucs in nearby Tampa Bay. Melissa helped us navigate the menu to our preferred cocktails and mahi sandwich.

Roy Schindele came from the position of Director of Sales and Marketing for Arnold Palmer at Bay Hill and shared that the Beucher family is “Palmeresque,” kind and devoted. It’s why so many of the staff are long timers and why he joined the team. Now he says they “have a lot going on, from PGA Qualifiers for the US Open, Makenzie & Latino American Tours. In May we host an LPGA event Mission Inn Resort & Club Championship, NCAA and Florida State championships and so much more!!!”

While El Campeon, meaning Champion is the signature course, Las Colinas is another Florida favorite originally designed by Gary Koch and renovated by Ron Garl. The practice areas at Mission Inn are impressive and so is the training program now headed by LPGA Teaching Hall of Famer, Kay McMahon. Guests may sign up for their golf “Edukaytion”. 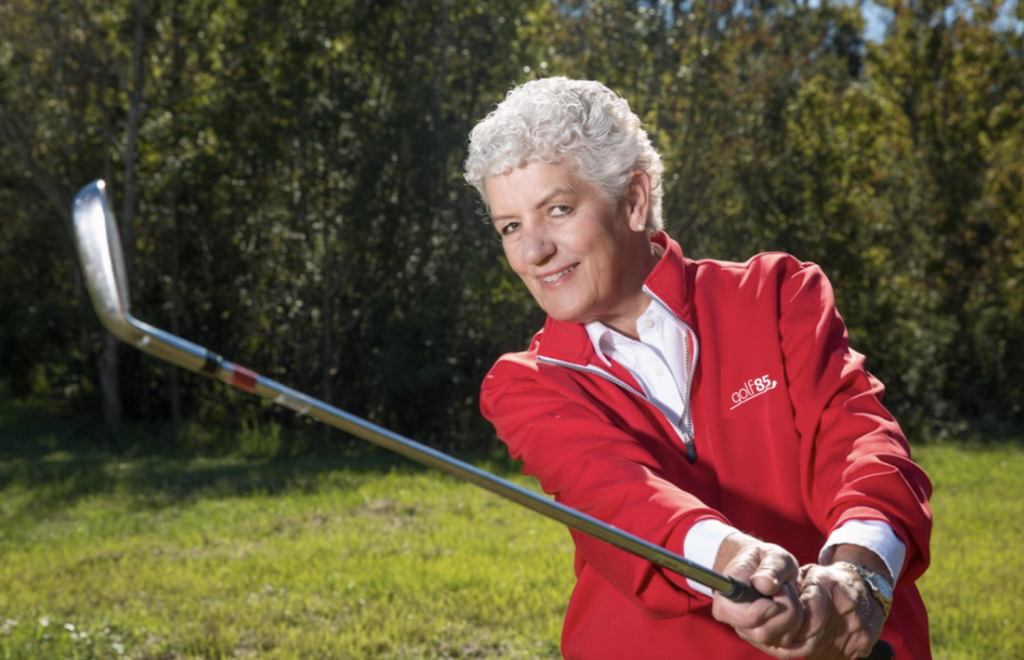 Lush landscaping has been maintained on the courses and throughout the resort so that you might ponder whether to golf or have a picnic and if you were to choose the latter, you should pick up a bottle of wine at Lakeridge Winery. Minutes away, it is Florida’s largest winery with free tours and tastings.

At Mission Inn Resort the pool complex includes a pool table and table tennis with Latin tunes playing while the Chiquita Cabana serves refreshments in season. Any season works for a dip in the heated pool or the therapeutic spa with three indented seats to sink into beside hot jets. Pick up towels at the front desk along with any answers to resort questions from yes, long term, experienced personnel. More water wonder awaits at the marina at Little Harris Lake, part of a chain that takes you to Mount Dora, an adorable little town or Taveras, the sea plane capital of world both drivable as well. Whatever you decide to do, you may begin the day with the breakfast buffet and surely end it with a smile at www.missioninnresort.com.