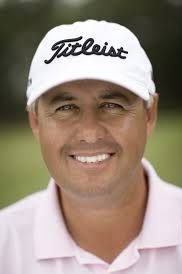 Yarwood has spent his career traveling the world coaching elite players. He is one of the most successful coaches in terms of the breadth of his achievements. Developing players of all abilities from beginners through to tour level, Jonathan has been a part of creating some of the best amateur players in the world with five USGA Champions to his credit — including U.S. Open winner Michael Campbell. 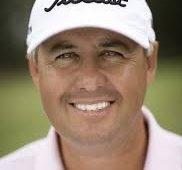 In conjunction with his extensive record of success, Yarwood was voted a ‘Top 20 Teacher under 40’ by Golf Digest Magazine in 2006-2008 and been voted in the ‘Top Teacher in State Rankings” for Florida for over a decade. He was also honored by the UK PGA, with Master Professional status, joining fellow elite professionals Pete Cowen, David Leadbetter and John Jacobs.

“I am both excited and honored to join such a prestigious club as Alpine Country Club as Director of Instruction. I will be taking my Swing Catalyst and TrackMan technology to continue my fact and evidence-based instruction” said Yarwood. “Alpine is of major championship quality and, in my view, calls for an array of top tier golf skills. I will be combining the science with the art of the game in providing world class service that members and the club deserve.”

Despite Yarwood’s success, he remains grounded and humble. Always realizing players are the stars of the show and often referring to himself as ‘the backroom boy.’ He has been recognized by players and peers alike for his own talents in teaching and feels he has a unique skill to “fix’ swings quickly and tangibly, time and time again. Not through quick band-aids, but solid well-founded solutions with a long-term plan.

“Having Jonathan on our team elevates our instructional program immensely. We have a heralded Tillinghast course, a world-class food and beverage operation, and now bringing on one of the best golf instructors around to help our members achieve success on the course. It’s an exciting time to be at Alpine,” said John Mascari, Director of Golf.

ABOUT ALPINE COUNTRY CLUB:
Alpine Country Club, situated on 196 acres in Northern Bergen County, opened in 1928 at the behest of a group of civil leaders called “The Forty Millionaires”.

Prolific golf course architect A.W. Tillinghast designed and built the ‘Aldecress’ course on the site that is now Alpine Country Club. The original name was derived from the three towns to which the course is connected: Alpine, Demarest and Cresskill. This course turned out to be the most challenging for Tillilnghast to build and is known as his “hidden gem”.

Located on the western slope of the Jersey Palisades, the rock formations found on property required blasting to shape the course to his perfection. In 1960, the course was sold to membership and the name changed.

In 2005, a long-range plan to restore the design and style of Tillinghast’s vision, as well as to preserve the landscape and improve turf quality, was implemented to ensure the enjoyment of generations to come. At that time, the 19th Hole Facility, now called the Golfhouse, was renovated and expanded and includes a grille area, pro shop and locker rooms.