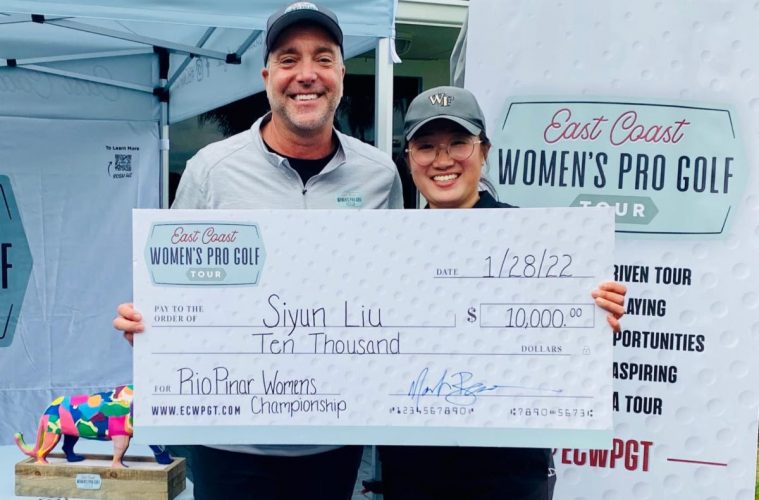 (Orlando, FL) — In a field stacked with Epson Tour players and recently minted professional players, many from big college programs, Siyun Liu (Shanghai, China) posted her second straight 4-under par round (68) to hold off hard charging countrywoman Mohan Du (Beijing, China) at the Rio Pinar Orlando Women’s Championship, the second event in the 2022 Winter Series of the new East Coast Women’s Professional Golf Tour. Du (71-70-68/209) also posted a 68 on the day, as she and Liu (70-68-69/207) were the only players to post all three rounds below par. Kissimmee’s Hailey Davidson finished third, firing a 71 on the day and finishing the tournament at 4-under par. Other players under par were Jessica Welch (Thomasville, GA) and Panitta Yusabai for Orlando, tying for 4th at one-under par.

It was Liu who stayed steady on the back nine, including a full swing 6 iron punch-hook through a three-foot gap in the trees to pin-high after pulling her driver off the tee. She followed that with a pitch to 2 feet to tap in and save par, and the championship. 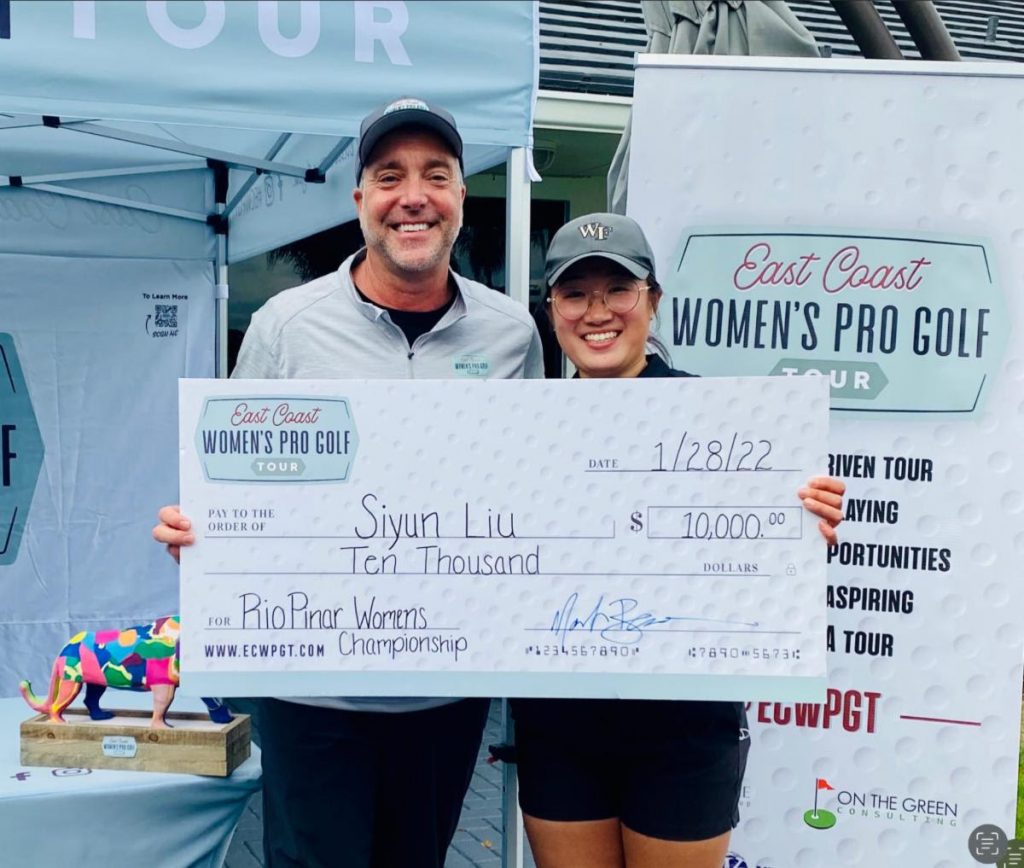 This was Siyun Liu’s first professional win. She graduated from Wake Forest University in 2021 as an All-ACC Team member and a WGCA All American Scholar. Her $10,000 check is a significant start to her professional career, especially, as she explained in her post round interview, that she entered the tournament last minute having just learned about it from a friend by email. She was originally signed up for the LPGA Monday Qualifier as an alternate, but did not get in. “I really appreciate the opportunity here. I’ve been practicing at school and going through some swing changes. Today was my first bogie free round in a long time. It’s been just so fun and awesome out here and this course was tough. The greens were so fast.” In response to Liu’s shot on the 18th to save par and clinch her victory, head ECWPGT rules official Brian Decker said, “I’ve been officiating at every level for more than 30 years, and I have never, ever seen a shot like that on 18. These players are so talented. It’s been really fun to watch.” For complete leaderboard coverage, please click here.

Rio Pinar Country Club has been home to many LPGA and PGA Tour event, including the Florida Citrus Open in the mid-1970’s which feature the like of Jack Nicklaus, Hale Irwin, Arnold Palmer and Lee Trevino. The Club recently underwent a $3 million renovation to its golf course and club house and is excited to be hosting its first professional women’s tournament since doing so. This is the first professional women’s event since those LPGA days. Said Director of Golf Cole Hinson, “We’re doing a photo shoot with Siyun right now so we can get it hung on the wall here with the rest of these great champions. It was energizing to have these ladies here, and we can’t wait to have them back.” Rio Pinar Director of Golf Cole Hinson with his Player Signed flag. 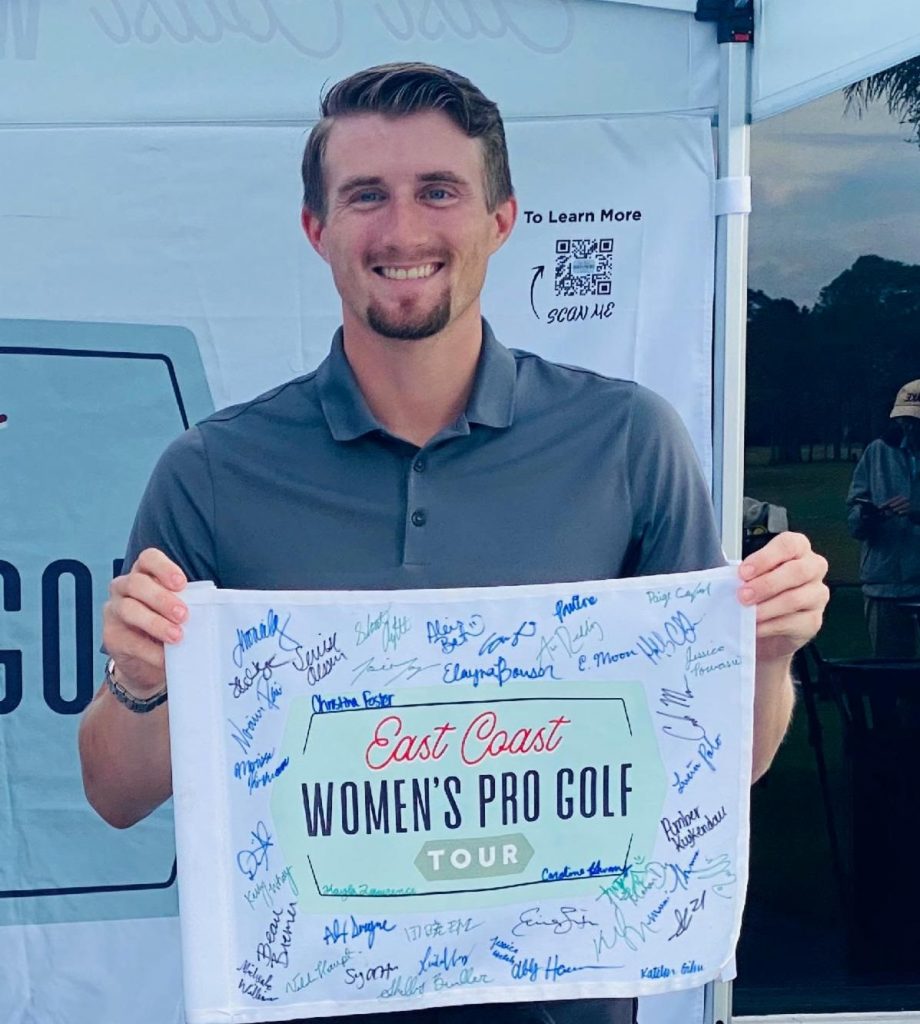 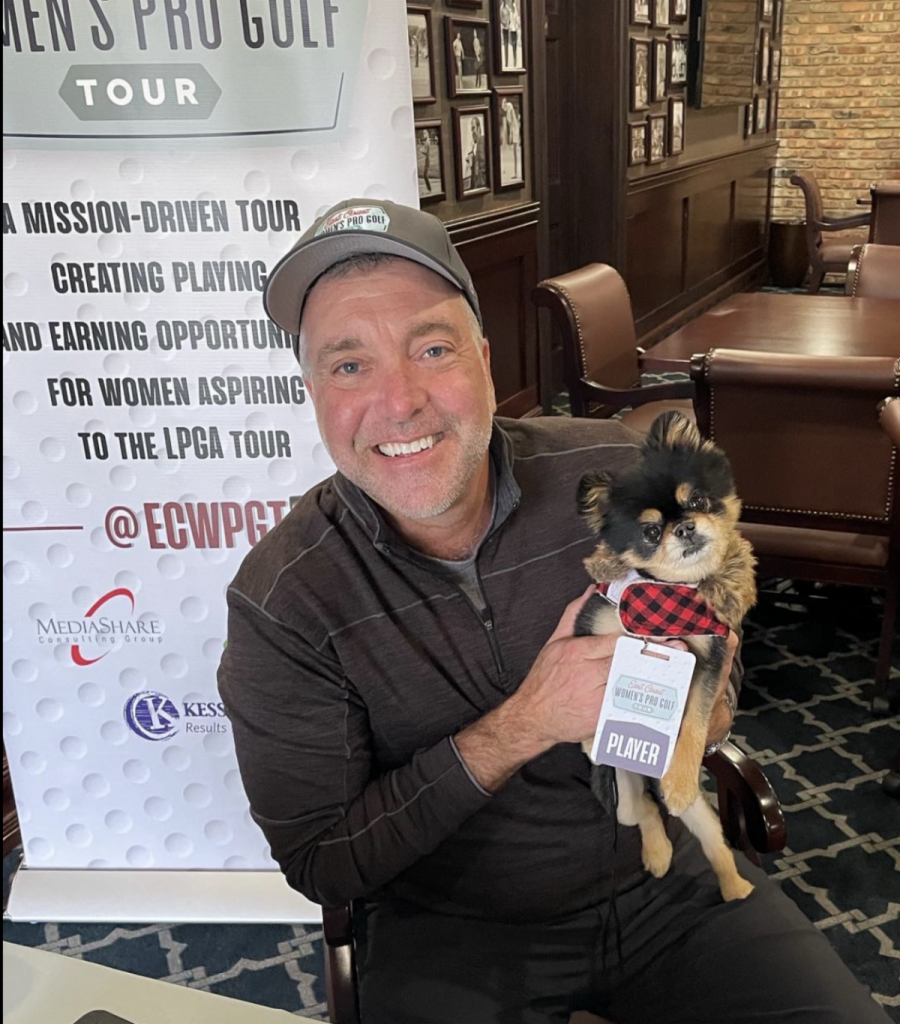 Golf fans can follow the ECWPGT action on the Tour’s website www.ecwpgt.com or via social media at @ecwpgt. The ECWPGT will move next week to Eustis, FL for the Redtail CC Women’s Championship being hosted at the Admission is free. The tour is always seeking volunteers host families for housing our players. At left, Rio Pinar Volunteers Hind Hinson and Lisa Peden. 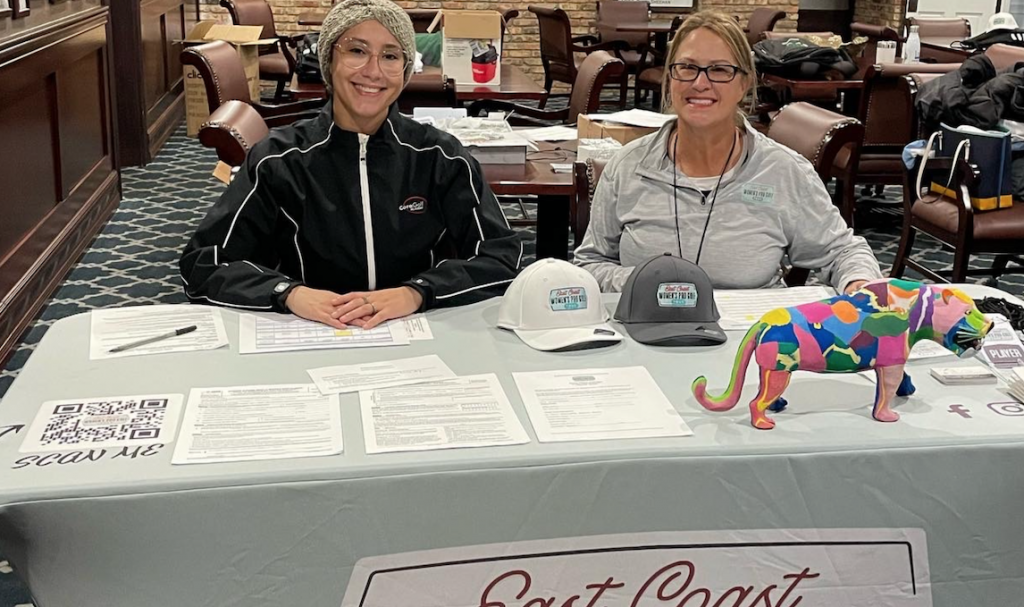