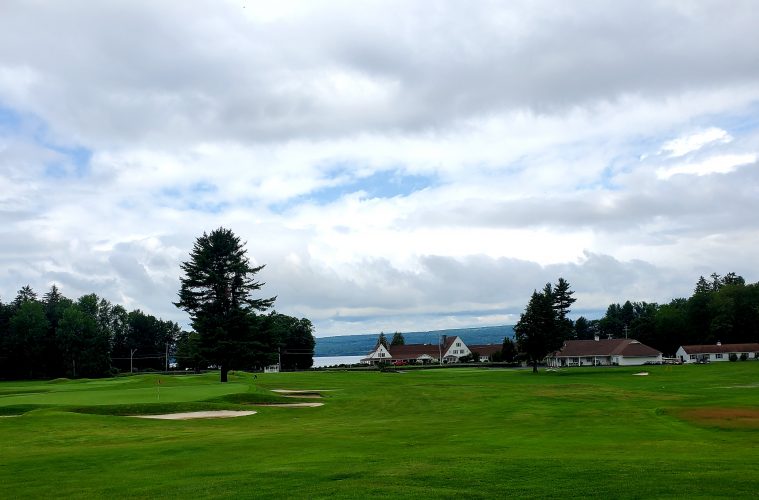 While Turning Stone Resort sent a happy birthday and thank you message from Ray Halbritter to former guests, Robert Todd of Turning Stone set up a round on Danny’s birthday at Teugega Country Club in Rome, New York, which is celebrating the centennial of the course’s construction. What a beautiful layout Donald Ross created 100 years ago. The club pro back then kicked off the club launch by playing a golf round with Sarazen and Hagan. Current Director of Golf, Steve Campanaro who was named CNY PGA Pro of the Year, tried to replicate that event this year. 400 club members along with the President of the Donald Ross Society and author Bradley Klein were invited last month to celebrate with $10k fireworks and music on the shore of Lake Delta, where the regal old clubhouse sits. A new upright granite fireplace stands on deck with another more secluded firepit closer to the water. A club marina completes the serene picture. 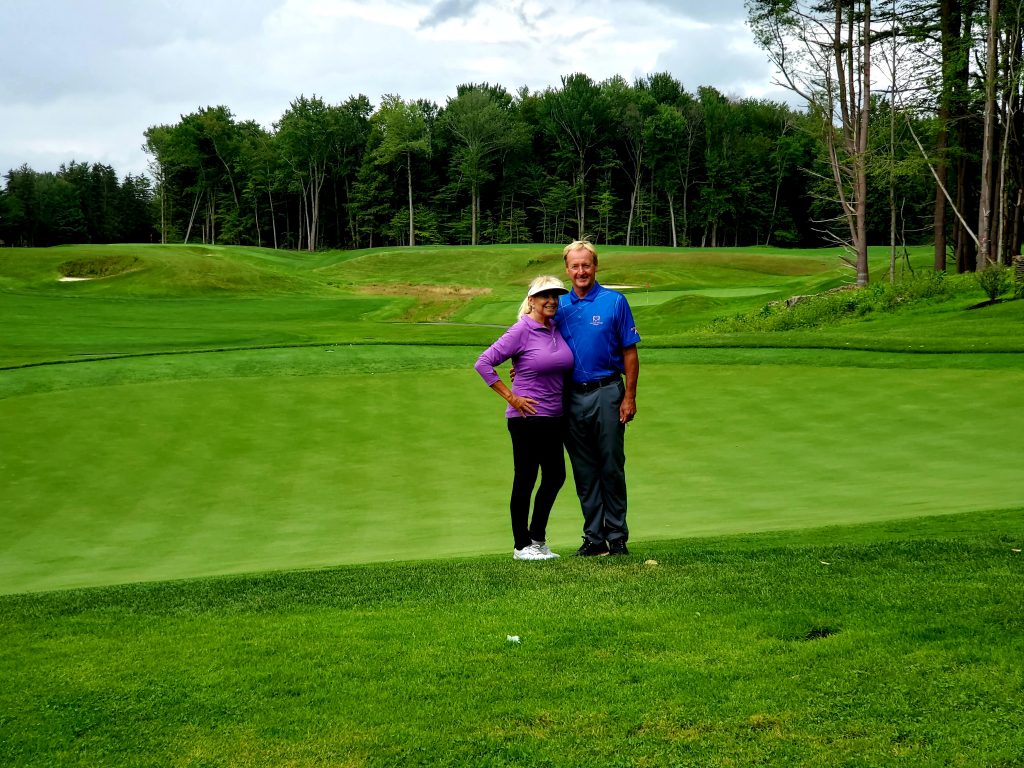 Steve Campanaro previously worked at Turning Stone with Robert Todd. Little did we know, he was responsible for setting Danny up as Rickie Fowler’s caddie in the Notah Begay event of 2013. He also owns the popular Back Nine Restaurant and Sports Bar down the road. Since 2012, Steve has worked with members to improve the club with bunkering, drainage projects and more that began with a plan drawn by Barry Jordan in 2004. From 8-12, kids’ events are held in the practice area. After practice they might enjoy the pool or the lake. The lake covers the former town of Delta, New York, a result of purposely flooding the area by the convergence of rivers with a gigantic dam, installed for power generation.  The rivers’ currents still circulate in Lake Delta. 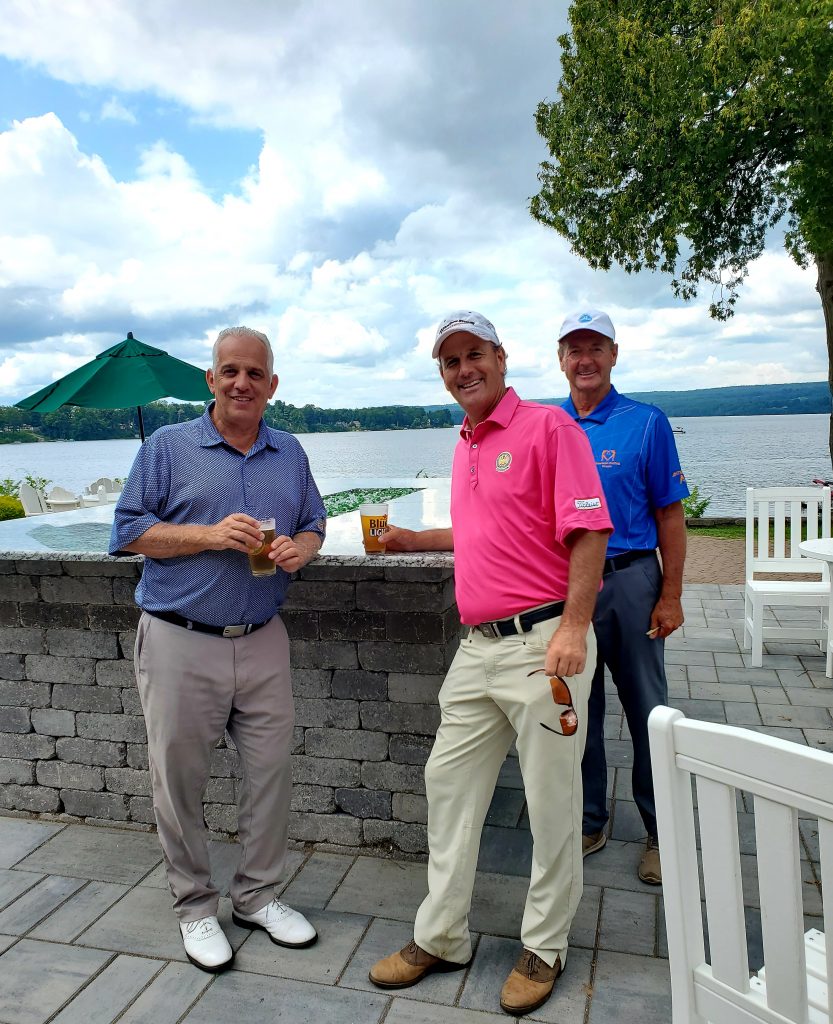 Teugega is a picture puzzle setting, a slice of Americana. Throughout the course and clubhouse, memorabilia remind us of the rich history, though many artifacts were sent by Steve to Tufts at Pinehurst for wider public enjoyment. When in Rome, check out Teugega Country Club for possible membership and real estate. $4300 membership fee for a senior family plan (age 35+) will make a lifetime of memories. See more history and info at www.teugega.com. 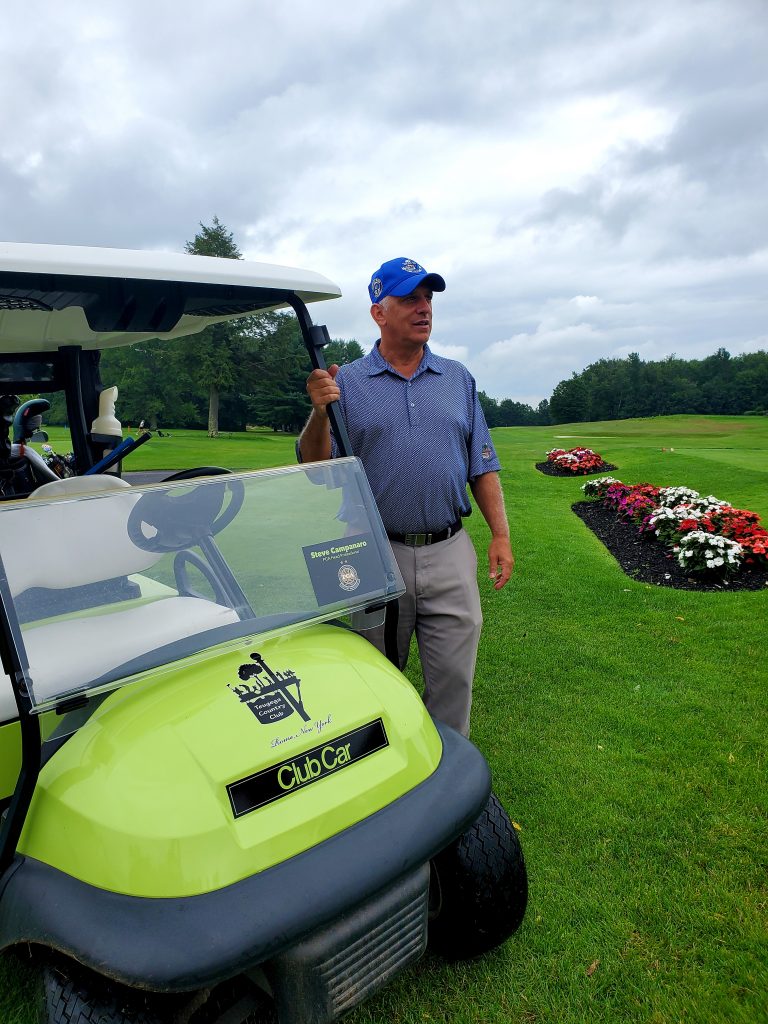