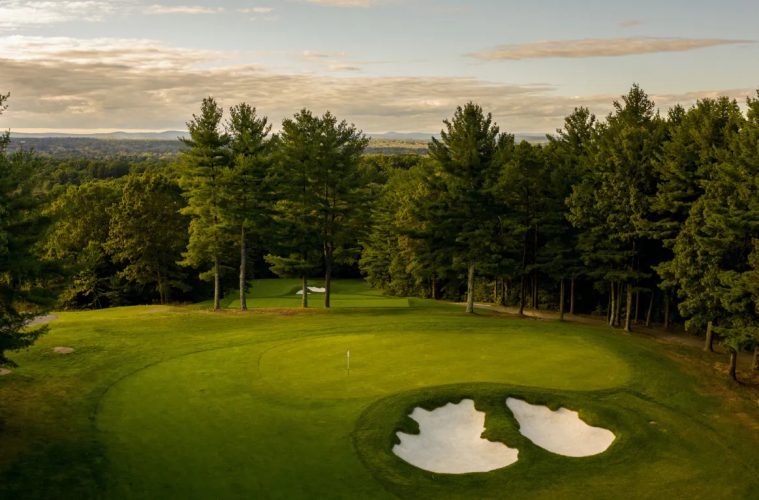 Bolton, Massachusetts (August 31, 2022) – LIV Golf today unveiled the 12 teams from the 48-player field competing in the LIV Golf Invitational Boston. This is LIV Golf’s fourth event of the season, which tees off September 2-4 at The International. The LIV Golf Invitational Series features teams of four where players compete as individuals and teams for both points and prize money. 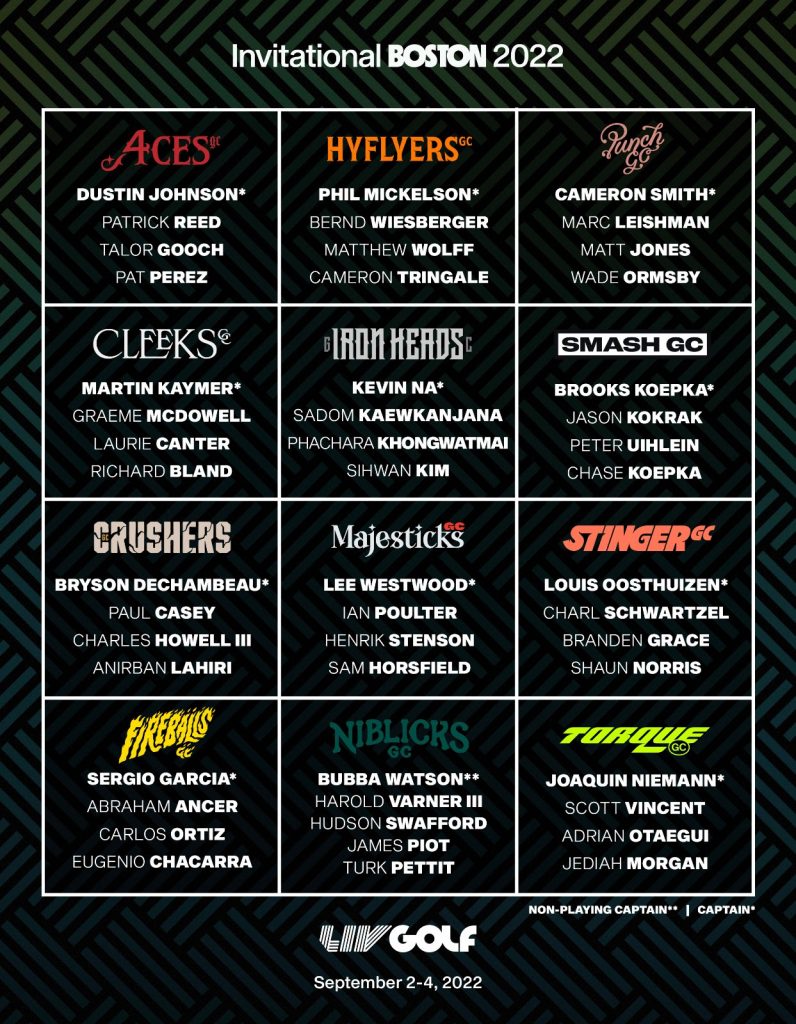 Led by the 1-2 punch of Johnson and Reed – who each finished inside the top 5 in the individual standings at LIV Golf’s second and third events – the American foursome will try to make it three straight team titles against a field that welcomes six notable names making their LIV Golf debuts. New players include world No. 2 and 2022 Open Champion Cameron Smith, world No. 19 and top Chilean golfer Joaquin Niemann, Harold Varner III (No. 46), Cameron Tringale (No. 55), Marc Leishman (No. 62) and India’s top-ranked pro Anirban Lahiri (No. 92). Amongst the newcomers, Smith (Punch GC) and Niemann (Torque GC) will serve as team captains in Boston along with two-time Masters champion Bubba Watson, who will debut as a non-playing captain for Niblicks GC and will make on-air contributions to live event coverage.

LIV Golf is owned and operated by LIV Golf Investments whose vision and mission are centered around making holistic and sustainable investments to enhance the global golf ecosystem and unlock the sport’s untapped worldwide potential.

LIV Golf Investments is a newly formed company, with group companies in the USA and UK. Its purpose is to holistically supercharge professional golf on a global scale to help unlock the sports’ untapped potential. Greg Norman is the first and founding CEO of LIV Golf Investments. PIF, one of the world’s largest wealth funds, with a diverse international investment portfolio, is the majority shareholder in LIV Golf Investments.