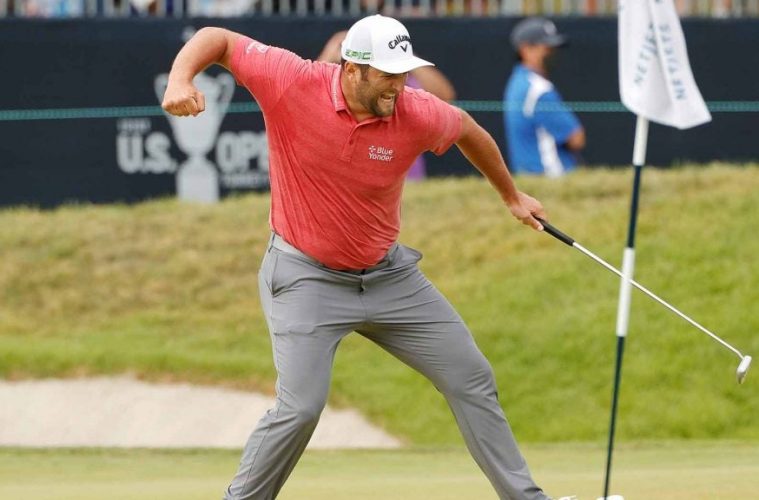 1st Spaniard to win U.S. Open
by Matt Ward
SAN DIEGO, CA. Heading into the final round for the 121st U.S. Open no less than 13 players were within four shots of the lead held jointly by three players. The Sunday fireworks came early during the concluding round and as the final pairing of Louis Oosthuizen and Mackenzie Hughes left the 9th green – the lead was shared by Oosthuizen and defending champion Bryson DeChambeau.

Only one player among those closest to contending successfully negotiated the rigors of the back nine of the South Course at Torrey Pines without a blemish on his scorecard — it was Rahm winning his first major and adding to the legacy of Spanish golf in becoming the first player from his country to claim the championship of the second oldest major event in golf.

Rahm reached the penultimate hole one stroke behind the South African Oosthuizen. Facing a challenging 25-foot putt with no less than six feet of break from left-to-right the 26-year-old sunk the putt and emphatically punched the air with his fist and move into a tie for the lead.

On the final hole Rahm positioned his tee shot and opted for a 4-iron second to the dangerous par-5 finisher protected in front by a menacing pond. Rahm’s 2nd sailed right finding the greenside bunker. After surveying the position of the flagstick and realizing how perilous a play it would be to attempt to get close to the hole, he opted to play smartly to the right leaving himself 24 feet. Incredibly, Rahm sunk the birdie putt pushing him into a lead he would never relinquish.

Rahm’s final round 67 matched the low 18-hole round for the week giving him a 72-hole cumulative score of 278.

The stage of the 18th green on the South Course at Torrey Pines is a most familiar one for the Spaniard — in 2017 Rahm curled in a 50-foot eagle putt to claim his first PGA Tour title in the Farmers Insurance event after also trailing by three strokes going into the final round.

Rahm’s last event came at The Memorial two weeks prior to the U.S. Open and he was forced to withdraw after three rounds of play after testing positive for COVID-19. The Spaniard’s play in Ohio was stellar, -18 and a six-shot lead going for naught.

“I’m a big believer in karma,” said Rahm, “And after what happened a couple weeks ago, I stayed really positive knowing good things were coming. I didn’t know what it was going to be, but I knew we were coming to a special place, I just felt like the stars were aligning, and I knew my best golf was to come.”

Rahm further explained — “I have a hard time explaining what just happened because I can’t even believe I made the last two putts, and I’m the first Spaniard ever to win a U.S. Open. This was definitely for Seve [Ballesteros]. I know he tried a lot, and usually we think a lot about him at the Masters, but I know he wanted to win this one most of all. I just don’t know how to explain it.”

Oosthuizen valiantly held his own on the inward half — calmly sinking demanding par putts throughout the back nine as he reached the par-4 17th. Needing to finish with at least one birdie and par to secure a tie with Rahm, Oosthuizen inexplicably pulled his tee shot left at the 17th into the adjoining penalty area. After a one-shot penalty in dropping his ball Oosthuizen played a solid wedge shot from 131 yards to eight feet. The par putt never broke enough left and the resulting bogey meant the 38-year-old would need to eagle the last to force a playoff. It was not to be as Oosthuizen’s tee shot found the left rough and after laying up short of the pond his pitch from 69 yards to tie missed. Oosthuizen would hole the anti-climactic birdie putt from eight feet and duplicate his finish at the May PGA Championship with another runner-up position.

The final nine holes of any major championship are always replete with key shots — successful ones and those less so. As the seven players proceeded through the inward half the ongoing misplays resembled car crashes more attuned to NASCAR than golf.

One-by-one the key players in contention gave ground with only Rahm and Oosthuizen able to maintain their respective positions till the exciting conclusion. 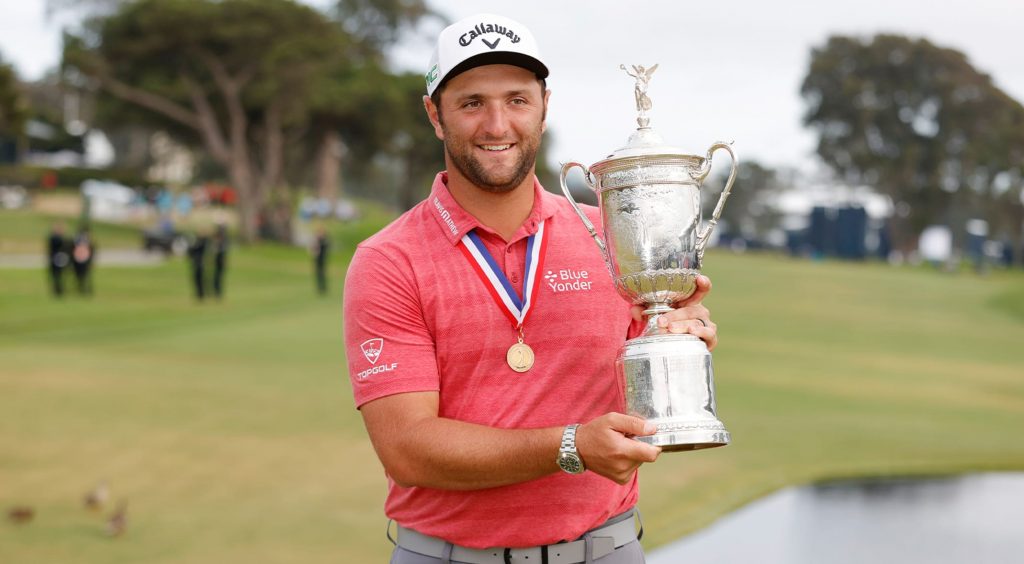 Odds and Ends from Sunday’s Final Round 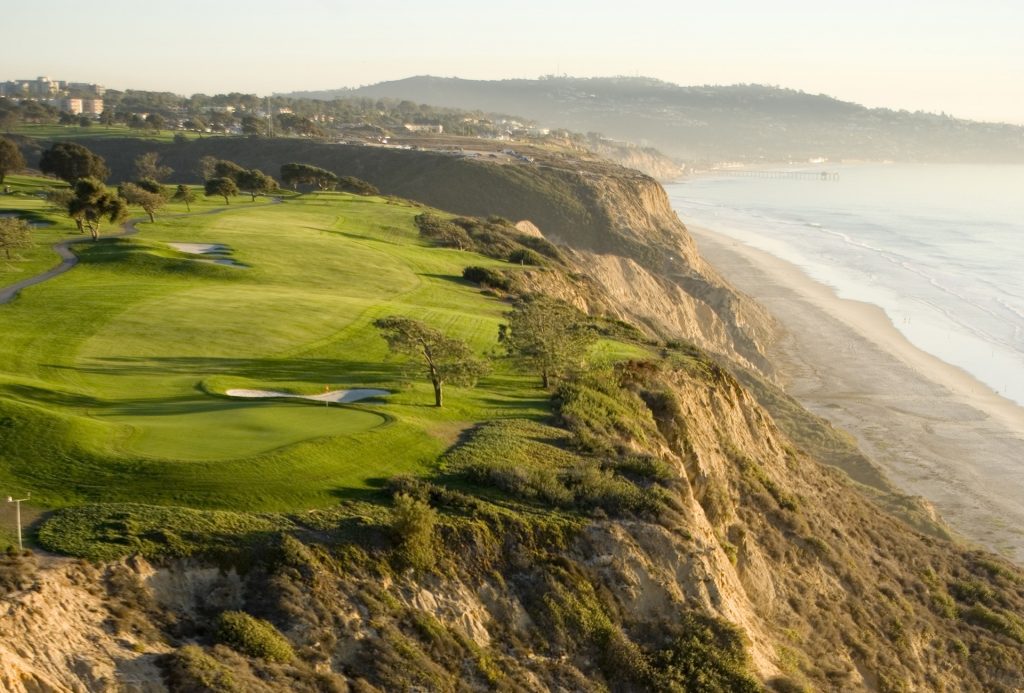