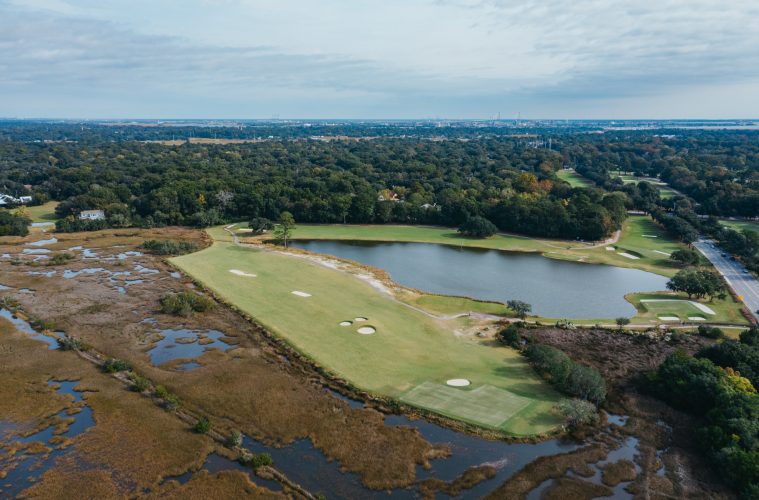 Options – no one word best captures the essence of a superior golf hole.

Having a range of choices to decide provides a test of decision-making. Great holes provide a range of pathways to follow. One must choose wisely. The mental process in thinking smartly and executing correctly ultimately determines one’s success or failure.

Municipal golf in much of the United States provide a functional component. While there are notable facilities that have hosted major championships such as Bethpage Black, Torrey Pines South and Chambers Bay, the bulk of “muni” layouts are meant to provide rudimentary recreation at reasonable costs for the broader masses.

Charleston Municipal Golf Course has a rich history — providing a meaningful connection to the community it serves. Opened in 1929 via a land donation by C. Bissel Jenkins and designed by John E. Adems, the 120-acre layout was fairly basic in terms of its overall architecture. During that time the renowned architect / engineer Seth Raynor was in the greater Charleston area creating two of his most stellar designs — Yeamans Hall and CC of Charleston. His contribution to Lowcountry golf was the inspiration for local architect Troy Miller and influenced the final transformation in what Charleston Municipal Golf Course is today. 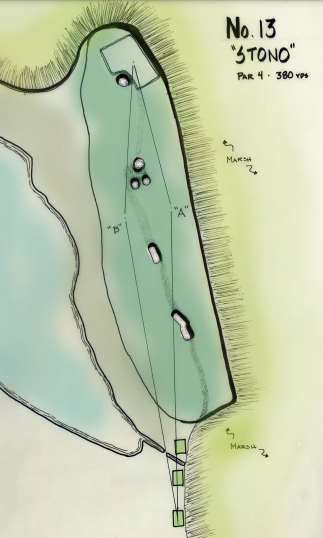 Raynor’s style was influenced through his connection to the father of American golf — Charles Blair Macdonald, creator of such iconic courses as Chicago Golf Club and The National Golf Links of America. Miller brilliantly included various template holes that Raynor used repeatedly in his designs. The resurrection of Charleston Municipal is a clear homage to Raynor style and provides the thought-provoking course that exists today. In concert with the City of Charleston and via a partnership with Friends of the Muni, $3 million was raised for the completely successful updating.

The finished effort opened not long before the playing of the 2021 PGA Championship at The Ocean Course at Kiawah, located nearby to Charleston.

When you arrive at 13th tee your eyes pan the wide fairway provided. Off to the right marshland feeding into the Stono River and to the left a large-sized pond. The framing of the hole adds to the excitement — an enchanting panorama.

That quickly shifts when coming to terms with a series of center-placed bunkers placed at different intervals. 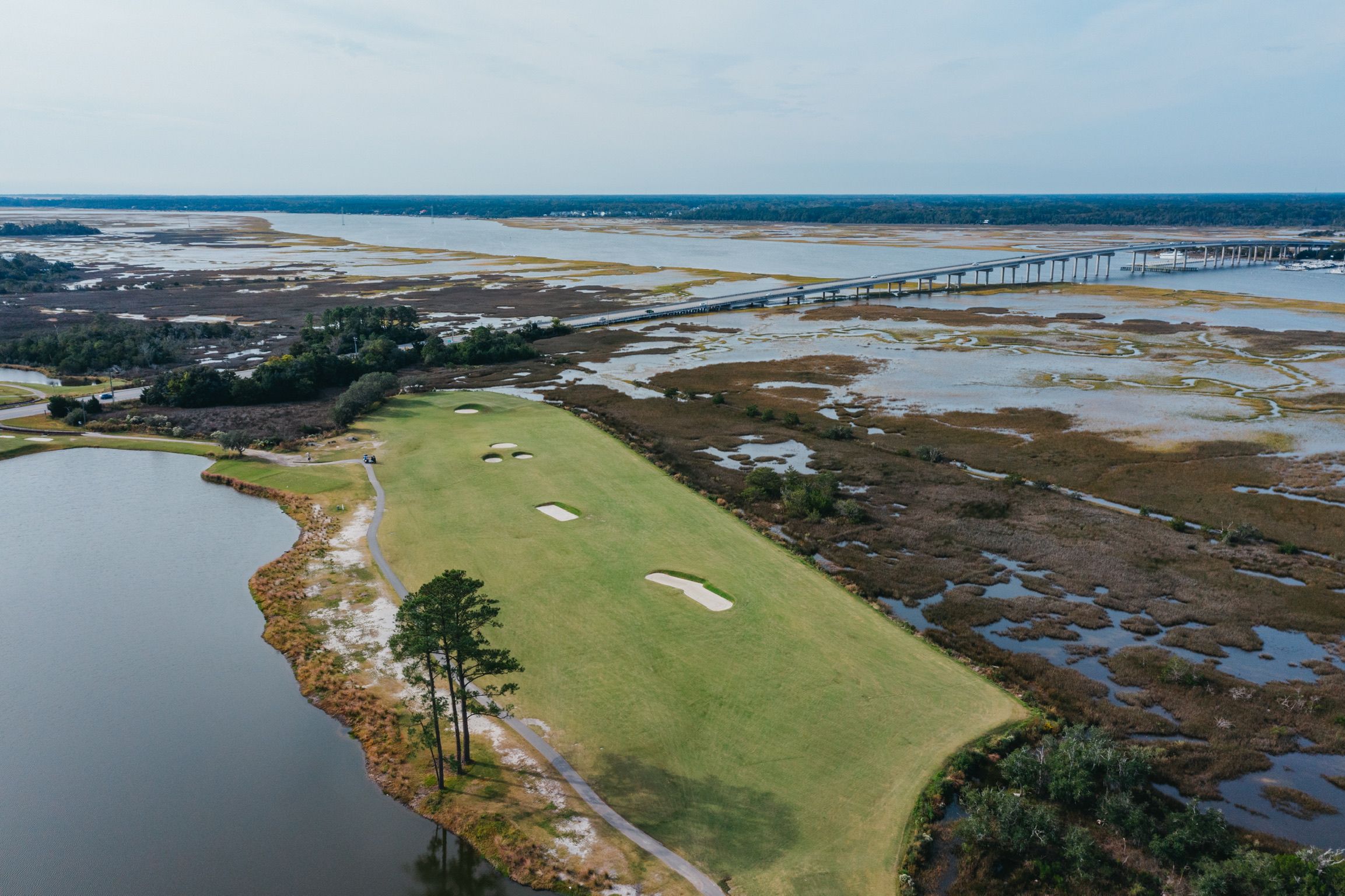 Players can opt to veer either left or right of them but the bolder line is to the right. Why? The best angle for the approach comes from that side.

Those opting for the more spacious landing area afforded to the left will then need to account for a massive front left greenside bunker that protects the green in no less a fierce position than a junkyard dog protecting its territory. This seven-foot-deep pit can quickly swallow golf balls and golfers creating a perilous position. 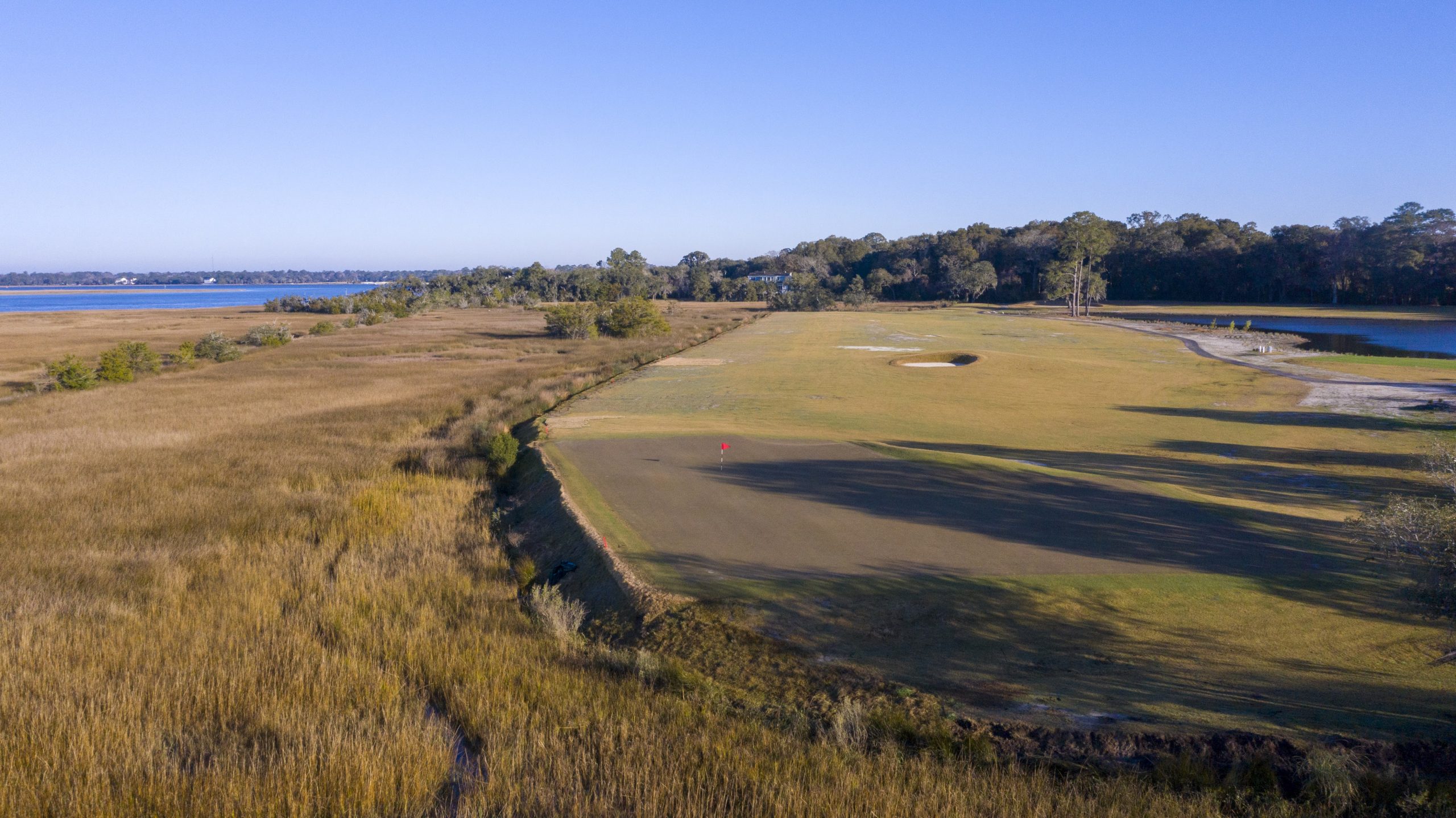 Hole 13 from an alternate angle

The 13th also includes a trio of fairway bunkers patterned after the cluster of bunkers called ‘The Principal’s Nose,” found on the 16th hole at The Old Course.

Here the cluster is well-positioned and requires a tee shot of 300+ yards to carry. For those possessing less physical strength one can maneuver to either side of them. Again — the central strategic issue comes forward. Staying left finds a more spacious landing area but on a slightly lower level of terrain which then elevates the rigors of the approach as you must then account for the massive greenside bunker which like any predatory octopus is quick to envelop the hapless play.

Those opting to the right side encounter a narrowing strip of land – roughly 30 yards in width and flanked by the Principal Nose bunkers to the left and the marsh to the right. A successfully negotiated effort will be provided with a far better angle to any pin location on the 8,000 square foot target. 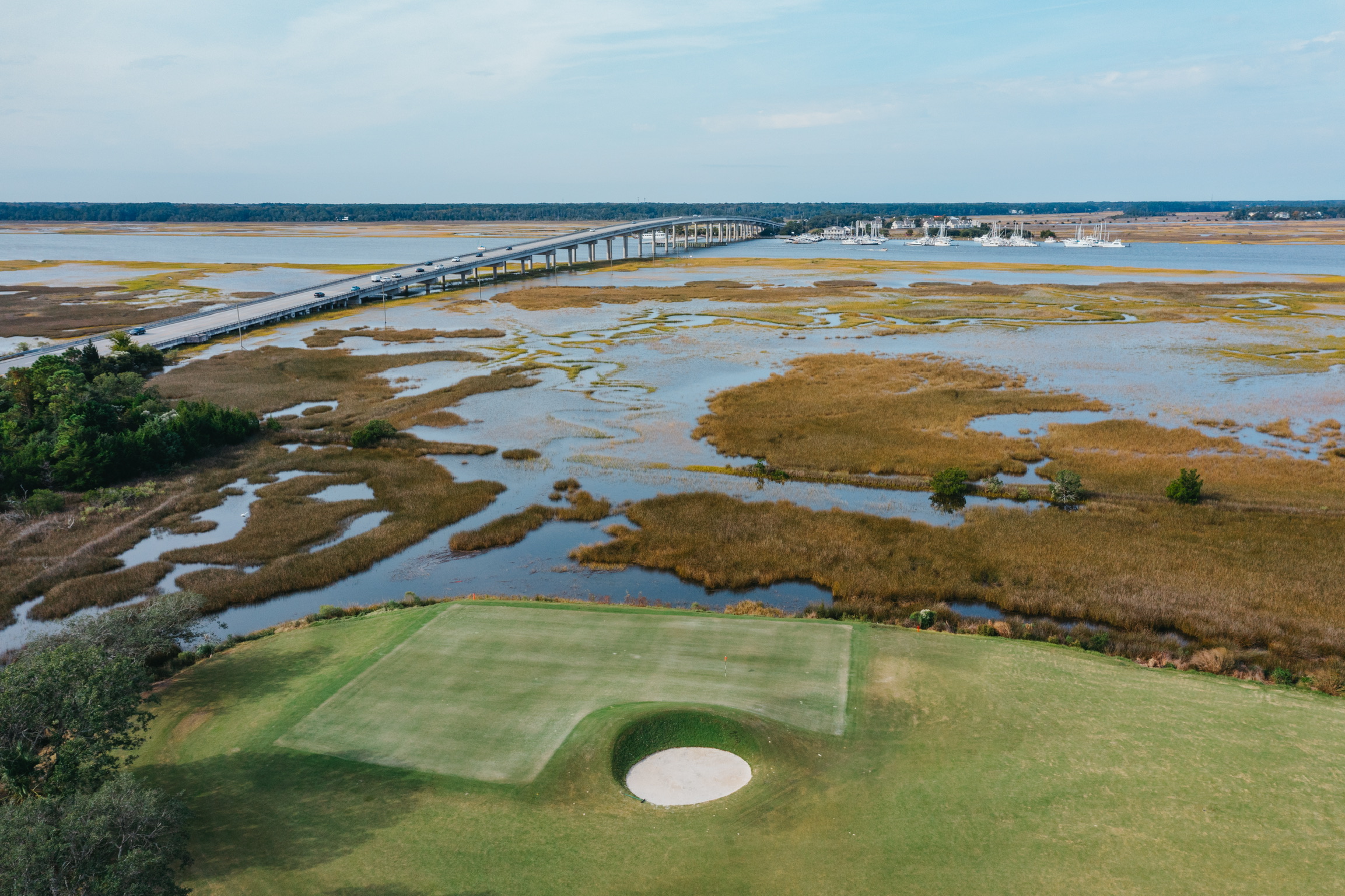 The green also contains an array of internal puzzles to solve. When the pin is cut either near the front left or pushed close to the right side where the marsh awaits, the player must smartly assess their ability level for the approach shot they wish to play.

Risk is centermost on the tee shot and with the approach. Adding to the task is the open land area where the 13th is situated. Much of Charleston Municipal is flanked by trees but a portion of the inward half of holes is exposed to the varying breezes which only add to the challenges encountered.

The most crucial improvement for the 13th came during the 2020 renovation in correcting major drainage issues that would take place following any significant storm.

“Today, the hole has been elevated between 5 and 7 feet from its original elevation, material provided by the newly dug-pond along its left boundary,” said architect Troy Miller.

“This design provided better playing conditions, increased stormwater capacity and an enhanced environmental state, by keeping the tidal salt water within the marshes and capturing the golf course runoff in a large pond. The transference between these two unique environments is no longer an issue and the health of both ecosystems is better for it.”

Municipal golf need not be pedestrian and the success of Charleston Municipal — over 50,000 rounds played annually — demonstrates how accessible golf can be both affordable and compelling.

Hole 13 from an alternate angle: The Fried Egg