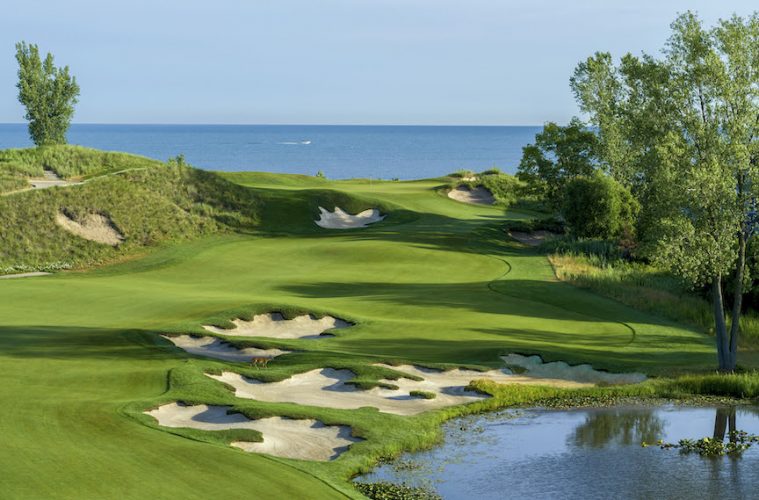 This year marks the ten-year anniversary of the grand opening of the Harbor Shores Resort project. To help celebrate this important milestone, Whirlpool Corporation and Harbor Shores are releasing a four-part digital series that tells the story of how the community worked collaboratively on multiple projects, including the resort development, as part of a multifaceted transformation of the surrounding Southwest Michigan area.

A teaser trailer for the series was released today, with four full videos to be released throughout the next several weeks. All videos will be housed on the Harbor Shores website as they go live, and viewers are encouraged to check back weekly for each installation of the series.

Harbor Shores Resort, which includes the Jack Nicklaus Signature golf course and The Inn at Harbor Shores, is the realization of a vision made possible by $900 million in strategic investments and a collective array of relationships and community partners, including Whirlpool Corp.

The Nicklaus Signature course sits on the same site where 6,000 manufacturing jobs were lost over an 18-month period in the 1980’s. These empty buildings sat on nearly three million square feet of industrial materials and contaminated soil. In 2008, that property had little state equalized value, and by 2017, the same land had a taxable value of nearly $74 million.

The 400 affordable homes in the Hope VI Project, the 120 homes made possible through Habitat for Humanity, the new Boys and Girls Clubs facilities, the City Center project in Benton Harbor and the vibrant Arts District are all a part of the more than $350 million of community projects and entrepreneurial endeavors that have been part of a cohesive and interdependent set of strategies to help grow this area.

“While we celebrate the tenth anniversary of the grand opening of the Harbor Shores Resort, the spotlight has shifted from the contrast of what once was and is today, to shine instead on the amazing spirit of countless people who have worked tirelessly together to make this vision a reality,” said Jeff Noel, managing director of Harbor Shores and vice president of communications and public affairs at Whirlpool Corp. “Harbor Shores is but one stone in the new foundation this community has been building for some time, and the indisputable proof of what happens when people come together for the greater good. This video series provides a chance to both pause and reflect on where we have been and most importantly, visualize the possibilities of what we have yet to accomplish.”

The digital series tells the story through multiple perspectives, highlighting leaders who have a unique personal connection to the area and have witnessed this transformation firsthand. The series also spotlights critical organizations and partnerships that have been part of the Harbor Shores journey, including local offices of The First Tee, Habitat for Humanity, United Way, Boys & Girls Club, as well as the Cornerstone Foundation, Southwest Michigan Tourism Council, PGA of America and more.

To watch the digital series as it is released, or for more information on Harbor Shores Resort, visit harborshoresresort.com.

For more information on Whirlpool Corporation and their CSR initiatives, visit whirlpoolcorp.com/social-responsibility.