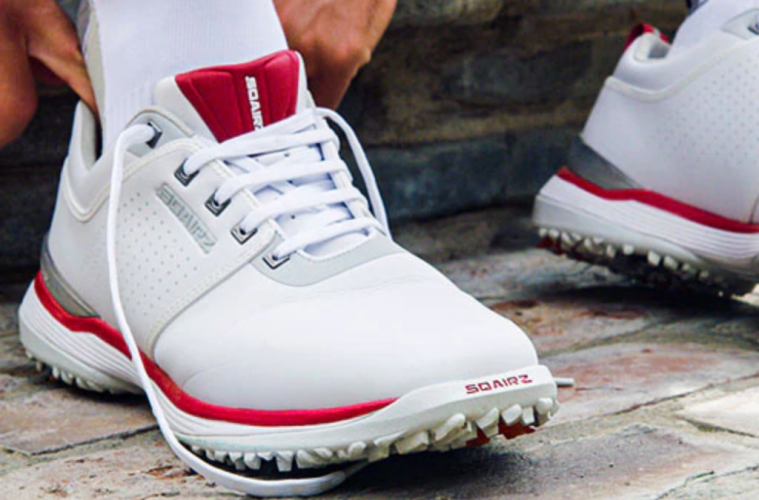 Straka, who first wore SQAIRZ at the 3M Open during which he shot a final-round 63, will wear the shoes this weekend at THE NORTHERN TRUST, the PGA Tour’s first playoff event. As part of the deal, he will have the SQAIRZ logo on the collar of his shirt and golf bag, and will be featured in the company’s upcoming marketing material.

“We are thrilled to team up with Sepp Straka, who is on a considerable upward trajectory,” said Robert Winskowicz, SQAIRZ founder and CEO. “We believe that SQAIRZ provides unparalleled performance for golfers, and we’re excited to have Sepp showcase that on the tour.”

This week, SQAIRZ also unveiled two new colors for its inaugural line: Navy with White and Gray with Gray. Both are available now on the website.

The first Austrian to earn a PGA Tour card, Straka is in his second year on the PGA Tour and has two top-10 finishes this season. Since turning professional in 2016, he has 25 total top-10 finishes and a victory at the 2018 KC Golf Classic on the Korn Ferry Tour.

“Balance and stability are the keys to a great swing, and SQAIRZ provides a foundation that I’ve never had before,” Straka said. “I’m excited to work with the company to showcase the importance that shoes can have in any golfer’s performance.”

A big part of that performance equates to distance. A recent study, conducted by Golf Laboratories, Inc., revealed that amateur golfers wearing SQAIRZ, as compared with those wearing other shoes, gained an average of 2.2 miles per hour in swing speed and 8.8 yards in distance off the tee.